Niamh at work in her studio at home in Clonakilty

It was only when she was forced to slow down to recover after an accident with a horse that Niamh Morrison discovered her passion for silversmithing, which has led to an exciting new career for the mum-of -three

A CLONAKILTY-based woman would never have discovered her passion for jewellery-making and launched her new career if she hadn’t been involved in a serious horse riding accident.

Niamh Morrison was, and still is, very involved in all things equestrian. At the time of her accident she had around 10 horses, was teaching riding, judged at shows and helped youngsters prepare for riding exams.

The mum-of-three, who also worked as a receptionist in her husband Declan’s dental practice in the town, remembers it as a busy time.

‘That particular evening I was getting ready to teach a class and I went to bring in a horse when the animal kicked me, full force in the stomach. I was very lucky that people were due in for a class, as they found me in the field, completely floored. 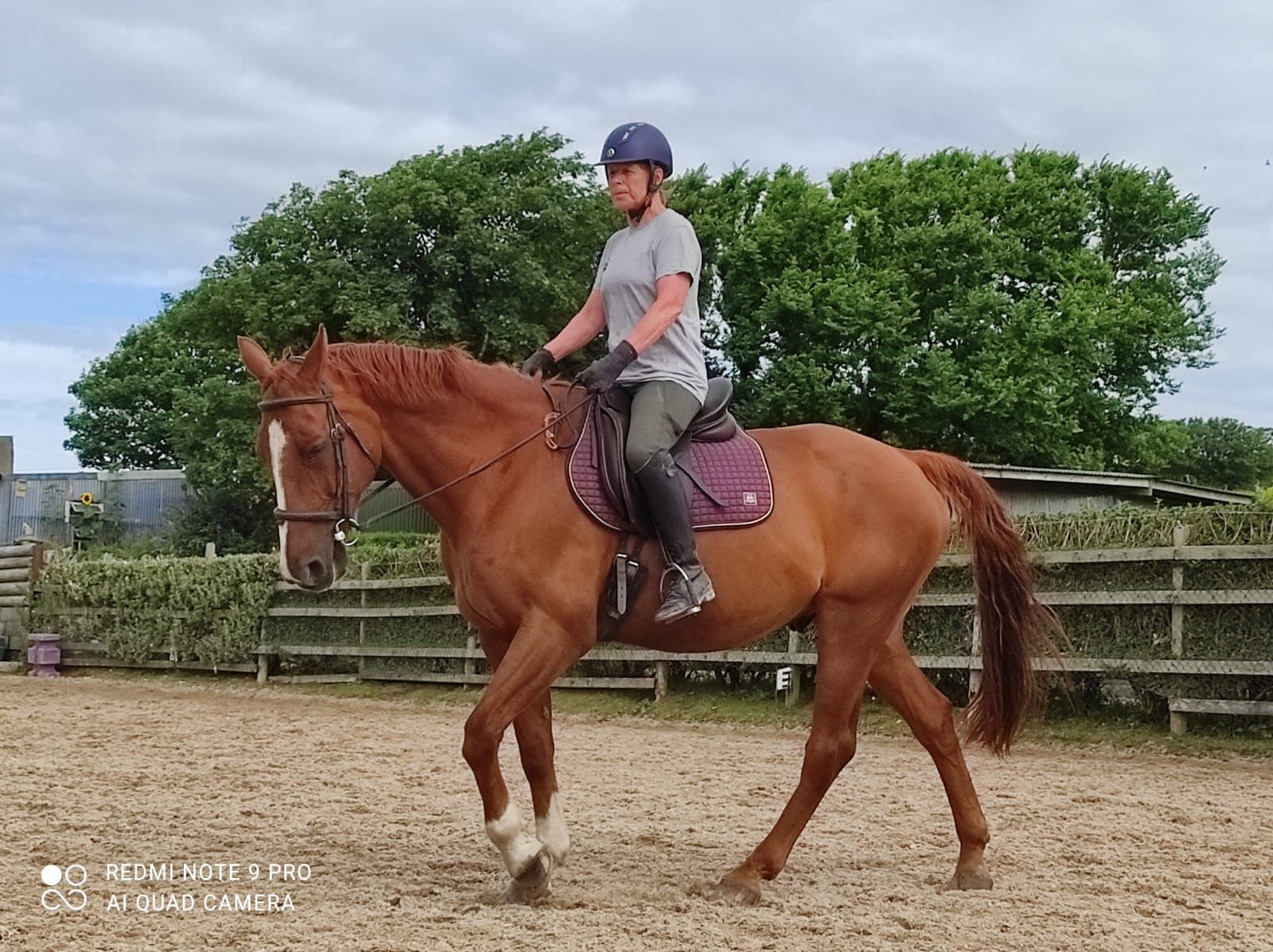 Niamh on her 20-year-old horse Bob. Her accident hasn’t deterred her from riding at all.

‘West Cork Rapid Response were my saviours. Dr Jason lives locally, and I was attended to by both him and an ambulance. It was only when they arrived that I lost consciousness.

‘I suffered 80% damage to my liver, had internal bleeding and had broken ribs. I spent over a week in the Intensive Care Unit and was in hospital for well over two weeks.’

The horse she was kicked by was very fit and healthy as her son Brian was competing on him in European championships at the time.

‘Horses are not at all predictable,’ she said. ‘You must always be alert and I must have just taken my eye off the ball for a moment.’

Fortunately, though, Niamh who was in her early 50s when she was injured, was also very fit and healthy, and has a very positive outlook.

‘I didn’t have time to be injured! I enjoy ‘doing,’ and I get on with things,’ she said.

Nonetheless there was a period of recuperation involved.

In what she calls a twist of serendipity, she had ordered a booklet on silversmithing before the accident, which arrived during this period.

Niamh, who studied architecture in college, was always very into crafting – everything from painting, textiles and tapestry, you name it, she had tried it.

‘But when I started silversmithing it was different – I knew this was it for me, that I had found my thing after 50 years of crafting.’

She started classes in Bandon with Michael Duerden from Leap, and learned the basics from him. 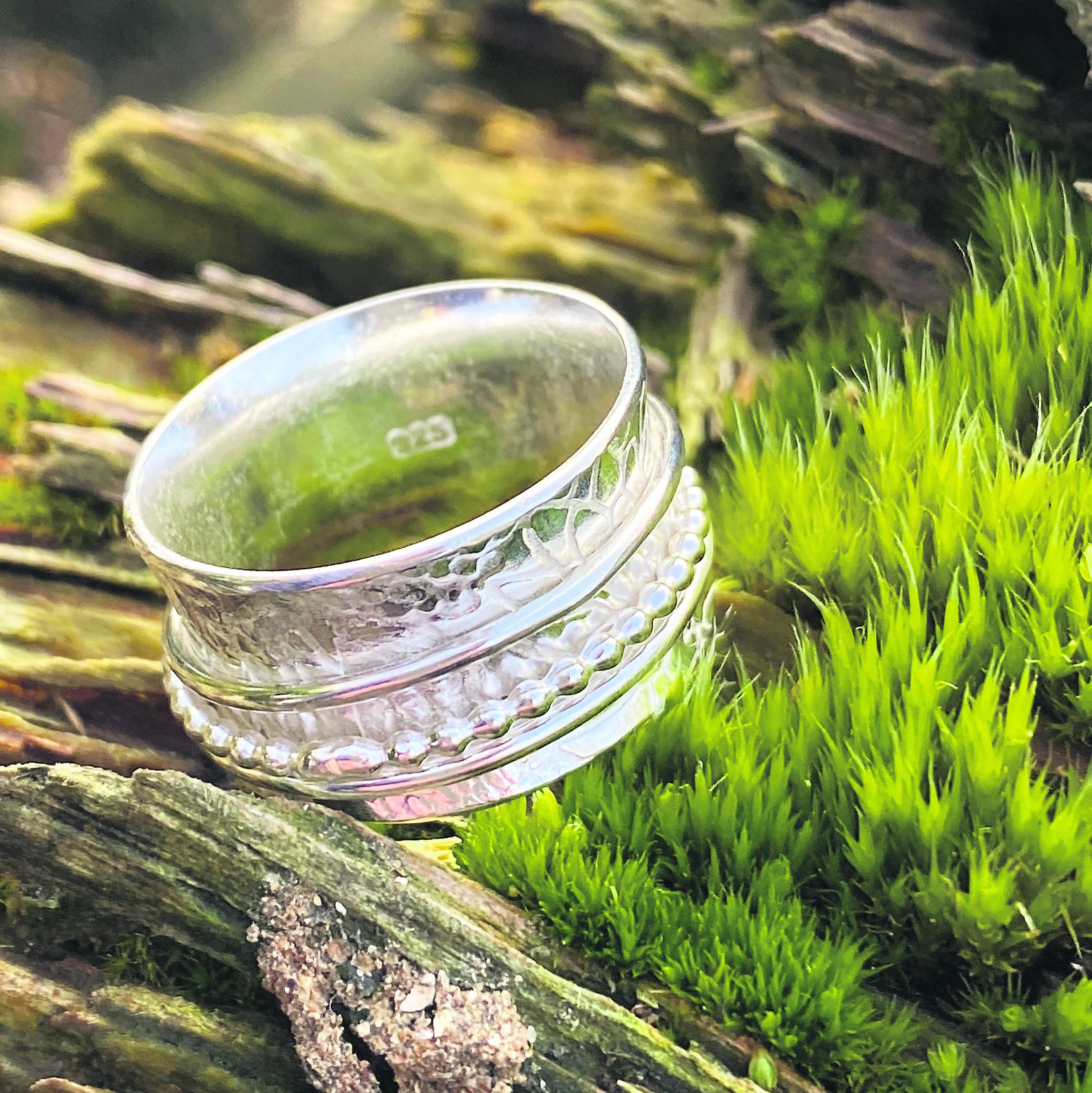 ‘Then it was just me and YouTube, and learning by trial and error,’ the Limerick woman said.

That approach clearly worked well for her as around seven years ago she launched HEN Jewellery (standing for hand, ear and neck) and is part of Cork Craft Month which, throughout August, is dedicated to promoting quality Irish craft and design to global and Irish audiences.

Showcasing the best of contemporary Irish craft, a stellar line-up of over 70 exceptional workshops, masterclasses, artist talks, trails and demonstrations is taking place throughout the month. Featuring both physical and online events, along with free family-friendly activities, the packed calendar will present endless opportunities for people to explore the best of local artisan crafts.

Niamh works from her home studio and while the nature of the work is time consuming, it’s a perfect fit with her lifestyle.

A typical day sees her rise at the crack of dawn to swim and horse ride, before returning home to work on her designs.

‘I’ve been swimming daily at Inchydoney for years and was part of a team who took part in the recent Galley Head swim which I think has raised around €80.000 for Marymount Hospice and West Cork Underwater Search and Rescue.

‘I was also part of the Cork Life Saving group and competed all over Europe with them,’ she said.

Pre-Covid, Niamh would have sold her pieces at local markets, but that was obviously not an option after the pandemic hit. 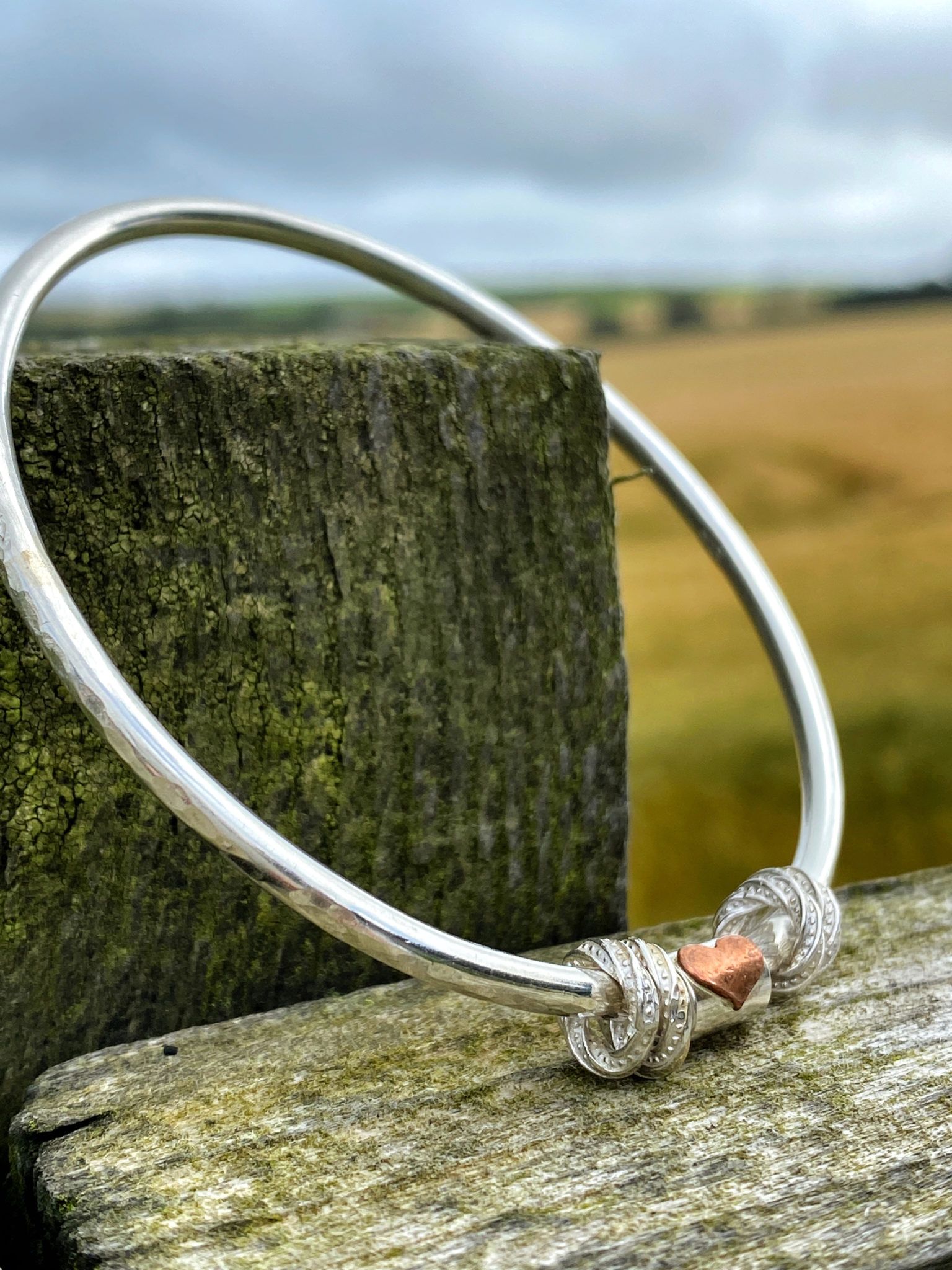 One of Niamh’s handcrafted pieces for Hen Jewellery.

‘I had to learn to market myself which was a huge learning curve! I was lucky enough to get funding from the Local Enterprise Office South West for my website which has worked out really well,’ she said.

Niamh has also fully embraced social media and is well worth checking out on Instagram for her humorous reels.

Niamh is also part of Cork Craft and Design, who she says are a great source of support and encouragement.

Her pieces start at around €35 and can go up to €350 depending on the time and skill involved.

‘But I’m really just in it for the enjoyment for myself,’ she says.