A PROJECT presenting a treasure trove of oral history about the 1916–23 period, most of it previously unrecorded, was recently launched by the team from Skibbereen Heritage Centre with the support of Cork County Council.

The ‘Stories of the Revolution’ book and online archive features thousands of personal stories about this pivotal period in history, recorded by the children of West Cork from family and older members of their community over a four-year period.

Project manager and instigator, Terri Kearney of Skibbereen Heritage Centre said: ‘This is, as far as we are aware, the only such schools’ project undertaken in Ireland on this period and so it is another first for West Cork.’

The project was enabled by the Cork County Council Centenary Fund and involved 823 children from 48 schools from the Skibbereen, Bandon, Clonakilty and Dunmanway areas.

It was modelled on the highly-successful Schools’ Folklore project of 1937, which is now recognised as an important historical resource. 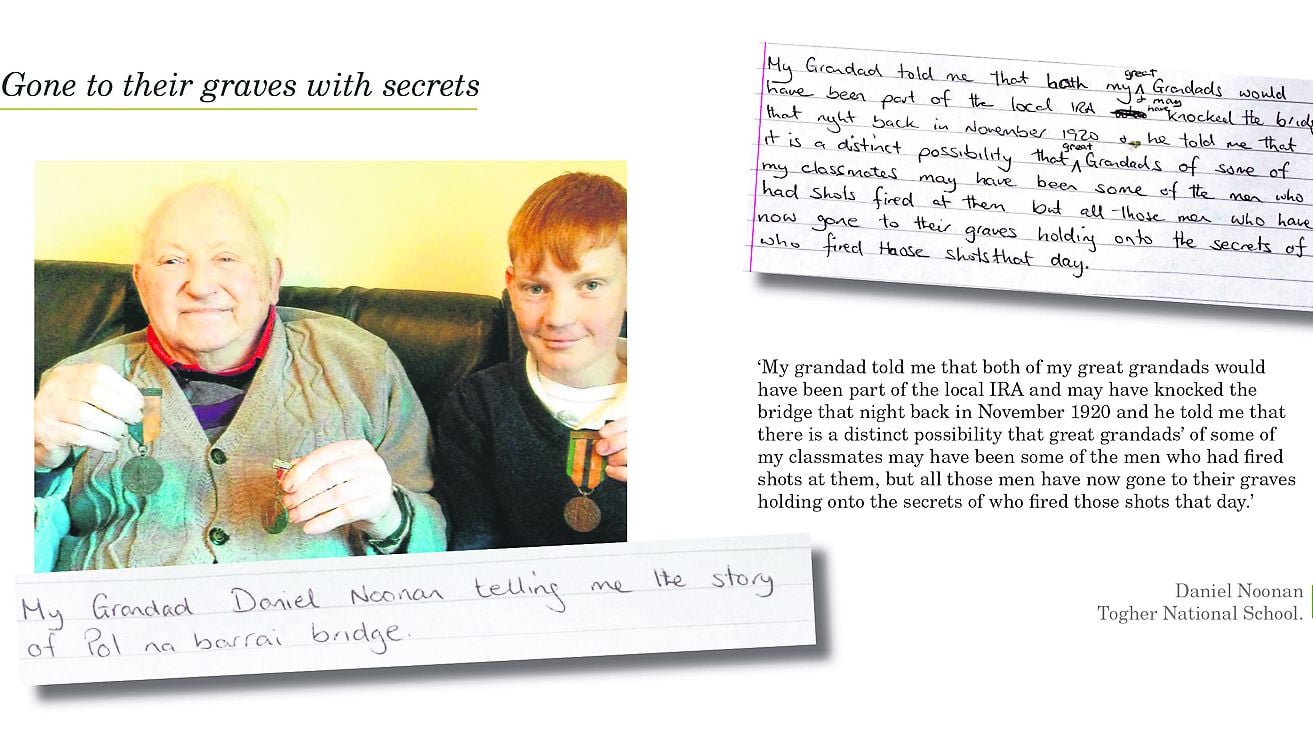 ‘Commemorative monuments bearing witness to the turbulent birth of our nation are now a feature of the West Cork landscape,’ said Terri, ‘but each of these locations also has a rich intangible legacy — an emotional inheritance represented solely by fragile fragments of memory.

“This rich tapestry of inherited memory is in danger of being lost now as those who grew up in the shadow of ‘the troubles’ fade away. So the children who participated in this project and their interviewees have done us a great service by recording these accounts which, up to now, have been hidden from our ‘official’ history, concealed within the folds of family lore and the confines of the immediate locality.

‘These ‘small stories’ about ‘big history’ events give us an insight into the experiences of both ordinary people and those involved in the struggle, which is further amplified by the children’s clear-eyed interpretation of these often-traumatic events,’ said Terri.

‘From the man who tucked Michael Collins into bed on his last night to the young girl who lost her “good confirmation shoe” in the Kilmichael Ambush aftermath — these intimate accounts enrich our understanding of this important era in world history, and are also truly a joy to read,’ says Terri. 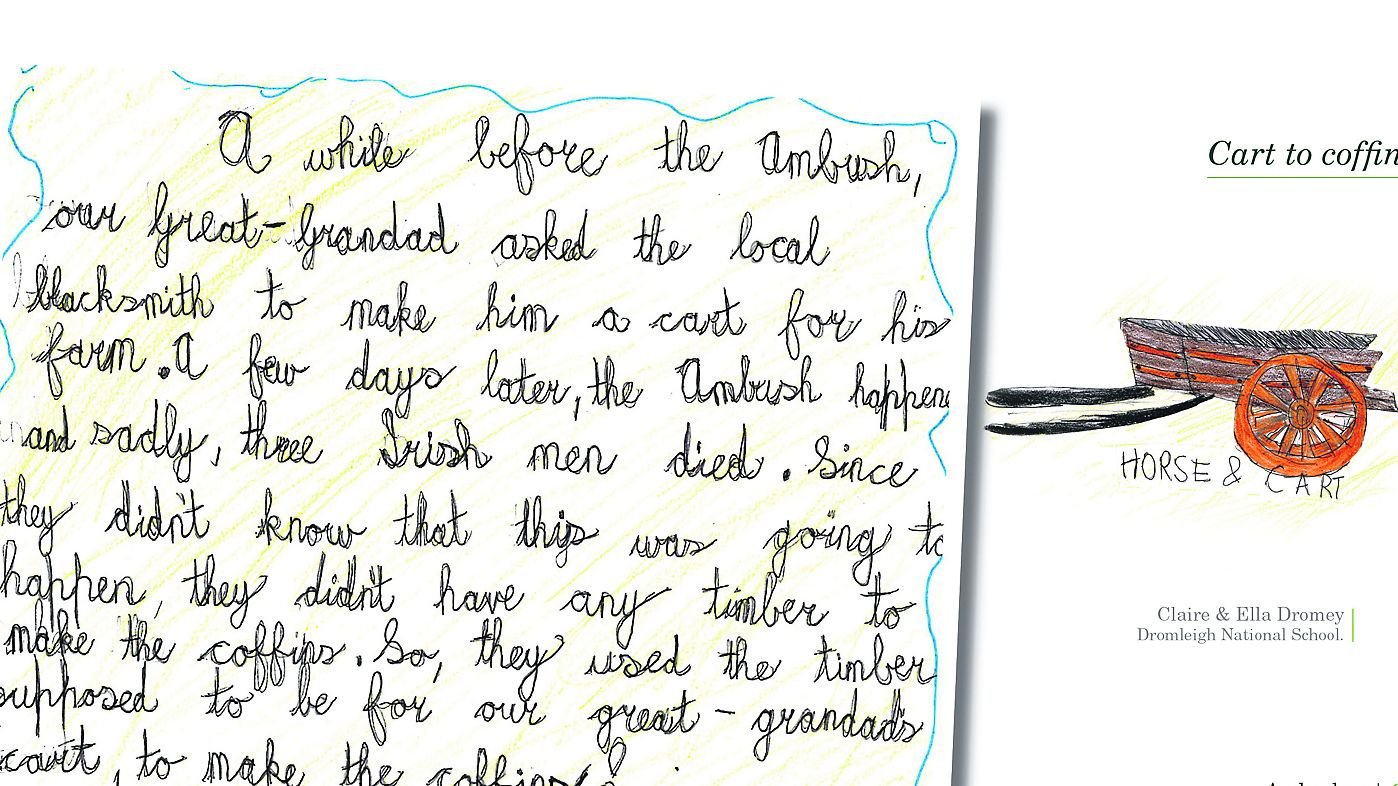 The ‘Stories of the Revolution’ book features hundreds of individual stories from a time of revolution and war internationally — all enhanced by the children’s original artwork and hundreds of images — and is available from all good bookshops in West Cork.

• More information on the project, alongside the full archive of stories collected from all of the 823 children involved, is now available on the Skibbereen Heritage Centre website www.skibbheritage.com thanks to the continuing support of Cork County Council. 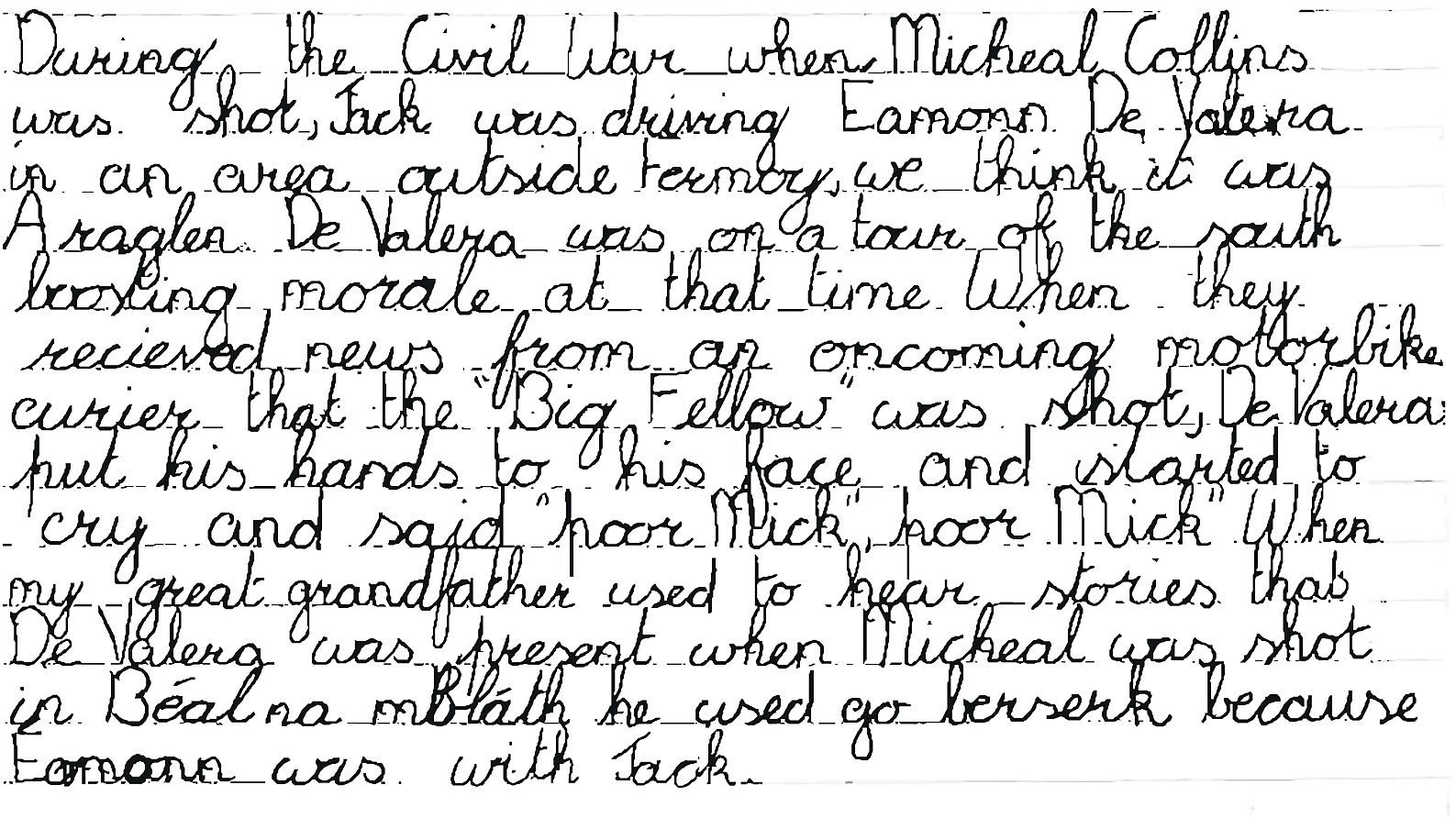