The pandemic has delayed life-saving cancer research. But now a campaign to help scientists and patients ‘buy back time’ has been launched, and a Bantry cancer survivor explains why it's essential that it is supported

A BANTRY man who survived a rare cancer has appealed to others not to ignore symptoms and delay a potential diagnosis because of Covid-19.

Cancer screenings, treatments and research have lost months due to the pandemic, meanwhile cancer continues to kill one person every hour in Ireland.

Because of this lost time, people are now presenting with more advanced stages of cancer and therefore more difficult to treat.

Research in the UK has found that disruption from from the pandemic could result in a 20% increase in avoidable deaths from the four main cancers in England by 2025. No official figures have been released in Ireland but there is significant concern our figure could be even higher.

That’s why West Cork man Micheal Healy is adding his voice to a campaign by Breakthrough Cancer Research (BCR) who lead the way in funding critical research and clinical trials for new cancer treatments in Ireland.

Called ‘Buy Back Time’, the campaign is about cancer consultants, patients, and researchers coming together to highlight the urgent need for new cancer treatments and to ask the public to help ‘buy back time’ for cancer patients by sponsoring a research scientist’s time.

Consultants say that while there’s no vaccine yet for Covid, new treatments are being found for cancer all the time, so increased funding in this area can save lives now. 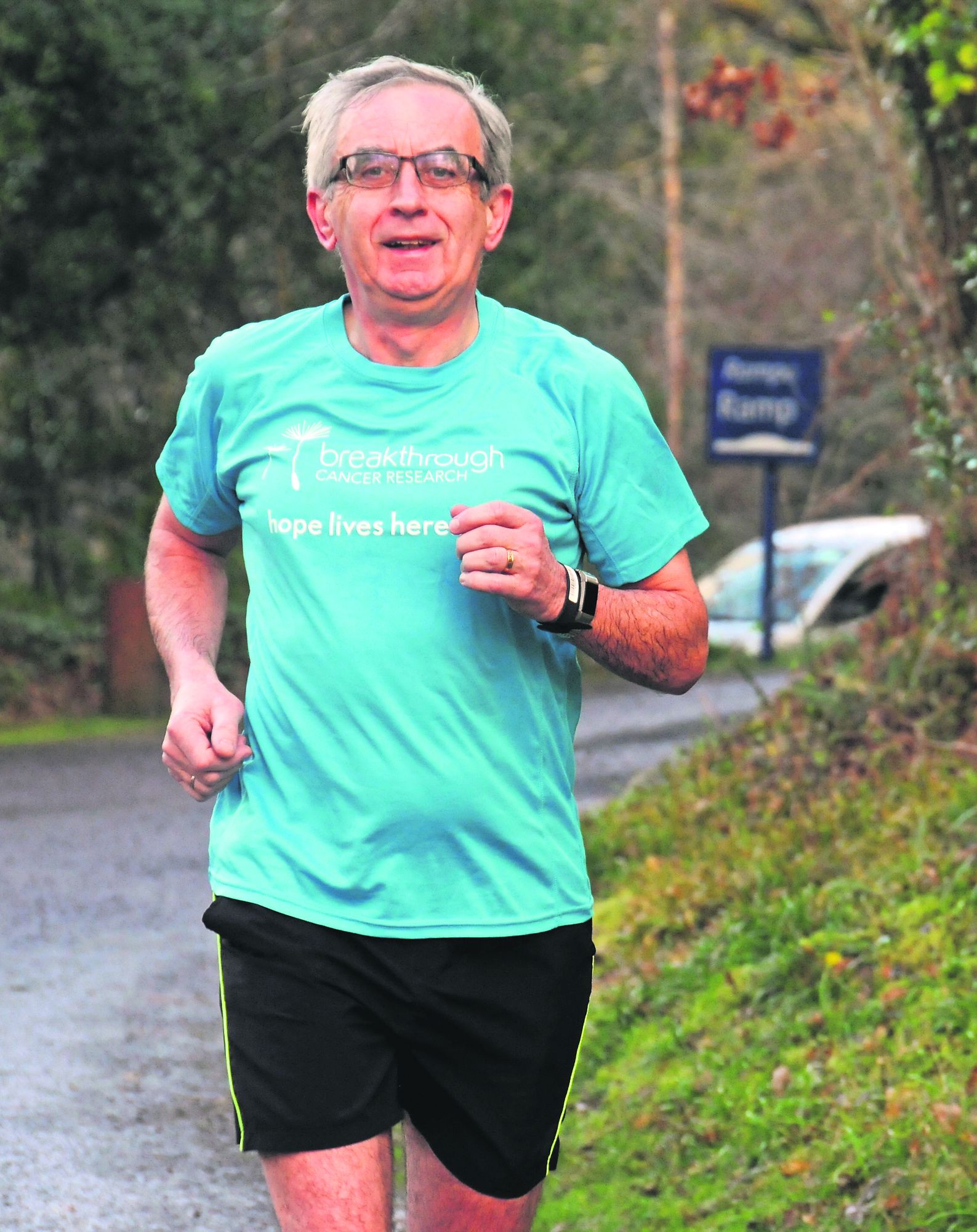 Michael had a long road to recovery but got there and now appreciates all the little things in life. He took up running since his surgery and completed a 10km run for Breakthrough Cancer Research after seeing what he called their 'mind blowing' work after a tour of their research labs in Cork. (Photo: Tony McElhinney)

He had been experiencing a slight pain in his stomach, below his belt, on and off for a few weeks, which he had initially ignored, but then got investigated.

It led to his diagnosis and ultimately a 13-hour surgery, commonly referred to as ‘The Mother of All Surgeries,’ (MOAS) in a specialist centre in Basingstoke, UK.   At the time treatment wasn’t available in this country.

‘PMP is often misdiagnosed, as it is largely unknown even among the medical community,’ said Michael.

‘Some types of appendix tumors can cause PMP, which occurs when the appendix ruptures and the tumour cells leak into the abdominal cavity. The tumour cells secrete a protein gel called mucin that can build up in the abdominal cavity and continue to spread. Without treatment, its buildup can lead to problems with the digestive system, intestinal blockages and eventually death is left untreated,’ he said.

‘In my case, my MOAS was a 13-hour complex, life-saving surgery involving the removal of the right side of my colon, my spleen, appendix, gall bladder, umbilicus, greater and lesser omentum, as well as stripping my peritoneum, liver and kidneys. This was followed by HIPEC which is the administration of chemotherapy into the abdomen, heated to 42 degrees, for 90 minutes. The reasoning behind this is that the surgeon will remove all disease from what he can see with normal eyesight and then the heated chemo will burn off and kill any smaller particles.

‘There was a further requirement for follow-on chemotherapy for four more days. This resulted in 24-hour monitoring for five days in an Intensive Care Unit, 17 days without food, 23 days in hospital and lots of physiotherapy with fantastic care across wide ranging medical teams.’

After all of that Michael returned home to Bantry, one of the most difficult journeys of his life, and began a tough recovery.

‘It was a tortuously slow and frustrating two-steps forward/three-steps back regime, battling chronic fatigue and “no, not today” syndrome,’ he said.

Michael’s first step was to increase his daily exercise with lots of walking. Five months after surgery he very gingerly started in the gym, and impressively six months later he did a 6km run, and has never looked back.

‘The 10km run in 2016 acted as a fundraiser for Breakthrough Cancer Research as I had been given a tour of their labs in Cork and saw first-hand the fantastic research work they are doing. It’s mind blowing,’ he said.

‘Many of the more common cancers are benefitting from research investment worldwide and thankfully huge progress has been made to improve quality of life and indeed cure many survivors. It would be great if more research was conducted on the lesser known and rare cancers so that those diagnosed would have a realistic chance of a cure and not need to undergo such invasive surgery.

‘The surgery I had is the standard of care for this condition but for some of those who are diagnosed, the spread of disease is too much and the surgeon cannot perform the surgery so then this patient has no other option at that point. Hopefully further research will change that and provide other treatment options in these cases too.’

Michael, a father of two, feels fortunate to to have returned to normal living after his ordeal.  A business development manager for Eir, he was back at work six months after his surgery and is now retired.

‘The support from my wife Claire and family was crucial to this recovery,’ he said.

Not surprisingly, he says his experience totally transformed his outlook on life.

‘Your whole thinking and approach to life changes. You appreciate all the little thing. Every day is a good day.’ 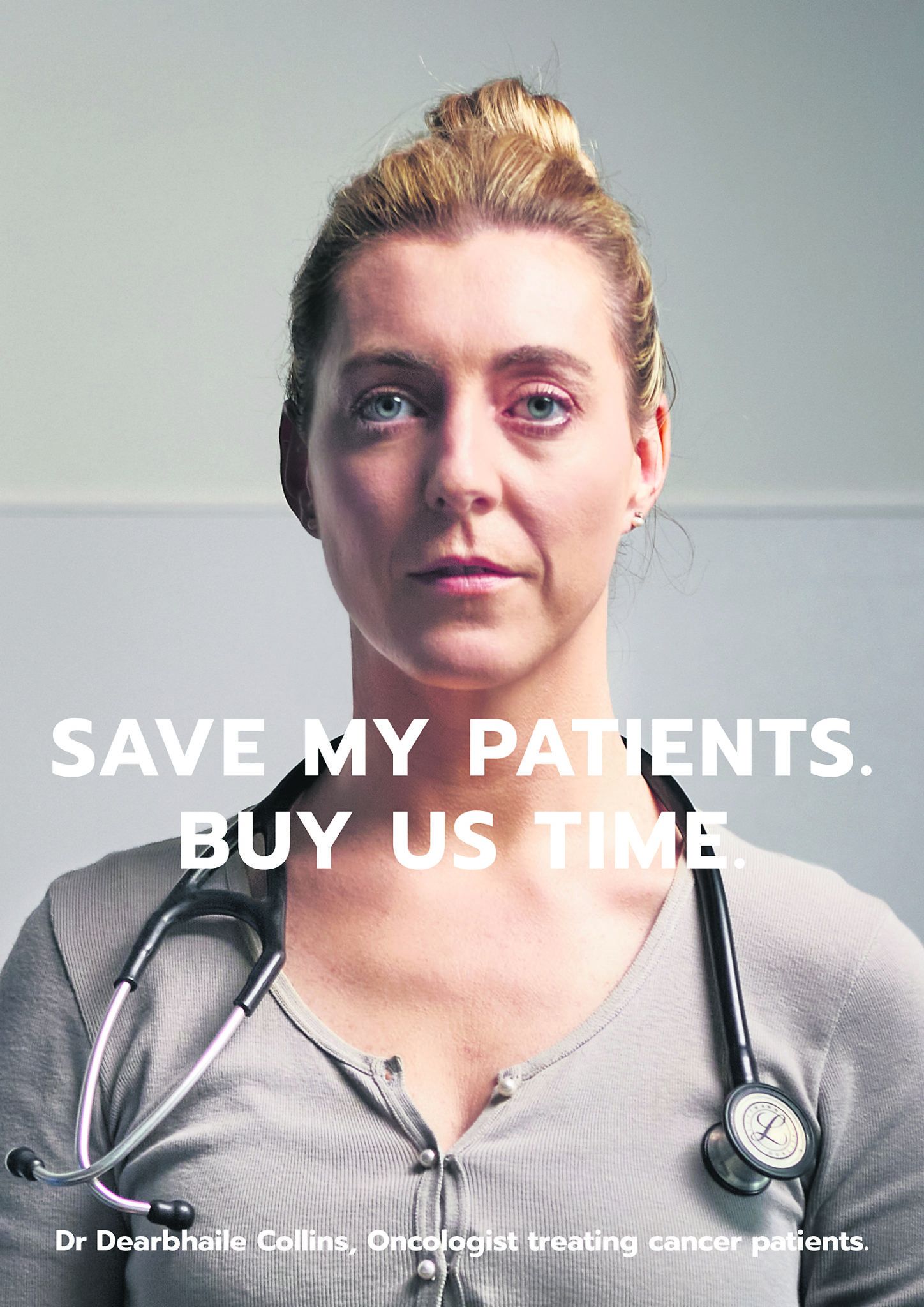 He is urging people to support the ‘Buy More Time’ campaign and is reminding people to listen to their bodies. ‘People might be reluctant to go to their GPs at this time, but you know your own body, don’t put it off.’

BCR has charity has strong West Cork ties as it funds the Cork Cancer Research Centre which was set up by the late Prof Gerry O'Sullivan from Caheragh. His daughter Orla Dolan now runs BCR now and his son Eoghan is also involved.