Over the years I’ve tried every regime going, including The Dukan Diet, favoured by Kate Middleton.

It’s Week 54 and while I really want to attend a foam party in Ibiza, I’ll make do with my daily walks. Just do not mention a fourth wave ....

• THAT blast of heat we recently enjoyed was just lovely wasn’t it? Weather experts are saying that sunshine in March signals a good summer which is more wonderful news. I’m sure someone will say the opposite next week but I’m being very selective these days about what I choose to ‘hear.’ Either way I’m very glad of the unseasonal blast of sunshine as it was a timely reminder that the days of my oversized (‘voluminous’ if you will, ok, let’s settle on ‘shapeless’) hoodies are numbered, and that what lurks beneath (evidence of my less than consistent attitude to healthy eating), will soon be outed. Extreme panic aside, I’m glad the wake-up call came in March, rather than the May Bank Holiday weekend.

• With that in mind, I’ve embarked on an operation I’m loosely calling ‘Descaling myself from the long lockdown winter of 2021.’ I need something catchier but it will do for starters. I’m working on a scale of one to 10, one being where you need just a touch of tinted body moisturiser, or a gentle buffing to look presentable, and 10 where it’s less body brush and more yard brush, and an intervention like that old US make-over show The Swan, presented by Irish gal Amanda Byram is needed. Contestants emerged with new teeth, new hair, new faces, entire bodies. It was … extreme and also painful but look-it, they got results. Right now, I’d pitch myself at a solid eight or nine so yeah, I won’t lie, I’ve a bit of work to do.

• This is me pretty much every year to be honest, lockdown or not – I let myself out to pasture for the off-season, and try to pull it back then with mixed success. I typically resort to the latest fad for a solution. A quick scan of my bookshelves will reveal that over the years I’ve tried Atkins, the Dukan diet (also known as the Princess diet as Kate, Pippa and Carol are fans; from what I remember there was a lot of cottage cheese and pork chops and my breath didn’t smell great); the Special K diet; the three-day diet; the five-day diet; bullet proof coffees (vilest things ever: coffee, butter and coconut oil … I mean, why?) and most recently Keto. I gave that at least a week in one of the lockdowns and even bought these sticks to pee on to see if your body was in ketosis or not. But the light in my bathroom is poor so it was hard to be quite sure what was happening (I’ve a few hundred of them going spare if anyone wants to give it a whiz?).

• I’m also a sucker for the gizmos. Who remembers those toning belts? All you had to do was tolerate some mildly uncomfortable electric shocks, and a six-pack was all yours. You’d pop on the belt and attach little pads where you vaguely thought your abs might be lurking and get zapped. I must have been doing it wrong as I never quite looked like the girl on the box.  Funny that. I was also a great one for those vibrating plates. You’d step up on it, assume various (undignified) poses and basically have your wibbly bits wobbled for 20 minutes or so. Yup, every bit as embarrassing as it sounds. And when I was really up against the clock I’ve paid out small fortunes to get wrapped in god knows what, put in a hot room and left simmer (and shrivel.) 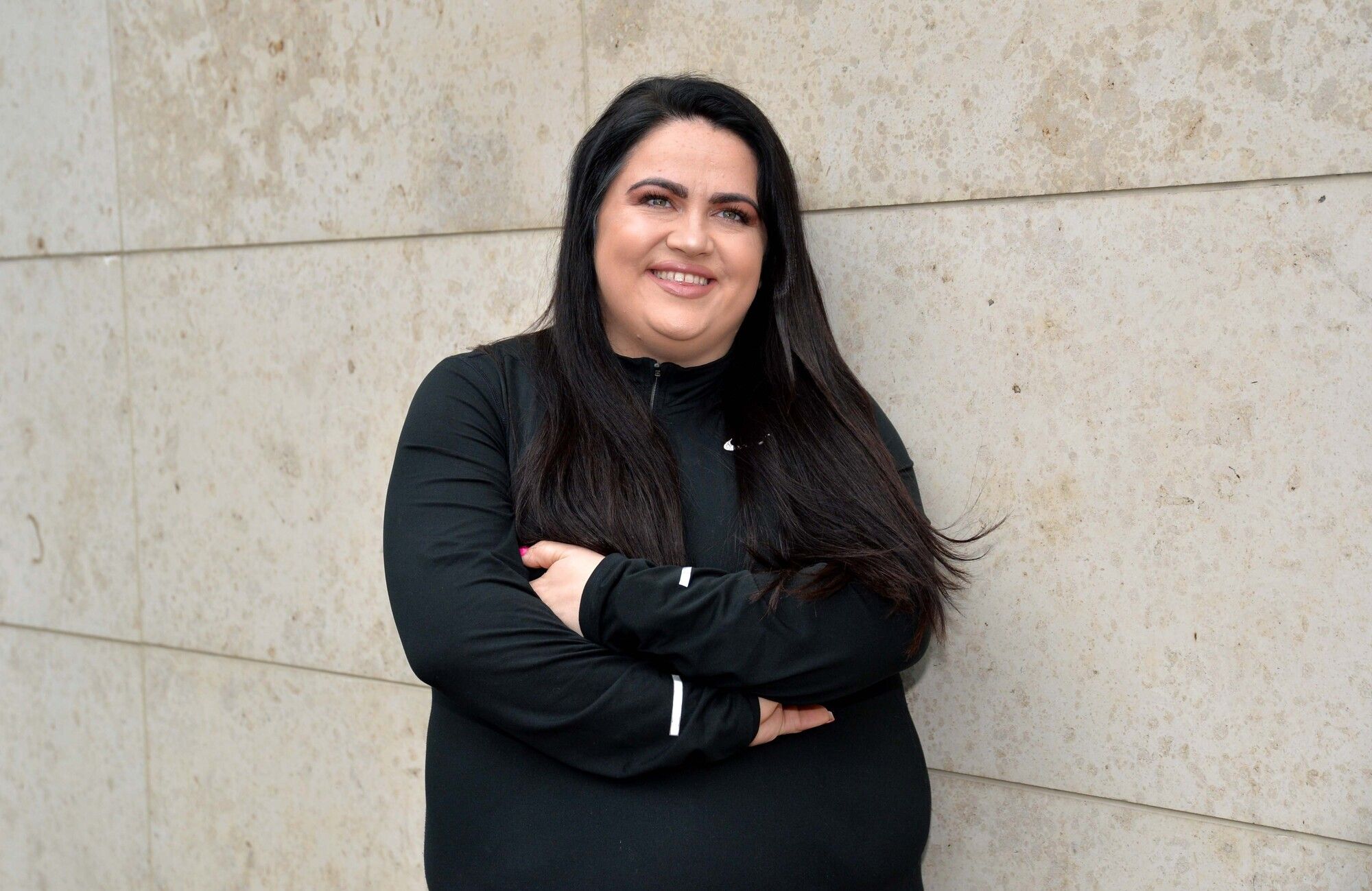 Right now I’m following the lead of Cork woman Trisha Lewis who is an inspiration on her journey of transformation. She’s a great advocate for keeping things simple, controlling the controllables and walking.

• The point being that all these things work … for a while. But the only thing that’s sustainable is a slow and steady approach. I just need to silence that part of my brain that’s going: ‘Boring! That’s going to take so long! I want to be a supermodel right now! Is there not a machine I can stand on that will do that? Where do I sign up? Here’s all my money.’ I’m a big fan of a girl called Trisha Lewis. She’s from North Cork (look, everyone can’t be from West Cork) who was morbidly obese and weighed 26 stone and one pound in 2018. Her ambition was to lose 13 stone — half her body weight — and she’s more than halfway there, and is helping people of all ages, shapes and sizes along the way, myself included as part of ‘Trisha’s Transformation.’ The former head chef at Jacobs on the Mall in Cork city has 186,000 Instagram followers and has also written a book. I absolutely love this girl.

• Taking Trisha’s lead, I’m keeping it simple and am back walking. I’m enjoying it massively. Except for those times when I picked up the pace and broke into a Rob Heffernan style when I thought no one was coming, and was completely caught. Mortifying. 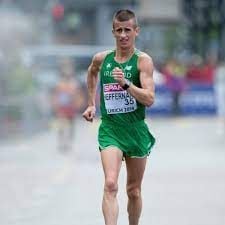 No sniggering if you see me trying to do a Rob
Heffernan on it!

• I’m back with another litter rant. My sister-in-law got these litter pickers which are the niftiest yokes ever. We are becoming a bit obsessed now with cleaning up the roads around us and are thinking of lying in wait in the ditch to catch the odious creature(s) who somehow thinks it’s ok to toss energy drink bottles out the window. Also to whoever put a bulging nappy in the ditch near my house, news flash: no one enjoys having a dirty nappy in their car, but they just open the window, without flinging it out, ok?

• Sorry – I don’t mean to sound all sanctimonious. People have been litter picking for years. I’m actually just a bit bored. Seems like restrictions will be lifted a little next month and at least we’ll be able to exercise outside the 5km. Still bored, though. What I want is a foam party in Ibiza, celebrity spotting in Cannes, or a stint at a luxury wellness clinic in the Swiss Alps. Instead, I’ll have to make do with the new series of Reeling in the Years starting on Sunday, April 11th, which looks at the period from 2010 to 2019. Ah yes, the good old days!