The relationship between Dr Tony and Leo very publicly hit the rocks this week. Is it a tiff or something more serious? Time will tell.

DIARY OF A DEMENTED HOME WORKER: It’s Week 30 and it’s been a very unsettling one, where I’m seriously starting to think about stockpiling the loo rolls and flour again

• DR Tony knows how to make a comeback, and that’s for sure. In fact it’s the only thing I’m sure of in what has been an unsettling week where the chief medical officer was very publicly knocked from his pedestal for a plan that apparently ‘wasn’t thought through’. Personally I’m still very much on Team Tony and I hope his scare at bedtime was the drastic wake-up call that some people needed. But, perhaps next time he has bad news to deliver to government he should bring Prof Luke O’Neill with him to say: ‘Lads, never mind the b#ll*cks, here’s the science.’ They’d make a good double act now that the love affair with Leo is over.

• Like everything else in life, though, how you regard the government’s rejection of NPHET’s advice comes down to perspective. If you’re a restaurant owner, or someone with an underlying health condition, these are going to be two very different things. I’m just a middle-aged, moderately anxious woman who is wondering where it’s all going to end and who will definitely be adding extra loo roll and flour to this week’s shopping, if there’s enough room in the trolley after I load up the extra wine. Your nerves wouldn’t be right after George, Claire and Miriam these nights.

• Anyway, something else that had me rattled were the new national healthy eating guidelines for kids under four. It recommends ‘treats’ of one square of chocolate, three crisps and half a plain biscuit. Per week. Not per whinge/or per tantrum. When I told my four-year-old she looked horrified and demanded to know who was getting the other half of the biscuit. I’ll be honest and admit we’ve slipped in the treat department. Badly. It kind of started as a softener to lockdown, and hasn’t really stopped. I know we’ll come good again, but probably not this side of Christmas. I remember when we were kids, our weekly treat was a can of 7-Up and a packet of crisps after mass on Saturday night to watch with Dallas. Looking back, it was probably wildly unsuitable viewing for kids, especially as my mother spent most of it covering the screen with a cushion, much to the remonstrations of my father. Ah, happy times, even if we were never allowed a Soda Stream.

• I have to admit that seven months in, and with no immediate end in sight, I’m struggling a bit with the WFH. Now, I absolutely love being able to drop my sidekick to school in the morning. But at this stage, I’d also love to be going on somewhere myself instead of back to base. Until that’s possible, I fantasise about ‘someone’ coming in while I’m out, and changing the scene, a bit like a hotel’s turndown service. They would clean up the breakfast debris (and bin the discarded toast so I won’t eat it), artfully place a newspaper some place, brew some fresh coffee and get me in the zone. After all my guff (and there was a lot), I nearly think it was easier when we were all home together. At least then we were in that constant high alert phase (aka sheer panic). It was like Super Nanny on speed – TVs were on or paused, treats were on standby (you saw where that got me), and lunch was prepped and ready to go from the night before. Now that I have a clear run I’m not finding myself nearly as captivating or as interesting as I imagined. Funny that. If anyone is interested in a socially-distanced hot desk, they should get in touch. I make good coffee.

• I did come across an article with ‘useful tips’ for keeping energy levels up while we’re still working from home for what looks like another while yet. There were the obvious ones like stepping outside to be at one with nature or touch a tree (doesn’t do it for me, sorry) or phoning a friend (we’d only end up trying to outdo each other over who has hit the wall the hardest).  Some more interesting ones included using your lunch time to schedule in sex, or a nap. If you were efficient with your time you could do both I suppose. Or to get the blood moving, it recommended doing a headstand, which would give you a different perspective on things for sure. 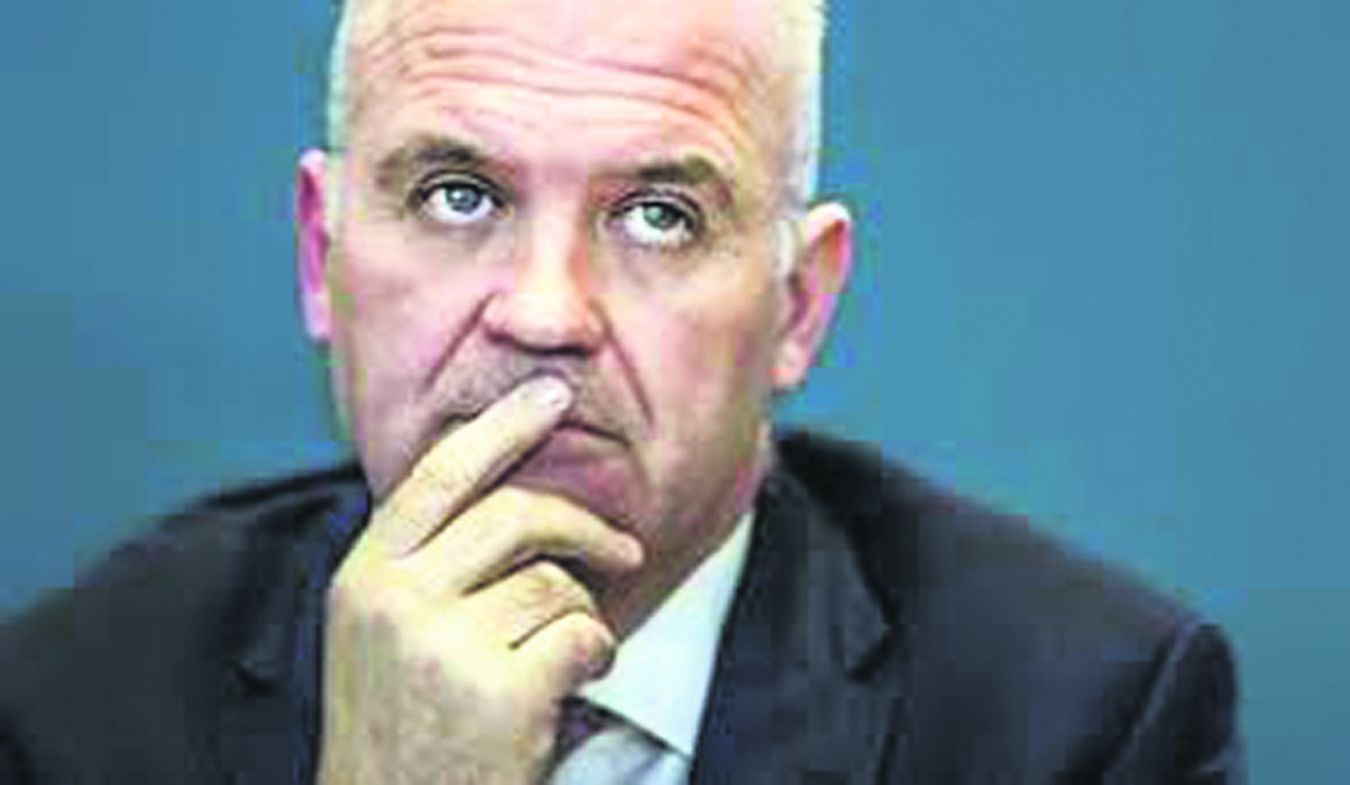 • I suppose I have to say something about Trump. It’s gas isn’t it, how everyone is saying how they don’t wish the man any ill at all, and then in the next breath are adding: ‘But it would serve him right all the same, if he got a good old dose of it, ‘The Covid.’ The ‘The’ is very important, by the way.

• In an attempt to cheer myself up I went real-life clothes shopping this week for the first time in ages. Strangely,  I talked myself out of every purchase with an ‘ah sure where will I be going?’ sort of attitude. I came very close to buying a top entirely for its Zoom credentials, but just couldn’t muster the enthusiasm in the end. Anyway, fortunately for those in retail, the feedback is that things have been very  busy as lots of ladies have been enjoying girly weekends away and were hitting the shops both before and during.

• I have succumbed to the scaremongering and started the Christmas shopping though, which isn’t necessarily a good thing. All it really means is that I’ve started the spending which probably won’t stop until late December or I bankrupt myself. Whichever comes first. I’d love to be the type of person (probably male, and possibly my husband) who doesn’t start thinking about such things until Christmas Eve. I think if I had all that extra head space I’d manage something truly remarkable, like master a headstand.

• Probably the best thing for us all right now is not to think about things too much. Stop any ‘where will it all end?’ thoughts right in their tracks. They’re dangerous. Instead, find someone to hug or something to scrub; scroll, stretch, swim, sing, or shout. Do whatever it takes to distract yourself from any doomsday scenarios, except for making banana bread, because the other thing I’m sure of is that no one has the stomach for that anymore. But sure lookit, we still have the Budget to look forward to.