The country’s favourite celebrity architect, Dermot Bannon, famed for introducing glass box extensions to the Irish landscape, tells us why lockdowns taught us the true value of our homes

The controversial bath tub in the garden of Dermot Bannon’s new home got plenty of use during lockdown, for those who might be wondering.

And probably a lot of people are wondering, as the outdoor bath was a major talking point among the 640,000 RTÉ viewers who watched the two- part show which documented his €600,000 home renovation, in which the bath played a big role.

The clawfoot tub was the subject of more attention, after it subsequently transpired planning permission was needed for the outdoor structures where it was located. The celebrity architect secured the green light for the garden oasis and, despite all that fuss, thinks it was worth it, as it’s what helped get his family through the lockdowns, he told The Southern Star.

He was in West Cork recently filming for a two-parter that is set to air in June, but that’s all he can reveal for now.

In the meantime, there’s a chance for people to get a taste of his straight-talking advice, as he’s an ambassador for the RIAI Simon Open Door. So, along with some of the country’s leading architects, he will offer professional help on home improvements in aid of the Simon Communities.

The RIAI and the Simon Communities are calling on members of the public to support the 17th annual campaign which is running until Friday, 14th May.

In return for a €95 donation, homeowners will receive an hour-long consultation with an RIAI-registered architect to discuss building, rebuilding or renovating their homes. All consultations take place online and all funds raised go directly to the Simon Communities to support their work in tackling homelessness.

Dermot said: ‘Lockdown has taught us all the value of our homes, but also highlighted the issues within them. We have all struggled with space and functionality over the last 12 months. Our homes have become, not only the place we live, but the place we work, teach, exercise, entertain ourselves and get some head space.’

Functionality (primarily a home office and utility) and storage, he feels, are the final hurdles for many homeowners to clear for comfortable living.

‘We all had to look at our s*** for so long during lockdown – before we could go out to work and leave behind the washing that was drying or those boxes you’d been meaning to clear, but suddenly we couldn’t. We used to have the “good” dining room to put things into out of sight, but when we knocked down walls, we embraced open living so the final part of the reinvention of the Irish home is to get really good storage and function,’ he said.

He was lucky to get into his own house not long before the pandemic hit.

‘One of the reasons I chose to document it on the show was to keep the pressure on to get it finished, and if we were just a few months later we wouldn’t have made it, and we’d have been stuck in a small rental killing each other,’ he said.

Instead his family, wife Louise and three kids aged 16, 13 and nine, by all accounts had a relatively idyllic time of it – largely due to the bath.

‘I put in a sauna in the shed, so we used the bath for cold showers. Saturday nights were sauna nights and we’d all head down to the end of the garden, it was a bit like going on holidays! The kids are getting older now, so it was great to have them all around and spend time together.

‘The amount of nights we sat around the fire pit, we didn’t even need to chat, the flames kept us company,’ he said.

He also joined the hordes of sea swimmers, mainly for something to do. ‘But I’m nearly embarrassed to admit that. It’s like how do you know someone is a vegan? They’ll tell you! It’s the same with swimmers.’

Schitt’s Creek on Netflix was another lockdown pleasure: ‘I loved it. I watched it after Ozark so it was a bit of a palette cleanser!’

With regards to property shows, what does he watch? ‘My favourite would be Grand Designs, the oldest and a classic. We’re the second oldest after that!’

He couldn’t stomach the Netflix reality property show Selling Sunset (‘I tried it and hated it’), a bit like the Kardashians. ‘I’ve watched an episode or two but only to feel like a better person afterwards!’

Now that he’s settled in their new home, he wouldn’t change a thing about it.

‘Although my wife does think that with the double height, where we have the mezzanine, it’s a bit noisy, but I love it. And that’s the thing with families, nobody will agree with everything, it’s very hard to get consensus.’

One thing he particularly dislikes in a home is perfectionism.

Anything styled to within an inch of its life will risk incurring the wrath of the country’s favourite celebrity architect.

‘We’ve a puppy, and there’s a blanket in every corner and newspapers everywhere, and we’ve three kids, and it’s very messy.

‘But it’s a happy mess, and I don’t feel frustrated by it when I walk in. My pet hate is when someone feels they have to have “a c 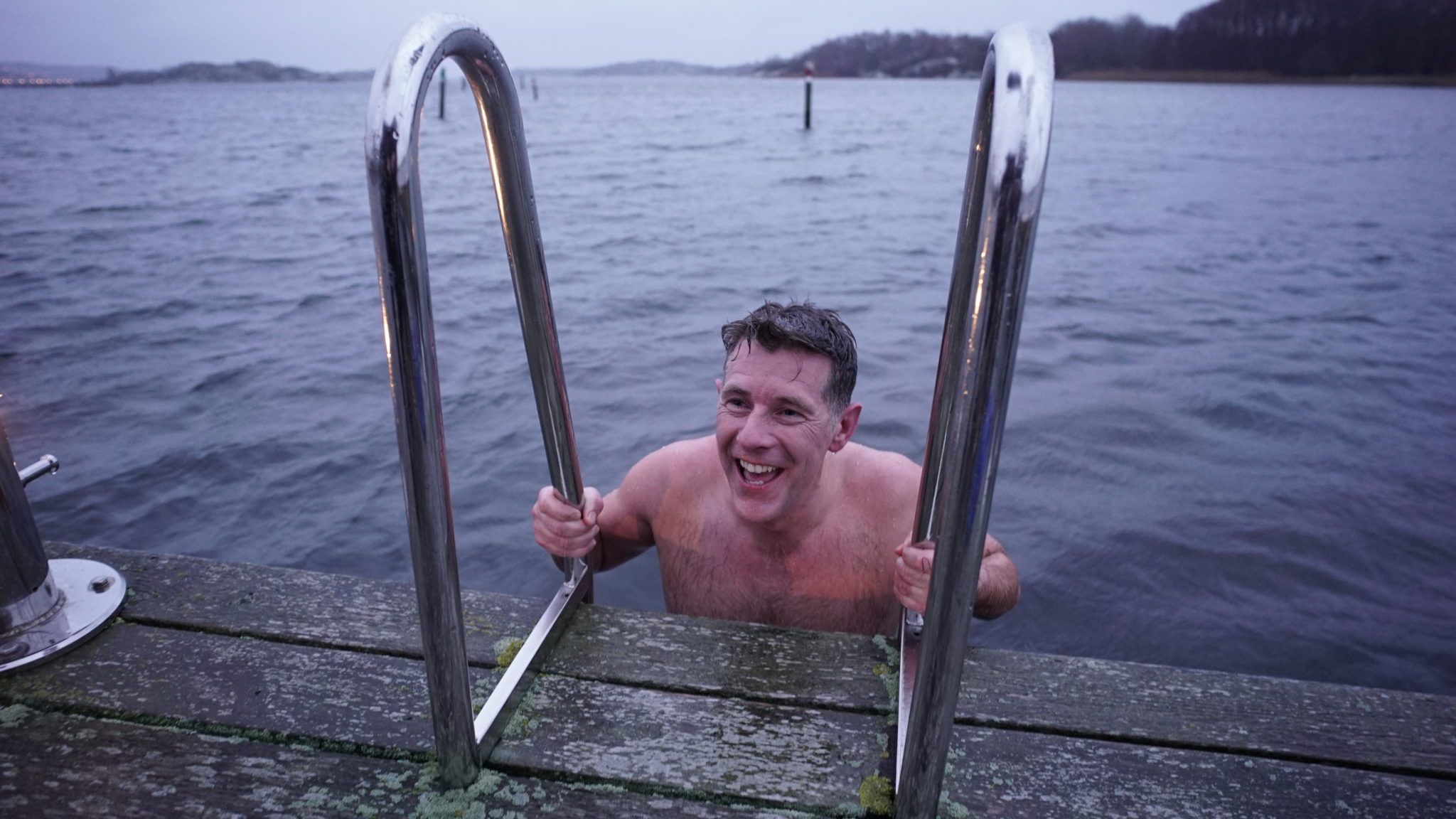 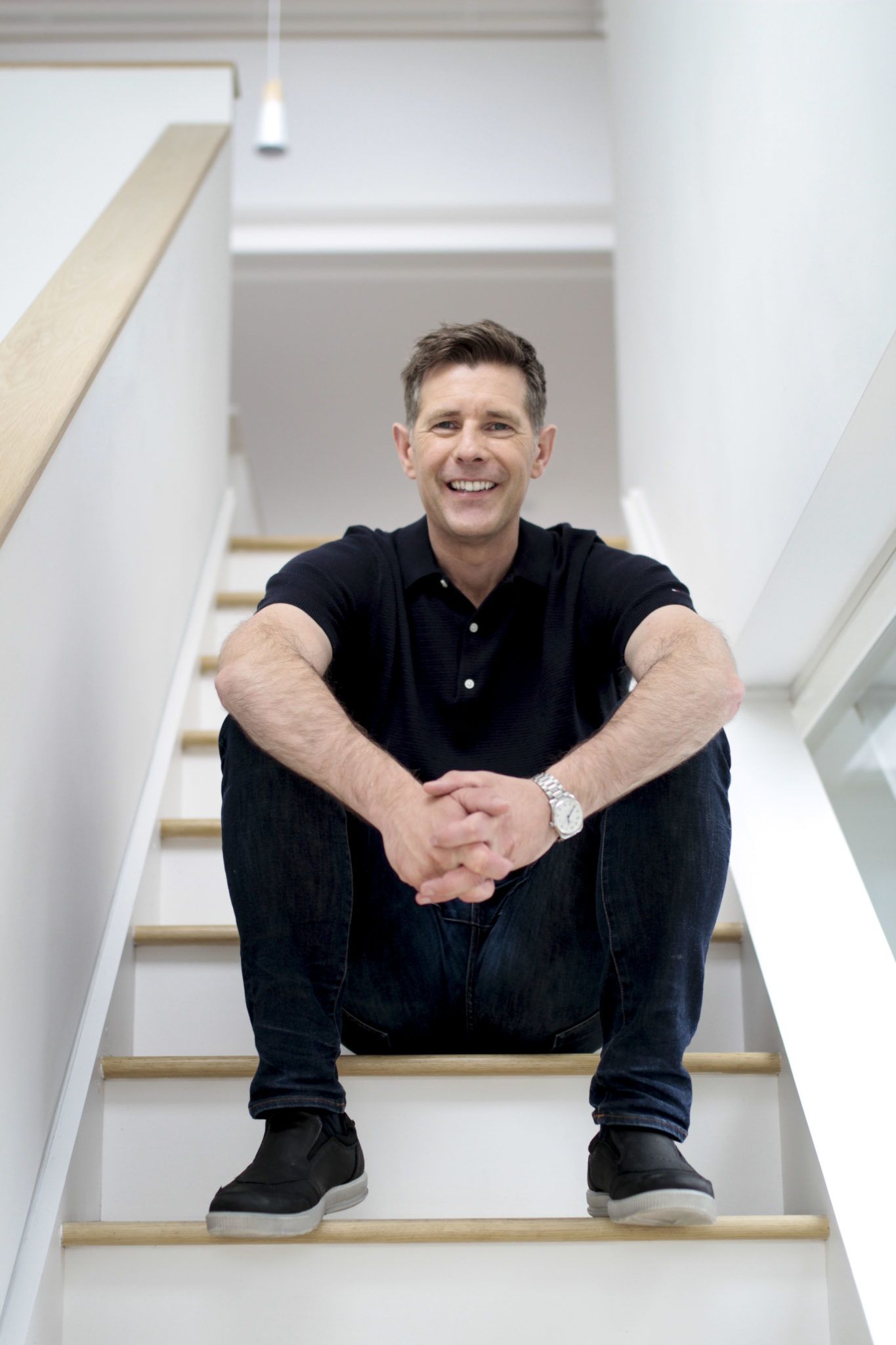 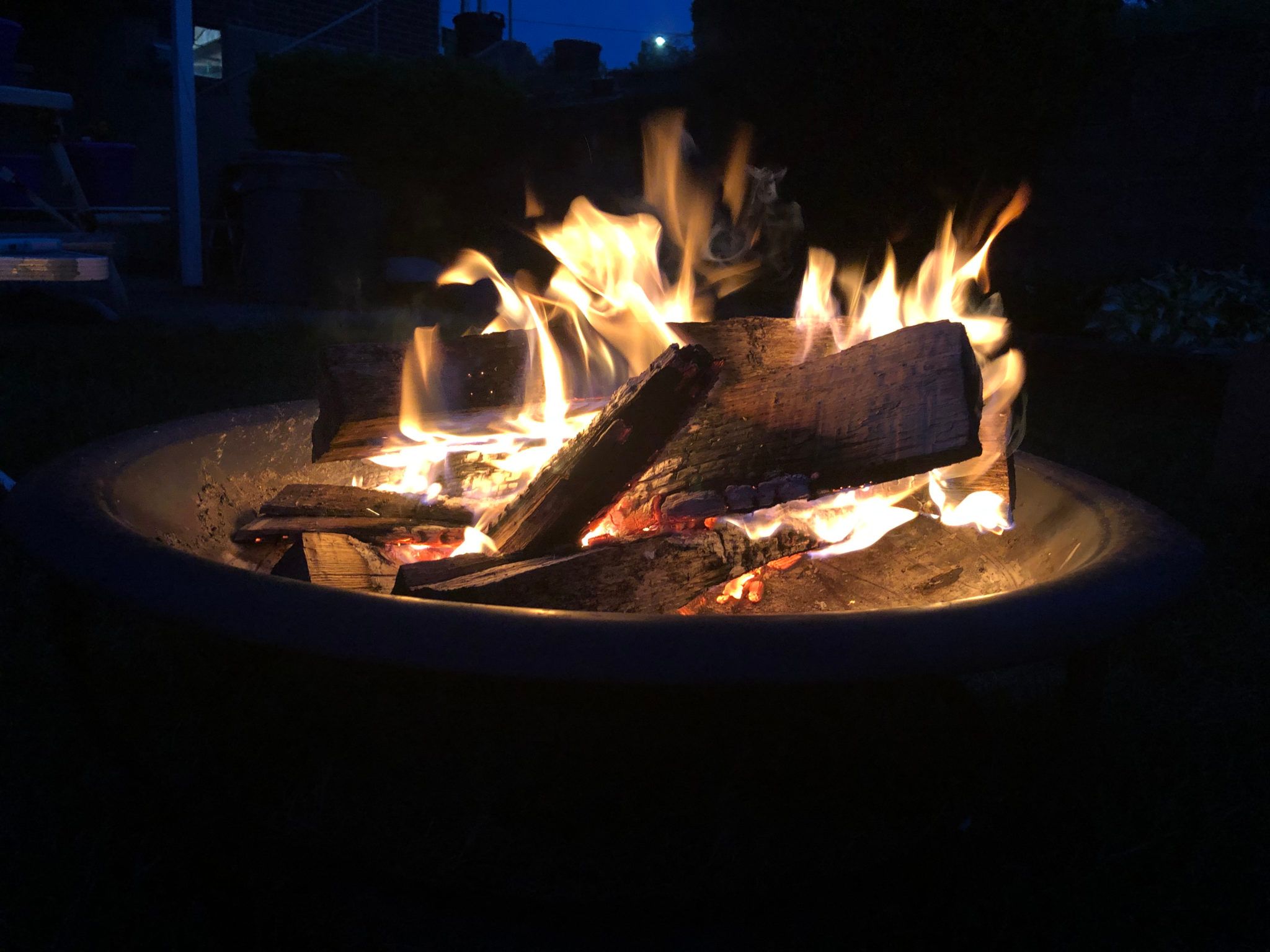 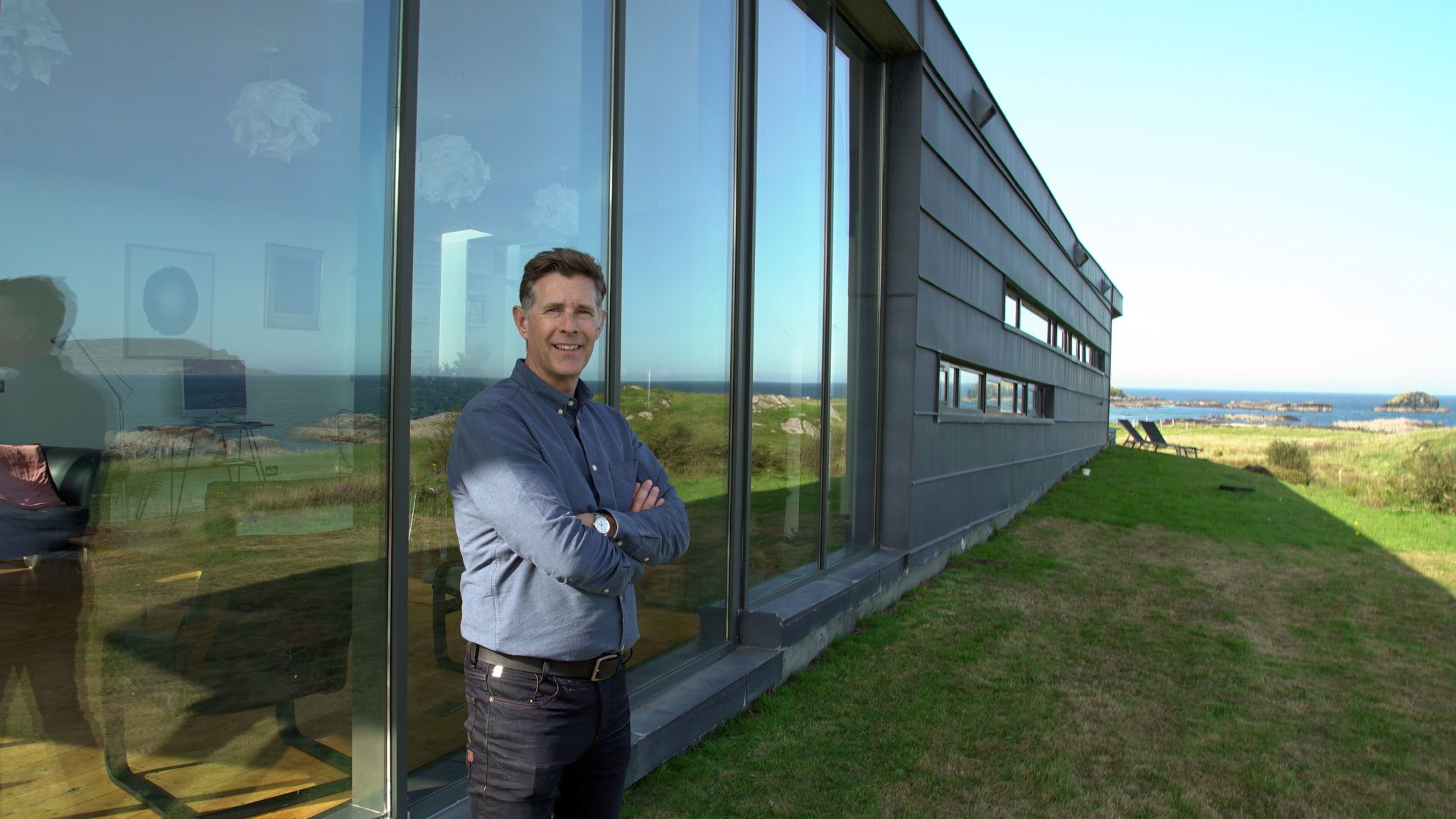 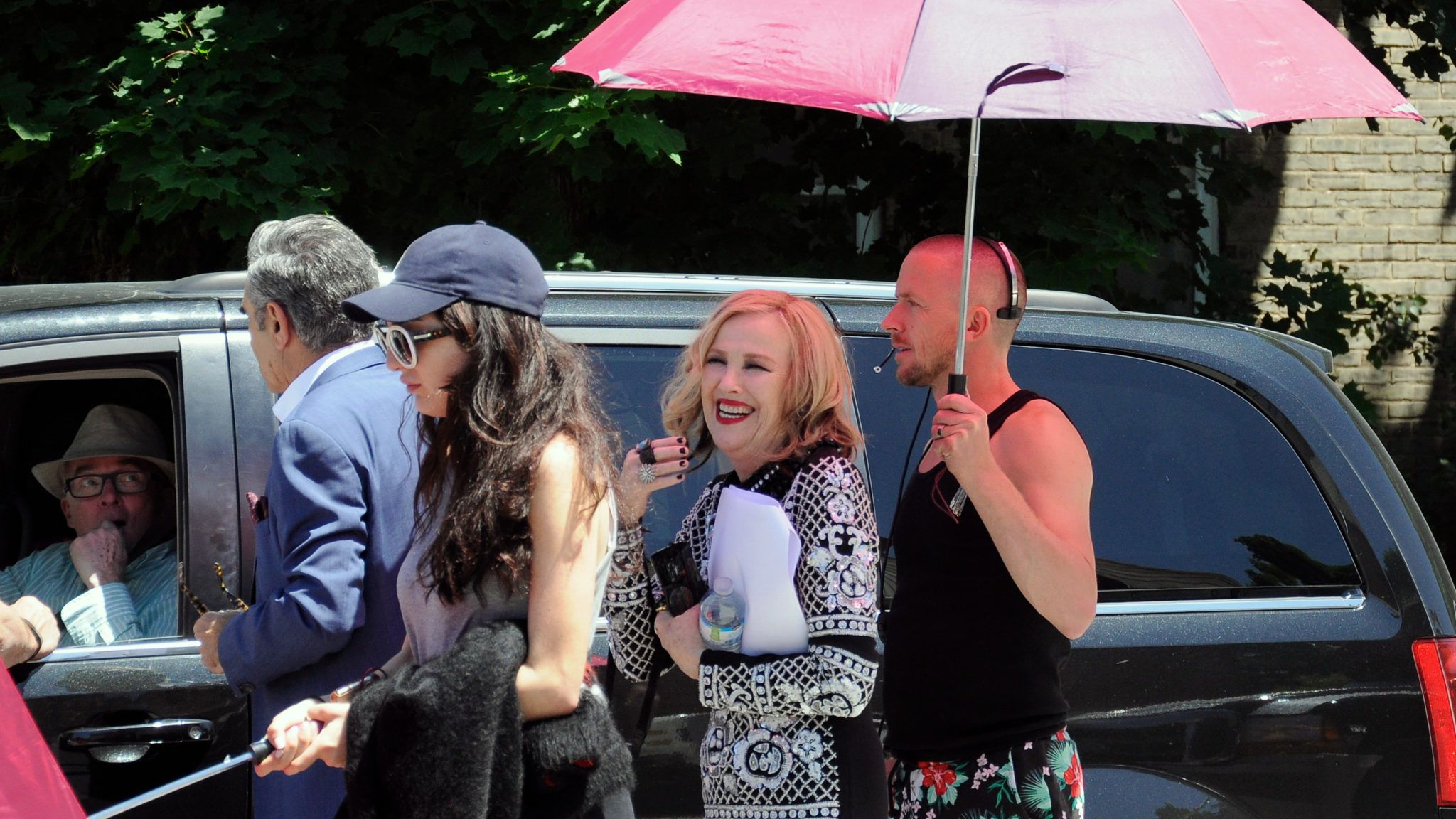 To get the most out of a consultation Dermot advises submitting plenty of images, a video, plans, or even a quick sketch/diagram in advance.

‘But really it’s about keeping an open mind ... and doing whatever I suggest!’

To book a consultation or for more information go to simonopendoor.ie.