Ahmet Dede with his partner Carly and their daughter Aleyna. He says that he has mellowed and softened since becoming a dad. (Photos: Andrew Harris)

It’s been an incredible few months for Baltimore chef Ahmet Dede who has just been crowned Chef of the Year, but he says none of it would be possible without his family and restaurant team

WHILE Ahmet Dede has numerous awards, Michelin stars and the recognition of his peers as being one of most talented chefs in Ireland, for him it was the birth of his daughter that was the greatest gift of 2022.

This year alone, Ahmet and his team at Dede at the Customs House in Baltimore have won a Michelin star, received Food and Wine Magazine’s accolade of Best Restaurant in Munster, as well as the Best Chef in Ireland from  the same publication, all this on top of receiving the same honour at the Irish Restaurant Awards.

‘It is very nice to be honoured,’ Ahmet told The Southern Star.

‘I am so happy and proud of my amazing team, my business partner Maria Archer and my family.

‘Having the best team and my family beside me is the greatest achievement.

‘This year has been amazing with the birth of my daughter Aleyna, she and my partner Carly are my every day inspiration.’

Ahmet, who is originally from Turkey, decided to become a chef in 2009 when he first arrived in Ireland with no real plan and no formal culinary training.

‘When I arrived, I didn’t know what I was going to do,’ Ahmet said.

‘I got a job in a pizzeria and after six months I decided that I wanted to be a chef, so I went to train at the Dublin Institute of Technology, part-time.’

After a just a month, Ahmet decided that he wanted to know more about fine dining and so after a Google search, and the help of another Corkman, Michelin starred chef Ross Lewis at Chapter One in Dublin, Ahmet set out on his own journey towards the Mews, Baltimore and his first Michelin star.

‘I just called to Chapter One and asked Ross if I could work for him, for free, one day a week,’ Ahmet said. ‘He agreed and after a few months of this, Ross offered me a job.’

And so began a winding path that saw Ahmet working with Michelin-starred chefs in Dublin, Amsterdam, Oslo and finally moving to Baltimore.

‘I didn’t know where Baltimore was, but something told me I could be happy and create something very special here,’ said Ahmet.

‘I am very lucky to have such a fantastic team here in the restaurant, but it is also about the availability, all within a few miles of us here, of some of the best produce and producers anywhere.

‘I decided that we would never cook with anything outside our region, it’s just not going to happen.

‘We have a very good team here and we are blessed with the produce and the people supporting us and I told the Michelin guy, when he was here, that this is our only philosophy here.’

Ahmet admits that the birth of his daughter Aleyna has made him re-evaluate his life and his approach to work in the kitchen.

‘She [Aleyna] and Carly are my inspiration and my motivation,’ Ahmet said.

‘Life has changed. I am more mellow and have softened I feel, it’s amazing.’ 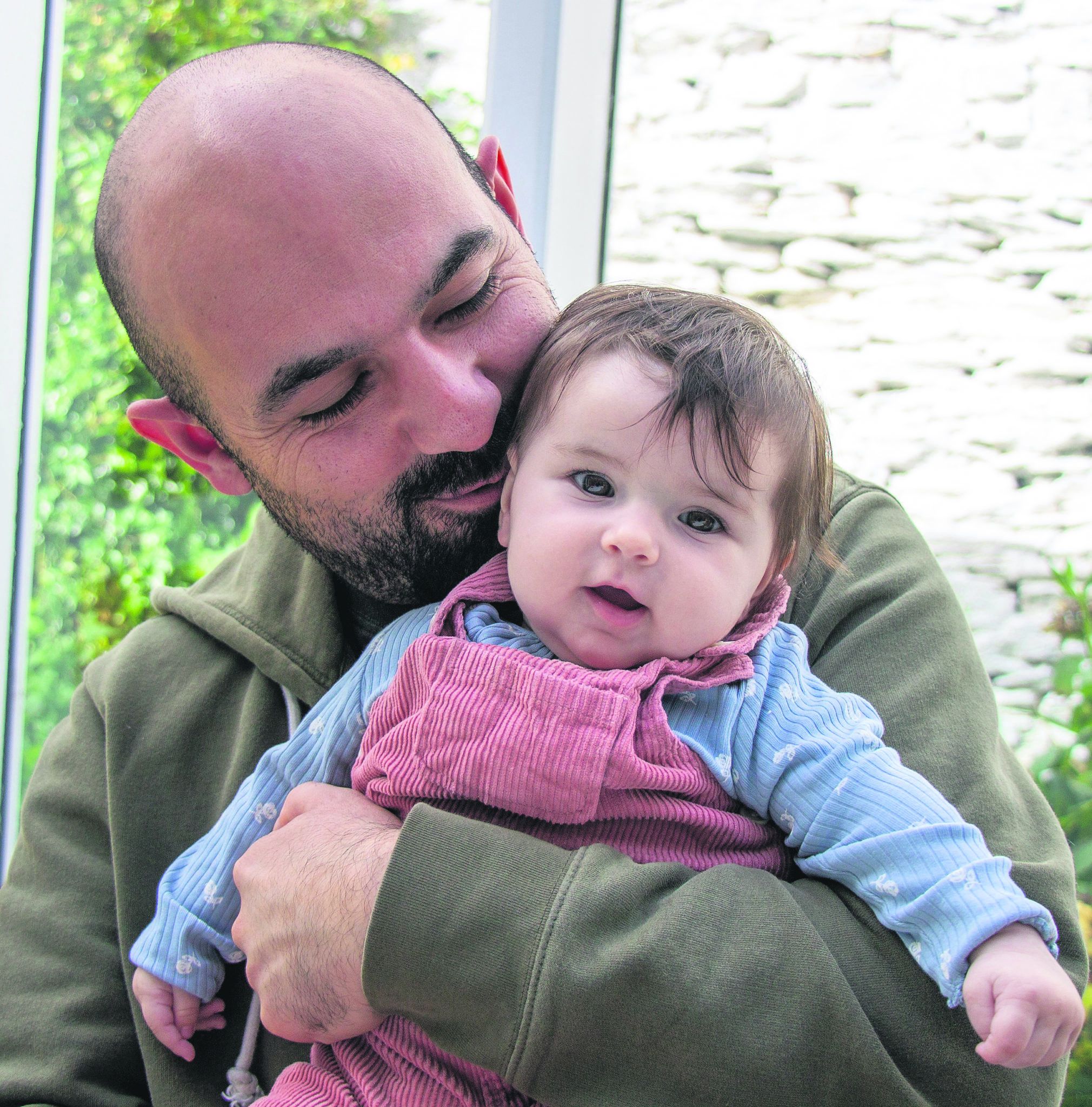 Ahmet’s family in Turkey have yet to meet Aleyna and Carly, a situation that Ahmet plans on rectifying very soon.

‘We couldn’t travel because of Covid so we will all be going over to meet my parents and family soon,’ Ahmet said. ‘I miss my mother and family in Turkey of course, but Baltimore is my home.’

It’s a home with one of the best larders a chef could possibly want.

‘I can get asparagus from Cape Clear. I call the farmer at eight in the morning, she picks the asparagus, puts it on a ferry, I go to the harbour, collect the asparagus and it is cooked and served that evening in the restaurant,’ he beamed.

‘A lot of restaurants would never have access or a connection with such great produce and the people that work so hard and with such passion to create such delicious raw materials, be they strawberries, tomatoes, peppers, salads and of course the fish and the meat, as those producers here in West Cork.’

It is this special connection with the producers, the fishermen and indeed the foragers who arrive at the kitchen door with seaweed, mushrooms, wild berries, and herbs or whatever is good and in season, that allows Ahmet and his team at Dede to work with the confidence of knowing that they are serving their customers only the very best.

‘There is so much here.There is so much produce, especially from April to September, you would need 10 restaurants to do justice to all that West Cork has to offer,’ Ahmet said.

‘The Michelin star and all the other wonderful awards are not just about me, though,’ he said.

‘They’re about the incredible team here at the restaurant. It’s not about me as a chef, it’s about producers, the farmers, the fishermen, the cheesemakers, and the fantastic people of West Cork.

‘I truly believe that there is no limit to what we can achieve here.

‘I am looking forward to the future, I have an incredible team and great producers, and a wonderful family. The future is very bright,’ he said.