Katie Shanahan with her pup ‘Skye’ who has become a TikTok hit. Katie uses social media to give people an accurate representation of what life on a farm is all about – and also to have fun! (Photo: Pat Calnan)

Depite growing up on a farm and having a huge love for agriculture, Katie Shanahan didn’t think it was a career she could pursue. That’s why she’s now committed to helping close the gender gap in the sector

A YOUNG farmer from Leap is using social media to show young girls that opportunities exist to pursue careers in agriculture.

Katie Shanahan started documenting life on her family farm in 2020 and she now has 117,000 followers on TikTok and over 11,000 on Instagram.

‘Promotion of Irish agriculture is something very important to me,’ said the 26-year-old. ‘Farmers can get a bad “rep” on many levels, so I’m just trying to do my thing and educate people while also making them laugh.’

Katie  insists her videos are never planned or scripted, but are just a ‘natural representation’ of what she’s doing on any given day.

That could be training her pup ‘Skye’, a Blue Merle who has become a TikTok sensation, getting sheep ready for summer shows, or more every-day tasks like fencing or animal dosing.

Given that she works on the family farm, is studying for her Green Cert in Clonakilty Agri College, works with CoAction and has her own Irish dancing school, her content is always lively.

Despite having a massive interest in farming, after her Leaving Cert, Katie was still unsure if it was a career she could pursue.

‘Having three brothers and coming from a fairly traditional family, I never saw the possibility of me one day taking over the farm.

‘I always had a caring personality so decided to go to WIT and study social science, as it was a broad course that could allow me to branch into many sectors. After graduating, I’ve taken an interest in the disability sector and have worked with children and adults for the last five years.’

Currently she works every second weekend with CoAction West Cork and works during the week with dad, Raymond on the farm which has commercial cattle and sheep and also pedigree Charollais sheep.

‘I also have my own Irish dancing school and I travel around and teach on week day evenings.

‘I danced all my life with the Kiely Walsh Academy and don’t see this as a job, more of a lifestyle and hobby. I love the mix of jobs and constantly being on the go!’

Katie was recently in Kentucky at the Alltech One Conference after winning an AgriAware social media competition.

‘The aim of the competition was to promote family farming which was made very easy with the videos I take each day with dad and also my two-year-old godson Eddie who absolutely loves farming with me.’

She was also recently invited by  Arrabawn Co-op to a ‘Women In Ag’ celebration day. 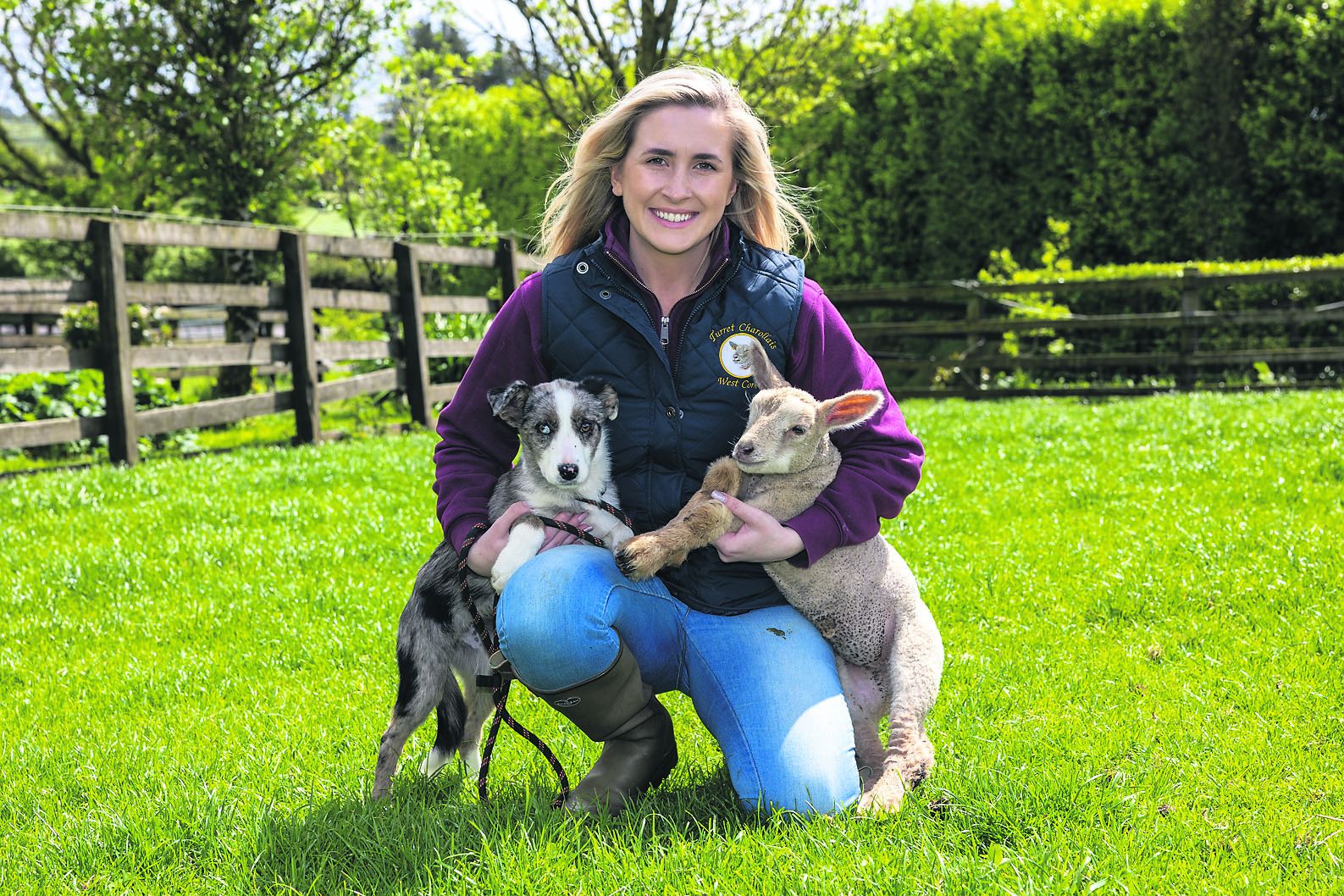 ‘Growing up, I never encountered sexism in the agri sector. I went everywhere with dad including Skibbereen mart on Fridays, daily trips to the co-op, helping the vet, driving tractors and so on. I was never treated any differently.

‘Having said that though, I never had the chance to meet other women in agriculture and hear the success stories out there.

‘Maybe if I had, I would have felt more comfortable doing a course like Ag Science after school instead of feeling I had to go into a career like social care/nursing or teaching,’ she said.

And even though she hasn’t come up against any obstacles because of her gender, she still feels she has a role to play to help others.

‘That is why I use my social media presence to promote family farming but also to show young girls the option for them to delve into agriculture is there.’

She stresses she doesn’t just want to promote farming just to girls, or create a gender divide.

‘But I will support girls who message me for advice on what to do or personal struggles they face as women in agriculture and help close the gap.

‘Just because one female farmer has her own farm and is very successful and respected by all does not mean everyone is,’ said Katie.

She has also been just recently accepted to a Management and Marketing Masters programme in UCC this September which she is very much looking forward to.

‘I hope to pursue social media even further and to be in a position to constantly promote agriculture whether that will be working for agricultural brands or managing social media for agri businesses,’ said the ambitious young woman.