A large crowd attended the farm walk which was organised by Teagasc. (Photo: Andy Gibson)

SUSTAINABILITY is within the grasp of farmers to help them reduce their carbon footprint, with multiple measures easily attainable for those who are willing to adapt, according to Thomas Curran, recently promoted head of Teagasc’s advisory service.

Increasing biodiversity, using low emission slurry tankers, and the introduction of clover in fields are among the measures which farmers can begin to reduce their footprint, he said.

Mr Curran added that farmers are working hard to reduce their carbon emissions, and that there needs to be a more balanced debate around the issue moving forward.

‘Every sector has to pull its weight and farming is no different,’ he said. ‘I also think people need to be aware of where food is being produced, as Ireland is a very efficient and low-carbon producer of food.

‘If we don’t support our farmers and we reduce our home-based food production, then that food will be produced elsewhere in the world where maybe the standards are not as high as we have here.’

Cork county mayor Danny Collins, said that farmers have been unfairly targeted by the government in relation to the recent debate as to whether carbon targets should be set at 22% or 30%.

‘It’s very hard for farmers at the moment with the various announcements from our government and I do hope that this cutting of the herd will be reversed,’ he said. ‘Farmers are worried about that and what’s ahead of them.’

‘Planes are flying all around the world and there’s nothing said about them. Farms are the easy target and our government have to rethink what Minister Ryan has been announcing lately.’

They were speaking at a Teagasc walk on the Shorten farm in Clonakilty. The Shortens are the 2022 winners of the Carbery Quality Milk Awards.

They also won the award in 2021 and were described on the day as having had an exceptional level of detail to sustainability throughout the years.

Speaking to The Southern Star, Mr Curran said that the Shorten family set an example for other farmers to follow.

‘They are fantastic exponents of producing quality milk,’ he said.

‘This farm is a really good example of all of the measures that farmers can implement to reduce their carbon footprint.’

Some of those measures include something as simple as the introduction of clover to fields, which helps reduce the need for nitrogen fertiliser on the farm and helps grass grow naturally.

Dairy farms accounted for approximately 15% of greenhouse gas emissions in 2020, and adoption of clover instead of fertiliser, along with using protected urea and low emissions slurry spreading, has been shown to substantially lower the carbon and ammonia footprints of pasture-based milk production while improving profitability on the farm.

The Shorten family has farmed at Woodfield since the late 1930s, with the farm now consisting of 69ha, with 28ha as the milking platform.

The farm supports a herd of 120 milking cows and operates under the Nitrates Derogation.

Ronald Shorten says that sustainability has been at the heart of everything they do for years now.

‘What we’re trying to do is get the message out there,’ he said. ‘It’s an issue and every farmer will have to deal with it.

‘We’ll all have to work at it together. We’ll have to buy locally and not be thinking of buying something that comes from Brazil or Argentina or Australia or wherever.

‘Farmers are being targeted because they’re deemed as being bigger emitters, but farmers here in this country emit less than any other part of the world.

‘They’re more sustainable than any other part, even in [mainland] Europe.’ 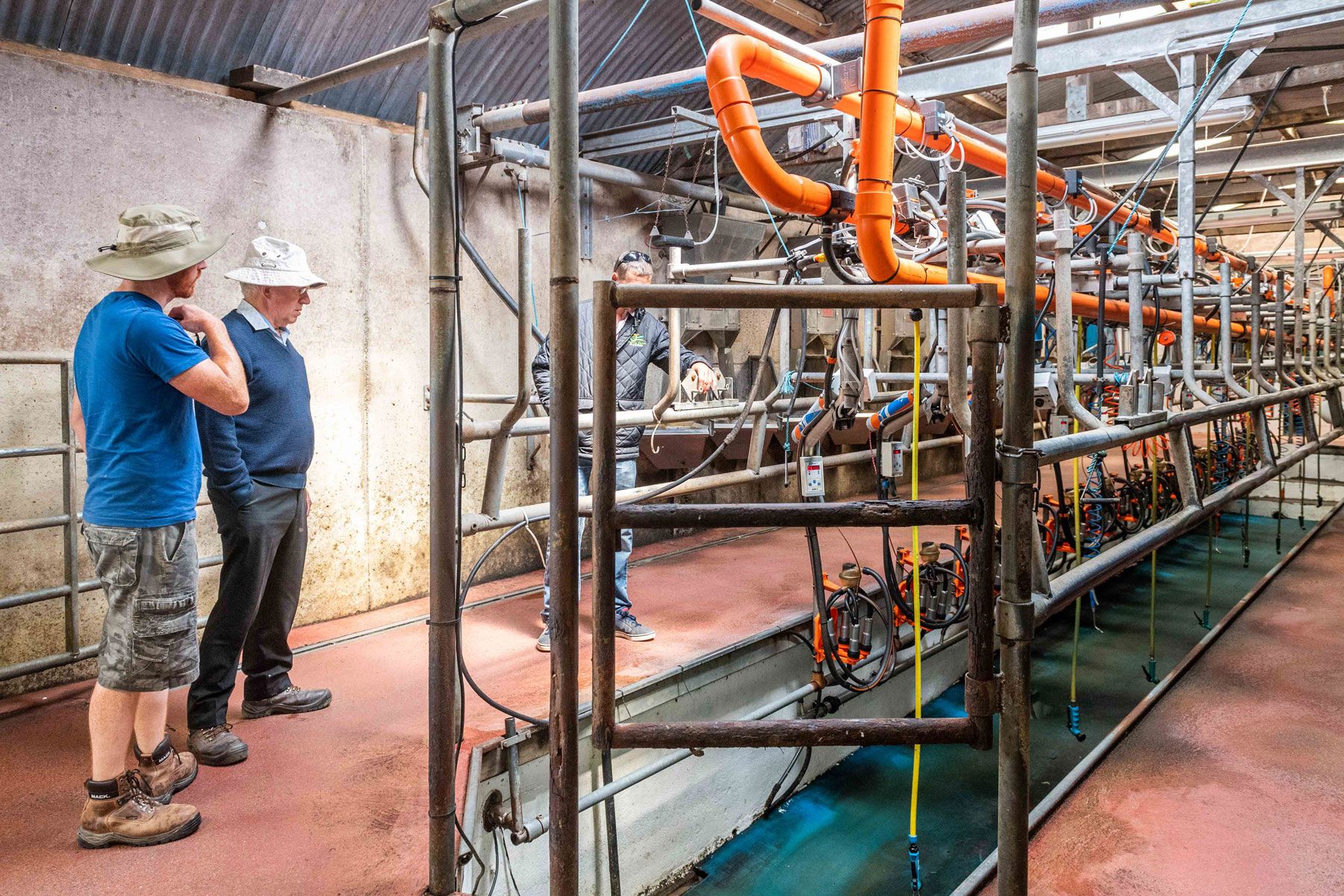 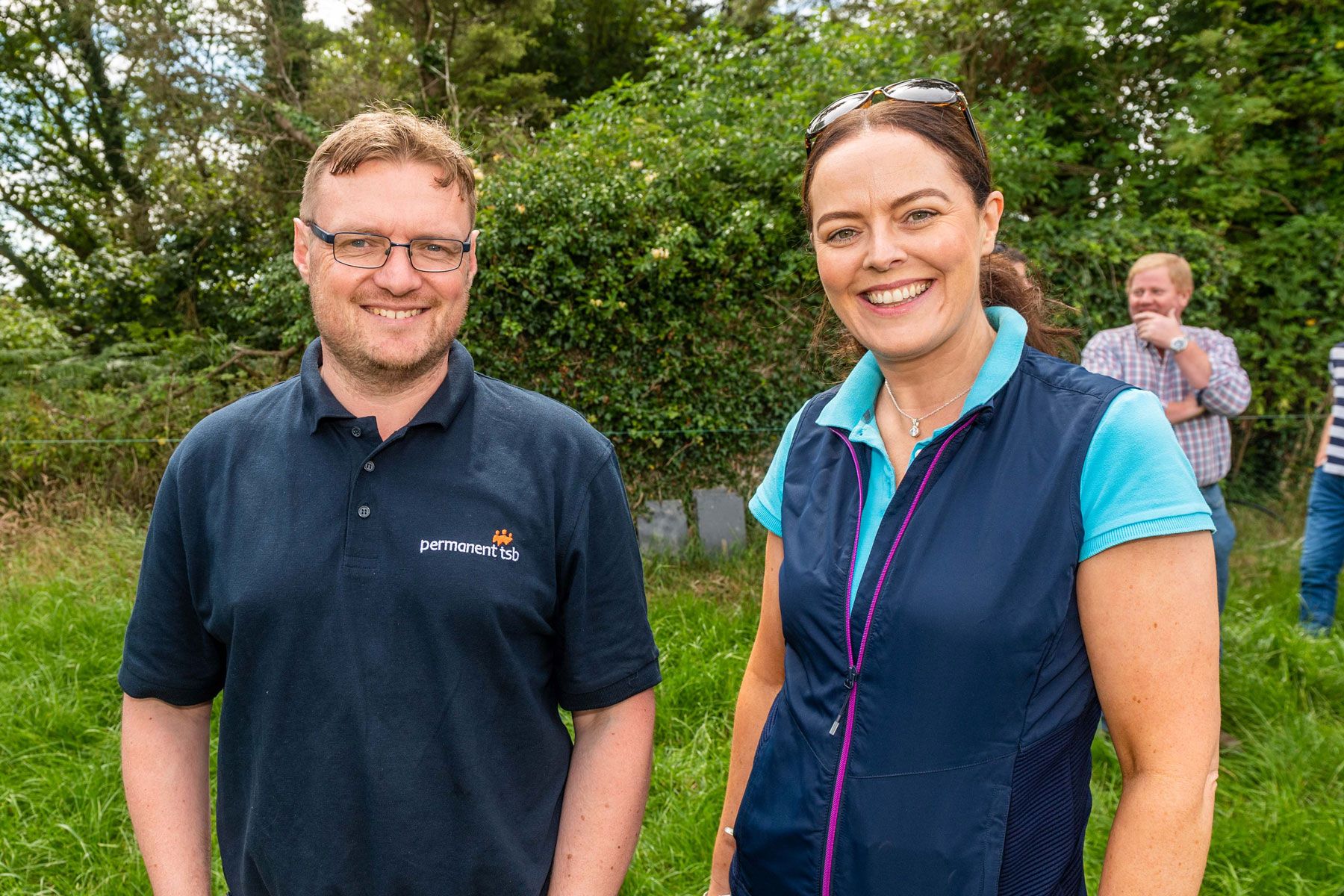 Ian McCarthy and Deirdre McSweeney from PTSB were at the event. (Photo: Andy Gibson)