CORK’S first on-farm biogas plant is up and running outside the West Cork village of Timoleague and is gearing up for its first Spring of distributing organic manure to local farmers.

While countries like Germany have over 8,500 such facilities, this is one of just six in the entire country and is ground-breaking in terms of reducing methane from food waste, and reducing reliance on fossil fuel energy.

Colin Bateman explains how they’re ‘not reinventing the wheel, but are copying what’s being done in other countrues. In effect, we are creating electricity for 1,000 houses out of slurry and the volatile gasses which would otherwise be going into the atmosphere.’

Essentially, the plant takes approved manure and food processing wastes from the district and uses it to create both renewable energy and organic fertiliser.

The electricity is sold to supplier Naturgy, and the fertiliser is available to farmers to buy.

And, while it’s still early days, future plans by AgriGen include supplying a fuel called compressed natural gas (CNG) to the freight sector to lower emissions and to eventually supply natural gas to the national grid.

In total, it’s a 500KW electrical output plant capable of processing 35,000 tonnes of biomass per year. It has a licence to process 48,000 tonnes of organic material annually when fully developed (the equivalent of accepting around five loads a day). 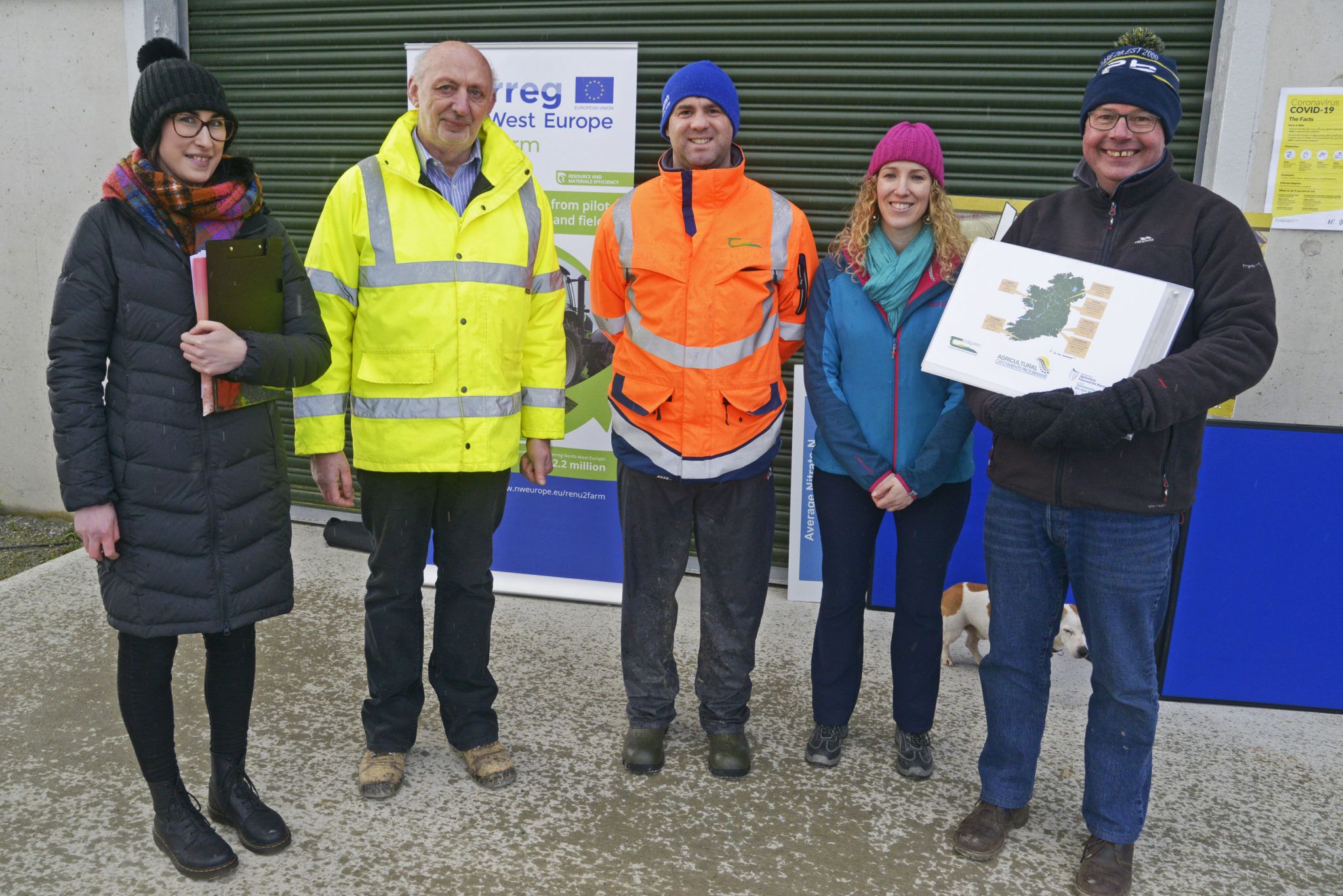 Here’s how the process works:

- Waste from approved sources, including Irish Yogurts, Shannonvale Chicken and Staunton Foods, arrives on site. They are charged via a gate fee and the waste is tipped into an enclosed 75m3 pit.

- From there it’s piped into a 500m3 mixing tank where it’s continually stirred.

- Next it’s piped into a 2,000m3 primary digester concrete tank where the process of anaerobic digestion begins, crucially in the absence of oxygen, and where microbes break down the biodegradable material, much of which would otherwise end up in landfill.

- As more waste is added to this tank, some of it spills into a 4,000m3 secondary digester concrete tank. The waste in both tanks is heated to 55 degrees.

- The process takes around 25 days before biogas (60% methane and 40% carbon dioxide), is collected through a pipe, is cleaned and cooled, and used to drive a 500KW CHP (combined heat and power) engine before going to the grid.

- The heat that’s created from the CHP is used to pasteurise the waste material in separate tanks to make sure it’s free of pathogens or weed seeds.

- It’s piped to two 4,000m3 storage basins from which farmers can fill their tanks.

Manager Derry Murphy and Michael McEniry of NRGE, and the project engineer, explain that the benefits of the process are the reduction in waste, reduction in carbon footprint and production of high-nutrient, 95% odour-free digestate.

They currently have a few thousand cubic metres of liquid digestate available and, while they acknowledge the wet Spring hasn’t helped, they’re optimistic.

‘This is the way forward. We can’t keep producing electricity from coal; here we’re producing it from material grown locally,’ said Derry.

In the future, the Timoleague plant hopes to also be in a position to accept food from supermarkets that is past its sell-by date.

A plant in Nurney in Kildare is currently doing that and employs around 23 people, illustrating the employment potential in the enterprise.

There’s also infrastructure in place to power a district heating system which environmentalist Duncan Stewart previously told  The Southern Star was the best way for communities to make sure they had a dependable energy supply for the future.

This article was taken from our popular Spring/Summer Farming magazine which is available to read in full here.