Young and Dairy Farmer of the Year award winners, from previous years, say being involved was a great confidence boost, and they are now urging others to take part

And he said the win was one of the things that gave him the confidence to take those steps forward.

‘It was a very pleasant surprise to be nominated, and an even nicer one to win,’ said Aidan.

At the time of the win he was a reasonably well established dairy farmer.

‘But winning something like that would certainly be one of the things that gave me confidence to take the next steps in my farming/life journey,’ said Aidan.

He now milks across three platforms having bought an outside farm in 2017, and renting a third unit in 2019, all in the greater Schull area.

‘Winning the Young Farmer category certainly gave me the confidence and motivation to push on and try to get more out of the job,’ he said.

Farming by its nature, is solitary and the awards are a good opportunity to get recognition from your peers, and your community, he said.

With a lot of negativity surrounding the agri-sector in the climate challenge context, Aidan said he felt the awards were even more important than ever.

‘I feel the sector is being wrongly ostracised a lot of the time, so anything that can celebrate what we do, and that’s producing food to a really high standard, should be supported,’ he stressed.

Dairy Farmer of the Year winner in 2019, Conor Murphy, from near Clonakilty agrees. 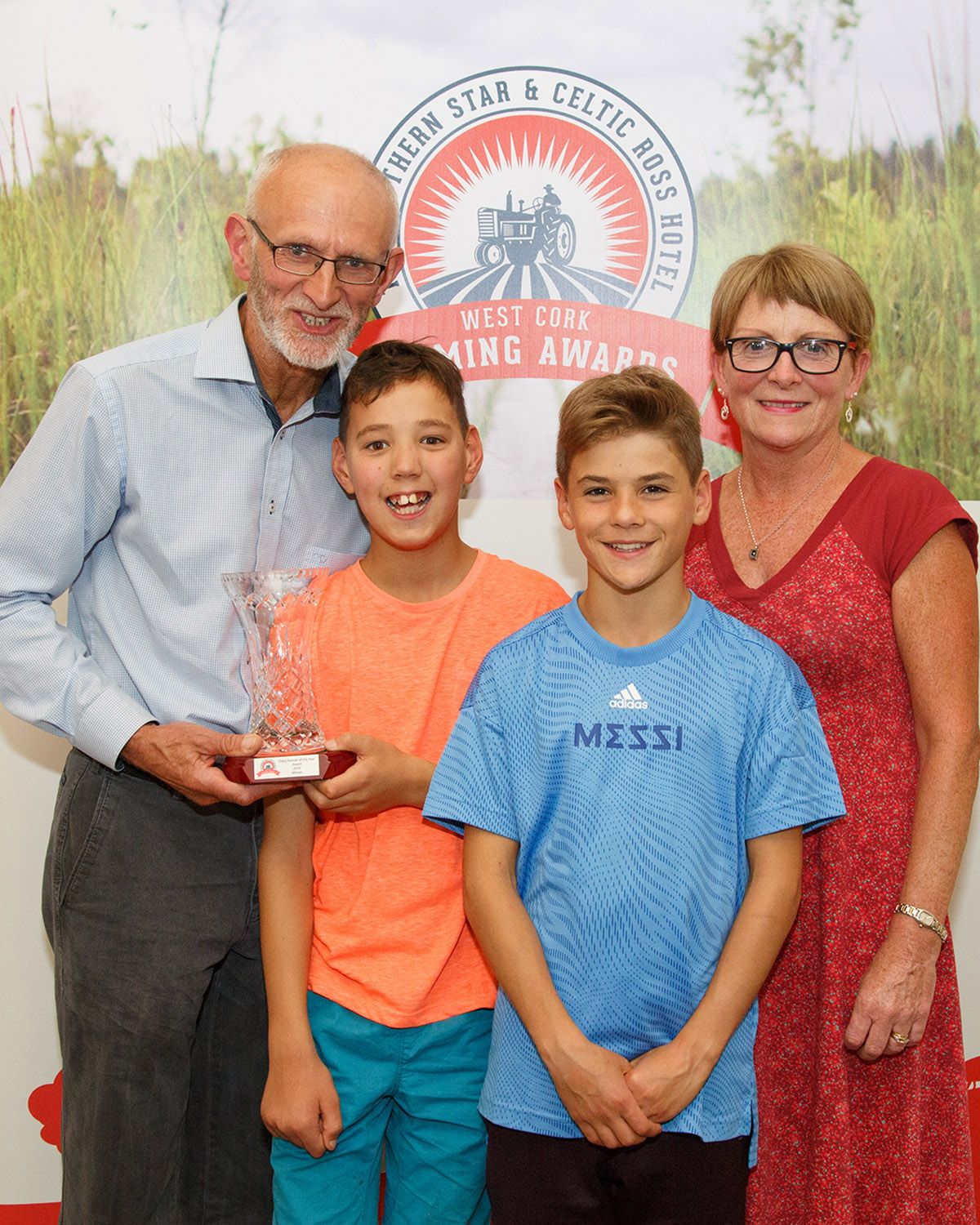 The 2019 Dairy Farmer of the Year Conor Murphy with his wife Mary and sons Ruairí and Olan.

‘The awards provide an opportunity to recognise the great work that’s being done in the area. Farmers across West Cork are on top of their game and highlighting this has a positive knock on effect for everyone in the sector,’ said the Lisavaird Co-op supplier.

Conor said winning the Dairy Farmer of the Year title was a ‘real honour.’ Admitting he’s not someone who is too keen to stand in the spotlight, being involved in the awards was very positive he said.

Conor, who has also been shortlisted as a Carbery supplier of the year,  strongly encourages farmers, across all sectors, to take the time and enter this year’s competition.

‘It’s a great way to give recognition to people who are doing things well,’ he said.

Aidan agreed, and said his involvement in the competition was a very worthwhile experience.

‘I still have fond memories of the awards ceremony in The Celtic Ross and to win something like that with my family there with me is something that I won’t forget for a long time.’