A WEST Cork solicitor launched a series of Covid-19 themed webinars designed to offer professional advice during the pandemic, and to help counteract isolation among his peers.

However the sessions by Flor McCarthy, managing partner of McCarthy +Co Clonakilty, quickly evolved into something far bigger with a huge community of solicitors now tuning in for the banter and camaraderie, as much as the expertise and advice.

Flor, a member of the Council of the Law Society of Ireland, co-hosts the webinars with Martin Lawlor, a solicitor based in New Ross, Co Wexford.

The pair hit the ground running on March 20th, motivated to help those who may have been experiencing isolation due to courts closing, or working from home.

‘Solicitors are used to being in court, meeting other colleagues, and continually interacting, but all that stopped so to start with we just wanted to see how everyone was coping,’ said Flor.

He said they were ‘absolutely amazed’ that 626 people registered for that first event.

Subsequent events on topics like the wage support scheme, the closure of the land registry etc, continued to attract bigger audiences of 800 plus. 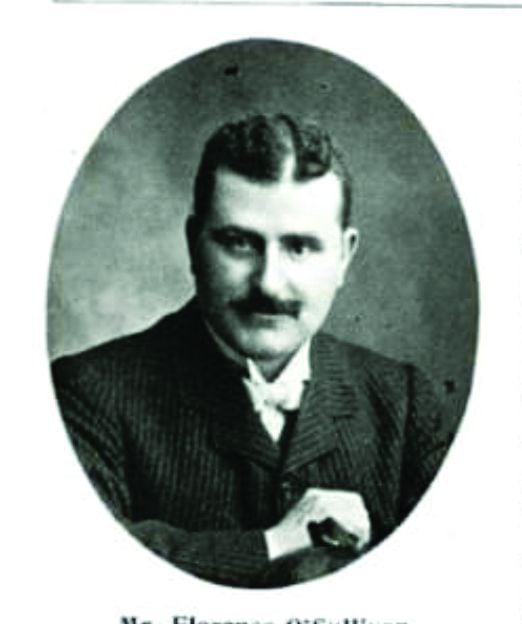 ‘What we saw was a vibrant community spirit erupting with extraordinary numbers. These were people who may not have seen anyone all week, and they were able to get valuable information, ask questions, give feedback and enjoy some banter,’ said Flor. ‘It really turned into a phenomenon that we didn’t expect.’

Their audiences are solicitors working in firms and also people running firms, who might be wondering how to manage their way through the pandemic, and deal with new challenges, he explained.

As the weeks went by Flor and Martin invited guests to join them, including IT experts who offered advice on how to prepare offices for reopening.

Their most recent webinar on gender equality in the work place coincidentally had a link to The Southern Star. It featured leadership expert Hannah Carney, the great grand-daughter of John O’Sullivan, and great grand-niece of Flor O’Sullivan who founded the newspaper in 1889.

Flor O’Sullivan was himself a solicitor, practising for many years in Kinsale, before heading to Dublin. And in another twist, webinar host Flor’s grandfather, also Florence McCarthy, of Garralacka, Clonakilty was a court reporter for this newspaper for a number of years.

Flor and Martin have been widely praised by solicitors nationwide for helping to create a sense of community, positivity and purpose in the profession during the pandemic.

Among them is Eamonn Carney, a Dublin based solicitor and Hannah’s brother, who practised as a solicitor in Bantry in the late 1990’s. He said: ‘Unbeknownst to Flor when he invited Hannah to speak, is that the other co-founder of The Southern Star, was Flor O’Sullivan who qualified as a solicitor in 1893 in Skibbereen; and spent the next 30 years as a well-known practising solicitor in Kinsale, before heading to Dublin.

‘Imagine what John and Flor O’Sullivan would have thought if, in 1889, whilst establishing The Southern Star, they had somehow been told that 131 years later there would be a global pandemic and that with the entire country locked into their homes and travel restricted, a Clonakilty solicitor would invite their great grand-daughter/great grandniece to join him, using technology they could not even imagine, to visually and verbally communicate with solicitor colleagues all over the country.’

Flor and Martin’s next webinar takes place on July 17th, with representatives from the ‘Outlaw Network,’ which is the LGBT group for legal professionals.

‘So really what started off as professional training sessions has evolved into something much more social.

See flormccarthy.ie to register for the next event and for information on how to listen back to past webinars.