Still happy together 60 years after they married, Danny and Anne Keane.

A COUPLE from Ballylickey who will be celebrating their diamond wedding anniversary (60 years) on December 17th, are proof positive that opposites attract.

‘Dad is the strong, silent type. A man of few words. And Mom is very much front of house: social, outgoing, chatty,’ Anne-Marie O’Donovan said, when describing her parents, Danny and Anne.

The couple met when Anne was just 15 and Danny was 17. The couple married when she turned 19, and they have been inseparable ever since. Together, they braved emigration to Kentish Town in London, where they lived and worked for 13 years.

The first four of nine children were born in the UK, but the other five are able to lay claim to true West Cork roots after the couple returned in 1971.

Together, they built a house and for almost 50 years concentrated on living a quiet life, the primary focus being the rearing of their children. 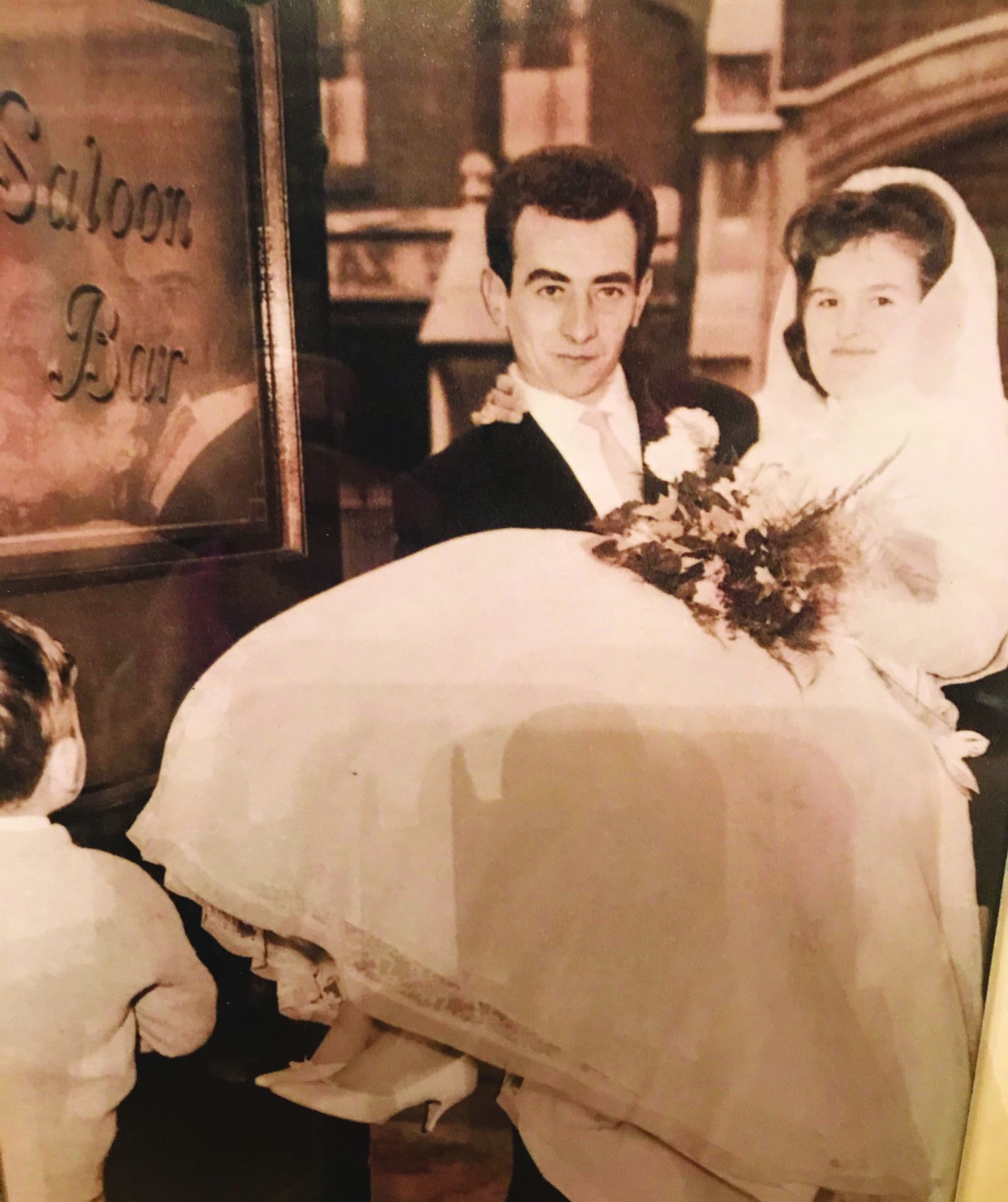 Ballylickey couple, Danny and Anne Keane, on their wedding day 60 years ago.

‘Great neighbours played a big part in our life too,’ Anne-Marie told The Southern Star. ‘The neighbours on either side had as many kids, so we all grew up together.’

As a couple, they were very hardworking, according to their daughter, who is the ‘baby’ of the nine.

It’s a trait that they passed on to their children, all of whom love them very much. Danny and Anne are also adored by their 33 grandchildren, and one great grandchild.