FINTAN McCarthy has had far more good days than bad since he became an Olympic champion.

At the Tokyo Olympics in late July, the dream Skibbereen team of Fintan and Paul O’Donovan rowed their way to a glorious gold medal – and into the history books – when they rubber stamped their standing as the dominant force in the men’s lightweight double.

That was the highest of highs. Pure and utter euphoria. But it’s important, too, to note the post-Olympic period isn’t all smooth water, as athletes transition back to every-day life.

For years, athletes work towards a goal, pouring their life into it. There’s the build-up and hype and excitement. Then the lucky ones touch the sun and live the dream, but life moves on and suddenly it’s all over.

‘You have just had an incredible experience, we had such a great time in Tokyo and we have some incredible memories, and then it’s all over.

‘You have to wait another few years to experience it again but there is no certainty you’ll ever get back to an Olympics again.

‘Some days are harder than others, and it does feel crap when you are having one of those days, but you can’t sit around and wallow. You have to do your best to work towards the next one, that’s all you can do now. Still, it’s nice to have those memories.’ 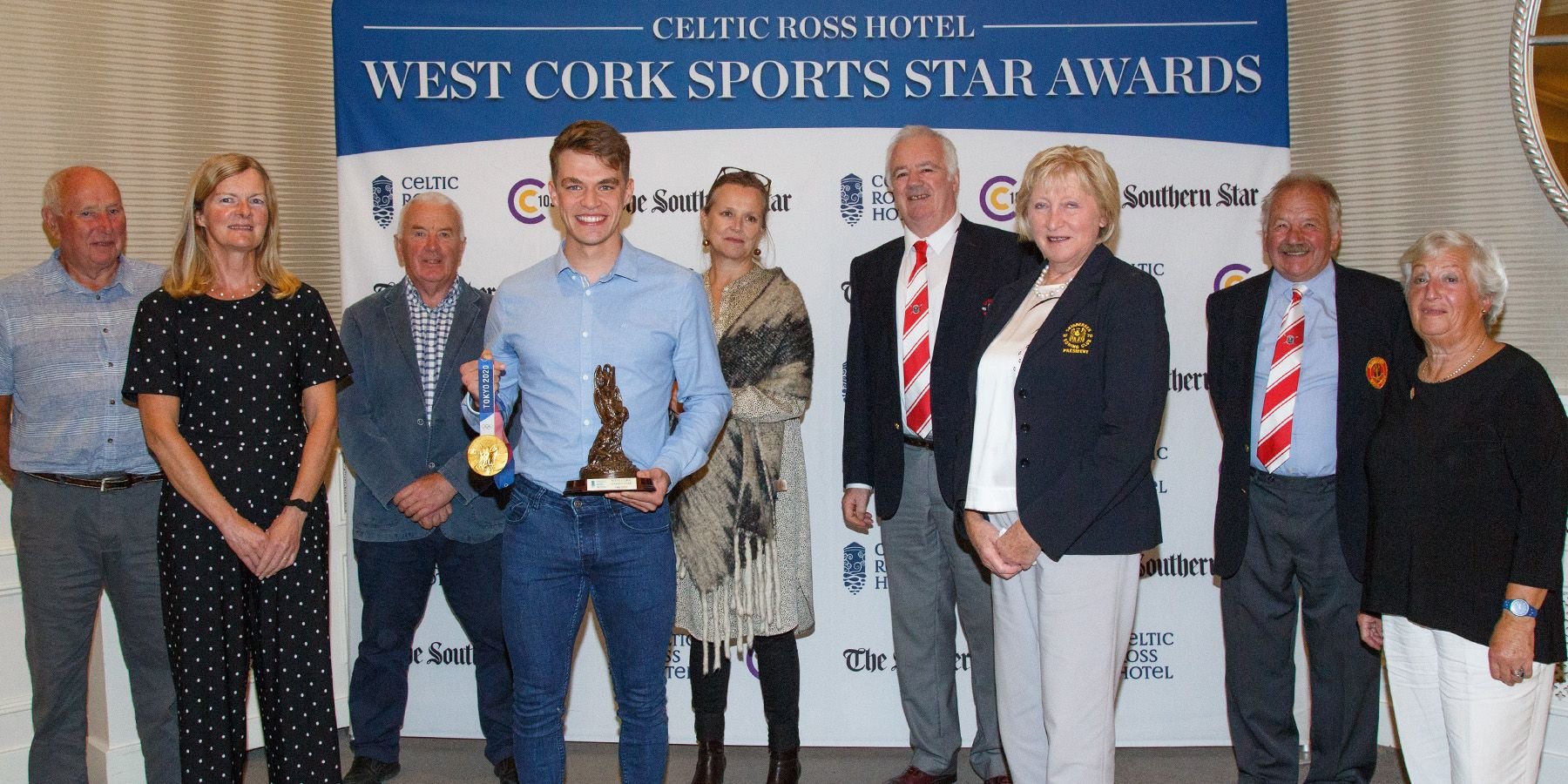 It’s in those ‘crap’ moments that the Skibbereen rower reminds himself why he rows. It’s not about Olympic gold or World gold or European gold or world best times – because he has all those boxes ticked. Fintan rows because he loves rowing. It’s his sport. It’s what makes him happy.

‘Even reflecting on the last Olympics, the best times and the best memories were when we were training,’ he says.

‘We had some funny chats in the sauna in Banyoles doing our heat training ahead of the Games, and we had the craic on camp and in training every day. It’s great that we get the chance to do what we love every day and that’s why we do it. That’s what you have to remind yourself of. Especially when you are new to it, there is the excitement around the Olympics but that is only one aspect of the sport.’

Fintan feels he has adjusted well to life post-Olympics. There’s more attention and turning heads and he is more recognisable – in a recent phone call, after hearing his name, the woman at the other end of the phone enquired if he was ‘the rower’ – but he’s still the same Fintan who doesn’t like hot drinks and who likes structure to his day.

His decision to return to UCC and start a research Masters in the Physiology Department is a smart move on many levels, post-Olympics. It’s a different focus and another interest after a long stretch where rowing consumed every facet of his life pre-Tokyo.

‘The last few years have been so focussed on rowing, it’s easy to get caught up in that and think about it all the time, but that’s not the best way to live life,’ he says.

‘I’m looking forward to having something different to think about other than training. I think this will actually help my training because I will need to be really efficient with my time and make the most out of training when I am.’

He’ll admit, too, he wasn’t jumping up and down when he returned to training last month. Again, that’s natural. For the last few years, it was all geared towards the Tokyo Olympics where Fintan and Paul delivered, incredibly. They summited their Everest. But that cycle is over now. They’re back at base camp, organising the next adventure: the 2024 Paris Olympics. It is over 1,000 days away. 146 weeks. Just under 34 months. But Olympic, World and European champion Fintan is experienced enough already to know how to approach this behemoth in the distance.

‘When you are looking ahead to another Olympic cycle of training it can be a little daunting because you know much work goes into it, but you just have to break it down into little steps along the way,’ Fintan explains.

‘It’s about building each week and being better than you were the day before. If you look at anything three months or three years in advance you think, “Oh Jesus, how am I going to manage this?”, but it’s about the next session, the next day and that accumulates then, it’s that consistency that gets the results.’ 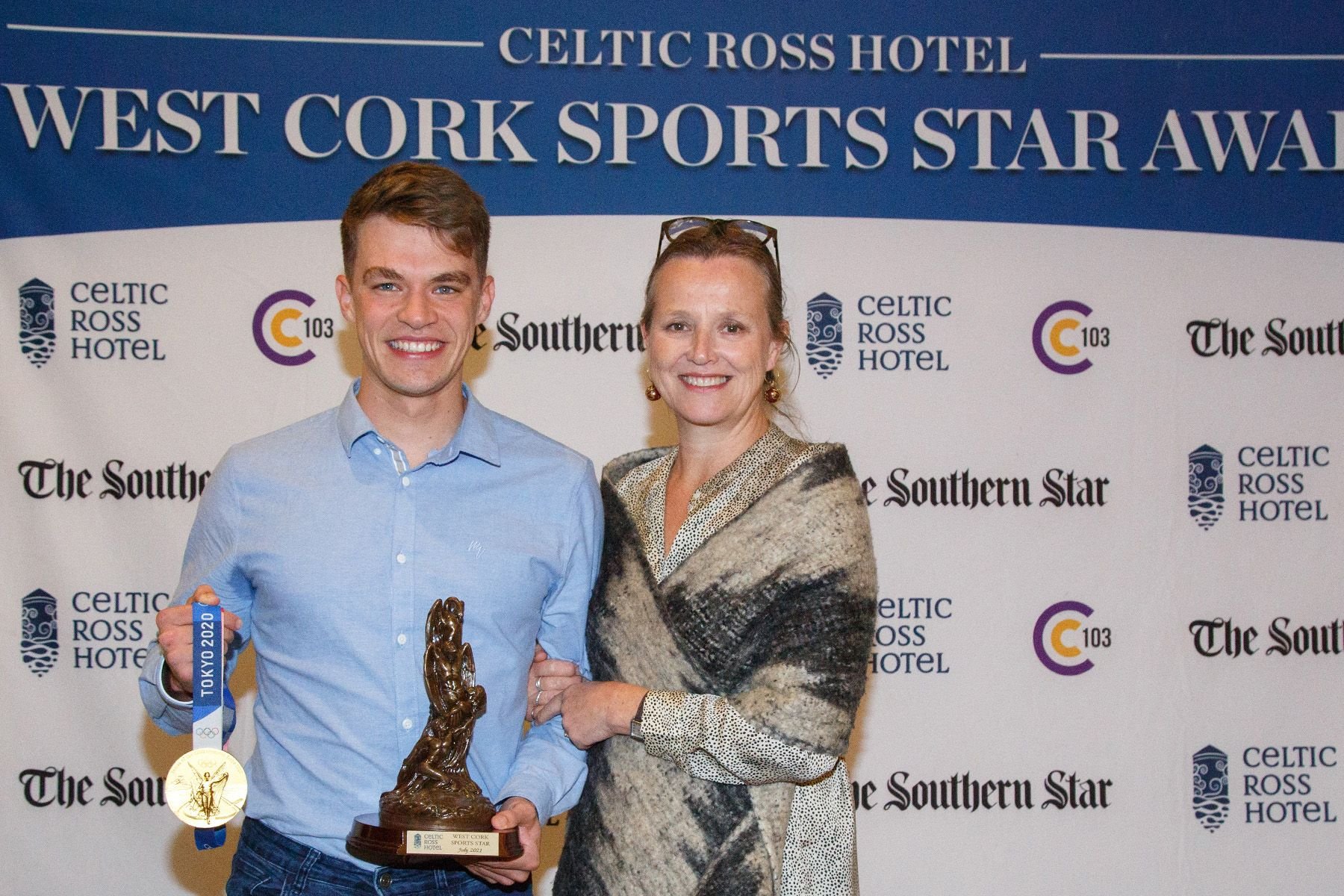 There are short-term goals, like trials and erg tests, but the Paris Games will always be in the back of Fintan’s mind. So too is holding on to his seat in the best men’s lightweight double in the world. In the men’s senior single sculls final at the Irish Rowing Championships in August, just over three seconds separated Paul O’Donovan (6:54.117) in second from Gary O’Donovan in fifth (6:57.773), with Fintan (6:54.773) and Jake McCarthy (6:56.807) in between. Fintan’s plan is straightforward: keep the head down and get faster.

‘Fitness and performance are such changeable things; you could be the best in the world one day and then the next day someone else could beat you,’ he says, knowing there are no guarantees in sport, but that intense competition for those two seats in the boat focuses the mind.

There’s still room for fun, too. Like the Henley Regatta in August when Paul and Fintan added the Double Sculls Challenge Cup to their bulging collection of honours. On the horizon also is the Basel Head Regatta on the Rhine in mid November. There, Fintan and Paul are taking their seats in an eight that also includes Croatia's Sinkovic brothers who won Olympic gold in the men’s pair, Greek rower Stefanos Ntouskos who won men's single sculls gold in Tokyo, German sculler Oliver Zeidler and the the Dutch duo that won silver in the men’s double sculls in Tokyo. It’s an all-star line-up, and a perk of being the best lightweight double in the world.

‘It will be something different, a bit of fun and you are always learning,’ Fintan says, and it’s a distraction he’s looking forward to as life after the Olympics settles down to its new normal.