ORLA Finn had planned to take a break from football over the winter and not return to the Cork set-up until March – but she missed it so much she went back training in mid-January.

Even though this is her 12th season on the Cork senior panel, and even though she has won it all, her hunger and desire hasn’t waned over the years.

In fact, it’s the opposite.

The 29-year-old Kinsale woman, who turns 30 next month, knows this won’t last forever so she is making a conscious effort to make the most of every training session, every game and every campaign.

‘This season I took a little break at the start,’ Finn told The Star Sport Podcast, ‘the girls went back training in November and I didn’t go back until mid January. Last winter I was thinking that I wouldn’t come back until February or March – but I actually started to really miss it.

‘I was in the group chat and the girls were talking about training and stuff, and I just wanted to get back at it. I went back in mid-January because I missed it.

‘What I am trying to do this year is enjoy it because I know it’s not forever. It’s a part of my life. I think this is my 12th season now. I wouldn't know life without it.

‘When I did stop playing and took that break in the winter I did really miss it. I’m going to enjoy this year and see what’s to come after that.’

Those who know Finn the best won’t be surprised that she was back training before she had planned. She has always been ultra competitive. It’s part of who she is. Speaking to The Southern Star back in 2021, Finn gave an insight into her competitiveness.

‘When I was seven years old running in an All-Ireland I remember that I went out and wanted to win that day. Even then I would never be happy with second or third – and I’m still not now,’ the Cork forward said. ‘I always want to improve. I always want to be the best that I can be. I would always review the past year and ask myself what can I do to make me better the next year. That’s the same for all people who compete at a high level in any sport, you need that drive to go out and better yourself.’ 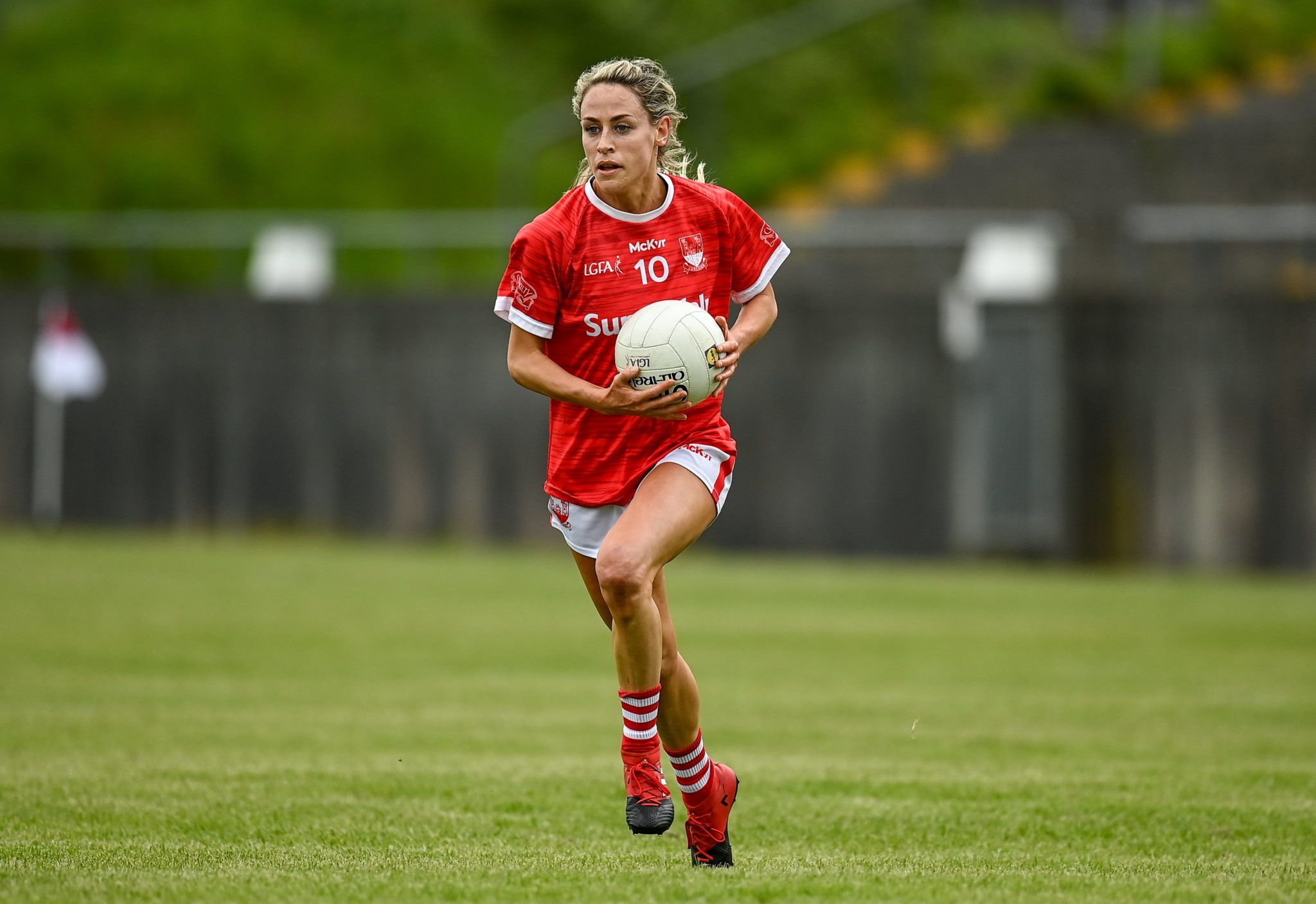 Orla Finn has spearheaded the Cork attack since 2016.

The good news for Cork football – and new manager Shane Ronayne – is that Finn’s determination hasn’t softened over the years. Even now, heading into her 12th season at the highest level and even though has won six All-Ireland senior titles and two All-Star awards, she feels she has a point to prove. The competition in the Cork panel is also driving her.

‘It does, of course. You never want to be dropped from the starting team. That’s what makes you go out, do that extra bit and work harder. If that was gone from me I wouldn't be playing with the county team this year,’ she explains.

‘I even think back to when I started, 12 years ago, and when the older players saw the younger players coming up, and I am in their shoes now.

‘I’m pushing on, I’ll be 30 in April, so it’s about putting that extra work in and enjoying the games, which is a big thing. I find that as I am getting older I am getting a bit more nervous about games so this year I’m going to try and relax and enjoy the year ahead.’

Finn has been the figurehead of the Cork attack since 2016. That’s the season she took off and showed the GAA world that this softly-spoken Kinsale woman was a gladiator on the pitch. All-Star awards in 2016 and 2019 recognised her talent. Season after season, she tops the scoring charts and leads by example from the front, but Finn is aware, too, that the next generation are keen to make their mark, just like she was when she came on the senior panel in 2011, just after her Leaving Cert exams.

In the recent Division 1 win against Waterford – Finn scored 0-7 as Cork won 1-14 to 0-14 to avoid a relegation play-off – the experienced forward was joined in the Cork attack by Abbie O’Mahony (20), Emma Cleary (21), Katie Quirke (20) and Rachel Leahy.

With the Mourneabbey contingent to come back into the reckoning after being rested during the league, and established figures like Áine Terry O’Sullivan, Libby Coppinger and Sadhbh O’Leary still central to the cause, the competition is fierce.

‘It keeps everyone on their toes. There is huge competition for places. I couldn’t name what I think would be the starting 15 for the championship because there are so many girls putting their hands up,’ Finn says.

‘The young girls are working really hard. Abbie had a fantastic game against Waterford and there are other young girls who have been on the panel for the last year or two who are pushing on now and showing that they are at a senior standard. All of these players will be pushing for starting places for the championship.’ 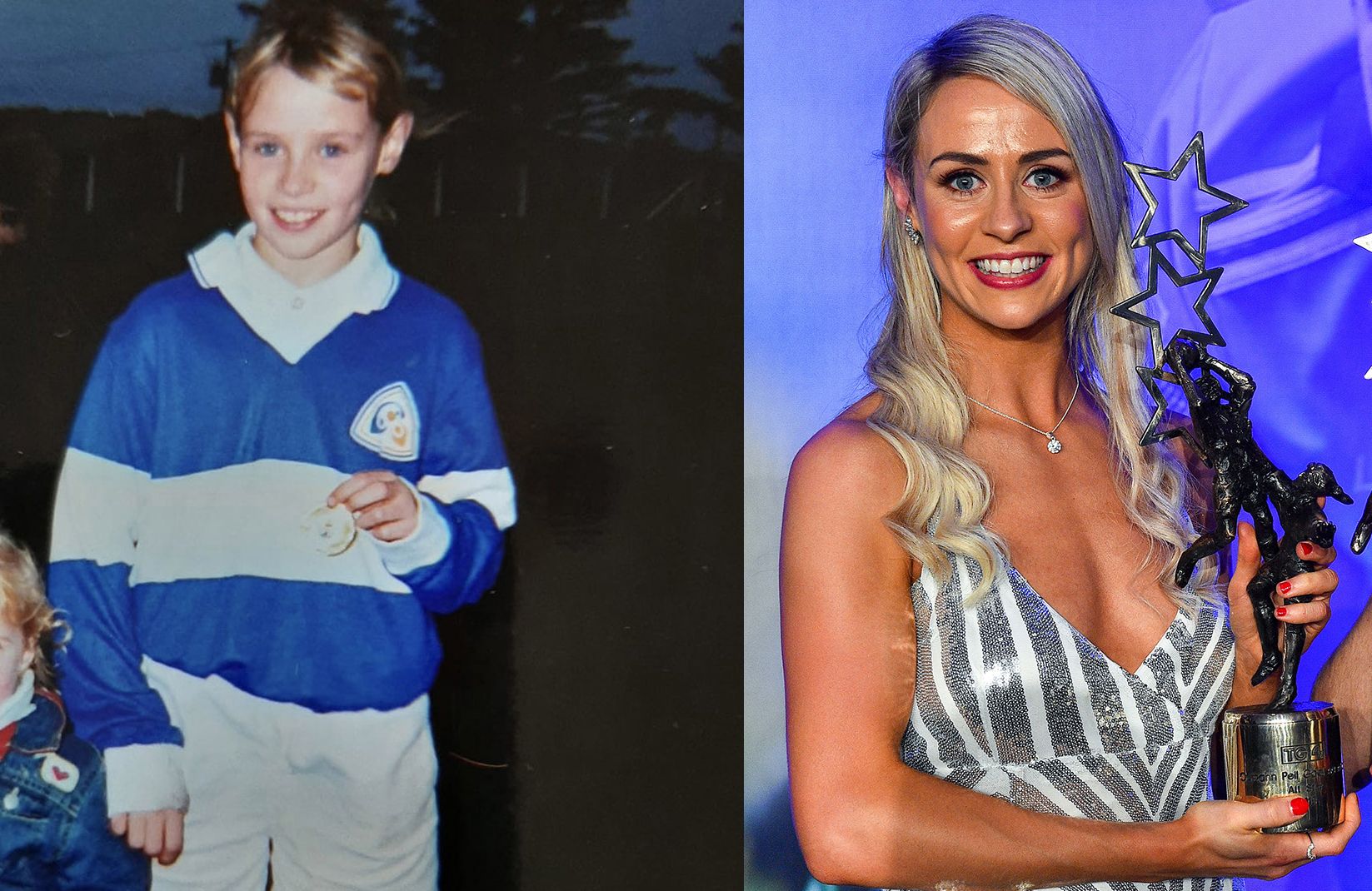 Orla Finn is the Kinsale footballer who blossomed into a two-time All-Star footballer.

Given her experience and achievements, Finn’s role within the squad has evolved over the years as well.

‘I remember when I was 19 years old coming up to the Cork seniors, I was petrified. I’ll never forget how good the older girls were to me, the encouragement and the support they gave me as a youngster new on the scene, so I try now to be as nice and encouraging as I can for the younger girls, and give them whatever advice I can,’ she says.

Finn has worked under previous Cork managers Eamonn Ryan and Ephie Fitzgerald so has amassed a wealth of knowledge. A lesson learned under Ryan came to mind after Cork’s dramatic All-Ireland semi-final loss to Meath in Croke Park last August. The Rebels had led by seven points after 55 minutes, but a collapse saw the Royals rally to eventually triumph 2-12 to 2-10. Sidelined with a calf injury Finn watched on from the stands that day.

‘I missed most of the championship last year, which was really hard. For the girls that were involved, it really hurt, but hopefully they can carry that hurt on into this year’s championship and just remember how it felt to lose,’ she says.

‘It was a surreal feeling looking on, even from the stands. Two minutes to go I was thinking to myself that hopefully my injury will clear up and I will be ready for the final. I was even thinking about the final, but then Meath came back. A big lesson from that is that it’s not over until the final whistle.

‘I remember when I was on the Cork panel first, the older girls used to sing a song, Don’t Give Up, and it was don’t give up until it’s over. That was a big thing for Eamonn Ryan, to not give up until the final whistle goes.’

Finn is in no mood to stop either and is determined to fire Cork to success this season. The Rebels, after losses to Meath and Dublin, avoided relegation from Division 1 of the national league and the focus now is on the Munster championship in early May, with Finn keen to make her mark, again.