BASED in Skibbereen, fledgling St Patrick’s Camogie Club is building for the future and hoping to harness the enthusiasm of local West Cork areas.

Setting up a GAA club, let alone a sports club, is an arduous but worthwhile task. Kilmacabea, Ilen Rovers, Tadhg MacCharthaigh and O’Donovan Rossa came together to form St Patrick’s hurling club back in 2013. Since then, additional players from Clann naGael and Castlehaven signed up and the club is thriving.

Building on that success, St Patrick’s camogie is now catering for over 70 girls and seeking similar success on and off the pitch.

‘Some of our youngest girls would have always trained with the St Patrick’s (boys) hurling club,’ St Patrick’s Camogie’s Mary Coakley told The Southern Star.

‘Girls from the Kilmacabea, Ilen Rovers, Tadhg MacCarthaigh, O’Donovan Rossa and Castlehaven areas were permitted to train alongside the boys up until the U12 age-grade.

‘It wasn’t until 2019 that enough people got together to form an official St Patrick’s camogie club. I started coaching the girls that year but was a complete novice and indebted to Alice O’Neill McCarthy who, thanks be to God, came along to help out. Ciarán O’Driscoll from Ilen Rovers also joined up with us soon after and the three of us have been coaching the girls ever since.’ 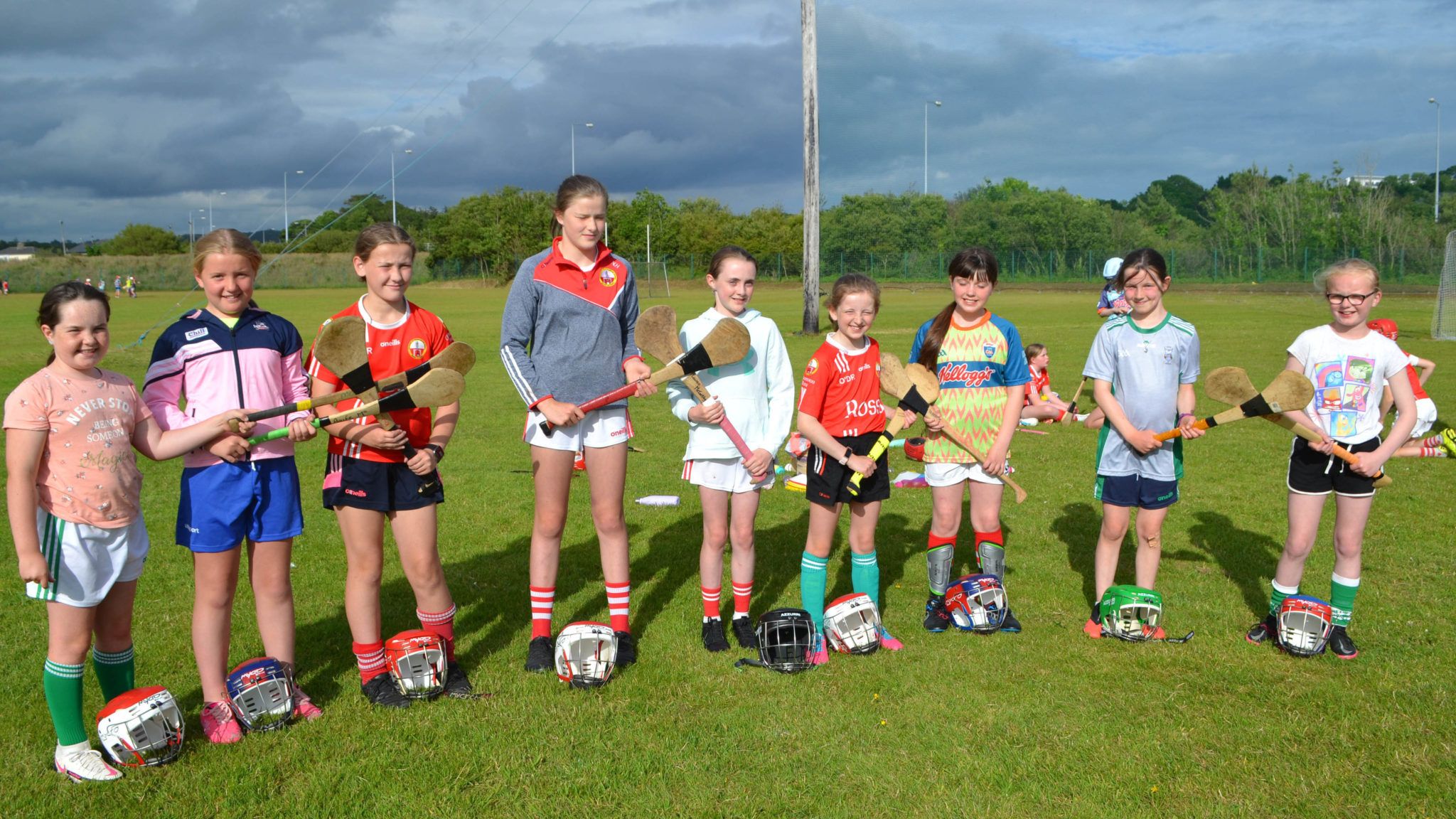 Members of the newly-formed St Patrick's Camogie Club at training in Skibbereen.

The amalgamated St Patrick’s hurling club proved a huge help to Mark Coakley and her fellow coaches in getting their new camogie venture off the ground.

‘Alice Foley, Con O’Hallahan, Tom Kelly and many other club members have helped us every step of the way. Camogie began training in 2019 with a mix of age-groups between seven and 11-years-old. We all trained together in the beginning as there would only have been about 20 girls involved.

‘There has been increased interest this year, definitely, so we went and formed a committee and formally created St Patrick’s camogie. Since May, we are part of the Carbery division set-up and now catering for over 70 players. Once we put the word out, interest quickly grew and numbers increased in a very short period of time.’

‘It is all go but everyone involved is enjoying the experience. We played a few challenge matches against Clonakilty recently and the players were delighted to be out on a pitch and representing the club.’

It is clear St Patrick’s are going to cater for growing numbers drawn from different townlands over the coming years. That’s hardly surprising when you consider camogie’s growing popularity. It is something Coakley hopes her fledgling club can build on. 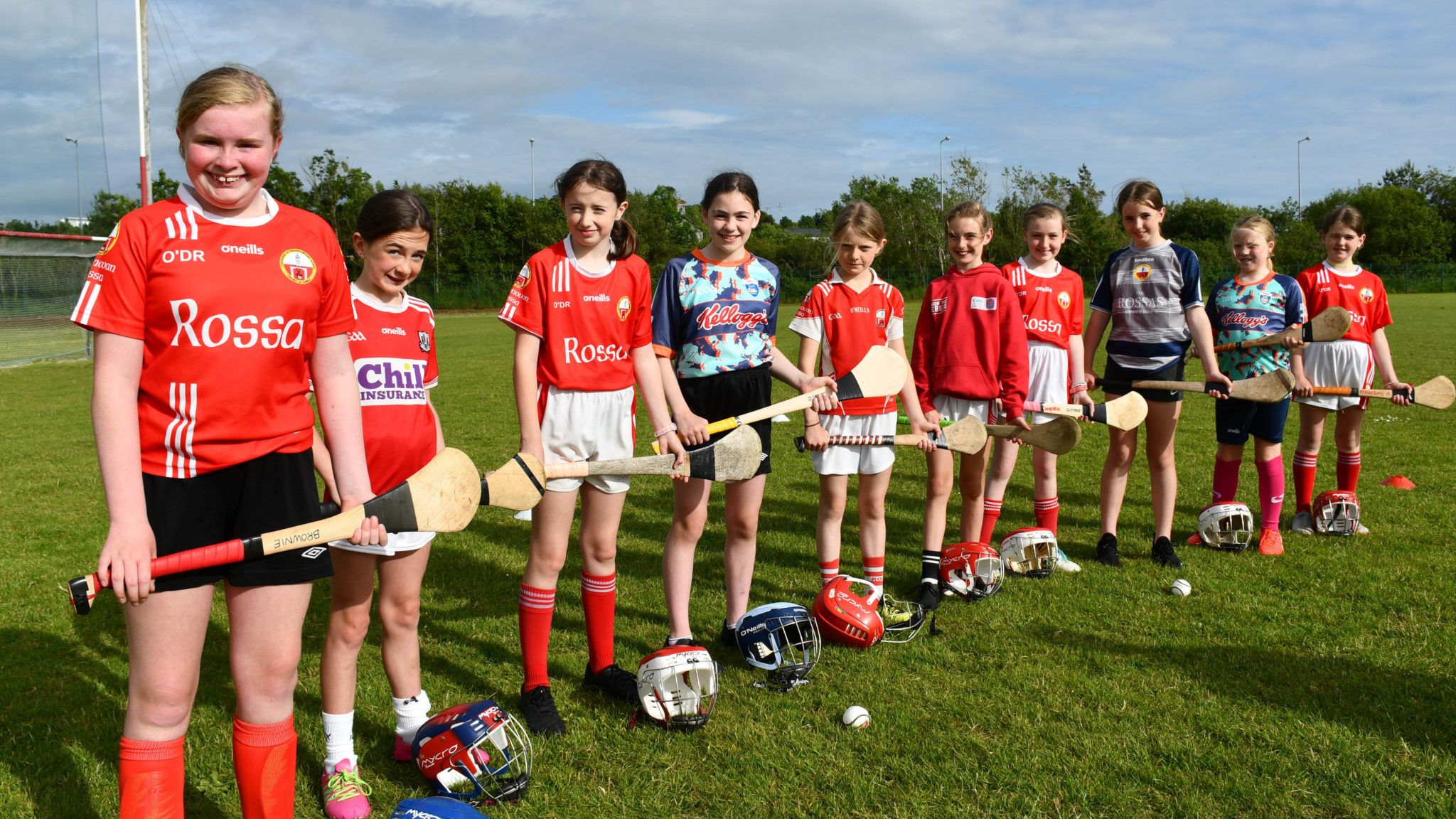 U11 panel members of St Patrick's Camogie Club at training in Skibbereen.

‘The hope is to continue training and grow the numbers of girls that want to come and play camogie,’ Coakley explained.

‘This year, we are unlikely to play any competitive matches but there is more than enough interest to keep training and be ready for whenever that time comes. Playing challenges, likes we did with Clonakilty recently, will help us get better organised and give us a better feel for what we have.

‘The most important thing right now is that all the kids who come to our training sessions have fun and enjoy the whole experience. All those games will come soon enough. After Covid and everything last year, we just want the girls to come out and play, have fun and enjoy an hour running around the pitch. That’s the way the coaches are approaching things at the moment. It is not all about the winning, at least for now anyway!’

‘We are only back out on a pitch together training since May so there is a lot of work to be done. We are hoping, at the start of next season, to hold a competition where the best drawing entered would be chosen as the camogie club’s first-ever club crest.

‘I have to say, once again, that St Patrick’s have been so fantastic to us and allowed us to use their jerseys as well until we have our own set. The support we have received from all the parents involved as well as the local schools has been fantastic. We have been able to borrow equipment like helmets for the kids trying out camogie for the first time from the local schools which has been a massive help.’