In part two of our series looking at handball in West Cork, TOM LYONS notes the high interest levels locally in the early 1900s but how the sport struggled for handball alleys

ALTHOUGH taken on as one of its five official sports, handball never received the attention it should have from the GAA.  It was left up to interested individuals to promote the game in different areas with contests being arranged on an ad-hoc basis.

Strangely, the GAA governing body in West Cork never assumed control of the game. In the early 1890s, the game was in serious decline in West Cork and we read of only one contest in 1890, with Skibbereen playing Clonakilty, each side winning at home.

But there were exceptions. In 1892 a handball club was set up in Schull with C. Ryan elected as chairman, William O’Brien as secretary and P. Attridge as treasurer. Jonas Wolfe, solicitor, Bantry, gave permission to use the yard behind his store on the pier as an alley. When Skibbereen visited the new club on a special excursion train in June, over a thousand spectators gathered to view the games.

Also at this time handball was played in Bandon, in a proper alley belonging to Mr Fullam in Shannon Street. Unfortunately, the following year we learn that Fullam’s alley ‘is blue-mouldy for want of a good “hitting”.’ Martin Butler was mentioned as being a top-class professional handballer in Bandon in former times.

Dunmanway was another exception to the decline in handball nationally as they had a top-class alley, spacious, with a cemented floor and good side walls. The proprietor, Mr D. Hennessy, had spent a good deal of money in maintaining the alley and many of the young men in the area played the game.

Skibbereen had a strong handball tradition in pre-GAA days and maintained the effort. Two of the top handballers in the district, Timmy McCarthy of Ilen Street (or Townshend Street) and Jeremiah Hurley of Cork Road, played a challenge with a great deal of money being bet on the outcome. A thriller resulted in victory for McCarthy, with the players being shouldered out of the alley.

The famous athlete, TJ O’Mahony, ‘The Rosscarbery Steam Engine,’ was doing his best to promote the game in his native Rosscarbery and two of the top players, Hubbert and Finn, beat the Connolly brothers of Drinagh by two games to one. O’Mahony had arranged for a special doubles tournament to be held, the valuable prize being sponsored by J. Walsh of Bandon, who had previously presented the West Cork Challenge Cup for football. 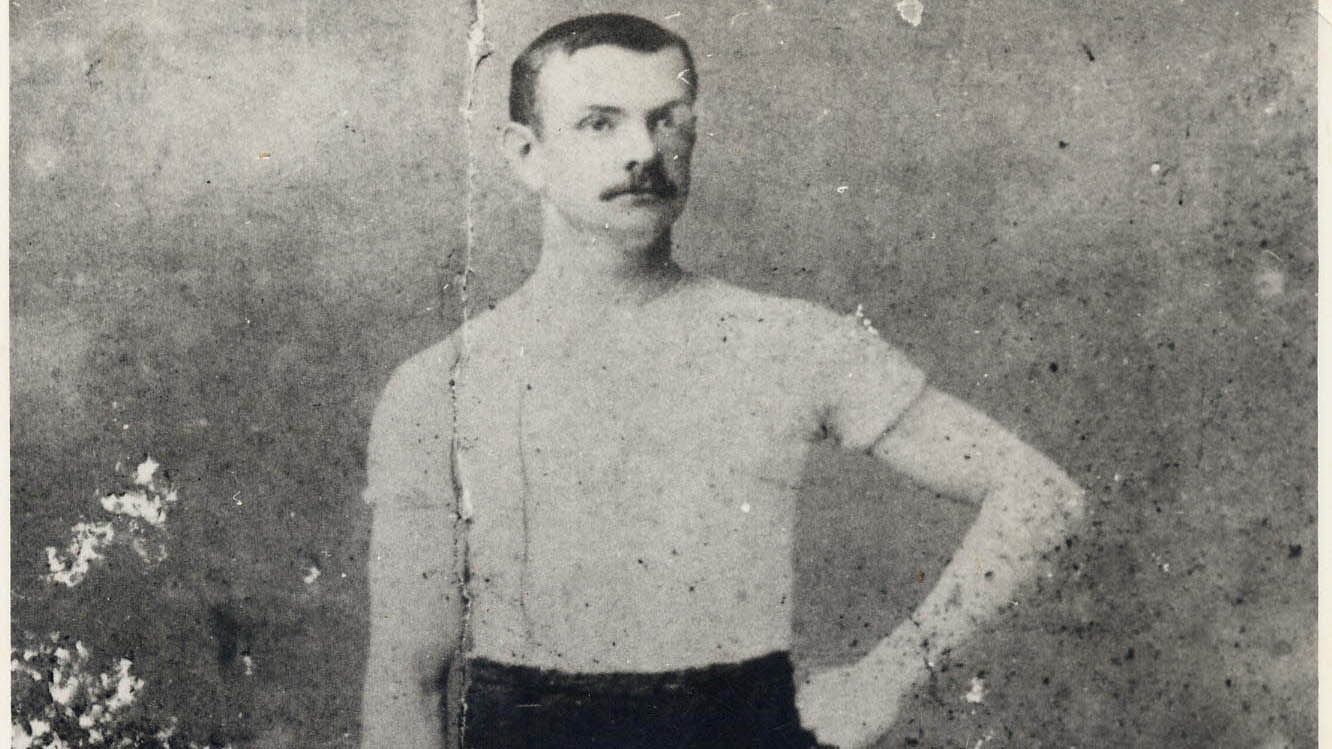 In 1898 a special tournament was held in Cork to discover the champion handballer of all Ireland but no West Cork player took part.  Tim Twohill of Kanturk won the tournament.

In a series of matches in Clonakilty in 1900 involving players from Clon, Skibbereen and Cork, Jeremiah Hurley of Skibbereen proved to be the outstanding player.

‘Hurley played a splendid game, and had to do most of the work, his younger brother not being a professional at the game,’ the report noted.

Little is heard of handball in West Cork in the first decade of the 20th  century but in 1905 we find Hennessy’s alley in Dunmanway in very poor condition and a meeting of the handball club was held to make arrangements for repairs. Strangely, the names of those in charge seem to be the upper class in the town – C. G. Doran; H. Popham, J.P.; J.E. Wheeler; J.E. Atkins, Brookpark; T.K. Bryan; T.K. Bryan; J.H. Powell, solr; F. Fitzmaurice, solr.; T.H.W. Dale, D.I.; M.J. Ryan. Hennessy, the proprietor, offered a gold cup, worth £15 for competition and subscriptions were pouring in for the repairs.

At the same time in Skibbereen, representations were being made to the new urban council to build a new alley in the town. In 1910 efforts were being made in Skibbereen to revive the game, with Dr P.F. Walsh as chairman of the committee. Matches were arranged for Ilen Street. Unfortunately, the lack of proper alleys, with side walls, was the main drawback to promoting the game and most games were played against the gales of buildings.

The urban council in Clonakilty was also under pressure to build an alley, with a site at the old Bridewell being suggested. It could have been a good source of income for the council, but it never came to fruition.

By 1912 handball seemed to have almost disappeared in West Cork but we do come across a handball novelty when the game was played at night under electric light for the first time. The alley was the property of Paul Donovan in Bridge Street, Dunmanway, who had renovated the alley. The floodlit handball proved very popular, especially for the winter months.

Donovan’s alley staged a unique match when the famed veteran Jim Fortune of Glandore took on Con Flynn of West Green, Dunmanway. Flynn was 12 years younger than Fortune  and was used to the local alley, whereas Fortune had never played in a court with side walls. Unfortunately, the rain lashed down as Flynn won by three games to one, with five more games scheduled for Glandore. Fortune got a great send-off from the locals at the end of his long day.

Although dying in many traditional areas, handball in Beara was enjoying a rebirth. Apparently, the game had been popular in the area in olden times but had died out. What was unusual was that many of the best players were ciotógs, left-handed. The new young players were reported to be as fast and more scientific than their predecessors.

For the first time we read of handball being played in Drimoleague and Bantry in 1915, when there seems to have been a revival nationally. In Drimoleague the alley was in a very central position and was well used, the game being described as ‘innocent and interesting.’

Bantry, which was to become one of the few strongholds of the game in West Cork in later years, was also on the  lookout for a new alley because practice against a sidewall, it was stated, would never produce championship players. A bare patch of ground near the school was suggested.

In 1916 we find the Gaels in Dunmanway lamenting that  if the Great War had not taken so many of its young men, the town would possess some of the best handballers in the country. At the same time, the game was thriving in Castletownshend, where a big tournament was run off during the summer, involving players from Castletownshend, Leap, Union Hall, Glandore and Skibbereen. The final rested between Jim Mahony/Sonny McCarthy of Castletownshend and P. Keenan/P. Crowley of Glandore. Unfortunately, we couldn’t unearth the result of that final but a lot of handball contests were played between all those players and also players from Dunmanway. Rosscarbery, represented by George and Paul Wycherley, beat Pat Connolly and Michael Keenan of Glandore in a big match in Leap.

Nothing more is heard of the handball scene in West Cork between 1917 and 1921 as other important matters took precedence for the young men of the region but as soon as the new Irish Free State was set up in 1922 we find a revival of the game, with clubs being set up in Skibbereen, Bantry, Dunmanway and Bandon, the old traditional handball areas, with tournaments being run off. However, these clubs were independent of the GAA.

So popular was the game becoming in Bandon that three alleys were in full action and a single club was proposed to challenge clubs from Dunmanway, Skibbereen, Bantry and Macroom, a hotbed of handball all down the years.

In 1924 handball came under the direct jurisdiction of the GAA for the first time but only one club, Bandon, from West Cork attended the Cork handball convention. John Curtin, John O’Regan, Cornelius Collins and Joseph O’Brien were the Bandon representatives. That year also we find a team of handballers emerging from Darrara College for the first time and among the members who played Leap in Leap were J.J. Hassett, the renowned Cork hurler, and Frank Doran, father figure of Gaelic games in the college.