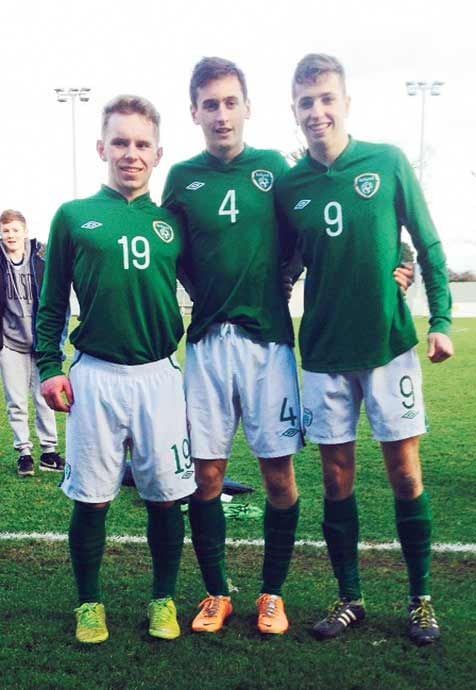 TWO former West Cork Schoolboys’ League products played their part as the Republic of Ireland U18 boys’ schools’ team won the Centenary Shield for the first time in five years.

Connor Ellis, Coláiste Pobail Bhenntraí, and Mark Buckley, MICC Dunmanway, were both involved in the Ireland team that topped their group with wins against Northern Ireland (3 – 2), Wales (2 – 1) and England (1 – 0) before finishing the campaign with a 1 – 1 draw against Scotland last Thursday night – a match where Ellis was on target with a first-half lead goal when he lobbed the Scottish goalkeeper.

His Cork City U19 teammate, Mark Buckley, Dunmanway, also played a prominent role in this fantastic Irish campaign, starting the victory against England and coming on as a sub in the other three games, as Ireland topped the table. Buckley is eligible for this grade again next season.

After the draw against Scotland, the Dunmanway teenager tweeted: ‘Drew 1-1 with Scotland, great to finish the Centenary Shield, unbeaten and as champions’, while Ellis tweeted ‘drew 1-1, delighted to score another goal for my country and to finish tournament unbeaten! Centenary Shield champions.’