AFTER a break of one year, the South Munster Schools’ Cross-Country returned with a large turnout at the Cork Athletics venue at Slieveroe near Riverstick. In dry but windy conditions, eight races in all took place with over 700 young athletes competing.

In one of closest finishes of the day, Sean Lawton of Coláiste Pobail Bheanntraí defeated Eoghan O’Connor (Rochestown College) in the intermediate race by a second over the 4,000m distance. Lawton’s time was 12:26 with just five seconds covering the first four across the line. 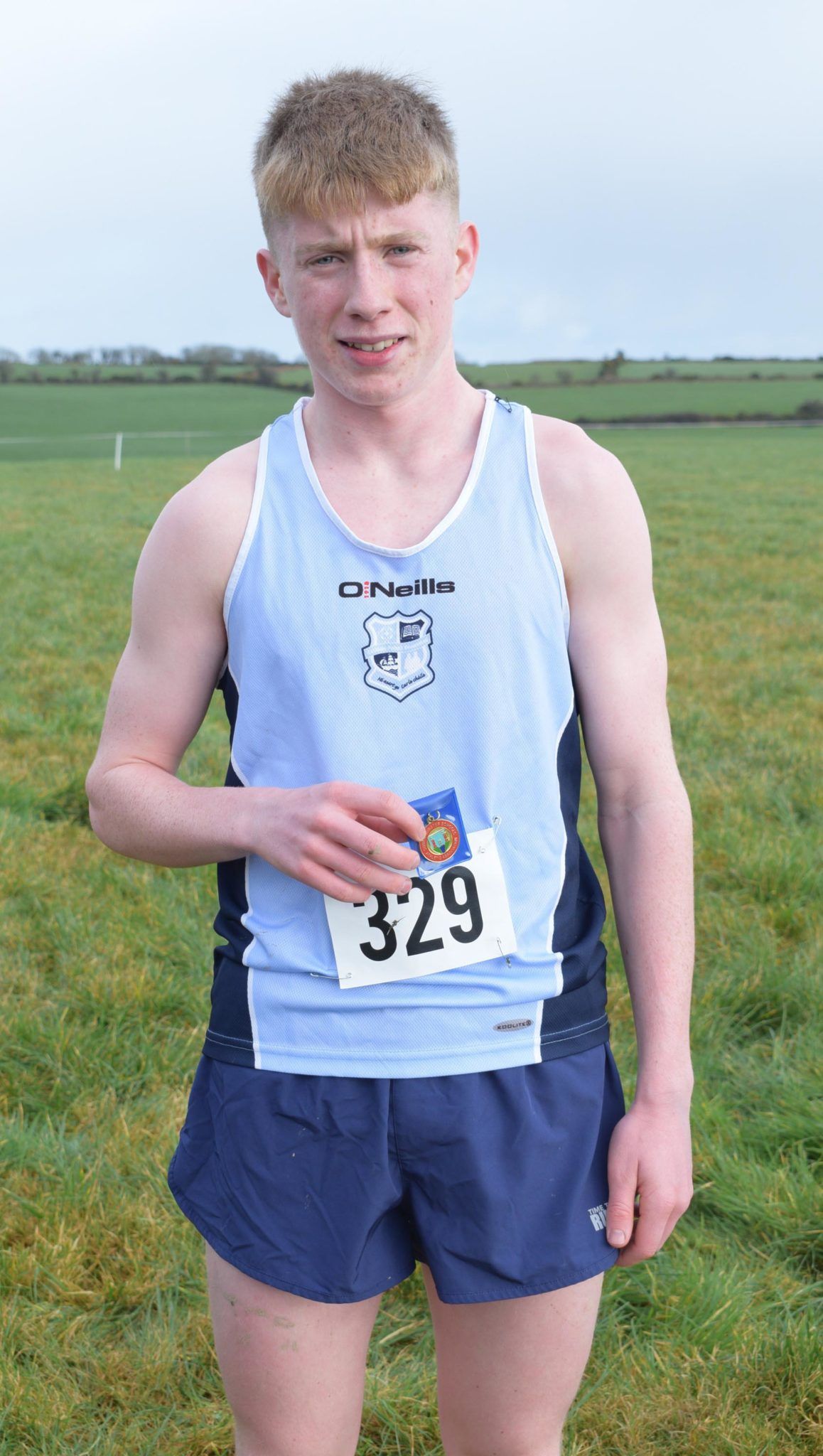 Sean Lawton, Coláiste Pobail Bheanntraí, was the winner of the boys' intermediate race at the South Munster Schools.

The intermediate girls’ race saw a clear victory for Claire Crowley of Kinsale Community College who opened up a big lead on the first lap of the 3,000m to come home with 22 seconds to spare over Nicole Dinan (St Angela’s, Cork) with Caoimhe Flannery from Skibbereen Community School taking the bronze medal.

The final event on the programme, the senior boys’ race over 5000m, developed into a three-way battle with Mathew Lee from Carrigaline Community School coming out on top, his time of 15:52 giving him nine seconds in hand over Ciarán McNamee (St Colman’s, Midleton) with Fearghal Desmond (CBC, Cork) finishing third.

The top 15 individuals and first four teams qualified for the Munster Schools’ Championships which take place on Friday, February 18th, again at the same Riverstick venue.