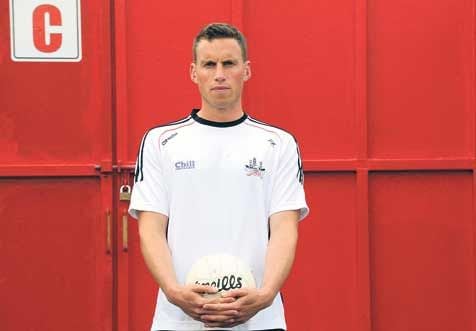 PADDY Kelly accepts that Cork were the better team overall in the drawn Munster final, but he says they will need to produce an even stronger performance if they are to come out on top in the replay this Saturday.

‘It was a pity we didn’t finish Kerry off the last day, and we must go down to Killarney to prove it to ourselves more than anything else we can again deliver a good performance against one of the top teams,’ Kelly said.

‘It’s all very fine doing it once, but the good teams do it time and time again, and that’s the big challenge for us on Saturday night.

‘We are eagerly looking forward to it, but we know it’s going to take a bigger effort if we are to come out on top, because Kerry will be a different animal in the replay.

‘They were probably tame last Sunday week in comparison to what they will be like this time, and I’m sure they will be strong favourites again.

‘We know they are capable of massive improvement, and we’ll have to be ready for that, although we can’t worry too much about what they will produce or what sort of changes they will make.

‘What we can control is getting our bodies right and getting mentally tuned into the game from the start like we did the last day,’ says Kelly, who understands why Cork were ranked as complete outsiders ahead of the drawn match.

‘I suppose when you perform as poorly as we did in the Munster final last year and in the league final against the Dubs this season, you expect to get a lot of criticism.

‘But we were confident we had the ability to bounce back from the league final defeat, and the drawn match against Kerry was a start for us in terms of showing we are a serious team.’

Having made a typically polished contribution as a play-making centre forward on being introduced before half time the last day, Kelly’s claims for inclusion in the first 15 for the replay can’t be easily ignored, but he says he has no problem in settling for a place on the bench again.

‘Obviously, I’d prefer to start, but you are always hoping to see some game-time when you are as a sub, and I was lucky to get called up so early in the drawn match after Paul (Kerrigan) got a black card,’ the Ballincollig ace said.

‘That’s the way it can go for you, sometimes you get on because another fella gets injured or gets a black card, and you just have to be ready.

‘We have a very strong panel, and certainly most of the younger players on the team came up with a positive performance in the drawn match, which can only bode well for Saturday.

‘In reality, however, we are back to square one, and just because we played well the last day doesn’t mean things will go as smoothly for us the next day.’

Still, Kelly contends that Cork have been fairly consistent throughout the season so far.

‘I didn’t play much in the league due to injury, but I thought the lads put in a very good performance in the semi-final against Donegal, and if we had lost that game narrowly, we’d have been reasonably optimistic going into the championship,’ he said.

‘The heavy loss to the Dubs in the final obviously left people doubting the team, but the display against Kerry two weeks ago has done much to dispel the negativity surrounding our prospects.

‘The replay affords us a massive opportunity to confirm we are moving in the right direction, and we will be doing everything we can to make the most of it.’