IT was a West Cork Sports Star monthly award presentation like none that have gone before in the 25 years of these awards.

The first presentation since the passing of Paudie Palmer, it took on a very different format: a small, intimate gathering where tales and stories of Paudie were shared.

There is a family connection between John and Paudie. John’s father is Owen, and his brother is married to a sister of Paudie’s wife, Colette. It meant John and Paudie’s paths often crossed, and Paudie was a great supporter of John in his rise through the golfing world. 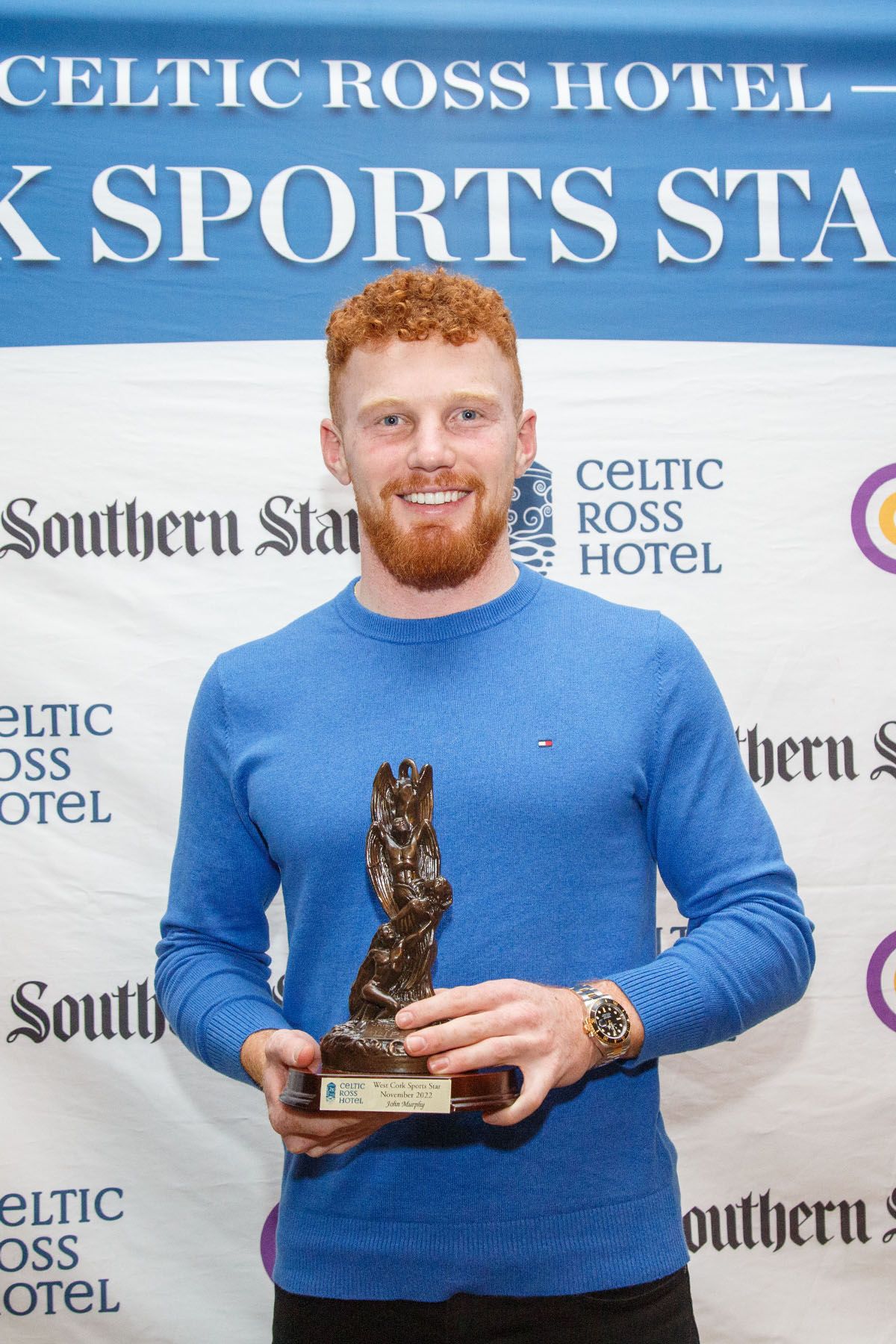 Nine people sat around a table at the Celtic Ross Hotel on Monday night, and while John’s success was lauded – he was receiving the award for earning his place on the 2023 DP World Tour, a huge breakthrough for him – Paudie was in everyone’s thoughts.

He was involved in the West Cork Sports Star Awards from the start, loved the social aspect of the monthly get-togethers and was incredibly passionate about supporting local sports people on their journeys.

‘I was always very proud growing up, when I heard him on the radio, to say Paudie was a relative of mine,’ John said.

‘It’s been a tough couple of weeks for everyone who knows Paudie so to be the first recipient of this award since his passing, considering everything he has done for these awards, is a true honour.

‘It will be different not having him at these awards from now on but I’m sure his legacy will live on. Paudie was a very distinct character that no one will forget in a hurry.’

John has an exciting year in front of him as he looks to make an impact on the DP World Tour. He won his tour card in style at qualifying school in November, posting a superb six under par final round to finish inside the top 25.