The Valley Rovers team that was crowned 2020 South East JAFC champions in Kinsale on Tuesday.

VALLEY Rovers claimed the Huntsman Bar and Restaurant South East Junior A Football Championship trophy for the first time since 2017 following a 1-14 to 1-4 over 2019 beaten finalists Ballymartle in a foggy Jack Barrett Park in Kinsale on Tuesday evening.

This was a much-delayed 2020 final, with the Innishannon team now representing the division in the county JAFC quarter-final against Boherbue this coming weekend.

It took until the sixth minute for either team to register their first score with Valleys sending over two quick points from Adam Kenneally and Cian Crowley in as many minutes before Ballymartle registered their first in the tenth minute with a free from Jack Ryan.

Valleys held onto the lead throughout the match as they were rarely troubled by Ballymartle who found it difficult to get into the game and have now lost two South East JAFC finals in a row.

Two points each from Valleys’ Hughie O’Donovan and Gary Deane with additional scores from Kenneally and Aaron O’Leary and a goal from Cian Crowley in the 27th minute, when he punched the ball into the net from close range, gave Valleys a comfortable lead of ten points Another score from Pa Hurley right on the 30th minute gave Valley a 1-9 to 0-2 lead at the break.

The comeback from Ballymartle never materialised, and although both teams scored the same in the second half, the ten-point cushion was just too much for the Riverstick side to bridge. 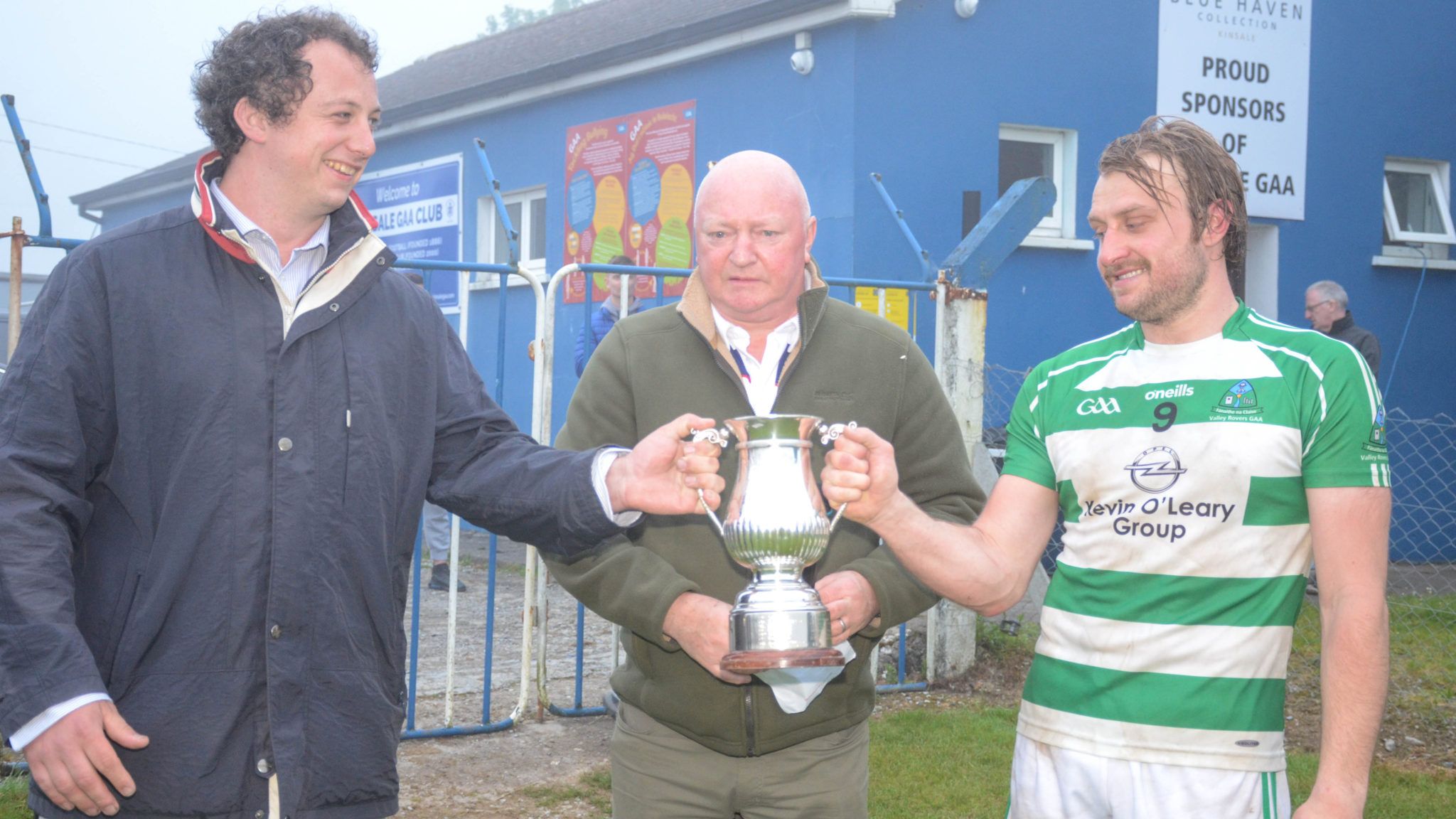 Ballymartle hit a purple patch in the space of seven minutes, adding 1-2 to their score. Brian Corry and Killian McCarthy points and a goal from Shane Cummins from a goalmouth scramble in the 44th minute gave some hope for the Riverstick based side as they came within seven points of Valleys . However, that was as good as it got for them as they failed to score for the remainder of the game.

Valley Rovers held Ballymartle at bay and were by far the stronger and more composed team, and ran out comfortable winners to claim their 16th South East JAFC title.

Ciaran Keogh of the Huntsman Bar and Restaurant in Belgooly, sponsors, presented the trophy to Valley Rovers captain, Gary Farrell, who was also awarded with the Fitzgerald and Partners Accountants Kinsale Man of the Match Award from Killian and Paddy Fitzgerald.