It turned into a stroll in the Páirc for a Cork team that dominated proceedings from first minute to last.

Leading by 20 points at half time, Cork comfortably saw out the second period, outscoring their opponents 0-9 to 0-3, whilst playing in second gear with one eye on an upcoming clash with Kilkenny.

That encounter should be a cracker between two teams that served up the game of the year in their 2021 All-Ireland semi-final.

As for last weekend’s league clash, questions have to be asked about the validity of playing a team like Limerick in the top division. The visitors gained little if anything from the experience of losing a match they never looked winning, let alone competing in, by 26 points.

‘We are very happy with the first half and went in with 5-8 on the scoreboard; that was very impressive,’ Cork manager Matthew Twomey told The Southern Star.

‘Second half, we used six or seven subs, a lot of them were debuts too. That’s important too to keep players ticking away and trying to get on to the (starting) team.

‘We could possibly have done with a tougher challenge heading into the Kilkenny game. Limerick were down about six players though and possibly a bit weaker. Cork can only play what is in front of them, so overall, you’d have to be happy with that performance.’

The hosts got off to the perfect start with newcomer Sorcha McCartan splitting the posts courtesy of a beautiful effort inside the opening minute. Cliona Healy added two points, one from a free, before Cork’s forwards demonstrated their undoubted quality with a superbly crafted Amy O’Connor goal after five minutes. 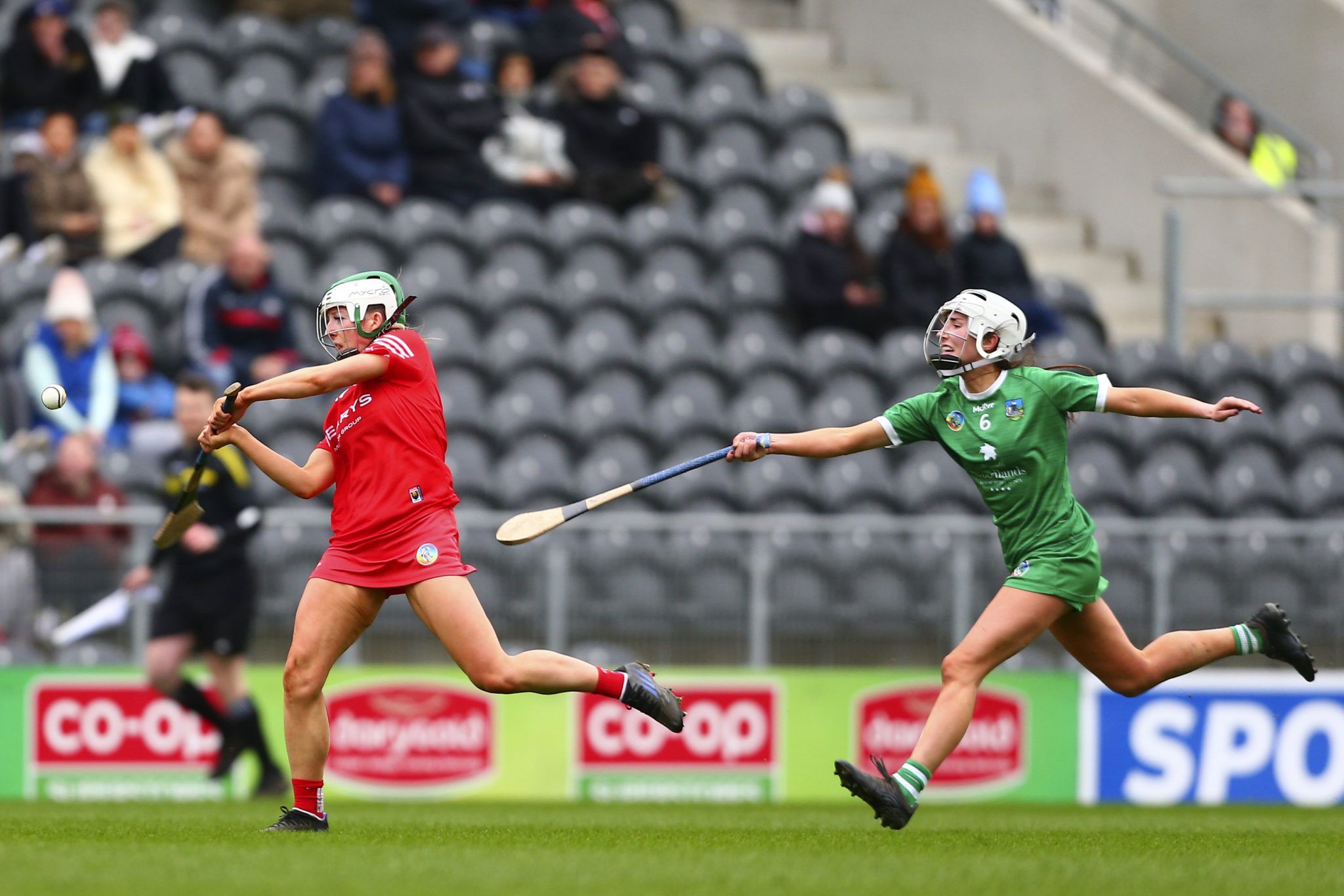 Limerick struggled to contain their opponents although Michelle Curtin found room to get her side on the scoreboard. That was about as good as it got for the visitors, as Cork moved up through the gears and increased their lead. A magnificent Sorcha McCartan goal made it 2-3 to 0-1 before a rampant Cork added four more points via Aishling Thompson, Amy O’Connor and the excellent Healy (two).

Caoimhe Lyons reduced the deficit with Limerick’s second score but Cork heaped further misery on the Shannonsiders with another Thompson point preceding Amy O’Connor’s second goal. Izzy O’Regan found the net shortly after and then Cliona Healy raised Cork’s fifth green flag just before the break. Michelle Curtin notched Limerick’s third point to end a completely one-sided first half with Cork 5-8 to 0-3 ahead. The points safely in the bag, Cork saw out a pedestrian second half – highlighted by Chloe Sigerson coming off the bench to score 0-3 – before running out comfortable 5-17 to 0-6 winners.

Kilkenny will provide a proper test of where Matthew Twomey’s side are on March 12th in Cork (venue to be decided). The Cork manager was happy with the movement and scoring of his full-forward line. Amy O’Connor, Sorcha McCartan and Kate Wall were superb, as was half-forward Cliona Healy (1-8) who is enjoying a stellar individual campaign.

‘As for our forwards, we scored five goals and probably left another two or three after us. On our day, we can do that to other teams. We just have to make sure we can do it consistently.

‘Our two midfielders as well, Aishling (Thompson) and Katie (O’Mahoney) were excellent as well. Katie is a ferocious tackler for the size of her and Aishling going forward, is coming into her own.’ 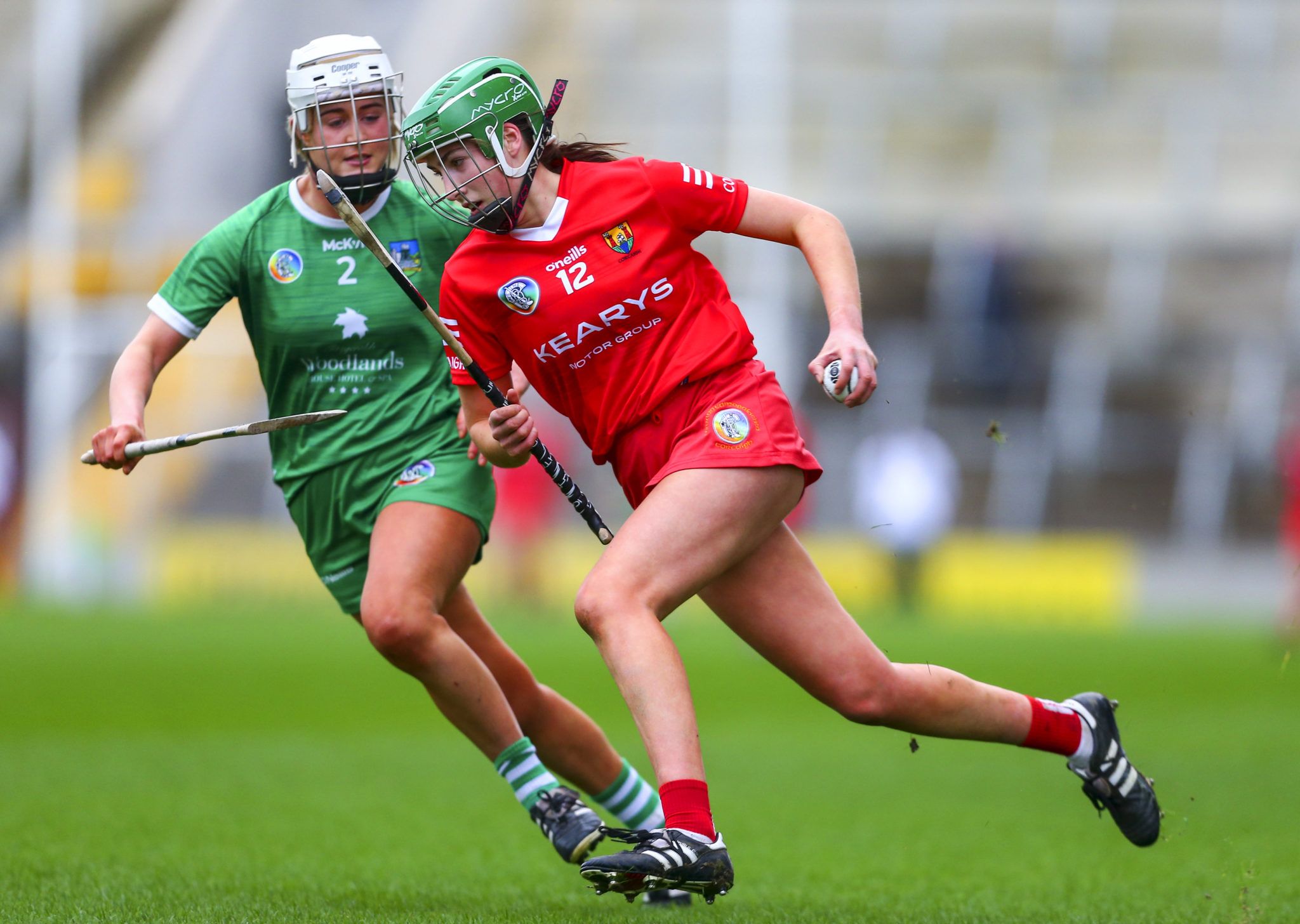 ‘There are one or two knocks but nothing major, thankfully, in terms of injuries. There is a fierce buzz in the squad right now and how long that lasts is up to us, as management.

‘Everyone is looking forward to the Kilkenny game now especially that it is here in Cork. It is a case of just driving on now after today’s win over Limerick.’