The Skibbereen combination of O’Donovan and McCarthy looks almost unbeatable right now and they powered to their third gold medal in their last three regattas at World Rowing Cup II in Lucerne recently.

Two months out from the Tokyo Olympics, the Skibb partnership laid down a marker with victory on the ‘lake of the gods’ in Lucerne – and former Irish rower Paul Griffin says they are the ones to catch.

‘They are the crew to beat and they will know that themselves, but that’s okay,’ the Killarney man told The Southern Star.

‘There’s going to be pressure. It’s an Olympic year. But they know where they are at and where they want to go, and they know what they need to do to get there.

‘The way to get through the next eight weeks ahead of the Olympics is to keep improving, thinking about how to make the boat go better and faster, and how they can tweak things – that’s the process to take them there. It’s about small steps every day.’

The Kerryman, highly regarded in rowing circles, knows what’s needed to compete at the highest level – and he has been impressed by what O’Donovan and McCarthy have achieved so far.

They are current World and European champions, and last Sunday they blew the opposition away to win the A final at World Cup II by open water. Dominant. Powerful. Magnificent. Encouraging. The signs point to, potentially, a memorable Olympics if they keep up this pace.

‘They have been dominant,’ Griffin agrees.

‘It’s hard to see on TV but it seems to me that they are in total control. Whether it’s by design or its tactics, they are in the pack before they move away from everyone else in the third 500 – it shows a real maturity.

‘You’d expect that from the point of view that Paul is very experienced and Fintan is getting better all the time. They are getting more comfortable racing together. They will have high expectations of themselves as well. It’s an Olympic year. To me, it just looks like they are really on top of their game. They can control the race and they can control where they are at.’

In last Sunday’s A final, the Irish double was slow to start but once they hit their stride, they picked off their opponents one by one, glided to the front and stayed there. It looked powerful and effortless.

By the end there was open water between them (6:15.48)and the Norwegian crew of Kristoffer Brun and Are Strandli in second place (6:18.27) and Germany in third.

‘I thought Paul and Fintan were a class apart, to be honest,’ Griffin says.

‘It looked like they could turn on the power when they wanted to turn it on, then they moved away and that was it. There was a certainty about it.

‘It’s possibly good for them that there is a certain inevitability about it, that their opposition might feel that they can’t beat them now.

‘Norway might feel they are the only ones who could take them on, and Paul mentioned them after the race.

‘I loved racing there, around the 1000-metre mark you pass the boating area where you launch and all the coaches and athletes are there, so you get a sense you are almost near the finish even though you are just gone through halfway. You tend to go hard there and the course seems to go a lot faster than other courses; if you respond to that you can open up a good lead with a few hundred metres to go.’ 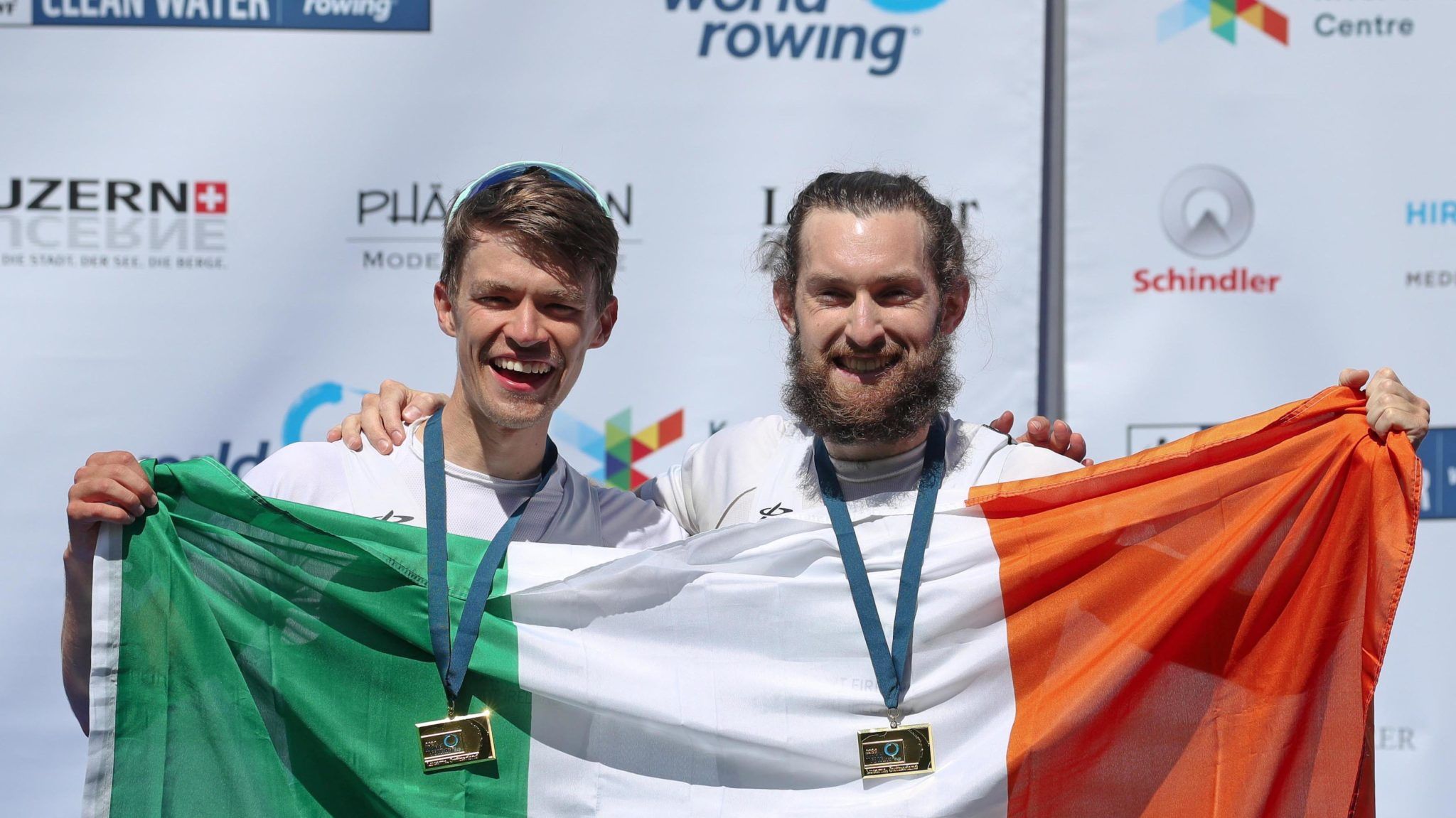 For O’Donovan and McCarthy, there’s now an expectancy as the Olympics appear on the horizon. They are the dominant duo in the lightweight men’s double and all eyes will be on them going to Tokyo. It’s worth noting though that this combination has the potential to get even better.

McCarthy told the Star ahead of the Europeans that they ‘are making this boat better every day’ and Griffin noticed an improvement from the Europeans in Varese last month to World Cup II in Lucerne.

‘A double is a technical boat so they need time together to get used to each other, to gel, and to move the boat faster,’ Griffin explains.

‘You could see the improvement from the Europeans to Lucerne and they will make another gain again in the weeks ahead.

‘At the Europeans they would probably say themselves that it was early-season form and it had that look to it, but they ironed out a lot of things for Lucerne. They have a good run-in now and they’ll work on other stuff.

‘There is only one thing that matters to them this year: the Olympic final. That’s it. They have two months to go and it’s how they manage that now.’

As of now, the signs look positive for the all-conquering Aughadown pairing who are ticking each box before the big one in July.