The Clonakilty team that defeated Kinsale to reach this Sunday's Cork LGFA senior B county final against Fermoy at 2pm in MTU.

MTU plays host to an intriguing triple-header of county deciders on Saturday.

O’Donovan Rossa take on Naomh Abán in the junior A county final curtain-raiser at 12pm. That is followed by the 2022 Cork LGFA intermediate county final between Castlehaven and Glanmire at 2pm.

The third match of a cracking trilogy involves Mourneabbey and Éire Óg facing off in the senior A county final for the second year in a row at 4pm.

As if that wasn’t enough, the following afternoon, Clonakilty will bring the curtain down on their season by taking on Fermoy in the senior B county final with a 2pm throw-in at MTU.

Beforehand, Valley Rovers will attempt to avoid relegation from the top tier in a play-off against Inch Rovers at the same MTU venue (12pm throw-in).

Mourneabbey will defend their Cork LGFA senior A crown against the club they defeated in last year’s final, Éire Óg, having come through a tough examination from Aghada last Sunday.

The reigning Cork and Munster champions recorded a 1-15 to 2-6 semi-final victory thanks to 1-3 from Laura Fitzgerald plus Doireann O’Sullivan (0-8), Ciara O’Sullivan and Ellie Jack (0-2 each) scores. Aghada gave a fine account of themselves with Rachel Leahy, Bríanna Smith, Hannah Looney and Katie O’Farrell impressing on a day Amy O’Connor (penalty) and Roisín Phelan found the net.

Fermoy will take on the Brewery Town in this year’s senior B final following a 4-10 to 0-5 quarter-final defeat of Inch Rovers and last Sunday’s 2-12 to 0-15 win over St Val’s. Played in Cloughduv, Abbie Scannell and Aisling Daly’s goals proved crucial in an evenly-fought encounter with Val’s. Caitlin Duffy, Aoife O’Sullivan and Michelle Parker were also on the winners’ scoresheet.

All roads lead to MTU for Castlehaven and their supporters on Saturday, as the West Cork club looks to add an intermediate title to numerous junior county successes

Dinny Cahalane’s side has been in terrific form this year, seeing off Araglen Desmonds Buí, Abhainn Dalla, Donoughmore and Rosscarbery to reach the decider.

Naomh Abán will be the Skibbereen club’s opponents having finished joint-top of the JAFC championship table with Rossa’s on nine points apiece. 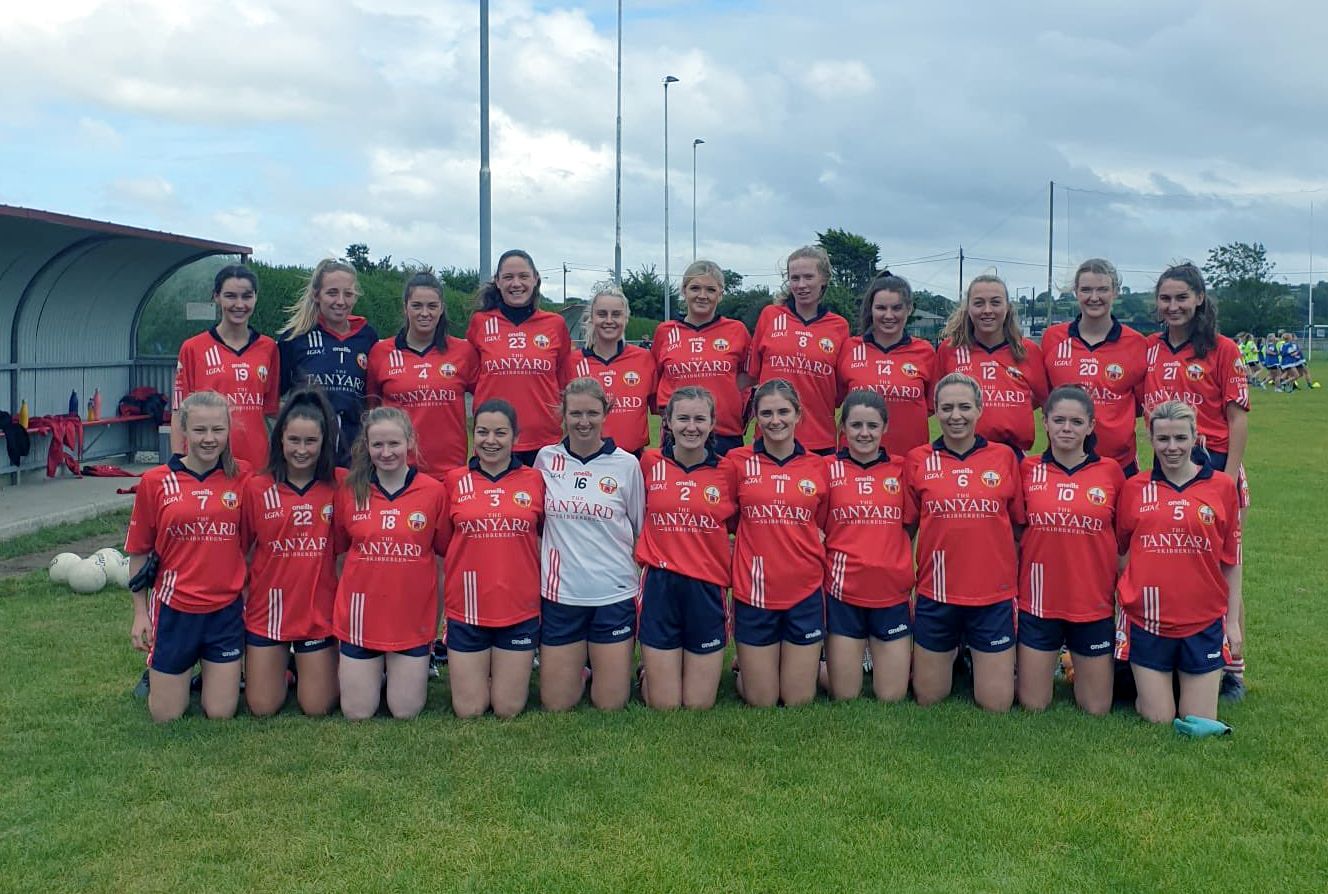 The O'Donovan Rossa team that defeated Beara to qualify for this Saturday's Cork LGFA junior A county final against Naomh Abán at 12pm in MTU.

Dohenys’ hopes of squeezing into the junior A county final ended following a 1-8 to 2-5 draw with Douglas. Noelle O’Mahony (1-3), Ruth Collins (1-0) and Katelyn Sheehan (0-2) provided the Dunmanway club’s scores in a game Douglas earned a draw with a last-minute free. 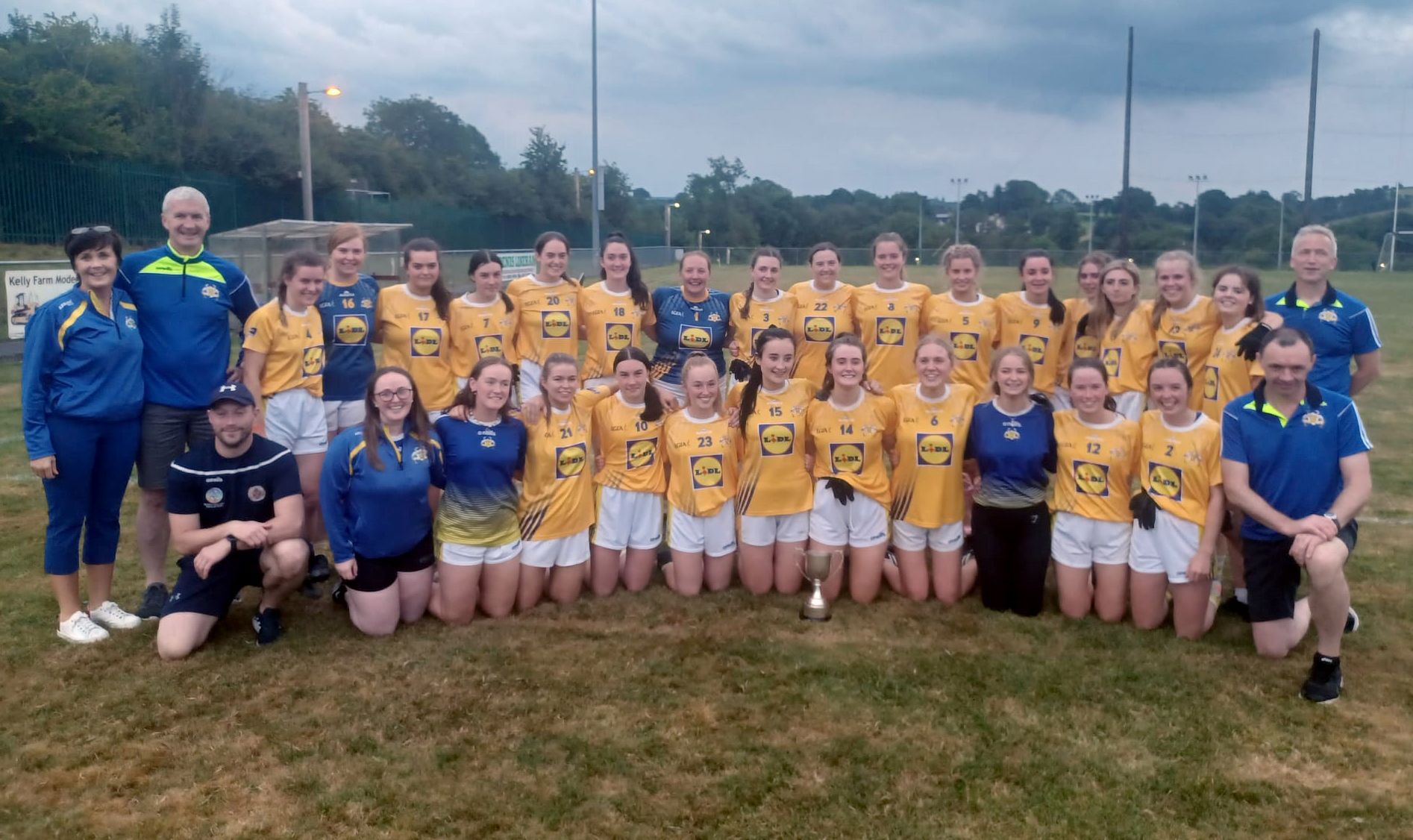 The Bandon team that qualified for the Cork LGFA junior E county semi-finals thanks to a 7-11 to 1-6 win over Clann na nGael last weekend.

West Cork LGFA club Kinsale lost a cracking U14 A county semi-final to Inch Rovers, 4-10 to 4-9 last weekend. Despite being ten points down at one juncture, Kinsale staged a stunning comeback but lost out by a single score. Emma McSweeney (2-4), Emma Jones (0-4), Lily Collins, Clodagh O’Kelly (1-0 each) and Lauren Balaur (0-1) were on target for a Kinsale side Kara Dillon, Ava O’Sullivan and Emma McSweeney also impressed.

Tadgh MacCárthaigh’s hopes of reaching a U14C county final were dashed by Bishopstown in Aughaville. The maroon and white ran out 4-6 to 0-7 winners in a game Ria Buckley, Rebecca Deasy, Laura Kingston and Ella O’Sullivan scored for a battling Caheragh.