Gavin Coombes has emerged into one of the leaders in the Munster set-up.

**********
THE hopes of Munster’s present and future have the West Cork Mafia running through them. Know the names. Coombes. Wycherley. Hodnett. Crowley. Whatever Munster does this season and in the next few seasons, those names will play a key role.

It wasn’t so long ago that having any player at all in the Munster squad from West Cork was notable, never mind having multiple players in a squad that will play Champions Cup rugby but that’s exactly how far this region has come.

It all started with Darren Sweetnam in the middle of the last decade. He blazed the trail and any of those names above that I just mentioned will tell you the exact same. If Sweetnam blazed the trail, the new generation is putting the concrete down and setting in place a route that hopefully dozens of other top players will walk in the years to come.

Look at lads like Michael O’Donovan and Dylan Hicks from Bantry who are already on the national radar at U18 level? They, among others, should keep the West Cork influence strong at Munster over the next few years and, a bit like Jack O’Donoghue, who knows what other West Cork blood we can unearth in the meantime? Tadhg Furlong doesn’t count. Jersey’s too blue for my liking.

You need only look at Munster’s squad that played Toulouse in the Champions Cup in early December. Hodnett and Coombes started, Josh Wycherley and Jack Crowley came off the bench. It’s the first time West Cork has had that level of representation for a game of this scale but that should be no surprise. These players are core players in the Munster squad. 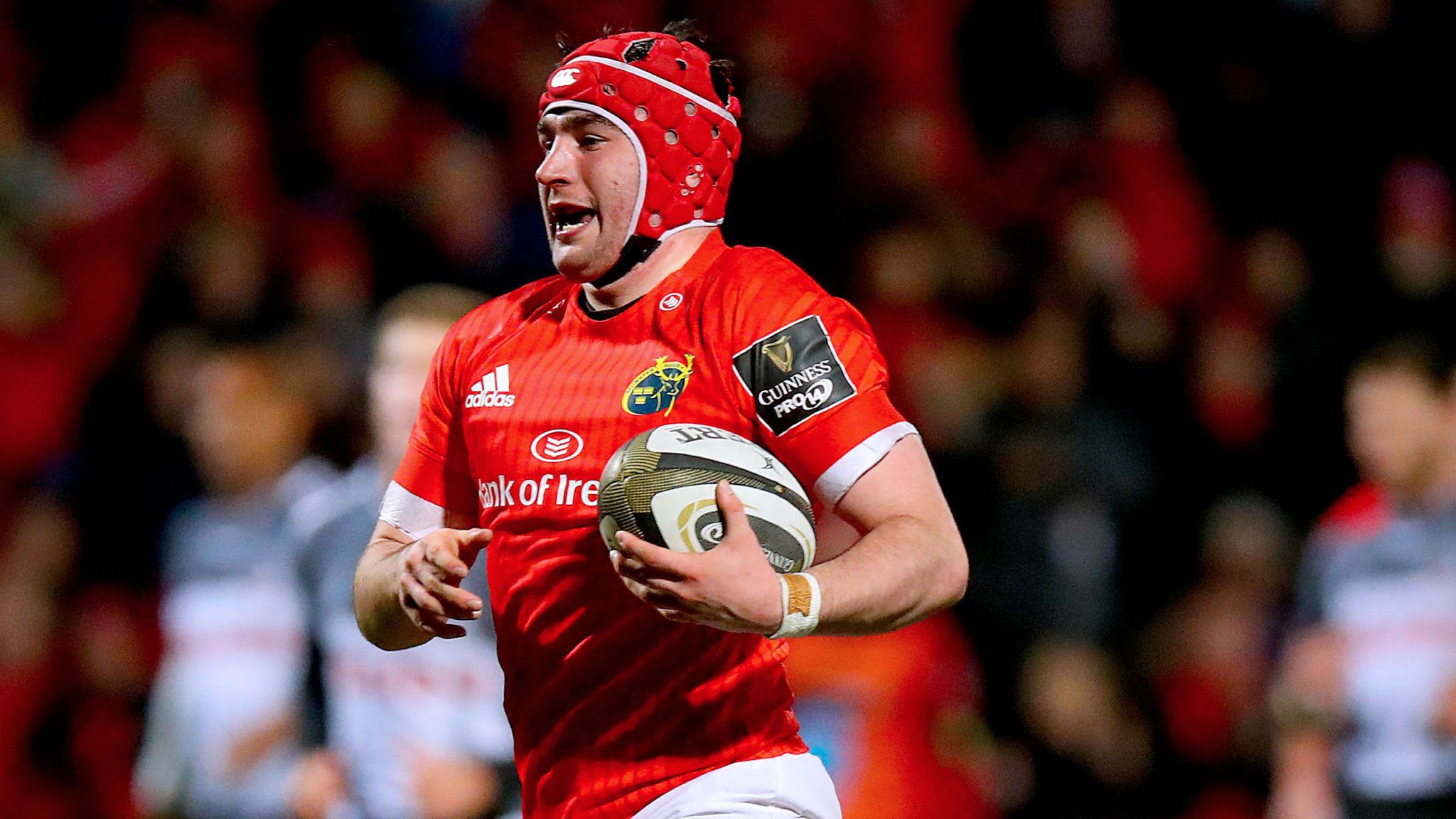 Rosscarbery man John Hodnett runs in a try for Munster.

John Hodnett showed that last season when he jumped back in for selection after a calf injury for that totemic Wasps game last December. I do teamsheets as part of my day job and let me tell you this, the reaction when people saw John Hodnett’s name on the teamsheet was as if David Wallace had decided to jump out of retirement for the weekend. That’s the impact John Hodnett’s name had on the, admittedly, demented hardcore that follows me on social media.

But the man they call the Rock in Rosscarbery is worthy of that praise. Go back and watch Munster beat South Africa A in Páirc Uí Chaoimh and all the way through, you’ll see John Hodnett. Hitting rucks, getting dug into lads twice his size like Wolverine out of the Xmen and carrying with real pop – that’s what you get from John Hodnett. He brings that to every game.

Gavin Coombes took a fair bit of heat in the media – more than was due for an Ireland A game against New Zealand in November where no one played well, let’s be clear – but that was always just steam in the wind. Everyone at Munster knows what Gavin Coombes is and how he’s best used and that doesn’t quite fit what Ireland want at test level, in my opinion. Ireland wants their #8 – the guy who literally wears that shirt as opposed to the idea of a classic #8 – to be something of a utility wrench, someone who can do a little bit of everything but mainly maxing out on breakdown work on both sides of the ball. It’s working for Ireland so you’re left with a choice – change your game to become a player who’s more like the incumbent so you can compete role for role? Or double down on what you’re elite at?

Coombes is a primary ball carrier. If you made a pie chart of his skillset, a man-sized slice of that pie would be Coombes forcing compressions in the opposition and passing around them. He can score tries from close range with some of the biggest men you’ve ever seen in your life dangling off him. He can act as a “third lock” when it comes to the tighter side of the game.

In this role, Coombes is incredibly valuable for this Munster side and his work against Toulouse in the Champions Cup is exactly the kind of power and impact he can give as a ball-carrying focal point.

And then you’re looking at Jack Crowley. When was the last time a player had a three-month spell like Jack Crowley? His 2021/22 ended after an admittedly poor enough outing against the Lions in South Africa last March and he spent the end of the season watching Ben Healy and Joey Carbery starting and finishing. This off-season there was a real feeling that whatever Mike Prendergast would look to bring in as the new attack coach would suit Jack Crowley down to the ground. I watched him during both preseason games and he really stood out in a way that belied how he finished the season under the previous coaching set-up. 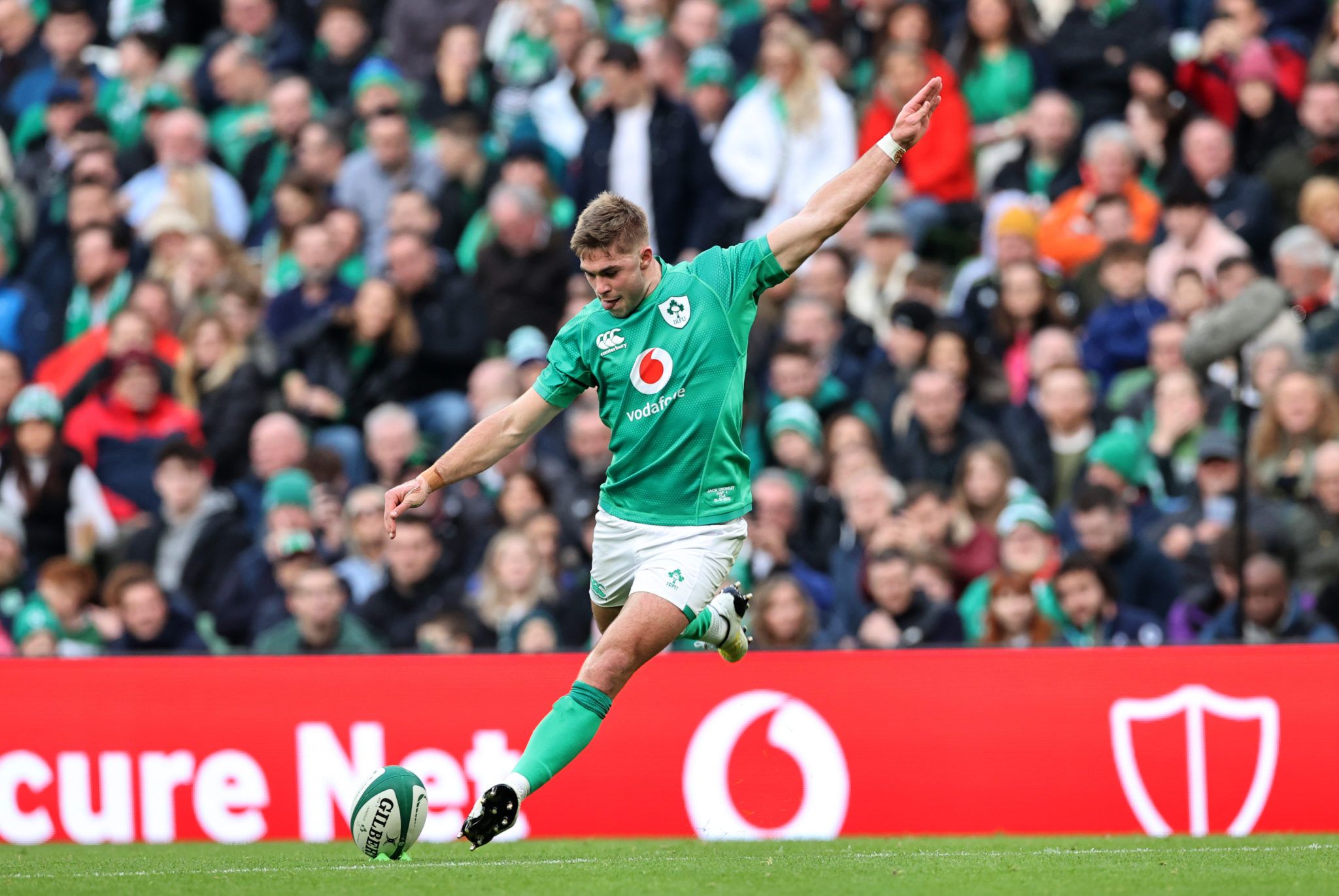 A few weeks later, he was touring South Africa with Emerging Ireland starting ahead of the injured Ciaran Frawley and standing out so much that he started entering THE national conversation as someone who could possibly replace Sexton.

None of this is a surprise, of course, because Crowley has stood out all the way up for his home club Bandon RFC, Bandon Grammar, for Cork Con, for the Irish U20s and at Munster. In an Emerging Ireland jersey, and then an Irish A jersey and then finally a full start against Australia in November, Jack Crowley has always looked at home and, with a brand new two-year deal in his back pocket, he’s set up to be THE guy in Munster going forward.

With the system Munster are playing under Prendergast, Crowley could see time as a true playmaking #12 alongside Carbery this year but whatever happens, Crowley – and the rest of the West Cork Mafia – will play a pivotal role in the Munster of 2022 and beyond.