DARREN Sweetnam, Gavin Coombes and Jack Crowley have a lot in common.

All three are blessed to be from West Cork. They have all starred for Munster – and all three are fully-fledged senior internationals with Ireland. And joining the dots between the non-traditional rugby hinterlands of Dunmanway, Skibbereen and Innishannon is Bandon Grammar School, as this trailblazing trio all walked the corridors of this hotbed of Irish rugby internationals.

‘We are celebrating in the school all the time when we see our past pupils go on to achieve great things,’ says Bandon Grammar School bursar George Bradfield – and their role in shaping some of West Cork’s top rugby players can’t be overlooked.

Former Bandon Grammar student Jack Crowley is the man of the moment right now; the Munster hot-shot made his Ireland debut against Fiji last month, followed by his first start against Australia and the Innishannon man looked built for the big stage. He’s following the path, from West Cork to the Aviva Stadium, shaped by two more former Grammar men, Darren Sweetnam and Gavin Coombes.

‘Darren was the first Bandon Grammar past-pupil to gain his first international cap, against Fiji in November 2017,’ Bradfield says, and Coombes was given the nod in the summer of 2021, a fitting reward for the 2020/21 Munster men's player of the year. And Crowley has now joined the club of Bandon Grammar Irish senior internationals.

‘The exposure to schools’ rugby was a big thing in their careers, and to get that so early helped their development,’ Bradfield explains. Let’s look at Jack Crowley. He played senior rugby – at scrumhalf before his move to outhalf – when he was 16 years old in fourth year at Bandon Grammar. That year, 2017, was the first time the school qualified for the semi-finals of the Munster Schools Senior Cup, before Presentation College Cork spoiled the party in the last four.

‘Jack got senior cup exposure very early, when he was in fourth year. I know it happens in other schools as well, but it was an early experience for him to play rugby at that level and that intensity,’ says Bradfield. ‘Three years of senior schools’ rugby at that age – you can’t put a value on that for him. It exposes players to the provincial and national situation, too, which they wouldn’t get at underage club level.’

‘Jack was outstanding that season and in that game,’ he says. ‘He set up Soren Minihane for a try with a wonderful pass that split the cover and caught the opposition flat footed. The timing and length of the pass was superb, and he has the ability to deliver long passes like that. It showed Jack has that quality. He is a very good passer, has a great range of passing skills, and his kicking ability is very good too.’

While Crowley stood out in schools’ rugby, he did so too for Bandon RFC where tales of his heroics are still fresh in the memory, like when he helped his club in their All-Ireland U18-winning season of 2018. 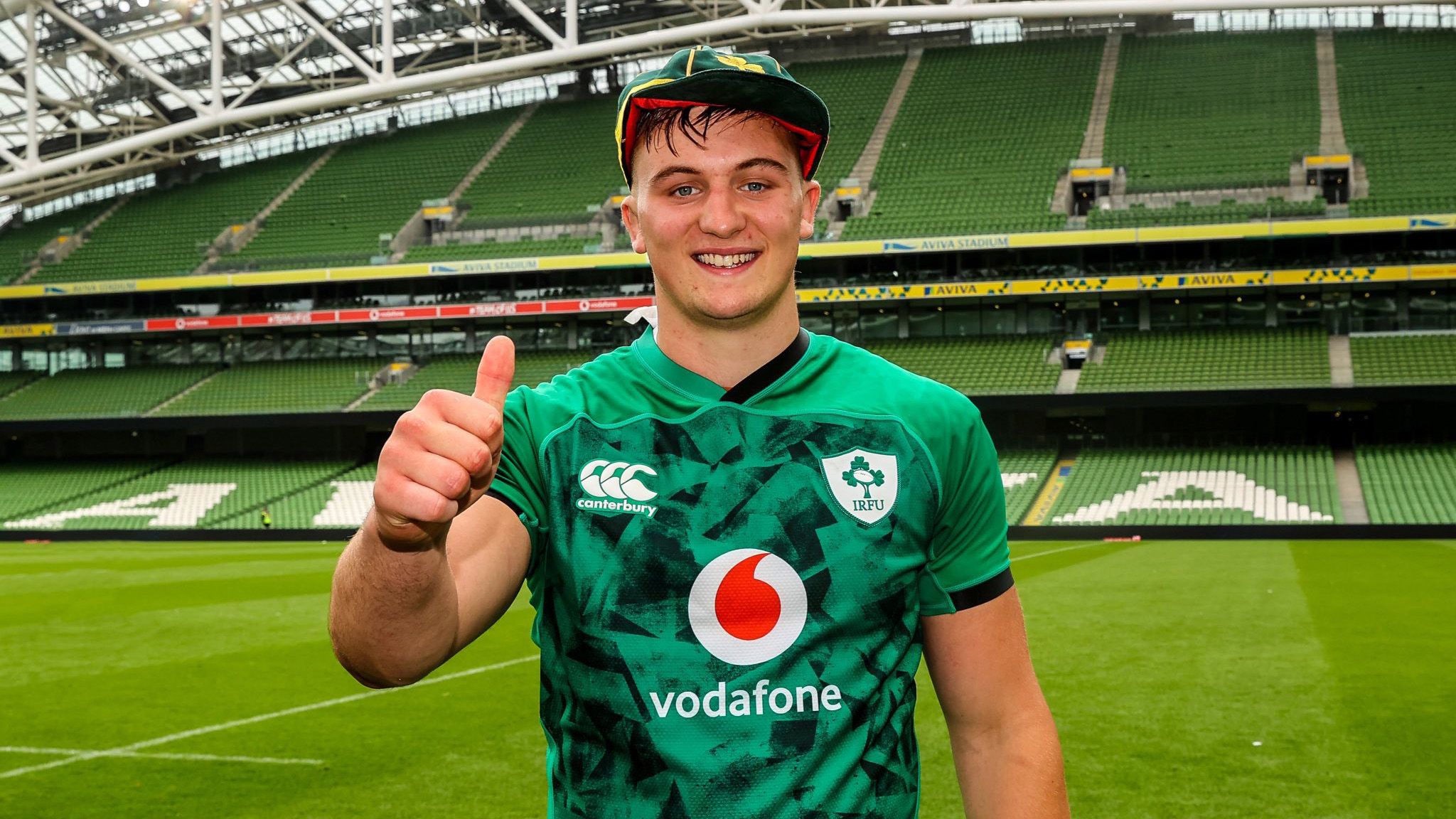 Gavin Coombes pictured after his first senior Ireland appearance in 2021.

The local clubs, like Bandon, have played a starring role in the West Cork rugby boom. From the Wycherleys (Fineen and Josh) in Bantry, the Coombes’ cousins (Gavin and Liam) in Skibbereen, John Hodnett in Clonakilty RFC, and Crowley at Bandon RFC, their clubs were their first point of contact with rugby, and where these diamonds started to shine, and local coaches began to polish the rough edges. For Sweetnam, Gavin Coombes and Crowley, their rugby education stepped up when they began life at Bandon Grammar School, and they combined club and school. They got the best of both worlds, and that brought the best out of them.

‘It’s pretty intense in schools, and you are nearly out every day doing something,’ Bradfield confirms. Gym sessions at 7am.. Training sessions three or four times a week.

‘We have done a lot of work with strength and conditioning, and our respective coaches would have put a lot of time into these players, and they would have got the intensity of schools’ rugby and were looked after in the school, by the coaches, and playing matches at a high level.

‘The exposure to schools’ rugby was a big thing in their careers.’

Bandon Grammar is well stocked in rugby coaches. Philip Murphy is the rugby co-ordinator; senior Cup coaches are Brian Scott, Owen Mullowney and Santiago Gonzalez; Bowen Shield, Denis Collins and James Collins; Junior Cup, Philip Murphy, Eugene McCarthy and Scott Kingston; McCarthy Cup, Will Canavan, PJ Lucey and Killian O’Sullivan; U14, Ciarán Collins, Damien Hicks, James O’Donovan and Brian O’Connor; strength and conditioning, Guillermo Castex; and physio Denis Corridon. These are all pieces in the jigsaw, as was Regis Sonnes, who worked as a full-time coach with Bandon Grammar School and Bandon RFC between 2016 and 2018. The French man’s influence is still felt. He coached Jack Crowley, and was impressed.

‘He was a special guy in the school,’ Sonnes told this paper last year – and the feeling is mutual.

‘When Regis arrived to coach in the school, he encouraged teams to play positive rugby, an open and expansive style of play. Also, we put great emphasis in looking after the players as individuals, improving their skill-set. Jack benefited from Regis’s fresh approach to coaching in a professional manner,’ George Bradfield explains – and that approach remains central in the school. 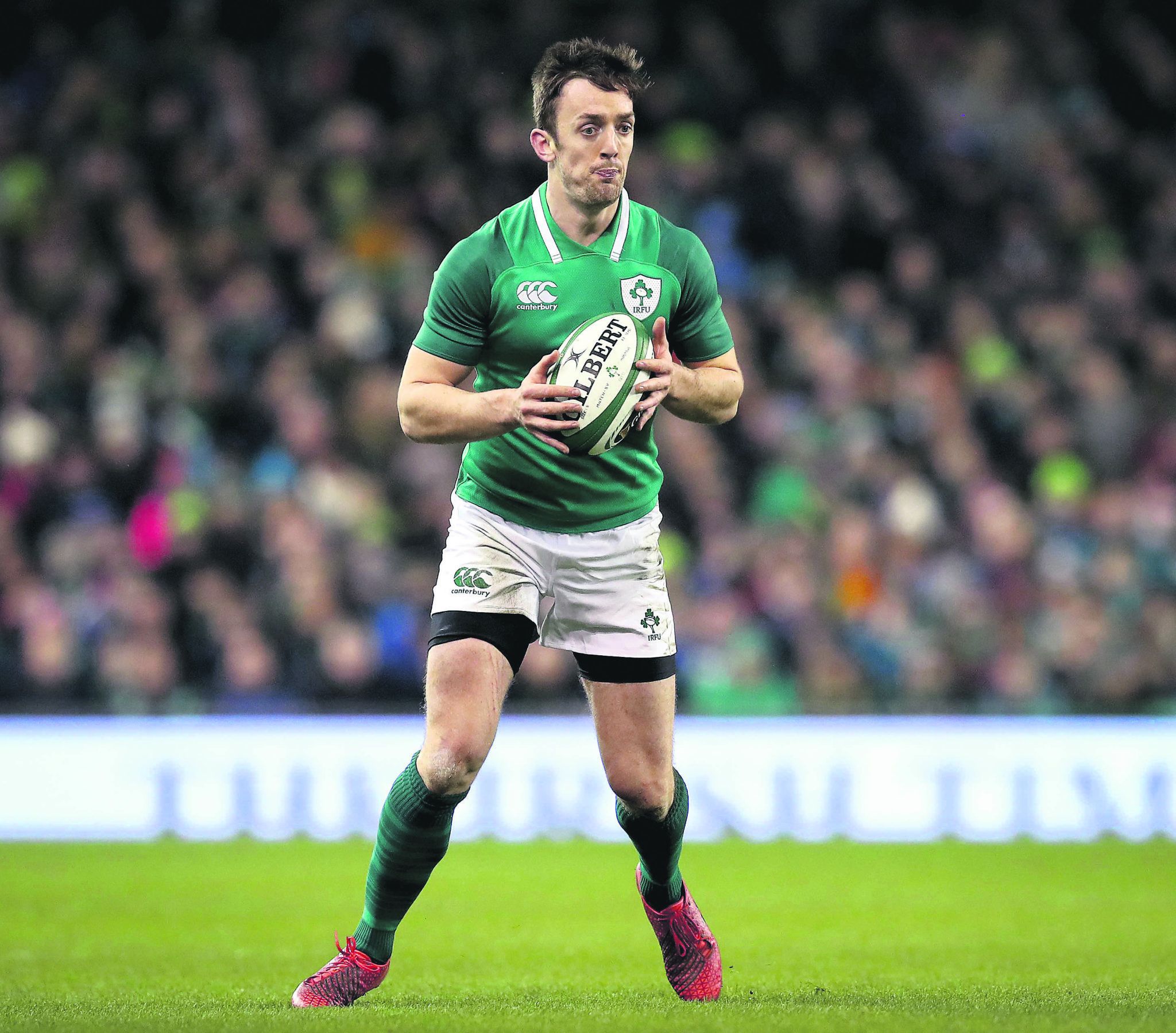 Ireland's Darren Sweetnam in action against Fiji in 2017.

Sweetnam, Coombes and Crowley are three of the biggest players to emerge from West Cork. Sweetnam was first: the trailblazer. Munster stars Coombes and Crowley are the present and the future, and Bandon Grammar is arming their players with the tools and skills and confidence they need to make the most of their talent. Current Bandon Grammar players don’t need to look for role models.

‘They can see that, but there is a buy-in involved too and a lot of hard work. Just because you walk the same corridors as these people means very little unless you put in the same commitment, which is important. They understand that as well,’ Bradfield says.

‘It's not a foregone conclusion that you will reach that level, you need to have a certain mentality, and Jack has that, as do Gavin and Darren.

‘All three of those lads have a certain X-factor, and with Jack and with Darren they have a Gaelic background to their game, and that’s helped too.’

Bandon Grammar would love to win a Munster schools’ senior or junior cup, but they take huge satisfaction, too, in developing young players, whether they go on to play at junior club level locally or for a senior club or for Munster and Ireland. In Sweetnam, Coombes and Crowley, they have three past pupils who have put the school on the map, and there’s more to come with the Rugby World Cup just around the corner.