THE ball was about to be thrown in when I arrived at Sam Maguire Park in Dunmanway last Thursday night week for the Carbery Junior A football final between St Mary’s and Tadhg MacCarthaigh. I rounded the corner of the Pavilion and was taken aback by the size of the attendance. The hill was alive and buzzing with anticipation.

This divisional decider was played midweek as poor weather recently delayed the semi-final between St Mary’s and Clonakilty, and also because the Carbery winner was scheduled to take part in the county series last Sunday. It worked out beautifully for the Carbery GAA Board because the unusual timing of a Thursday evening generated a bumper attendance at a pristine venue for the final of a championship that is very dear to my heart.

I was lucky enough to win two West Cork junior football medals in 1998 and 2003. 1998 was the first year that the Mick McCarthy Cup replaced the Little Norah. At the very same Dunmanway venue we got over the line against Tadhg MacCarthaigh in a match that lives long in the memory. Going in as underdogs against a fancied Caheragh side, two moments of magic from Maurice Moore and Niall Hayes swung the game in our favour. It's amazing how the wheel turns as two wonderfully-crafted goals from the Caheragh boys last Thursday night put this game out of reach for Mary’s early in the contest.

Caheragh were looking for their seventh Carbery JAFC title, their first since 2012, with St Mary’s having won it last in 2014. This title has been won at least once by 21 different clubs since 1926 with Bandon sitting top of the pile with 20 championships. 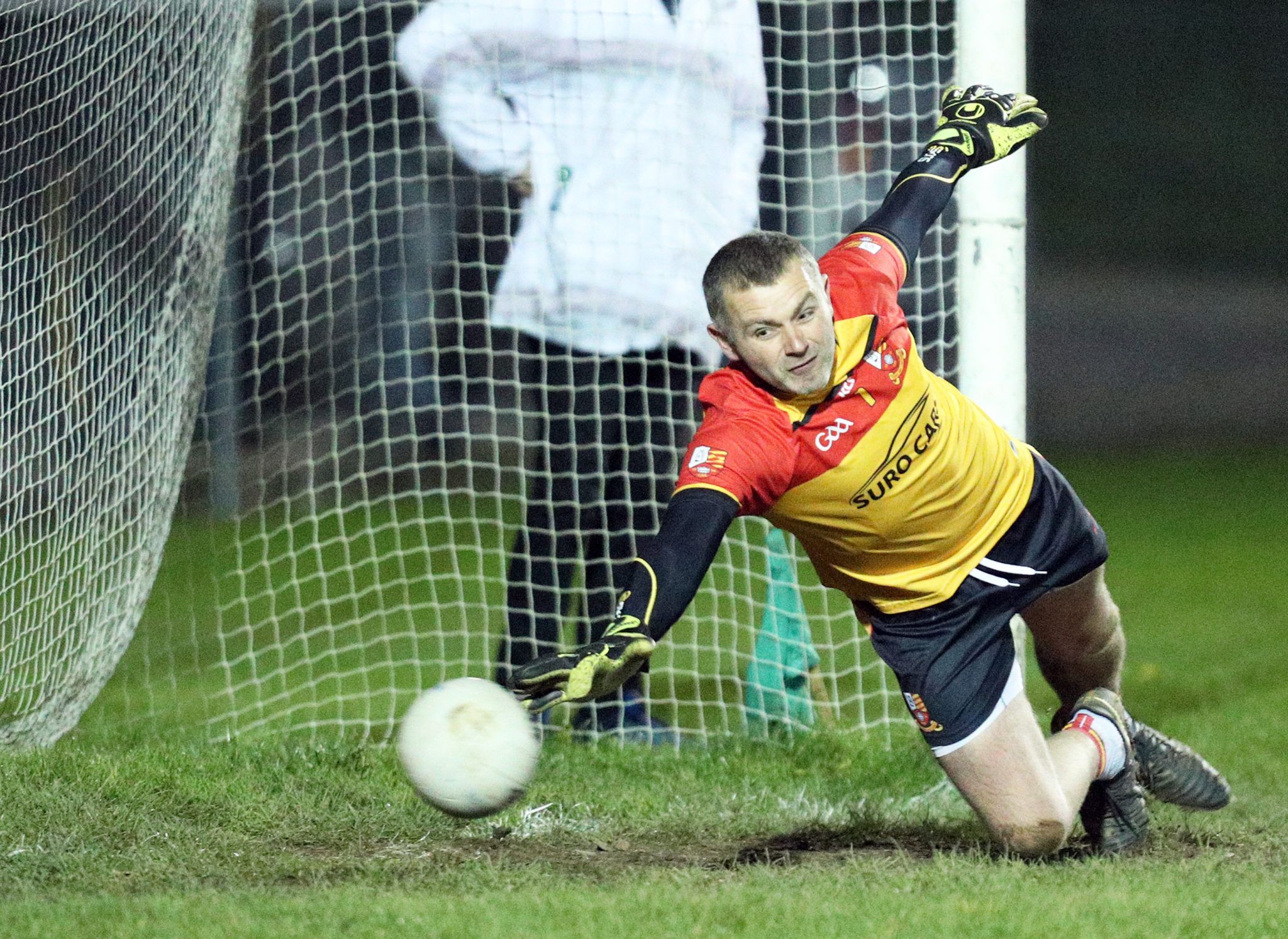 Under the floodlights and in as good conditions as you could imagine for the time of year, Caheragh came out of the blocks like a trap-one greyhound. I had seen their semi-final win over Carbery Rangers which was hard to gauge as it was played in absolutely atrocious conditions but they definitely improved 50 percent on that showing in Dunmanway.

Tactically, Tadhg MacCarthaigh got a lot right. They played a packed defence with 11, sometimes 12, behind the ball. Man-of-the match Colm O’Driscoll, named at 15, withdrew to play as sweeper. The combination of both stifled St Mary's lively inside line. Brendan Herlihy mixed his kickouts nicely between short and long with Kevin O’Driscoll at midfield his get-out-of-jail card on numerous occasions. Kevin had five clean takes from long kickouts alone in the first half. The three, sometimes four, forwards who stayed up played in a line down the centre between the end line and the 65 so that when Tadhg MacCarthaigh turned over a Mary’s attack they had an instant out ball with the hand or foot, which led to better continuity in their attacking play.

St Mary’s were also playing with numbers behind the ball, leaving three up front. But their three up front were playing in a line inside the 20-metre line parallel to the end line, leaving an acre of ground between themselves and the next nearest player. The result was when Mary’s turned over Caheragh and broke out they had to carry the ball before they could make a telling delivery to the inside line, giving Caheragh plenty of time to retreat and get set up defensively. Every one of Caheragh’s long kick-outs went out to the left where they had success after success. The Ballineen/Enniskeane outfit never countered this and allied to missed frees, poor shot selection and poor wides led to their downfall on the night.

The increase in the intensity and pace of Caheragh’s play from their semi-final performance was palpable from the throw-in. Captain Brian O’Driscoll raced away powerfully to set the tone with a top-class long-range point. After four minutes it was 1-2 to 0-0 with St Mary’s looking really lethargic. Eight minutes in came the play that finished the game. Niall Kelliher dropped a free short and Caheragh took advantage to go the full length of the field with an intricate series of give and gos and off-the-shoulder support plays involving six players that ended with Paddy Burke arrowing the ball into the net. Marys were suddenly eight points down and ten minutes not yet gone.

To be fair to Mary’s they did not throw in the towel. A Brian McCarthy free followed by a penalty after some sloppy handling by the goalkeeper kept the Saints in it at the first water break. An evenly-fought second quarter, the highlight of which were two wonderful points by the Caheragh wing backs Micheal and Eoin O’Donovan, left four between them at the break and all to play for. 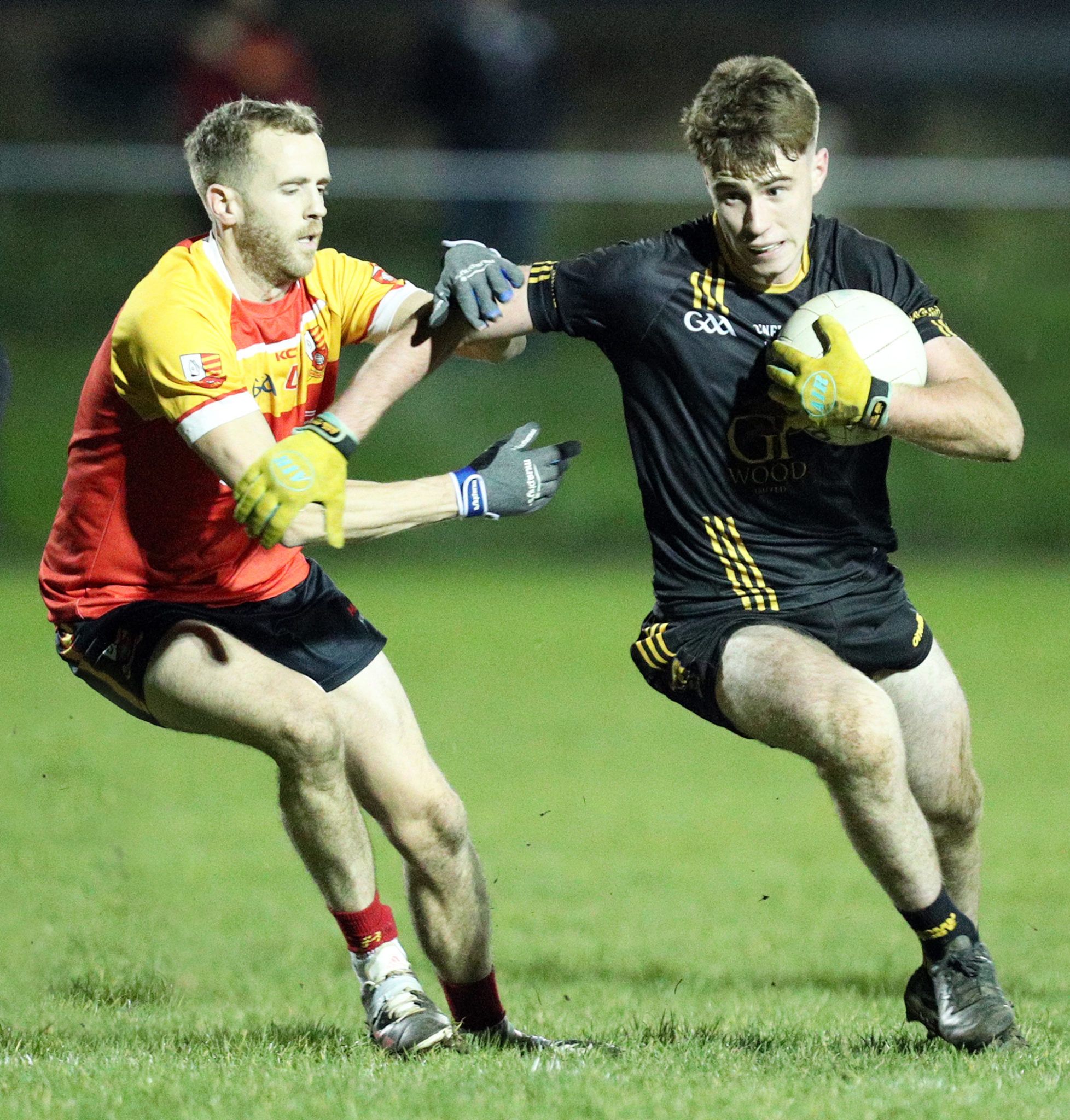 St Mary’s needed a goal early in the second half and almost made it a one-point game when Ryan Scannell rattled the woodwork. From then on Caheragh kept their opposition at arm’s length. Try as they may, St Mary’s could not close the gap. Tadhg MacCarthaigh won 2-10 to 1-8. The celebrations afterwards, both on the pitch and on the hill, were a reflection of a long period without silverware for Caheragh. The champagne was put on ice with Ballinhassig and a rattle at the county championship only three days away.

However, two games in four days proved to be the undoing of the West Cork club as tired minds and legs led to them relinquishing a six-point lead late in normal time in their county quarter-final in Bandon on Sunday afternoon. The fresher and more physically aggressive Carrigdhoun outfit showed great resilience, finding a goal and three points, and aided by a questionable amount of overtime played in normal time. Energised by their heroic fight back Caheragh were second best in extra time with Ballinhassig finally running out six-point winners, 2-15 to 2-9.

So it's back to the drawing board for Tadhg MacCarthaigh and that’s the great thing about the GAA. The new season is only around the corner and with solid foundation stones put in place this year, next year's championship can’t come fast enough.