THE INSIDE TRACK BY MICHEÁL O'SULLIVAN

IF you watched Ian Maguire drag Cork to a vital Division 2 South victory in Portlaoise last Saturday night, imagine his potential if he had the right midfield partner alongside him.

He was a colossus against Laois. One of the main reasons Cork got the win they needed, why they now have a shot at promotion and why they travel to Clare this Sunday with something to play for.

What we wouldn’t give for the likes of a ‘Big Nick’ (Nicholas Murphy) to partner Maguire right now. Nick was six-foot five inches tall, strong as an ox, with arms down to his knees, great timing and an even better leap. Alan Quirke slept soundly the night before championship games knowing that if he had no other option, he could hang one up there for Nick and he’d pick it like an apple from the highest branch on the tree.

Conor Counihan was blessed around that 2010 era with a wealth of midfield talent. Nick Murphy, Alan O’Connor, Pearse O’Neill and Aidan Walsh was the mouth-watering list he had to play with. In the present squad Cork just don’t have that rich selection. 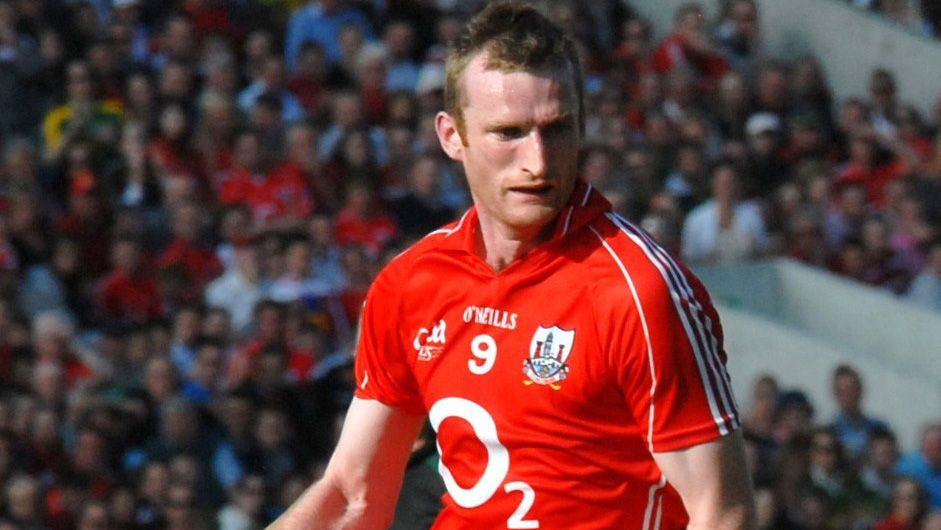 Nicholas Murphy was the best midfielder Micheál O'Sullivan played with for Cork.

Nick Murphy was the best midfielder I played alongside for Cork. He was the fielder and I was the spoiler. The instructions were straightforward: I was told to do a job on the opposition’s better midfielder so Nick could do the business for us because he was better in the air. The combination worked.

At club level with Carbery Rangers, Kevin MacMahon is the best midfielder I played with, but we had a different dynamic.

He was the runner and was happy to run forward, while I was the holder and was happy to sit. Again, it worked. It was a partnership that improved the more we played together, but looking at Cork right now, midfield is unsettled because there is no set partner-in-crime for Maguire. It was Kevin O’Driscoll against Kildare. Paul Walsh was back in there against Laois. Going back to the 2020 Munster final, it was Killian O’Hanlon.

Midfield has changed since I played there. Back then there were more long kick-outs. It’s still a vital area now and an area Cork must get right to get the best out of Maguire, but the options are limited, especially with O’Hanlon out for the year with an ACL injury.

Cork manager Ronan McCarthy had all his middle eight options on the pitch by the time the game finished in Portlaoise last Saturday night. Cork reached that goal of a 70 percent win rate on their own kick-out that I wrote about last week but the problems again lay long where we lost five out of ten kick-outs. The improvement in this area came on breaking balls where Mattie Taylor was particularly noticeable.

Just for clarity, winning the midfield is not just about the goalkeeper and the two guys wearing eight and nine. The goalkeeper and the middle eight working symbiotically are the platform if you want to be successful. As the saying goes in rugby, ‘Forwards win matches, backs decide by how much’.

Paul Walsh wore the number nine jersey against Laois and was largely anonymous in the first half, giving the ball away on three occasions. He could easily have been pulled at half time but the management stuck with him and he grew in confidence and stature as the game developed. Walsh is big, strong and athletic. Showing confidence in him can only help him grow into the position. By God, we need him to.

With the choices available it looks like a half-forward line of Kevin O’Driscoll, Ruairi Deane and Mark Collins for me. I don’t see Sean White as a half-forward, but positioning him in his natural position at wing back would strengthen the line there. Brian Hartnett was an option but with his sending-off against Kildare coupled with the condensed season means time could run out for him to get back in.

Ideally, you need a minimum of four targets for a long kick out – two midfielders and two other options in the half-forward line area. Everybody else is about opening spaces for these guys to contest in and for the goalkeeper to hit accurately. Optimistically, Maguire, Collins, Deane and Walsh are the go-to men.

Once the goalkeeper hits the target zone, you need four or five players attacking that area like wild dogs, ravenous with hunger to pick up that dirty ball on the floor. If you are one of the targets, ideally you want to take the kick-out clean. The second option is to get a punch or knock down to one of your own. The third option is hips, arse, knees, elbows; do anything you can to get the ball onto the floor.

Long is riskier. There are more variables. The quality and accuracy of the goalkeeper’s kick. His ability to pick the right option. The weather. The target’s ability to hit that space as the ball is dropping. Reading the breaking ball and getting your body position right for it. Opposition teams planning to play Cork will see the weakness long and shut them down short.

Hopefully we will see Cork move their performance level on when they head to Ennis to play Clare this Sunday. Win that and Cork could be in the league semi-final, but lose and it could be a relegation semi-final. Fine margins. But the win against Laois means Cork have their league destiny in their own hands. Still, Cork need to raise their game.

In an error-ridden encounter, between them Cork and Laois turned the ball over 45 times. Contrast that with the cracker in Ballybofey between Donegal and Monaghan where they had 18 turnovers between them. That’s an area Cork must improve. They must limit the error count. They need more consistency over the 70 minutes, too. Like Ronan McCarthy said afterwards, Cork’s performance was too helter-skelter at times. When Cork moved the ball quickly in the first half, they created chances, and the first-half goals from Sean White and Ruairi Deane came from quick, direct attacks. We need more of this.

A win over Clare this Sunday and an extended run in the league is a must for Cork to iron out these issues in competitive league games before we hit the white heat of championship.