Dominic Casey is the man behind the unprecedented success for Irish lightweight rowing from 2016 to present day.

This is an extract from Something in the Water: How Skibbereen Rowing Club Conquered the World by Kieran McCarthy, who is sports editor of The Southern Star. This was shortlisted for Irish Sports Book of the Year in 2019.

AOIFE Casey doesn’t mind sharing her dad. Dominic is like a father to all the athletes he coaches. He’s there to help people. That’s what he does better than most. Hence the awards.

Aoife knows he’s always in the room next door if she’s at home and needs advice. If he’s not in the sitting room, she’ll find him nibbling on fruit and nut mix in the kitchen, or having set up camp in the conservatory.

‘He loves watching people improve. He’s there to help and that’s what he does so well. He’s not in this for himself. The joy he gets is the results of the athletes; that’s where he gets his satisfaction.’

But while he never switches off, the general consensus is that Dominic has mellowed over the years. The desire hasn’t changed, but he is not as strict as before.

‘Maybe I am softer,’ he admits.

But the reason for this is key to it all. ‘The athlete is the priority. You have to empower him or her to do the business,’ he explains.

‘I say very little as a coach. I tell them what to do and they soon pick it up. It’s not down to the coach. It’s down to the athlete. They are the important person in all of this.

‘The more experienced the athlete, the less you need to say to them. They have the knowledge, so I am there to help them out.

‘If you have a big group, you’d say half seven in the morning and that’s it. But if you’re talking about just a few, and if it’s very cold in the morning, we’d push it back to nine, little things like that. I don’t like being dogmatic or being on top of them, too bossy.’

That’s why he accommodates the athlete. He puts them first every time. It’s why he is different to other coaches, Eleanor says.

It’s why Denise Walsh trained at home on the Ilen in the winter of 2016 rather than at the National Rowing Centre. He knew how to get the best out of her and that meant letting her train closer to home in her single rather than trekking up and down to Inniscarra.

‘Dominic doesn’t have a set training schedule where I need to be here at a certain time to do a certain thing. He works it around what’s flexible for you. I am able to train more to my own schedule,’ she explained, before going on to her best set of results at international level in 2017 – silver at the Europeans and sixth in the world.

He knew what was best for his athlete. It’s no coincidence either that when Shane O’Driscoll and Mark O’Donovan came under his umbrella at international level in the winter of 2016, they went on to dominate the men’s lightweight pair in 2017. He gave them direction and belief. He worked them harder than ever before. And the results followed. 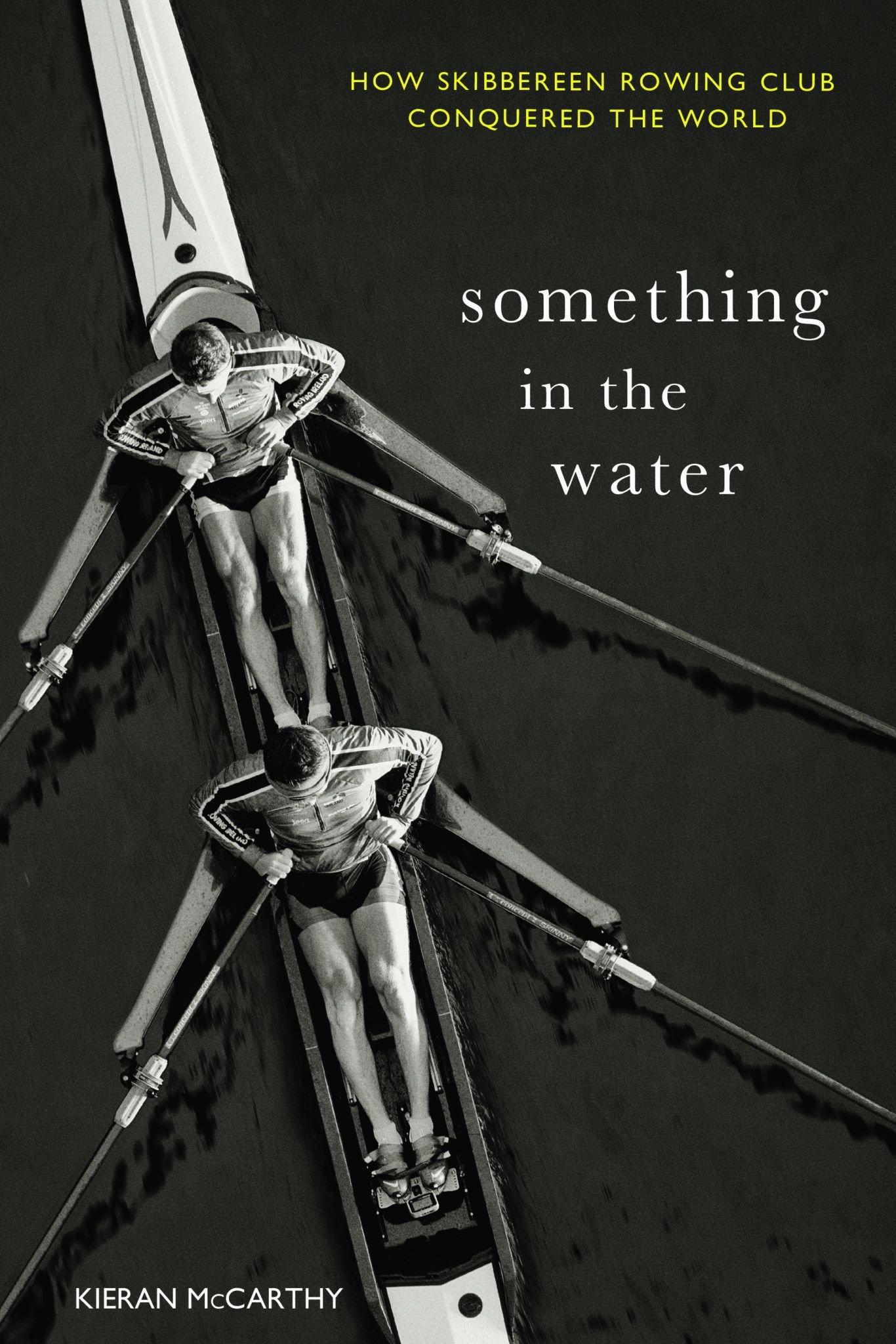 Something in the Water: How Skibbereen Rowing Club was shortlisted for Irish Sports Book of the Year in 2019.

Dominic’s work ethic is perfectly suited to rowing. There’s a direct correlation between the work you put in and what you get out of it. That appealed to him. He enjoys working hard. That ethic helped him create a dynasty in Skibbereen that has transformed Irish rowing.

‘Over the years we have been committed to the national team,’ he explains.

‘The motto in Skibbereen is be the best you can, and to do that you have to go to the World Championships. We had the first Olympians in Eugene, Timmy and Richard and that helped build momentum over the years. When they came back then, the young lads here would be training with them and that would drive them on. That was a big incentive for the young lads.’

Success breeds success. If a system is successful it attracts more people. Winning is important to everyone in the rowing club and that symbol is the championship board that hangs in the hall of the clubhouse. It looks at you when you walk through the front door. It has the name of every Skibbereen rower who has won a National Championship.

‘When people see the board, they might not say it, but they want to get their name on it,’ Dominic says.

With that mindset, they’re then taught how to race.

‘It’s all about racing, getting used to racing, being tough and mentally strong. We do a lot of pieces together and that teaches rowers how to race and how to be tough. Other clubs can do it too. We’re not the only ones who can train like this.’

‘He is always looking for some bit of an edge. People often ask if there is something in the water in Skibb. That’s a myth. There is nothing other than sheer hard work consistently over a long period of time,’ former Rowing Ireland Coach Education Officer Pat McInerney says.

There is no end to Dominic. People get tired. They get worn out. They are human. Not Dominic. In his own words, he’s non-stop.

In 2010 Rowing Ireland launched the Grand League Regatta Series. It was new and innovative, allowing rowers at all levels the chance to develop in a fair and competitive environment. Later that year, Pat, with St Michael’s Rowing Club in Limerick, and Dominic, with Skibb, travelled on the same ferry to the Ghent Regatta in Belgium. Dominic talked rowing all the way over and all the way back. He saw certain aspects of how Ghent ran their event and liked them. He talked about transferring those ideas to the new Grand League. Off the ferry they travelled their different directions home. Pat’s phone rang. It was Dominic. He wanted to talk more about Ghent.

‘Endurance is his middle name. He has passed those traits on to his athletes. A coach’s characteristics rub off on an athlete,’ Pat says.