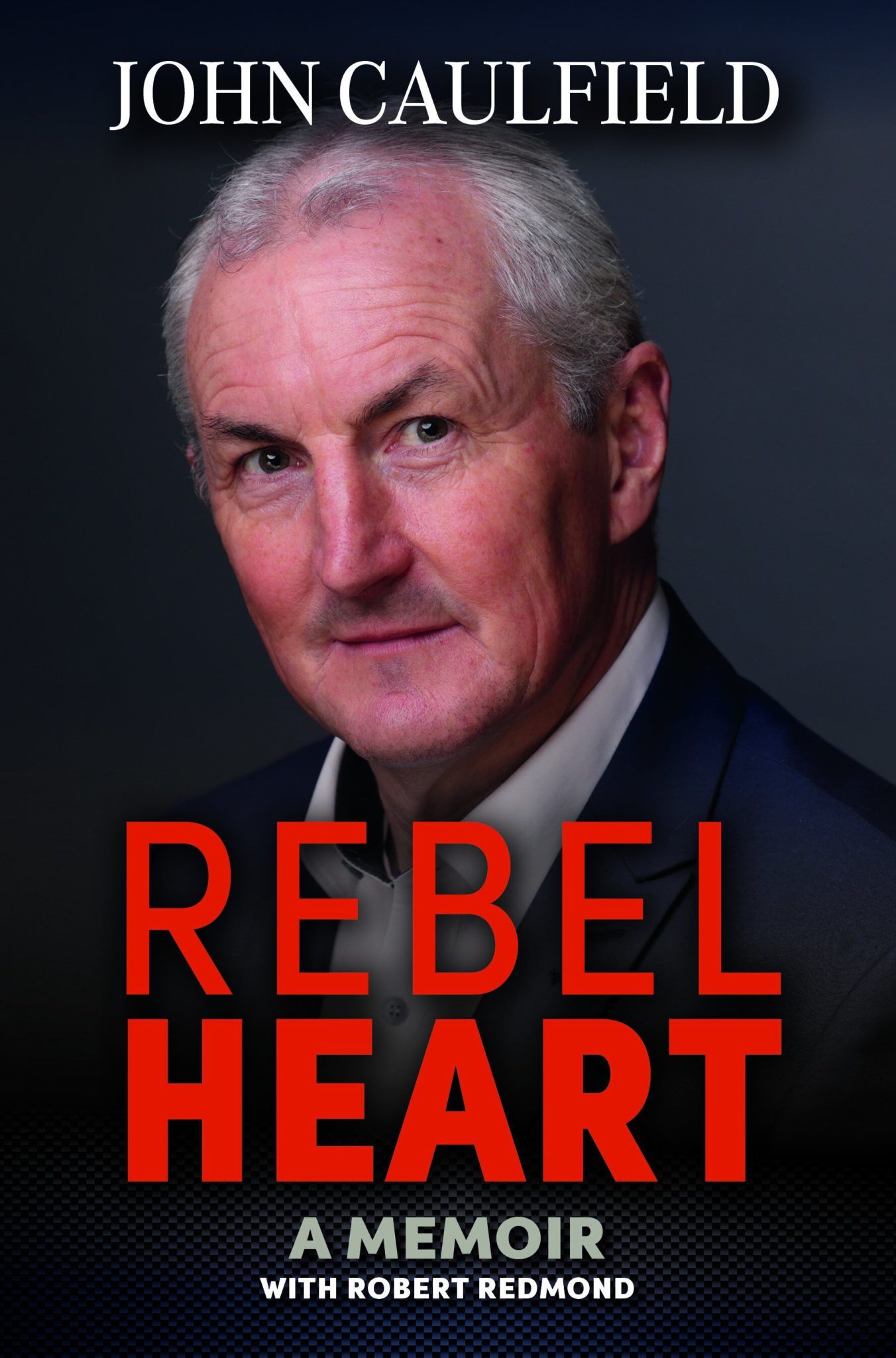 Everyone in the West Cork League and League of Ireland football communities know John Caulfield. Hardly surprising, considering the former Cork City and current Galway United manager remains one of the most charismatic and approachable figures in the game. Caulfield’s collaboration with Robert Redmond is a page-turner, starting with the USA-born manager’s relocation to Ireland, his involvement in local GAA circles and emerging on to the League of Ireland scene before becoming a record-breaking striker. It is Caulfield’s honest appraisal on the highs and lows of his time in charge of Cork City FC that make Rebel Heart such an interesting read. The Accidental Footballer (by Pat Nevin)

You don’t have to be a Chelsea or even a football fan to enjoy one of the best sports books of 2021. Scottish international, commentator and respected DJ, Pat Nevin’s autobiography is different to every other title in the genre. That’s because the Scot’s love of independent music matches his affinity for his chosen profession. The Scot details his early days in Celtic before making an impact with Chelsea in the 1980s and on to Everton in the early 1990s. Nevin’s career path coupled with stories of staying out late to attend concerts and befriending the likes of Morrissey and the late John Peel elevate this autobiography above other, more renowned, footballer’s titles. 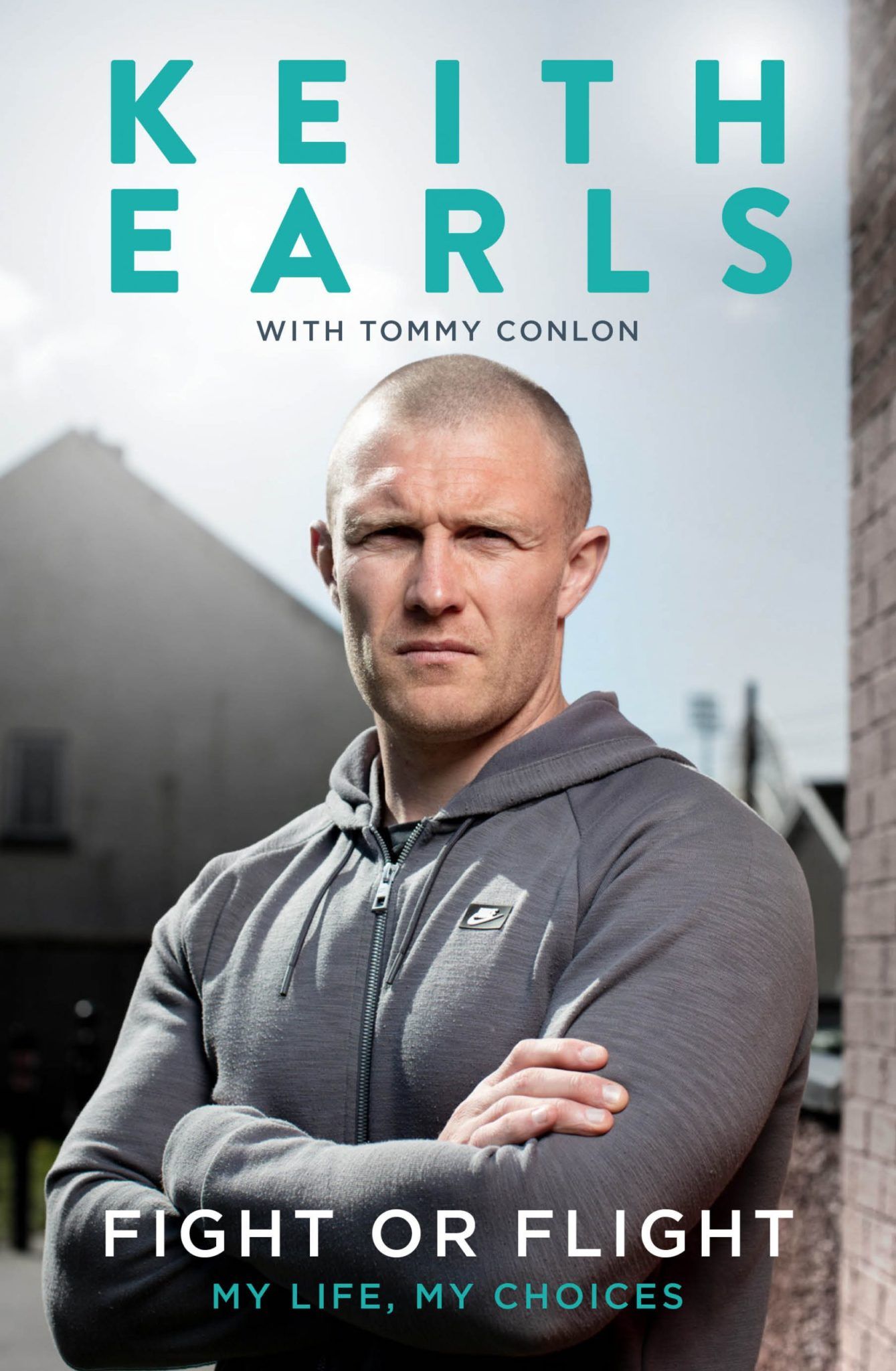 Fight or Flight - My Life, My Choices (Keith Earls with Tommy Conlon)

The Irish international and Munster rugby hero is renowned for his speed and ball-handling skills. Yet, the reason Keith Earls’ new release is such a terrific read is down to the honesty and sincerity of the book’s subject. Tommy Conlon does a marvellous job of penning an intimate account of a high-profile rugby figure we knew little about until the publication of My Life – My Choices. Earls’ honesty in revealing the personal, inner turmoil he faced as a youngster suffering a panic attack following the death of his cousin right through to being diagnosed with Bipolar 2 makes this the best rugby book available to purchase right now. 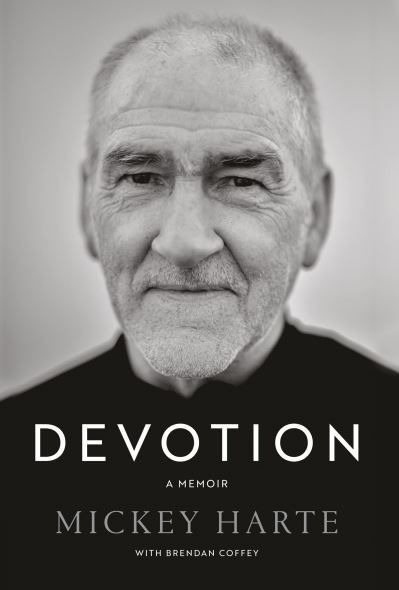 Of all the GAA books on offer this Christmas, few, if any, can match Mickey Harte’s for raw honesty and dealing with personal tragedy. Brendan Coffey deserves huge praise for sensitively outlining how Mickey Harte and his family dealt with and are still dealing with the horrific murder of his daughter Michaela whilst on her honeymoon. There is plenty of detail on Harte’s philosophies, ideas and convictions about how he coaches Gaelic football at the highest level. Yet, this book is at its most engaging when Harte speaks about his unimaginable loss and beginning a new coaching phase of his career at the age of 67. 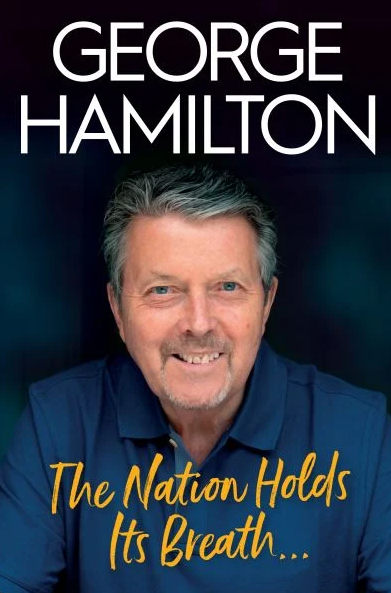 The Nation Holds Its Breath (by George Hamilton)

RTÉ commentator George Hamilton voiced the soundtrack to an Irish soccer generation’s unforgettable encounter with the 1988 European Championships and Italia 1990 World Cup. Hamilton has remained behind the microphone and voiced every major Irish sporting event ever since those heady days in Germany and Italy. The Nation Holds Its Breath offers Hamilton’s unique perspective on those events as well as his move into radio and love of classical music. This is a different kind of sports book but an engaging one, nonetheless. 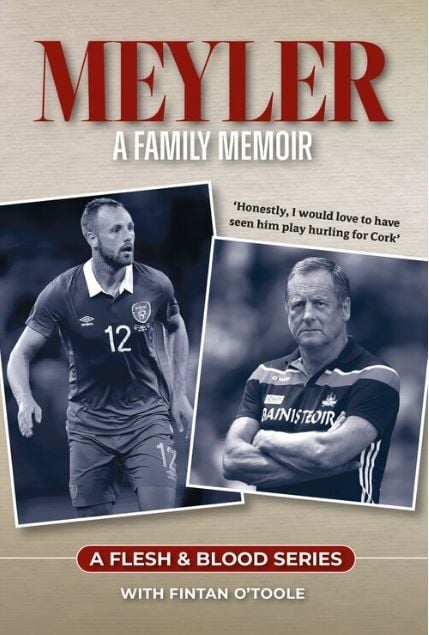 Award-winning journalist Fintan O’Toole beautifully intertwines a family story encompassing both the professional football and GAA worlds. There are plenty of interesting stories from Republic of Ireland international and Premier League footballer David Meyler’s career as well as John Meyler’s successful GAA club and managerial successes. Clearly, there is deep respect for each other’s sporting achievements. The Meyler’s father-son relationship shines through on every page and makes for a superb read. 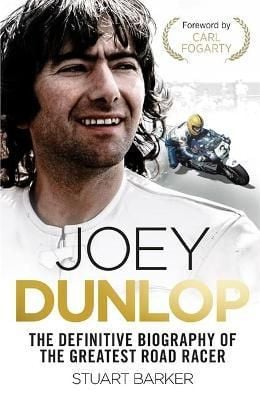 Joey Dunlop is regarded as one of the greatest motorcycling road racers of all time. To underline the point, Dunlop defied the odds at the age of 50 to win the world famous Isle of Man TT back in 2000. That’s just one fascinating story for a lifetime dedicated to pushing himself to the absolute limit. From humble beginnings, Dunlop’s rags-to-riches story, culminating in being crowned Northern Ireland’s greatest-ever sportsman, is a sometimes difficult story. Tragically, Dunlop died following a crash while racing in Estonia. Motor racing enthusiasts will enjoy Stuart Barker’s biography of a true motor cycling legend. 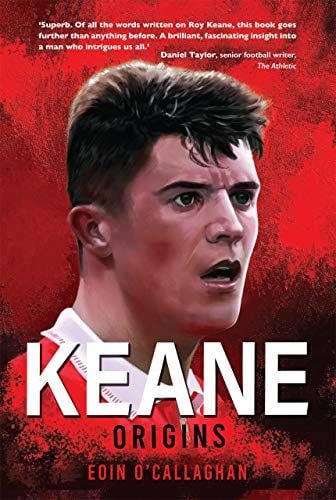 Rarely a ‘Super Sunday’ goes by without former Republic of Ireland international and Cork’s most famous Premier League export, Roy Keane, trending on Twitter. The modern-day Sky Sports pundit’s journey from his native city to Nottingham Forest and Manchester United stardom is brilliantly recollected by Eoin O’Callaghan in ‘Keane Origins’. Quotes and stories from the people that knew Keane best during his Rockmount and Cobh Ramblers days and before crossing the Irish Sea to Nottingham Forest include Brian Clough, Jack Charlton and Alex Ferguson anecdotes. This book exposes a different and more down to earth side of Roy Keane. It is well worth your time. 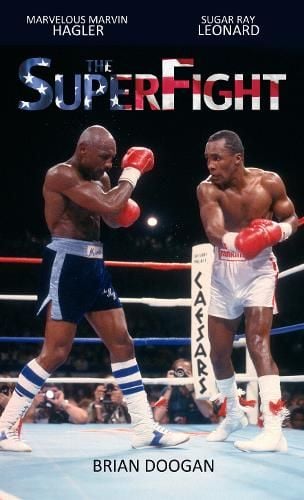 Long before YouTube’s Jake Paul infested the sport, boxing enjoyed a golden age during the 1980s and 1990s when the middleweight and super-middleweight classes included legendary names like Roberto Duran and Tommy ‘The Hitman’ Hearns. Two fighters dominated the middleweight landscape at that time, ‘Marvellous’ Marvin Hagler and ‘Sugar’ Ray Leonard. The story of how the Leonard and Hagler one hundred million dollar super fight came about in Las Vegas, 1987, is almost as unbelievable as the fight itself. Brian Doogan has penned a terrific book. 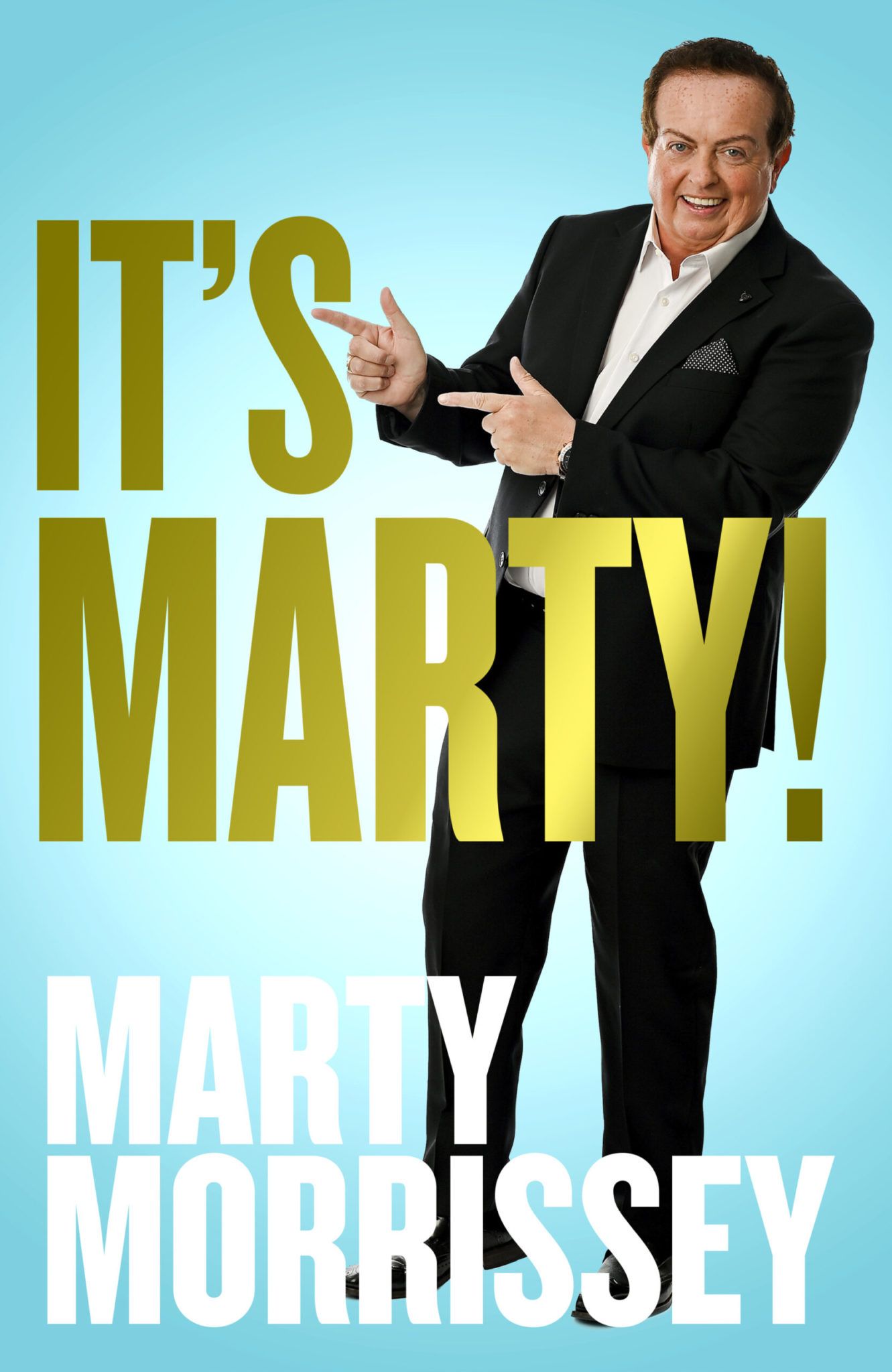 Born in Mallow, few voices are as instantly recognisable on Irish national radio or television than Marty Morrissey’s. The RTÉ GAA commentator has built up 32 years of experience and Morrisey’s autobiography offers an insight into one of the hardest-working sports journalists in the country today. Marty’s unforgettable 2016 All-Ireland hurling final introduction along with over three decades of interviewing the most famous names in Irish sport helps deliver an entertaining an insightful book.