LIAM Evans had a front-row seat to another memorable season for St James’ footballers.

2022 was the club secretary’s 38th year on the club executive, and he has seen plenty of highs and lows since he swapped Lispole in Kerry for West Cork in 1977 – but the last four years have been seasons to savour.

The club has won two Carbery junior A football titles, the historic first in 2019 and a second last season, and now the Ardfield/Rathbarry club find themselves in the Cork Premier JFC for 2023.

‘This year’s divisional win would rank up there with the best of them,’ Evans said.

‘It’s hard to beat 2019 when we won the West Cork junior A for the first time ever in the 120-year history of the club.

‘This past season, in fairness, with the age profile of the team, it would have been hard to see the 2019 players come back three years later and win another junior A. The year it was, to win the title again and to get promoted to premier junior for 2023, that’s the icing on the cake.

‘Nobody would have expected St James to go forward. We probably wouldn’t have expected it ourselves. It’s a fantastic year to be involved.’ 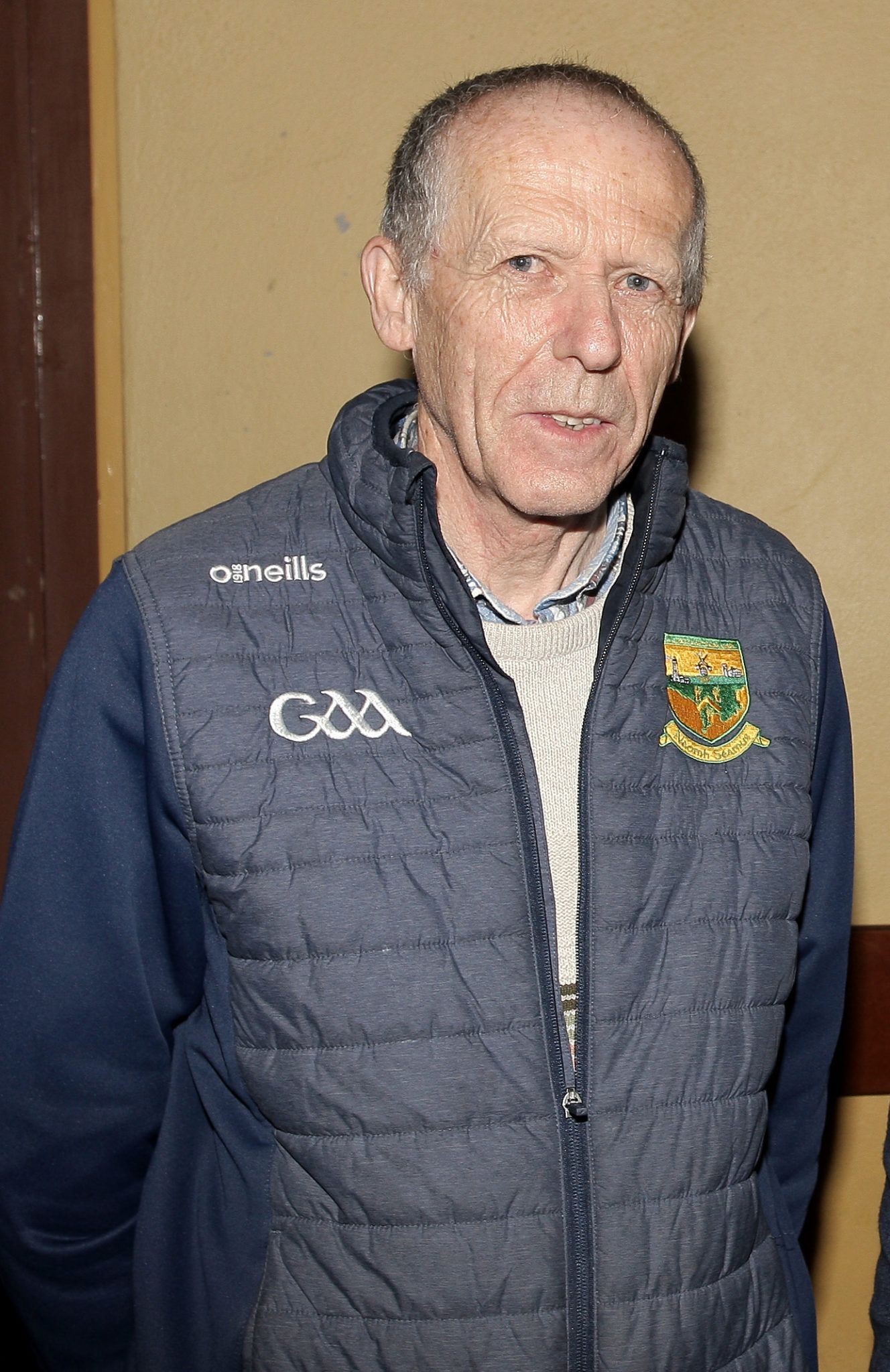 The St James team grew in confidence game by game as the season progressed, and Evans believed that’s what led them to the promised land in the revamped Carbery JAFC that included a group stage for the first time.

‘We went well in the league.We then lost to Mary’s 3-12 to 1-13 in our first group championship game, but we felt that they weren’t five points better than us on the day. We knew we had to win our next two games. We were two goals down against Castlehaven after five minutes but we came back and won by two or three points,’ Evans recalled.

‘After that the lads sat down and said we’re certainly good enough to win this out after coming back the way we played that day. We knew after the quarter-final (against Ballinascarthy) we were definitely good enough to go all the way.’

That belief was brought to the club by two coaches, including Evans’ fellow Kerry native Alan O’Shea. There was no denying St James in the business end of the Carbery JAFC as they beat St Mary’s and then Argideen Rangers in September’s final to hit the summit as champions.

‘There was a great belief instilled into the players by both football coach Alan O’Shea and I certainly have to give credit to the hurling coach Johnny Deasy. What they brought to the players, the self belief, the will to win,’ Evans explained.

‘The confidence level in both rubbed off and contributed to the lads reaching the final. It wasn’t just the football side to it. There’s a lot of mileage behind the players in the last few years. They never give up. Great leaders,’ the secretary added. ‘There are no stars. They are one massive group. Go everywhere together. They look out for each other. They are a tight-knit bunch.’

Being a junior A player demands hard work and commitment. Managing is quite difficult, too. The role of a club secretary is an unsung job, but critical in terms of keeping a club moving.

‘I enjoyed it more before than what I do now,’ Evans admitted.

‘Every night now you’re dealing with emails. There are more demands. There’s more stuff coming from the county board and Croke Park to be dealt with. You’re at the end of a mobile phone, and there’s no getting away from it.

‘I wouldn’t be involved today if I wasn’t enjoying it. It’s great to be part of the group. There’s more time taken up with fundraising and trying to keep the club afloat than in organising games. It’s getting tougher every single year, I find, to keep the club going. The number of volunteers is falling; they’re getting burnt out from the demands of the whole thing.’ 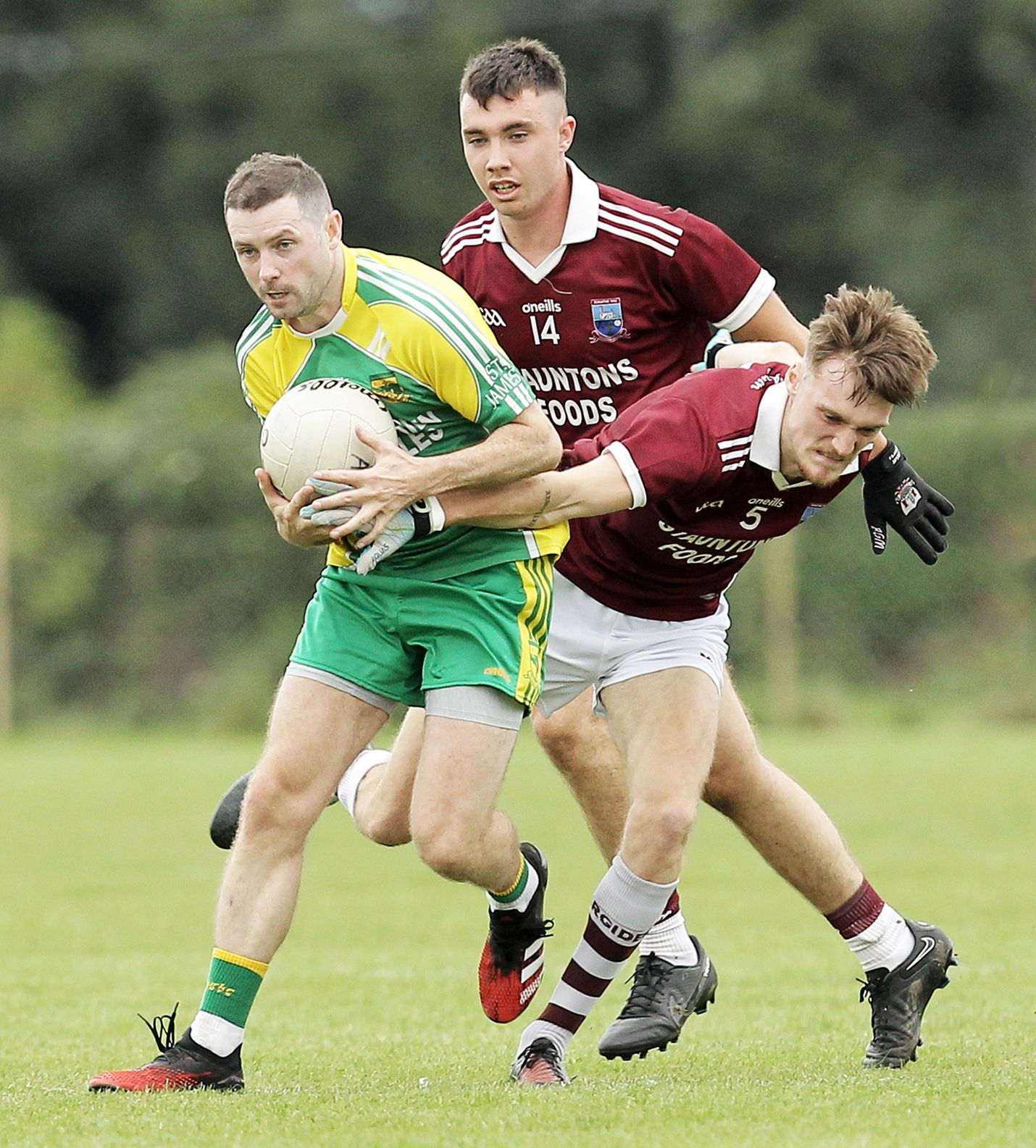 Evans remembers all the important cogs in the club down through the years though.

‘It’s not a one-man show, I can assure you,’ he said. ‘We had some great people over the years. Jimmy Butler, Niall O’Sullivan, Ray Whelton. There were many many more over the years. They’ve all had a huge input into the success.’

The secretary also has three sons on the panel. Goalkeeper Niall. Wing-forward Ian. Panel member Mark. A sense of pride is shown from their father to see his sons play vital roles in the club’s fantastic season.

‘I’ve been involved with them going back to coaching in underage at U12 and U14. They came through the club when they were seven or eight years of age. It’s great to see the three of them on the junior panels. A couple of them playing and coming on. You’d have to be delighted and proud of them, no doubt about that,’ he said.

For a rural club with no U20, minor or U16 teams, their 2023 county premier junior football championship journey should drive on their young guns.

‘The U20s, a few of those that hadn’t played for the last four or five years because we had no U21 or minor sides, they’ve come back now and joined up with the junior C team,’ Evans said.

‘We have great U15 and U13 teams coming through and very good teams too, well coached. They’re all looking up to these junior players and they want to be involved in it.’

A different adult competition has also been a driving force in winning this year’s junior A in the last few years.

‘The main thing that drove us over the line in 2022 was actually winning the junior C last year. It’s a fantastic competition. I think there were four of that team plus a lad who wasn’t eligible to play junior C. Five of them played on the junior A team (in 2022). That win in 2021 really brought them on and they had the belief to get on the junior A team. They stuck with it, the management gave them their chance and they didn’t let them down,’ Evans said.

It’s going to be a memorable campaign for the Ardfield club in the 2023 season, and they will be hoping for success.

‘We’re delighted to be there, and we’ll see how we’ll get on. We’ll struggle for the next two or three years with numbers until we can get our current U15 side into junior level. We’ll be going to places like Cullen, Cobh, Urhan, Kinsale, Buttevant. We can live with any of those teams. Our target is to stay and perform well up there and I have no doubt we can do that,’ Evans concluded.