Mark Salter-Townshend, Skibbereen Rugby Club President, making a presentation to John Hosford, one of the founder members of the club. (Photo: Anne Minihane)

ONE of Skibbereen RFC’s founding members, John Hosford, was the guest of honour as the club hosted a small function in their clubhouse to mark 70 years since the founding of the club.

Another of the founding members, John Wolfe, who is also Hosford’s brother in law, was unable to attend, but his contribution to the growth of the club was also recognised and celebrated.

Club chairperson Walter Young welcomed the guests, including a special welcome for Harry Love, now of Dunmanway RFC, who was also at that inaugural meeting of the club in the Town Hall, Skibbereen, on June 18th, 1951. 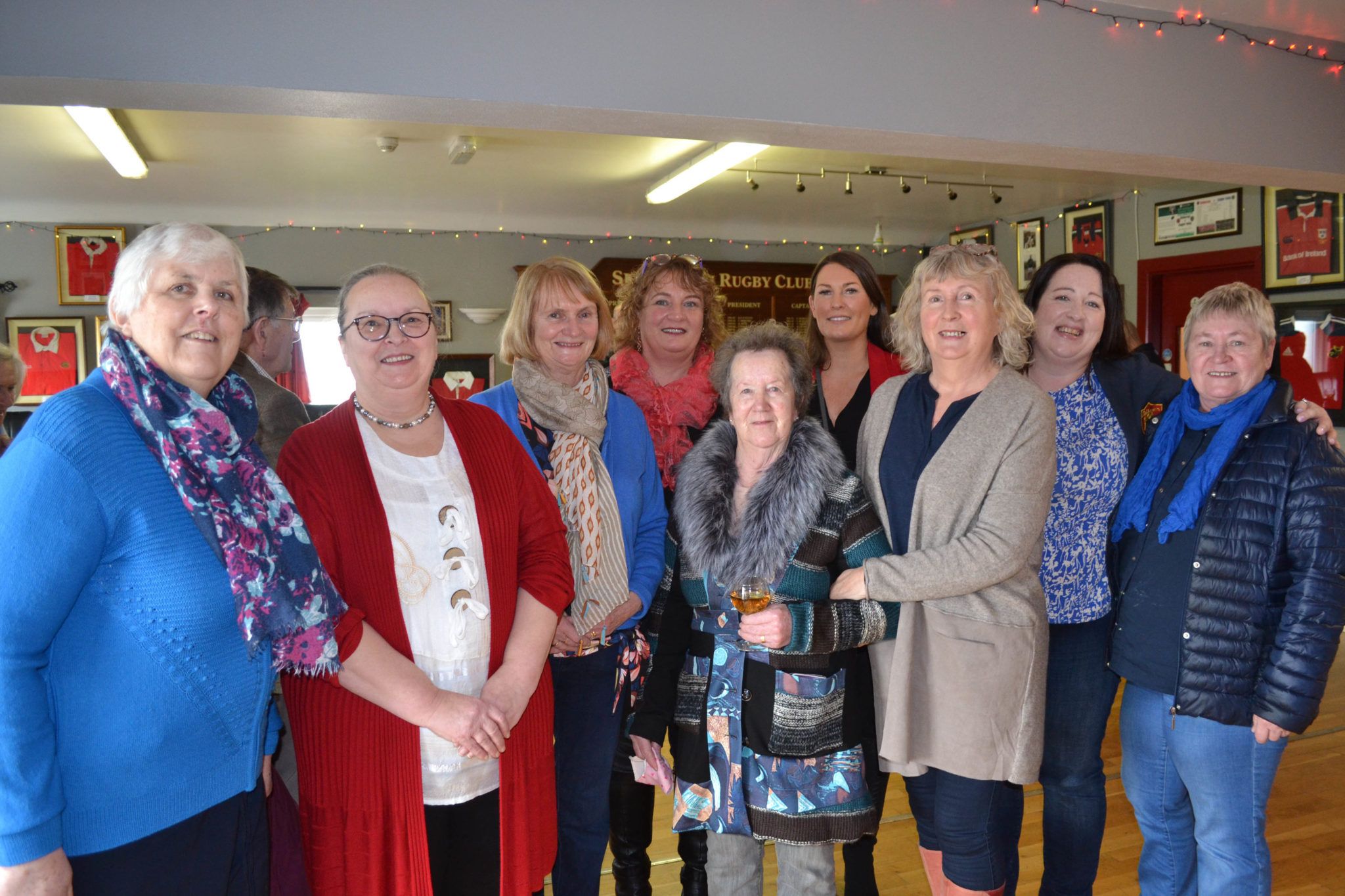 Skibbereen RFC President Mark Salter-Townshend spoke of the many advances the club has made during its short history, from togging out from the boots of cars in the Mardyke to the fantastic facilities of the new clubhouse and Showgrounds’ playing pitch.

The club now boasts underage teams from U8 to U18 for both boys and girls, as well as adult men’s and ladies’ teams.

Patron John Field outlined many of the highlights the club has achieved in its 70 years. He also pointed out how many of the club’s recent players have gone on to get representative honours in the red of Munster and indeed in the case of Gavin Coombes, the green of Ireland. Gavin Coombes is currently with the Ireland squad in the ongoing Six Nations while his first cousin, Liam Coombes, another product of Skibbereen RFC, is currently in South Africa with Munster for their two-game tour in the United Rugby Championship. 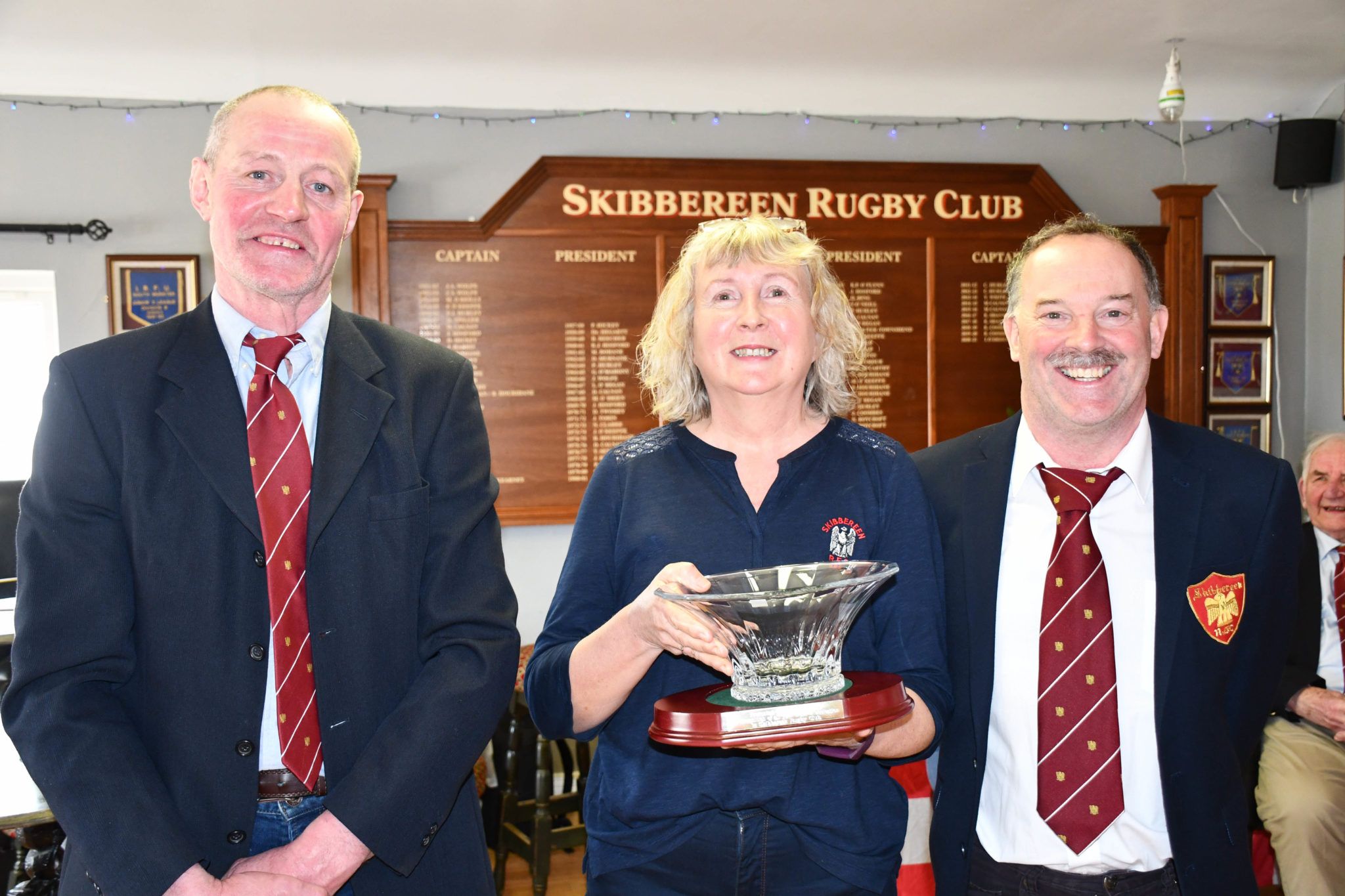 Margaret Coombes, who received a presetation for all the work she has done for Skibbereen RFC, pictured with Walter Young (chairperson) and Mark Salter-Townshend (president).

Walter Young then thanked all those involved in organising the celebration event which was attended by many of the past presidents of the club.

The event concluded with presentations to John Hosford and Susanne Hosford, who accepted on behalf of John Wolfe. A special presentation was then made to former club president Margaret Coombes in recognition of her Trojan work in the club for nearly 40 years. Margaret was also Skibbereen RFC's first lady president.

To cap a great day for the club, both the men’s and ladies teams went on to achieve important victories in the afternoon.