The Skibbereen U12 squad that made its U12 league debut at home to Drinagh Rangers and drew 5-5 last Saturday.

The WCSSL’s newly-formed U12 schoolgirls’ age-grade continues to go from strength to strength following another action-packed weekend of games. Top of last Saturday’s bill was a meeting of Skibbereen and Drinagh. The Baltimore Road side was making their season debut while Rangers had already played one fixture, a narrow loss at home to Castlelack.

Last Saturday’s meeting did not disappoint with the two teams having to settle for a share of the points following a marvellous 5-5 draw. Kayla Hodnett (2), Aoibheann Goulding (2) and Holly Humston fired in Skibbereen’s goals with Áine Collins (2), Katie Collins, Grace Kingston and Niamh Daly getting their names on the scoresheet for Drinagh. Áine Collins, Grace Kingston. Niamh Daly and Ciara Lennon were the pick of Rangers’ top performers on an afternoon Hannah O’Driscoll, Cliona Herlihy, Erin McCarthy and Aoife Lynch played superbly for Skibb. 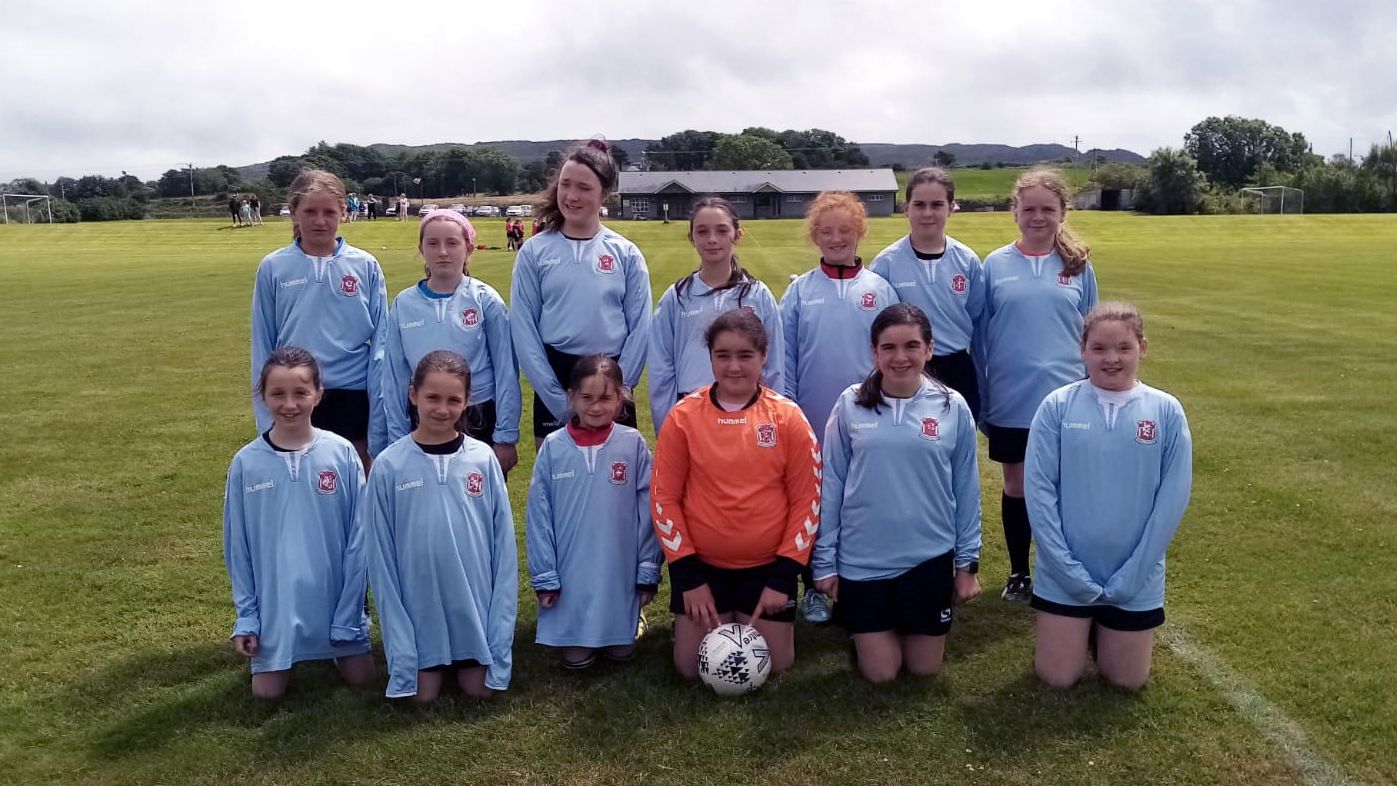 The Drinagh Rangers U12 team that drew 5-5 with Skibbereen U12 in the U12 League at Canon Crowley Park last Saturday.

Not to be outdone, Bantry Bay Rovers marked their first foray into the U12 Schoolgirls League with a hard-fought win at home to Castlelack. Last Saturday’s meeting proved an entertaining affair with Rovers running out 4-2 winners in Kealkill. Castlelack contributed much to a free-flowing encounter with Evanne O’Sullivan netting twice. Bantry Bay took all three points on offer thanks to a Michaela O’Sullivan hat-trick and additional Claire Healy strike.