The Skibbereen U16 squad that won the 2022 SuperValu West Cork Schoolboys and Schoolgirls League U16 Schoolboys Cup.

SKIBBEREEN AFC’s Academy enjoyed a hugely positive 2022 and can look forward with optimism to the 2023 SuperValu West Cork Schoolboys and Schoolgirls League campaign.

The Baltimore Road club continues to cater for a growing number of aspiring West Cork players across numerous age-grades. Encouragingly, 2022 proved a productive year, not least the successful fielding of U12 and U14 schoolgirls’ teams.

Although they didn’t claim any silverware, establishing young teams in the competitive WCSSL age-grades bodes well for schoolgirls football in Skibbereen and the surrounding areas.

Club stalwart John Allan has played a pivotal coaching role in ensuring Skibbereen U12 and U14 schoolgirls, as well as Skibb’s U12 schoolboys, continue to develop and represent their club with distinction.

At schoolboys level, Skibb finished a creditable fourth in the U12 Premier League behind champions Inter Clonakilty, Castlelack Celtic and Kilgoban Celtic. Yet, a talented squad saved some of their best performances for 2022’s SuperValu U12 Cup. Victories over Drinagh Rangers (3-0), Castlelack United (4-1) and Sullane (1-1, on penalties) qualified Skibb for the 2022 U12 Cup decider. A solitary Darragh Crowley strike earned Skibb a 1-0 victory over Castlelack Celtic and the U12 Cup trophy.

A young Skibb team completed all their fixtures in an ultra-competitive U13 Schoolboys Premier League and where Diarmuid Bohane, Evan Collins, Daneil McCarthy, Kevin O’Donovan and Aodh Whooley found the net.

Skibbereen Eagles remain in the hunt for the U14 Premier League title and sit one point behind leaders Dunmanway Town heading into the New Year. A league and cup double remains a possibility but the Eagles will have to overcome Ardfield (semi-finals) and Kilmichael Rovers (final) to achieve that goal. Also at U14 level, Skibb successfully fielded a second team, Skibbereen Dynamos, in the U14 Schoolboys Championship. A third-place finish behind champions Beara United and runners-up Ardfield was just reward for a young Dynamos side that was unlucky to exit the SuperValu U14 Cup following a narrow 1-0 quarter-final loss to Beara. 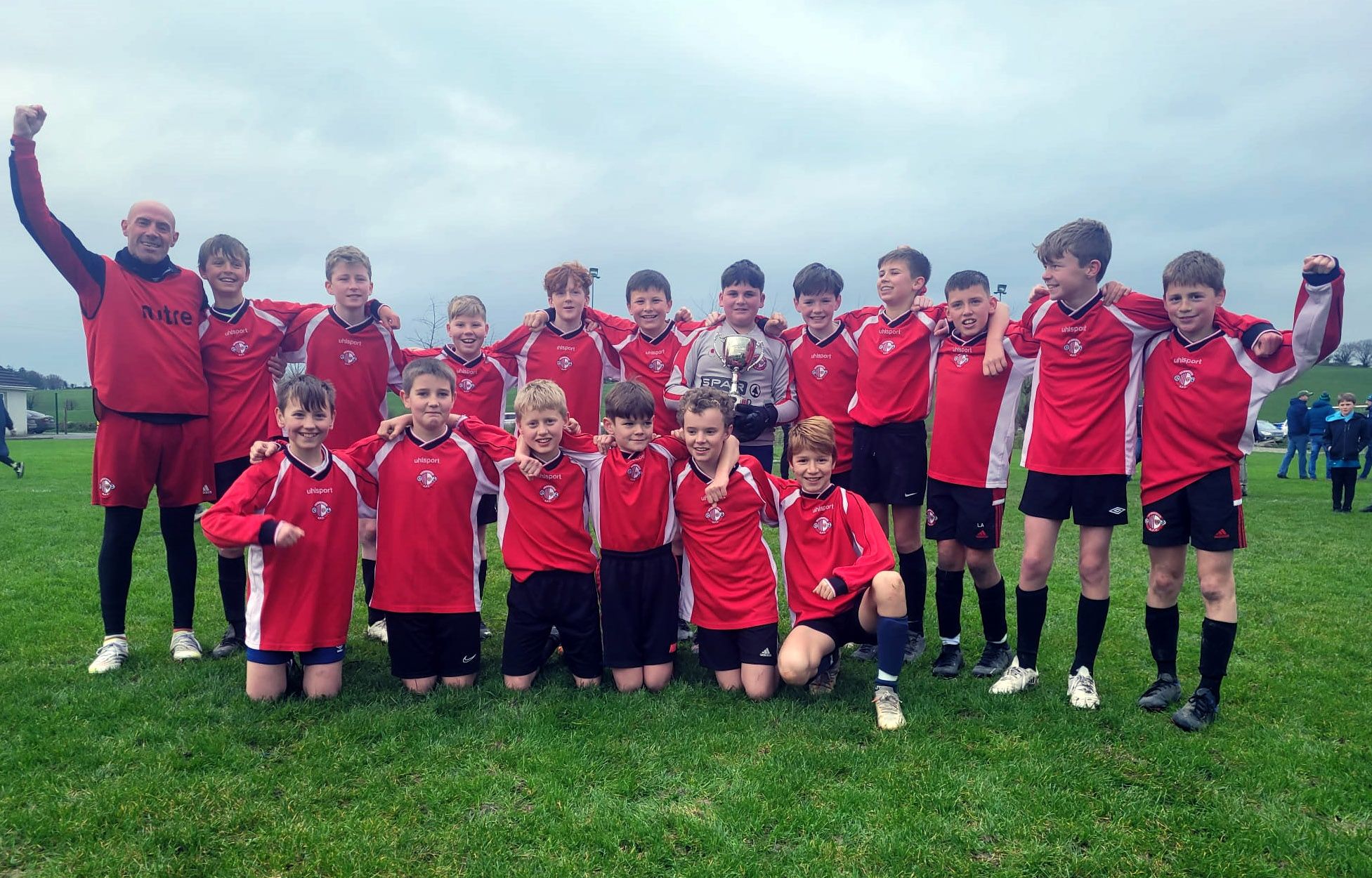 Tellingly, the Baltimore Road club also dominated the WCSSL’s U15 and U16 age-grades throughout 2022. Both the SuperValu U15 and U16 Premier League titles have been claimed with U15 and U16 Cup and Trophy finals to look forward to before season’s end.

Kevin O’Brien has overseen Skibbereen’s U15 and U16 successes and been delighted with both squad’s application over the past twelve months.

‘Our U16 squad has just ten players on the age and relied on the assistance of members from the U15 squad to make up the extra numbers this season,’ O’Brien told The Southern Star.

‘They have all played important roles in our success. For boys on the age, this U16 WCSSL title represents their first success during their time playing schoolboys soccer for Skibbereen.

‘The 2022 season isn’t over yet either and there are two more competitions up for grabs. Kilmichael Roves are our opponents in the U16 Schoolboys Cup final. Drinagh Rangers will be the opposition in the U16 Schoolboys Trophy semi-final. An historic treble could still be on the cards for the boys from Baltimore Road.’

Despite positive results in both the U15 and U16 age-grades, 2022’s WCSSL summer season proved a sometimes challenging road to navigate with GAA and soccer calendars clashing.

‘Four GAA clubs are represented within the Skibbereen U16 squad and as a result, we’ve not had enough numbers to train consistently,’ O’Brien admitted.

‘Despite some roadblocks, there has still been an unwavering commitment from the boys to balance both sports and for some in multiple age groups, U15 and U17, a number of others also hurling for their clubs.’

Success at U14, U15 and U16 level does not happen overnight. O’Brien is quick to pay tribute to the hard work and commitment of the Skibbereen AFC club’s entire coaching staff.

‘While my title is manager of the U15 and U16 schoolboys teams, both have the same coaching staff to work alongside me with responsibility and input divided equally,’ O’Brien added.

‘All staff are juggling work and personal lives as parents but they’re also involved in coaching multiple teams within the club. Jeff Heaton-Jones manages the Skibbereen AFC junior (adult) team along with his role as U15 and U16 schoolboys coach.

‘Jerry O’Brien manages Skibbereen Dynamos U14s along with coaching at U15 and U16 level and refereeing in the WCSSL and WCL leagues. Garry O’Sullivan and Bernard O’Donovan both coach at U15 and U16 level having come on board for the first time this season. As for myself, I manage both the U15 and U16s, and also manage Mizen Hob B in the WCL Championship plus assisting with Mizen Hob A whenever I am available.

‘Jerry, Jeff, Garry and Bernard’s experience has been hugely important and played a key role in the boys' progression and success they’ve achieved so far this season. The coaches have brought their own unique styles and expertise to provide the best possible environment for Skibbereen schoolboys to train and play in.’

Skibbereen AFC hoping to build on club’s success in 2022