Roibard O'Dwyer pictured at Urhan NS in October 2019 as All-Ireland cups went on a tour of Beara.

RIOBARD O’Dwyer will be rightly remembered as a legend of Beara GAA.

Extremely popular in sporting circles, the Beara GAA President (87) passed away on Wednesday after a short illness.

‘Riobard was an amazing man who has left an indelible mark on Beara GAA,’ said Beara PRO and Cork PRO Joseph Blake.

‘He was a great sportsman and was the goalkeeper on the Beara team that won the 1967 county senior football championship and that team went on to win the Munster club championship that year as well.

‘Riobard was also a seven-time All-Ireland hop, step and jump champion, which would be better known as the triple jump.

‘Outside of sport, he was also a great historian and genealogist.’

Born in Detroit, Michigan, Riobard was just three years old when his parents, Liam and Ella Mae, returned to Ireland and settled in Ardgroom village on the Beara peninsula.

From there, Riobard went on to become an influential figure in all aspects of life in Beara, as he was also a primary school teacher, spending 39 years between Kilmacowen and Urhan schools.

GAA and athletics were his sporting loves. Looking at athletics for a moment, there’s that incredible day in the early 1950s at the Adrigole Sports when Roibard won the 100 yards, 220 yards, 880 yards, the high jump, long jump and hop, step and jump events.

On the football front, he started playing with Urhan in 1951 and played his last match with them 39 years later. Then came recognition with the Beara divisional team. Riobard was also involved in the administrative side of the GAA and was Beara secretary on three different occasions. A renowned accordion player, he would play the national anthem at the end of Beara GAA Conventions. He also wrote the book, 50 Years of Beara Football, an invaluable collection of Beara GAA. 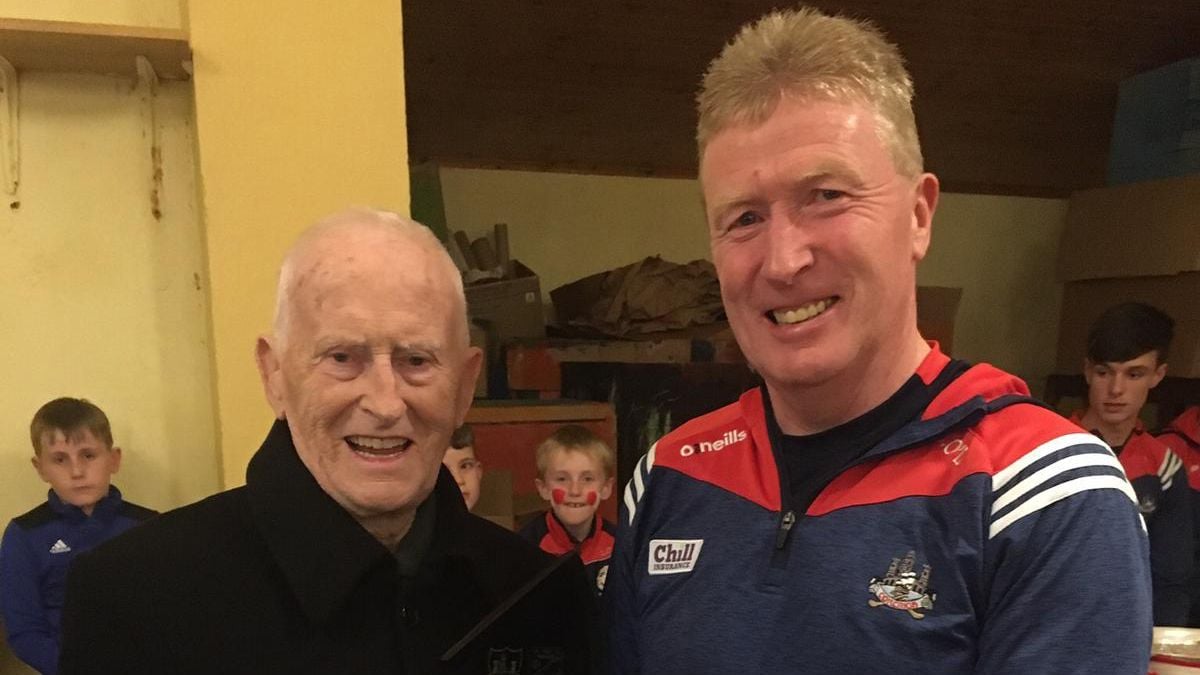 ‘As Beara GAA President, he would go to all the monthly meetings and he would be constantly on email and on the phone making sure he was kept up to date on proceedings in Beara,’ Joseph Blake said.

‘Roibard took enormous pride from the success of the Cork minor footballers last season when they won the All-Ireland as his son, Bobbie, is the manager. When the All-Ireland cup came on tour in Beara last October, Riobard spent the day going around with the touring gang, and he made presentations to those involved, including to his son Bobbie.

‘He’ll be remembered as one of the Beara greats.’