CIARA O’Sullivan is turning heads with the Cork senior camogie team this season.

The Newcestown teenager caught the eye in Cork’s recent successful Munster senior championship campaign with boss Paudie Murray impressed by what he has seen from the talented forward.

‘Munster has been good to Ciara, she’s had two games and she has played very, very well,’ Murray told the Star.

‘She is only 19 years of age so people must take that into account. She will have ups and downs, but we’re very happy with what we are seeing and how she is developing.’

This is just O’Sullivan’s second season on the Cork senior panel and her first year (2020) was disrupted by Covid, so it’s this campaign where she is really finding her feet – and she’s flourishing.

In both the league and Munster championship, the 19-year-old saw plenty of action, and her performances at wing forward in the provincial series – she scored 1-0 against Limerick and 1-1 v Limerick – puts her firmly in the conversation to start in this Sunday's All-Ireland championship opener against Dublin at Páirc Úi Rinn (2pm).

While the national league didn’t go Cork’s way, it was still a valuable learning curve for the rising Newcestown star.

Life has been hectic but the UCC second year finance student is enjoying it all.

‘I was really grateful for the experience I gained during the league,’ O’Sullivan told The Southern Star.

‘That was my aim coming into this year so the fact I was starting matches was a huge bonus. I was delighted to feature so often and have learned a lot. I couldn’t have asked for more game time than I got and am thankful for that.

‘I had only come out of minor two years ago and was straight into a senior high-performance set-up where I was one of the youngest players. Then Covid hit and I didn’t really get much of a look in. This year was when I began to learn and develop as a player.’

O’Sullivan is not your average Cork senior camogie player. She is already a two-time All-Ireland minor winner (2018 and 2019) and was player of the match in Newcestown’s 2019 county intermediate final win, as well as owning a Black Tip belt in taekwondo. She means business on and off the pitch.

She might be a relative rookie in the senior Cork camogie set-up – and was the youngest player on the panel in 2020 – but knows what it takes to be successful at inter-county level having claimed back-to-back All-Ireland minor titles with her county.

The Newcestown woman knows, too, what’s needed to make it the top of her chosen sport or at least thought she did before moving into an intense high-performance environment with the Cork seniors.

So how has she found the mental pressure of moving from minor to senior?

‘To this day, even when I walk into the Cork dressing room and see the likes of Amy O’Connor, Laura Treacy and Ashling Thompson, I have to take a step back and realise where I am!’ O’Sullivan said.

‘I agree that the mental jump from minor to senior is absolutely huge. No one talks about it. No one talks about how much goes into turning up half an hour before every single senior training session or about eating the right food two or three days before a match. There is a lot more to it than the underage set-up.

‘You have to be constantly aware of so many things which is great really because no stone is left unturned when it comes to playing for the Cork seniors. This year, I’m realising how much I’m taking on compared to when I played underage and minor.’ 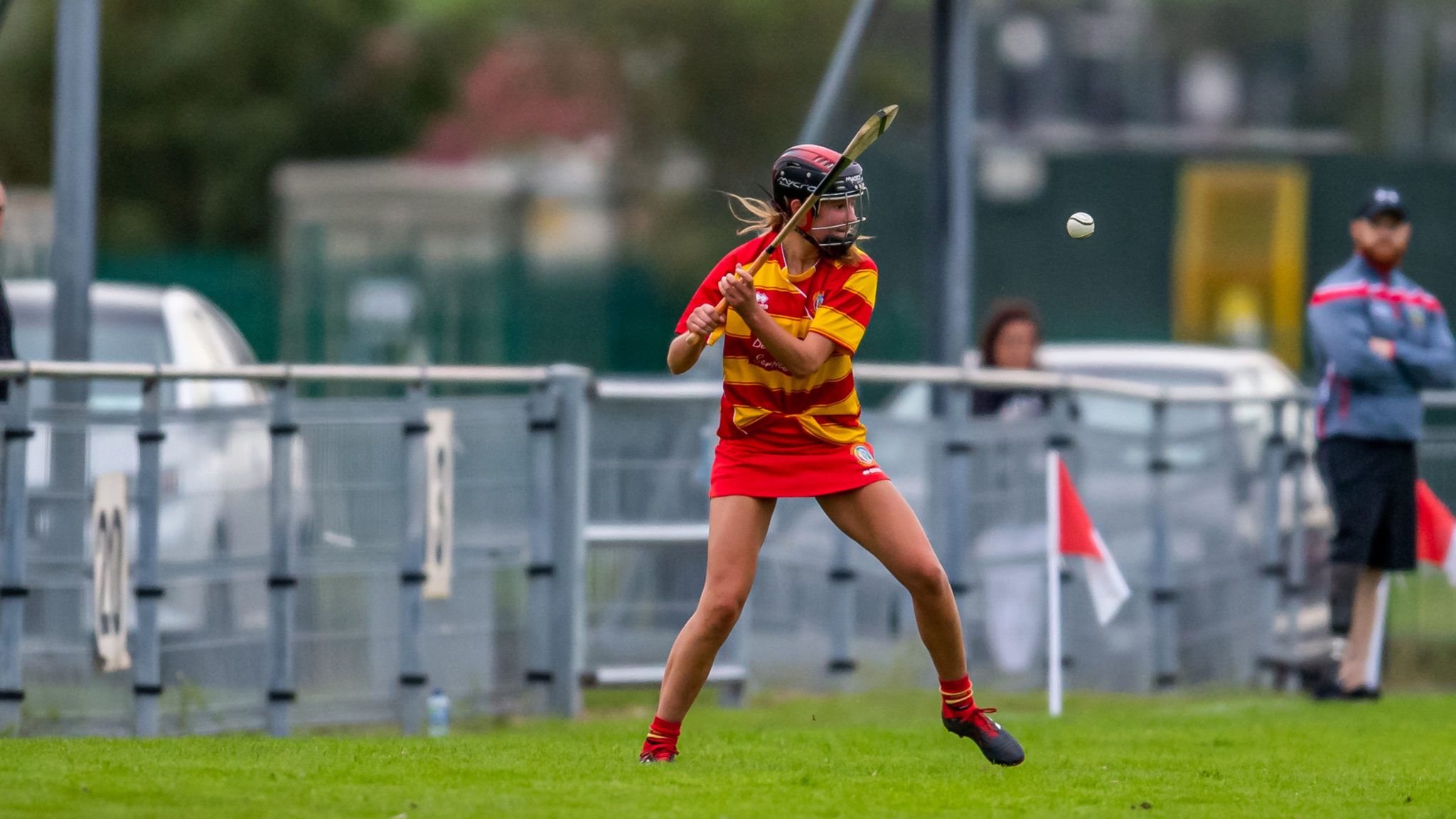 Cork forward Ciara O’Sullivan in action for her club Newcestown.

With their national league and successful Munster championship campaign behind them, Cork’s senior camogie team’s focus has turned towards the All-Ireland championship. Beginning with Dublin on Sunday, Cork will also face Down and Waterford in the group stage.

Cork will still need to produce three consecutive performances of the highest quality but the lack of a Kilkenny or Galway in the opening group phase means O’Sullivan and her teammates will miss out on what would have been a useful test against two of this year’s other All-Ireland contenders.

‘It’s dangerous for anyone to assume Cork are just going to turn up and win our next three games,’ O’Sullivan said.

‘Personally, I would have liked to have faced a Kilkenny or Galway just so we could get another tough match under our belts. It would have been beneficial to play either of those two teams.

‘Having said that, the only thing Cork can concentrate on right now is the next game against Dublin. We cannot take our eye off that match and the challenge Dublin will pose. The same goes for Down and Waterford when we come to play them.’

Once again, matches are coming thick and fast because of this year’s reduced camogie league and championship structure.

Cork are coming off a welcome Munster championship success and O’Sullivan is a fan of the current format because it means more games over a short period of time.

‘I don’t know how the other girls feel but I really like it (camogie championship structure) anyway!’ O’Sullivan said.

‘To be fair, I am new to the Cork senior panel and wasn’t there when they would previously have had to deal with long gaps between their championship matches. Experiencing a rush of matches is normal to me.

‘Playing league and championship during the summer is great, too. Having all these matches helps bring focus to our training sessions as well. The other thing is playing so many matches doesn’t give you time to be dwelling on what’s just happened.

‘You have to switch focus to your next game as it might be only four or five days away.

‘Look, I’m really enjoying the experience of playing senior for Cork. I’ve worked so hard to get here. Right now, all my focus is on Dublin and no one on the Cork panel is looking beyond that game.’

O’Sullivan has adjusted well to life at senior inter-county level and she’s keen to push on now and show what she is capable of, starting this Sunday against Dublin.