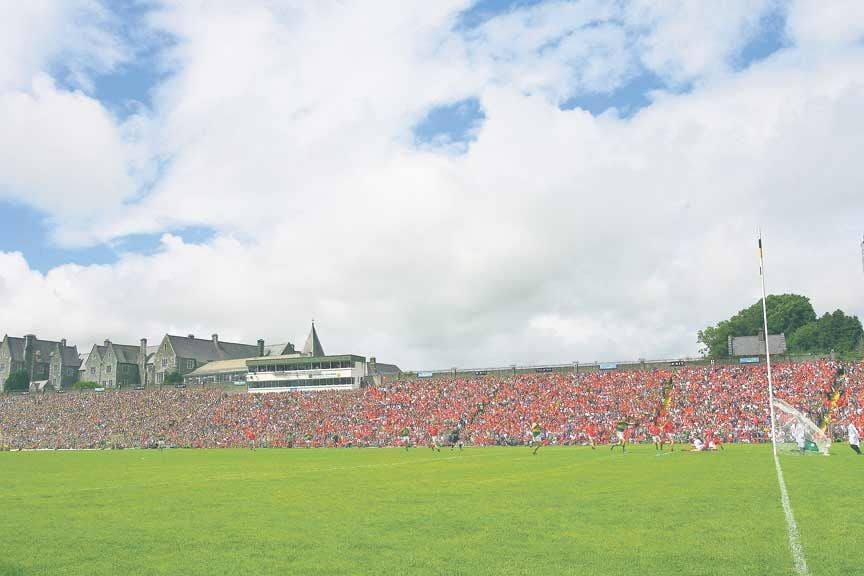 ‘KERRY propaganda’, Billy Morgan called it during the week, a barb aimed at the noises emanating from across the county bounds ahead of Saturday night’s sequel.

The popular consensus is that Cork, unlucky not to have scalped the All-Ireland and Munster champions in the drawn final, have left their best chance behind them, and that Kerry will regroup, learn and evolve to finish off a job that they were expected to win at the outset.

Morgan’s having none of it, insisting Cork still have ‘a great chance’ of bringing an entire Kingdom to its knees this Saturday night – and he’s not the only one who feels that this is far from a foregone conclusion.

Last Saturday night I made the trip to Mallow to, what many felt, watch the all-conquering Cork ladies’ senior football team collect another trophy, and what would have been their 11th Munster senior title since 2004.

The Kerry ladies, a distinct second best to Cork over the past decade, read the script, didn’t like it, tore it up, and proceeded to give Cork a football lesson. Kerry won 2-13 to 2-4 – Cork’s biggest defeat under Eamonn Ryan since he took charge in 2004.

What was noticeable last Saturday night was the fight, desire and determination of the Kerry ladies, they wanted it more than Cork, if we measure it on the ‘wanting-it-more’ scale.

This Saturday night in Killarney there’s no reason that Cork can’t do likewise and spring what still would be a surprise triumph, but this replay hinges on one crucial element – it depends on which Cork team shows up.

The inconsistency of Cork football teams has been consistent, and therein lies the key to this weekend. Cork can be brilliant, confident and fast, like we saw in the drawn game, or the Rebels can stink the place out, like we’ve seen in a couple of big games of late.

Kerry being Kerry will improve from the drawn game – the question there is how much – but so much depends on the Cork team that takes to the field in Killarney. If it’s the Cork that we saw Sunday week ago, then game on and it’s wide open.

If it’s the Cork that stuttered in the Division 1 league final against Dublin, then it could be a long night at Fitzgerald Stadium for the team and its travelling support. (I have a feeling it will be the former, not the latter)

This is an even bigger challenge for Cork than before the drawn Munster final because after watching this team finally show its potential, fans, naturally, want more and to see more of the same.

That’s the challenge now – to knit back-to-back performances together and show that the first day out wasn’t a fluke.

Eoin Cadogan, Alan O’Connor, Colm O’Neill, Donnacha O’Connor, Paul Kerrigan, Paddy Kelly, these leaders need to stand up and go again, and there’s no reason why they won’t and why Cork can’t improve on what they showed in the drawn game.

Think about it for a second, Cork went toe-to-toe with the All-Ireland champions and were better than them. There’s huge confidence and belief to take from that. The younger guns and fresh faces – Brian O’Driscoll, Kevin O’Driscoll, Stephen Cronin, Barry O’Driscoll and so on – will be better players for the experience. They’ll relish this challenge. No fear, bring it on.

The opening few minutes will be crucial as Kerry will look to lay down a marker, but if Cork produce a similar start to the drawn game, then we’ll have a hell of a game on our hands.

Of late these Cork v Kerry games in Killarney have developed a pattern where Kerry build up a first-half lead and Cork roar back in the second half. But Cork can’t let Kerry race away from the start line on Saturday – it’s asking too much to repeat the same trick, especially when Kerry’s tactics will evolve from two weeks ago.

Again, the popular opinion is that Alan O’Connor and the Cork midfield won’t enjoy the same dominance this weekend like in the drawn match, but I’m not sure how much Kerry will improve overall in just two weeks. Cork looked physically sharper, stronger, faster and fitter in the draw. The addition of Pat Flanagan was a real coup for Cork.

Even if David Moran, Anthony Maher and Bryan Sheehan see more of the ball in midfield, what’s crucial is how Cork use the ball when they have it, and how they expose that suspect Kerry defence that is there for the taking, again.

It will be interesting to see what changes Kerry make at the back, but the fact remains that if you run at the Kingdom back line you can cut them open – Cork have now scored six goals in two games against Kerry this year, and threatened even more.

If Cork score three goals on Saturday night, then a shock is on the cards.

This is a Cork team that can score goals, racking up 16 throughout the league, while Kerry conceded nine in seven games, and generally the defence has looked shaky.

Colm O’Neill scores goals, so too can Brian Hurley (he’s struggling for form right now and Cork need to see a lot more from him), while the Rebel runners will cause Kerry problems again.

It’s nicely set-up for another cracker in Killarney in a game where Cork will be the decisive element, not Kerry. The expectation is back on the Kingdom, and that’s just what Cork want, but if – and it’s the big ‘if’ – Brian Cuthbert’s men show the same work-rate, fight and heart as they did two weeks ago, then they won’t make the same mistake twice.

As Billy Morgan suggested this week, Cork still have a great chance to topple Kerry, once they show the same belief we all saw in the original.

The stage is set, with Kildare awaiting the loser in the qualifiers the following weekend, and Dublin looming on the horizon. Forget the 20 years since Cork last won a championship game in Killarney, there’s far more than that at stake this Saturday.

• It’s worth nothing that while the lights will go out for either Cork or Kerry, in Munster championship terms, this Saturday night, the lights could also go out on the game, unless it’s a bright summer’s evening in Killarney, and not this gloomy, rainy muck we’ve been bombarded with of late. A 7pm throw-in for a stadium that has no floodlights in another washed-out summer could spell trouble on Saturday evening. Hopefully, the weather gods will smile kindly on us, for once. Extra-time would bring a whole world of problems, however.