SO, is the glass half full or half empty at the conclusion of new Cork senior camogie manager Matthew Twomey’s maiden National League Division 1 campaign?

There is no doubting that the recent capitulation in the league final to Galway was a disappointing result. The Tribeswomen have won their last five competitive games against the Rebels, including the 2021 All-Ireland final.

Cork led 0-10 to 0-7 at half time and deserved every bit of that lead in Croke Park. Hungry, tenacious and driven forward by excellent Ashling Thompson and Saoirse McCarthy displays, Cork tore into the All-Ireland champions, who struggled to mount a response. Add to that an Amy O’Connor goal to open up a six-point lead and it is all the more perplexing that Cork couldn’t see out the final two quarters.

True, Galway needed the impetus of substitute Carrie Dolan (who finished with 1-4) to turn the tide in their favour. But the truth is that Cathal Murray’s side capitalised on Cork’s mistakes and increased lethargy to storm to victory.

Was it a case of Cork tiring or Galway having a stronger bench that led to the Connacht side’s win? The answer is a bit of both and the match statistics (courtesy of @gaa_statsman) back up those theories.

Cork lost despite having a better scoring average, 70 percent (14 out of 20 shots) compared to Galway’s 61 percent (16 out of 26). But a more telling statistic is that Cork only managed three points, two of those were frees, in the entire second half following O’Connor’s 31st minute goal. In contrast, Galway amassed 2-7, and 2-5 of that came from players introduced off the bench. 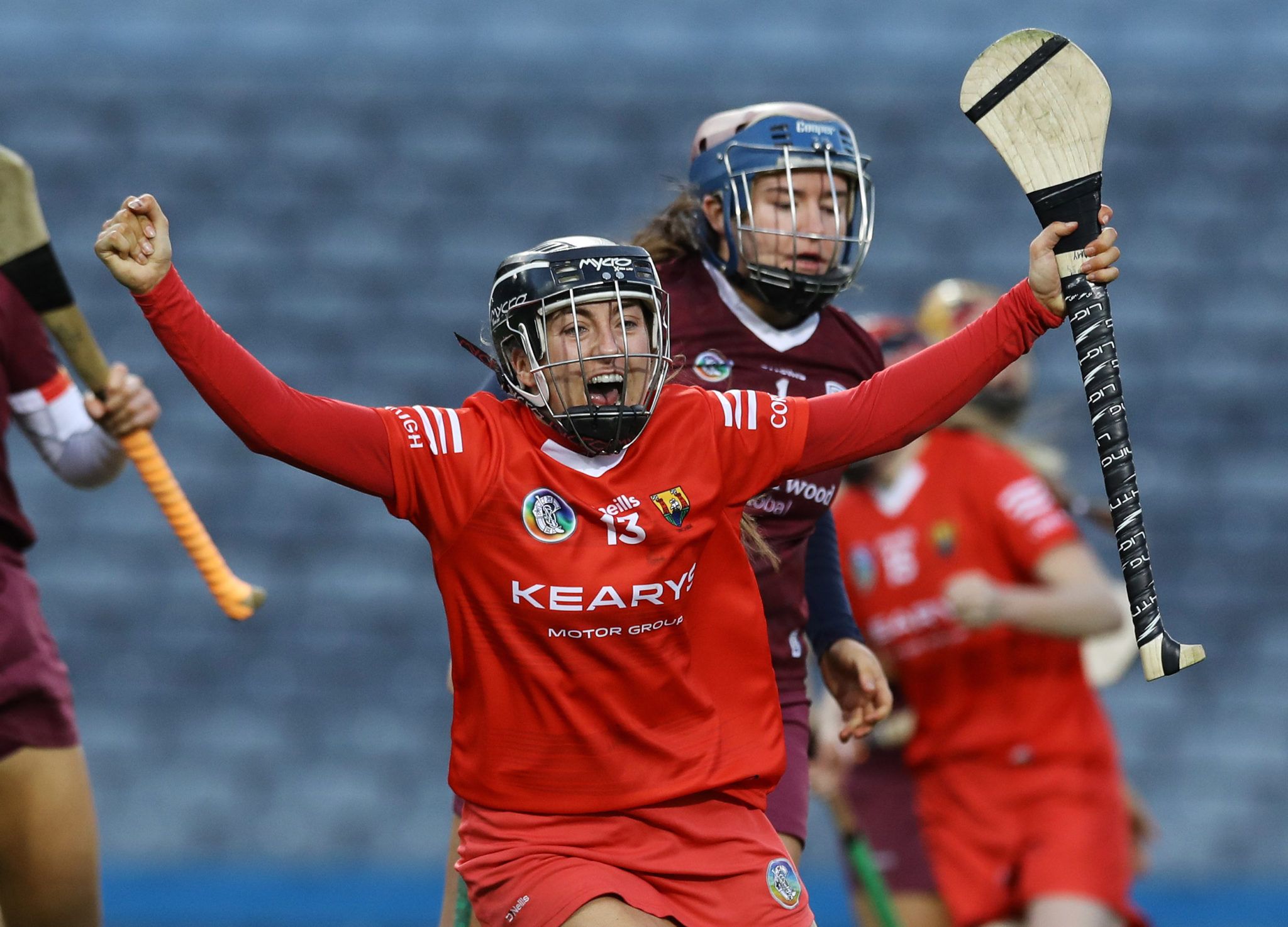 Cork's Amy O'Connor celebrates scoring a goal in the final.

The stat that leaps out the most from Saturday’s league final, however, refers to turnovers. Galway grabbed possession off of Cork on 36 occasions compared to their opponent’s 29. Those turnovers were crucial in the second half when Galway got on top and put pressure on the Cork puck out.

Looking back over Cork’s entire league campaign, their path to this year’s Division 1 final showcased some of the 2022 panel’s strongest traits.

Shaking off the cobwebs of their opening win in Clare, Cork obliterated Limerick in cut-throat fashion before facing Kilkenny in monsoon conditions at Páirc Uí Chaoimh. Gaining the draw they required to reach this year’s league decider, Cork were pushed to the limit by a Kilkenny side desperate to avenge their 2021 All-Ireland semi-final defeat.

That was the day new manager Matthew Twomey found out about his senior panel’s character and ability to perform under pressure. The Kilkenny match was a league fixture played at championship intensity. When questions were asked, Cork provided the answers against a fellow All-Ireland contender, albeit failing to register a win. 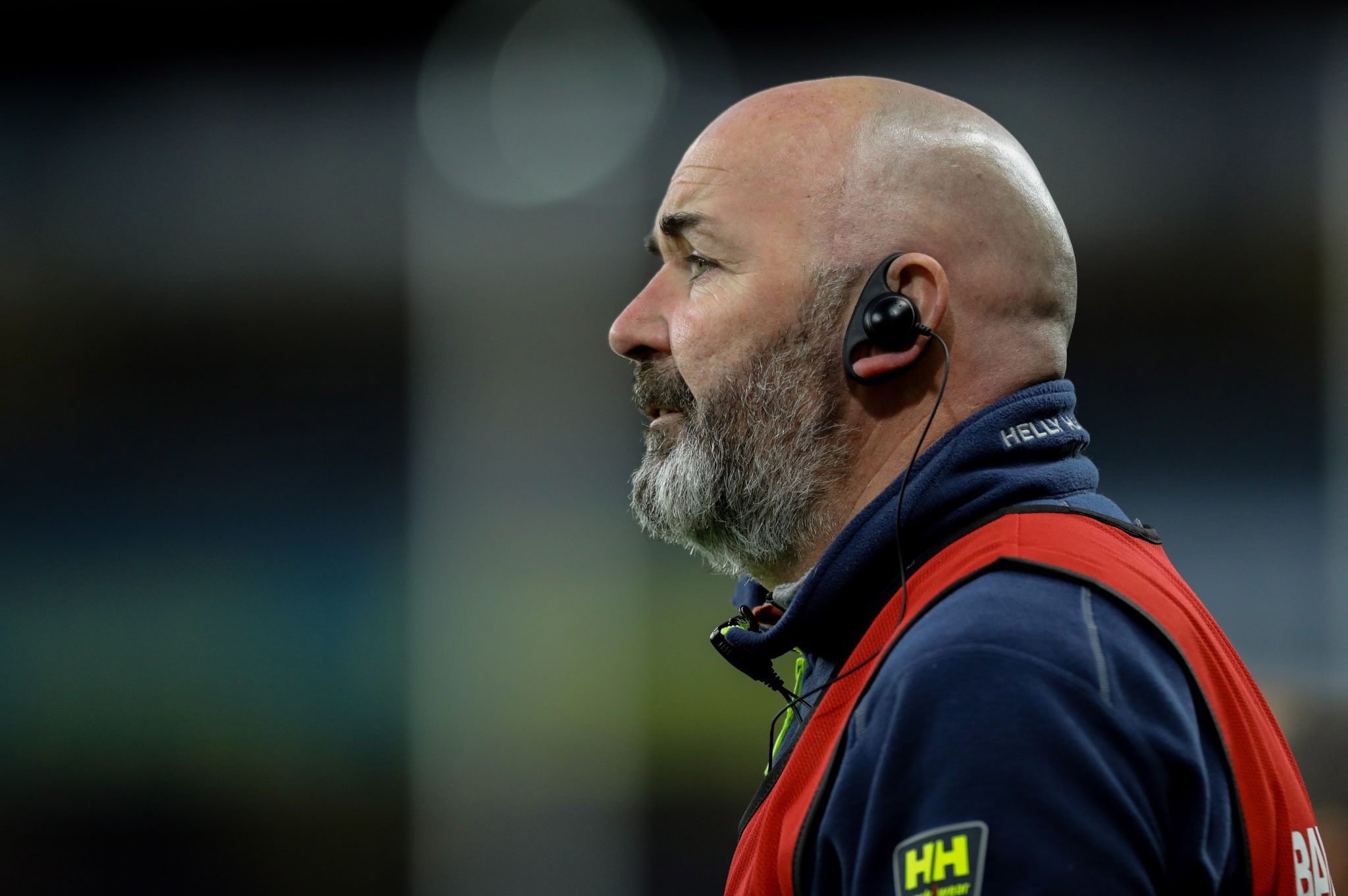 As with his new Cork LGFA senior manager counterpart Shane Ronayne, Mathew Twomey has been without seasoned campaigners, like Pamela Mackey and Hannah Looney, throughout this year’s league. Orla Cronin and Fiona Keating have been two additional injured absentees resulting in an unfamiliar Cork line-up.

Ten new players made their senior debuts during the league and seven of those played a senior match in Croke Park for the first time this past weekend. There is plenty for Cork camogie to be positive about. Amy Lee, Ashling Thompson, Cliona Healy, Meadbh Cahalane and Saoirse McCarthy have played well in the early months of the year and look set to play important roles in Cork’s season. This panel will also be strengthened by the return of some of the aforementioned absentees.

The Cork senior panel returned to training earlier than usual following their 2021 All-Ireland final loss to Galway. Twomey’s promotion to the senior manager role was well received, as was Davy Fitzgerald’s arrival by a panel of players desperate to atone for failing to land an All-Ireland title the previous year.

The foundations laid down by previous manager Paudie Murray have given Twomey plenty of raw material to work with.

Cork have played well in patches so far this year despite failing to overcome Kilkenny or Galway. Those two, along with Cork and Tipperary, are the quartet expected to challenge for the O’Duffy Cup.

It was interesting to hear Twomey namecheck Waterford, Wexford, Dublin and Clare as dangerous opponents (along with Tipp) in Cork’s All-Ireland qualification group during his after match press conference on Saturday night. The Cork manager’s belief is that there are no easy games in that group and that he will need his strongest available 30 players to be certain of claiming an All-Ireland quarter-final let alone a semi-final berth.

Cork are contenders for this year’s All-Ireland, no question, but they are still in the chasing pack, behind Galway, following the conclusion of the league.

Hannah Looney and Orla Cronin’s return would immediately upgrade Twomey’s midfield and attacking options. Ashling Thompson has been in magnificent form and her partnership with Looney would make Cork a much more dangerous proposition around the middle of the pitch.

Orla Cronin has unfinished business from 2021 which saw the talented forward only make the All-Ireland team at the eleventh hour following an appeal against a red card. Not that Cronin needs any extra motivation, but one of the best forwards in the country will be as desperate as any of the Cork panel to go one better in the All-Ireland championship.

Twomey’s new-look panel has shown flashes of brilliance in the past few months and enough quality in the draw with Kilkenny and defeat to Galway to suggest they have a realistic shot at winning an All-Ireland. That’s all you can ask for at this time of the year.