Randal Óg's Cian O'Neill races away from Glengarriff's Eoghan McElhinney during the Bon Secours 2020 JBFC round three tie at Drimoleague.

A GOAL immediately after the first water break was the score that set Randal Óg on their way to victory in this recent Bon Secours 2020 junior B football round three game in Drimoleague.

The difficulties small clubs like Glengarriff have in fielding 15 fit players was shown when the game had to be held back for 15 minutes, with Randals’ sporting agreement, as two vital members of the Glen team were delayed on their way to the game from Tipperary. The Beara side refused to let that rattle them and they actually got off to a great start against the breeze with a point from Denis Collins and a cracking goal from one of the late arrivals, Conor Galvin.

The Glen roused themselves again before the water break with scores from Cathal O’Sullivan and Sean McCarthy (free) to level the game but O’Neill had the final say, making it 0-7 to 1-3 at the water break.

Randal Óg struck a vital blow immediately on the restart when Peter Collins made a great run from wing back and his shot trickled over the goal line after a fine save by Jack Hurley in the Glen goal. That knocked a lot of the wind out of the Glen sails and they failed to raise a flag in the second quarter as O’Neill and Barry O’Driscoll had Randal points. 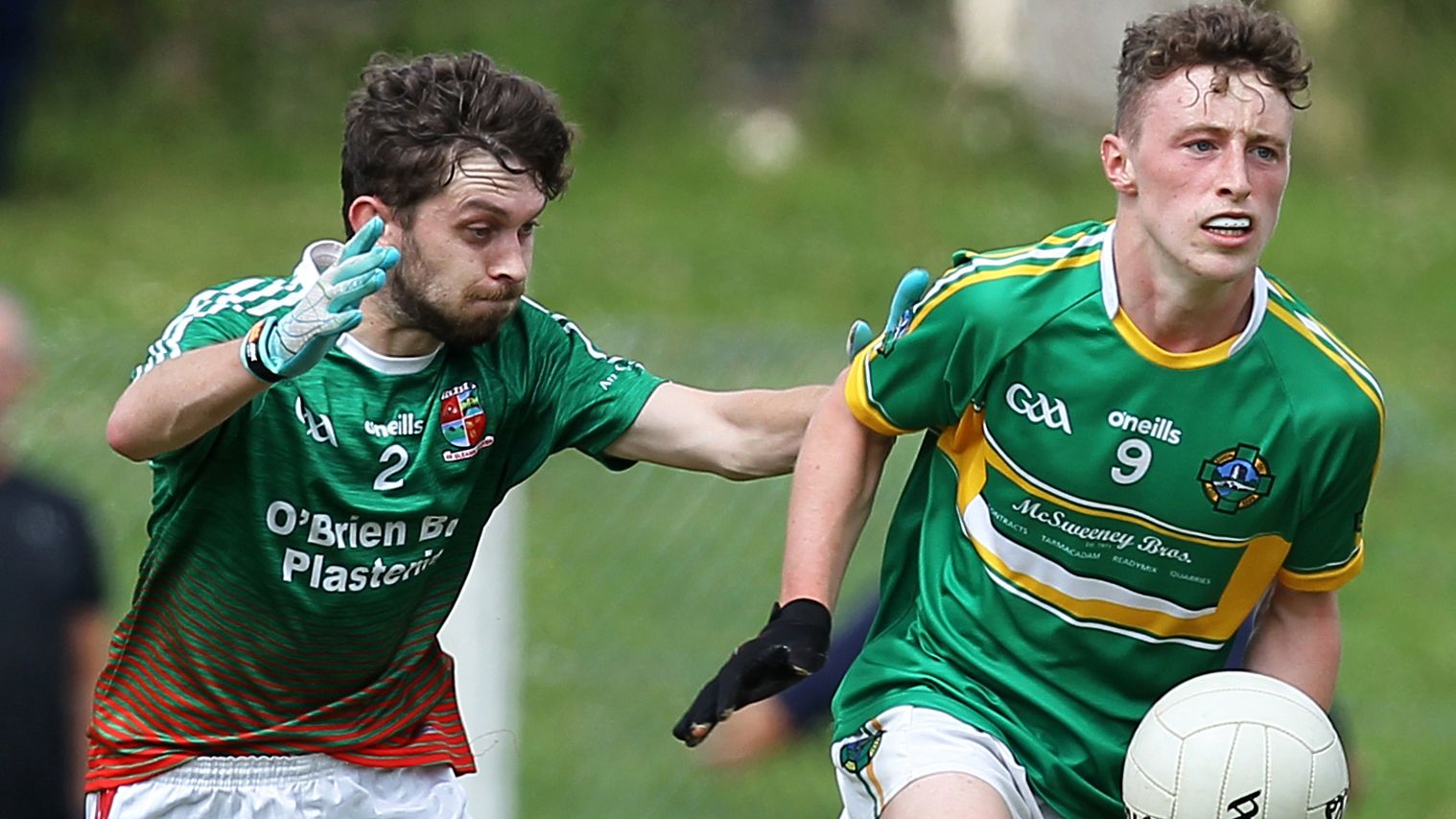 It was 1-9 to 1-3 at half time but the Glen had the breeze in the second half. Unfortunately, they failed to make use of the advantage, kicking only a single point in the third quarter, from a Shane Healy free, while Randal Óg had three points from O’Neill (play and free) and Sam Kingston.

Centre back for Randals, Páraic White, was outstanding at the heart of the defence at this stage, with great support from Shane Patterson and Peter Collins, while up front, O’Neill got plenty help from Ger Lynch and Sam Kingston.

It was 1-12 to 1-4 at the water break and the Randals finished the game in style when a lobbing shot from O’Neill found the top corner of the net and white flags were raised by Ger Lynch and O’Neill (two frees). The Glen were game to the very end and had consolation points from Denis Collins and Eoghan McElhinney. Best for the Glen on the day were Paidí O’Sullivan, Denis Collins, Paidí McCarthy, Conor Galvin, Tony Harrington, Eoghan McElhinney and Cathal O’Sullivan.