A SEVERELY-DEPLETED Clonakilty proved no match for a Doheny team inspired by rampant corner forward Keith White in the semi-final of the delayed 2020 Clona Milk U21A football championship in Ahamilla on Sunday morning.

Dohenys, too, were missing some regulars but with senior player White unstoppable up front and Bill Murphy controlling midfield, they hardly noticed the absentees as they dominated from start to finish.

Dohenys showed their intent from the first whistle, getting fast ball into White’s corner. The speedster had his name on four white flags, three from play, before Clon managed their first score from Chris Kenneally just before the water break.

The second quarter saw a much more competitive Clon side putting pressure on the Doheny defence, with Tony O’Connell, Jack Wycherley, Niall Barrett, Liam Halligan, James Hegarty and Chris Kenneally impressing. However, their efforts at scoring, apart from a pointed free from Kenneally, left a lot to be desired.

Dohenys struck a vital blow in the 25th minute when the flying White raced through for a superb solo goal. When the hard-working Bill Murphy followed with a point there were two clear goals between the sides at half time, 1-5 to 0-2.

Again, the third quarter was competitive as the teams shared six points but Clon never really looked like scoring the goal that would have re-ignited the game. White kicked two more points and Murphy added a third. Kenneally kicked two frees for Clon, with Jack Enright adding one from play, as Dohenys held their six-point advantage at the second water break, 1-8 to 0-5. 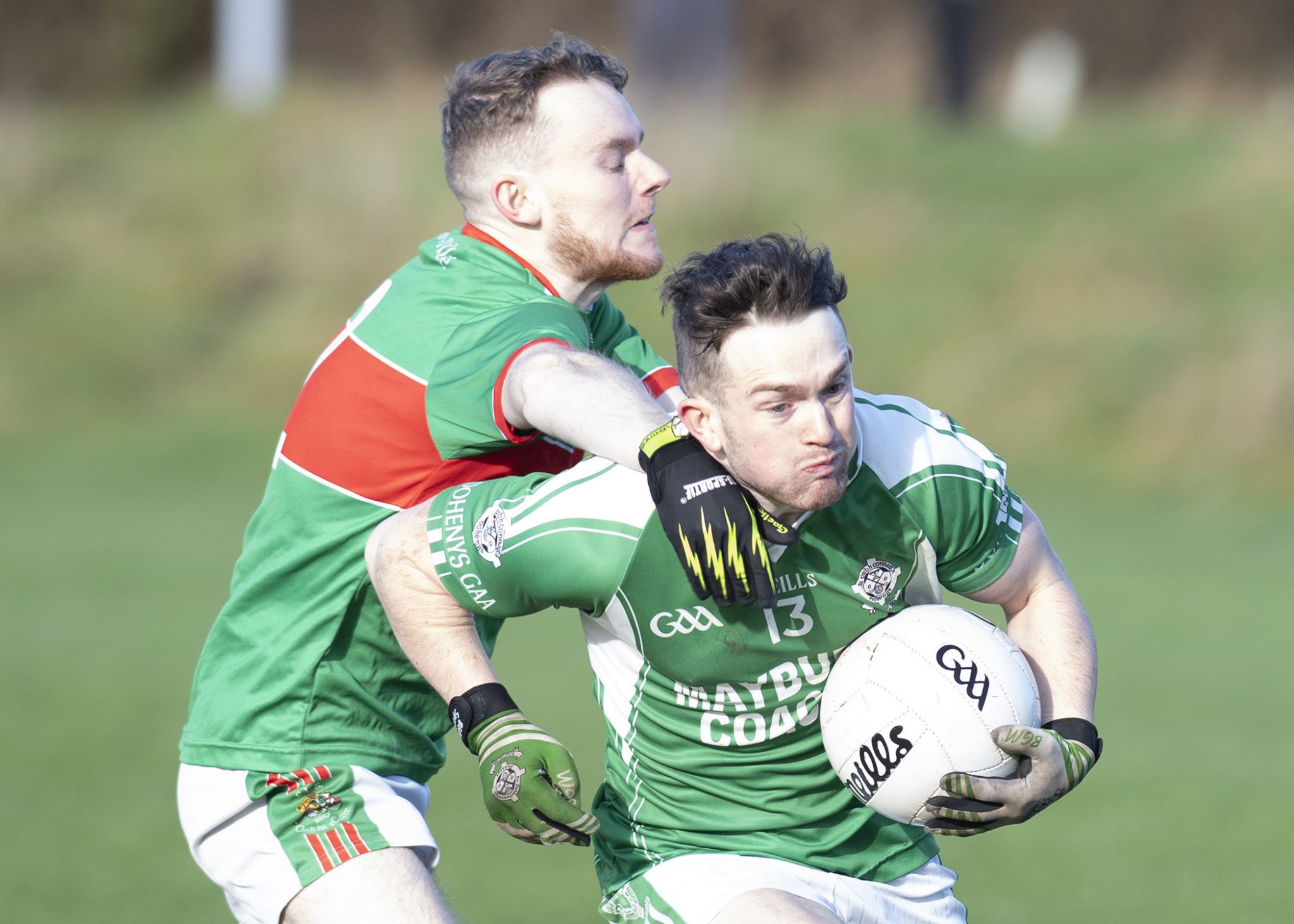 Any notions Clon had of a comeback in the last quarter were shattered within a minute of the restart when the strong Rhys Coakley blazed the ball to the Clon net and the home side had a mountain to climb. Coakley was the main man in the last quarter as he followed up with two fine points, following a pointed free from Culann Barry. Dohenys were rampant now, with Jerry Farrell, Declan Collins, Culann Barry, Coakley, Nathan O’Donovan and Alan Brickley taking over from White and Murphy.

Points from O’Donovan (2), White and Brickley brought their tally to 2-15 with outgunned Clon managing only two points in reply from Odhran Bancroft and Kenneally.