Talk us through your 63rd-minute free in the Carbery U21A football final against Newcestown. Ibane Gaels were down one point. You needed to score to force extra time – what went through your mind?

I remember hearing the opposition saying “if he misses this we have the game won”, but after that I blocked everything out and remembered my routine and just kicked through the ball, the way I always try to. I’m lucky enough to not get nervous before or during games but I knew I had enough practice completed to be able to equalise the game.

You scored 0-9 in the Carbery U21A FC final. As well as the point that sent the game to extra time, you kicked an extra-time equaliser from 50 metres and the winner from a free in injury time – what is your favourite score from the game?

It would have to be the free I took at the very end that won us the match. I knew that if I could kick this then we would win the game. When it went between the posts it gave me goosebumps, from my teammates roaring me on as well as the crowd.

Where does this win rank for you in terms of your achievements so far in GAA?

This is one of my favourites because I won it with people I have played with since I was a young fella. It made it more special that it was my first year playing in a team with my younger cousin Olan. It would definitely rank in my top three achievements with a team.

Who is the best Gaelic football forward in West Cork?

Brian Hurley from Castlehaven – he is a natural forward that can kick with both feet, he’s confident and isn’t afraid to shoot from any position.

Andrew Guinevan and Tomas Buckley would be a great addition to their team. They are both very hardworking and are dedicated to anything they put their minds to but would also have great craic after the win.

The Carbery U21A football quarter-final win against Castlehaven was the first time you played on the same team as your cousin Olan O’Donovan, but who would win a 100-metre race between you both?

Talk to us about how much you practice free-taking – and the process that involves?

During the season I practice before and after every training session. My club coaches give me a bag of balls so I can go to the pitch and kick on my own the other days I’m not training. I have a set routine with every free I take even when I am on my own. If you want to be a free taker, you have to have confidence in yourself and everything else will follow.

West Cork is sports mad, so if you could play a different sport, what would it be?

When I was younger I played a lot of badminton. I used to enjoy it, but since the GAA has gotten more serious I don’t have time for other sports. 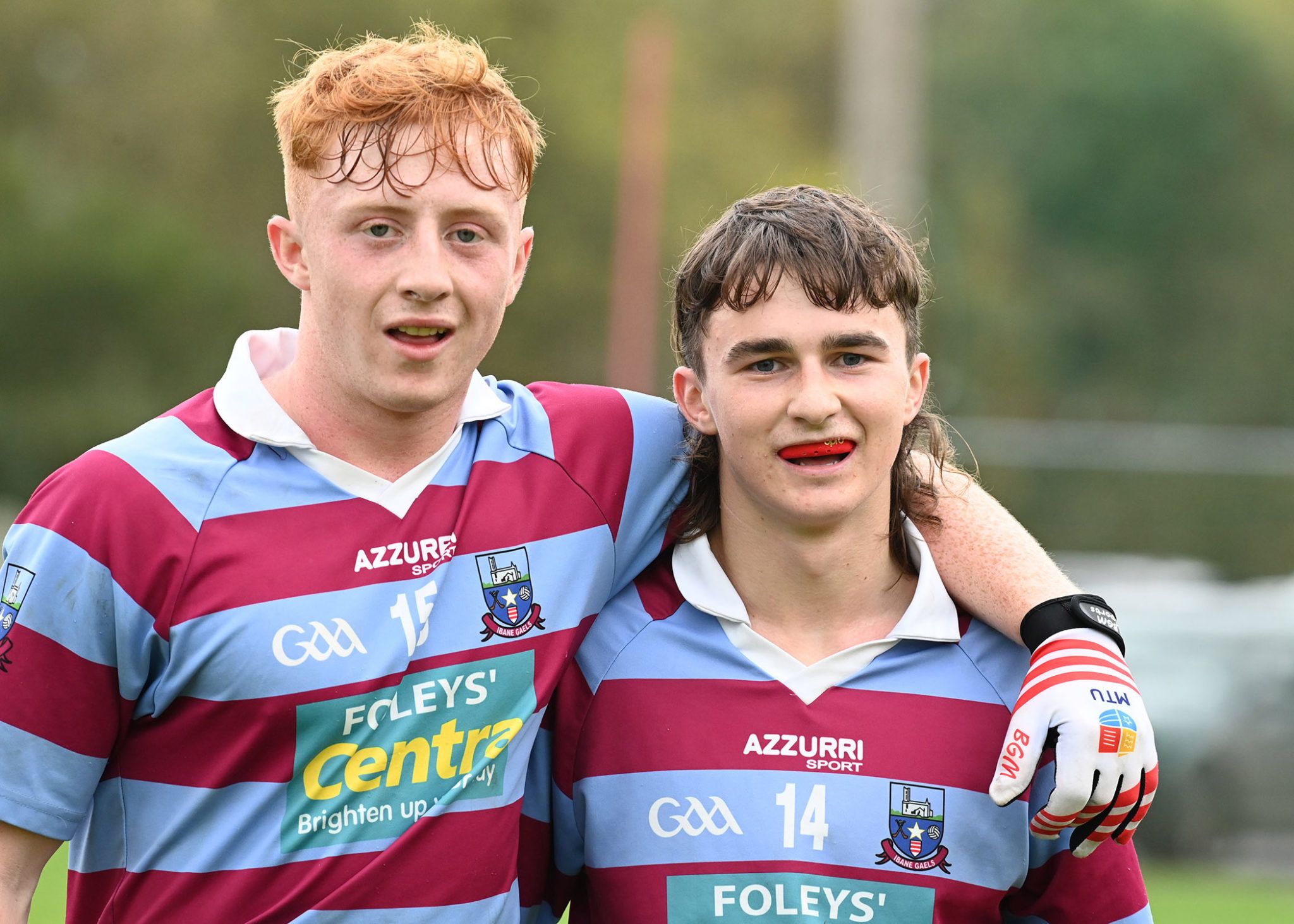 Cork footballers and cousins Ryan (left) and Olan O’Donovan pictured after Ibane Gaels defeated Castlehaven in the Clona Milk Carbery Under 21A Football Championship quarter-final at Rosscarbery. It was the first time that they played together. (Photo: Martin Walsh)

Which Ibane Gaels footballer should we keep an eye on next year?

Not to be biased but keep an eye on Olan O’Donovan. He is still only 17 years old, but another year of training with older players will improve his performances and get him used to the physicality of not playing players his own age.