Paul O'Donovan has won the West Cork Sports Star of the Year award on two occasions.

HE ONLY turned 27 in April but already Paul O’Donovan is Ireland’s most successful rower. Most laud him as Ireland’s greatest rower of all time. There’s an argument to be had that he is one of the country’s greatest sportspeople. He is a generational athlete.

‘Paul is exceptional, he’s one of a kind,’ Eugene Coakley explains, and here’s a Skibbereen man who knows a thing or two about rowing.

Coakley travelled to two Olympics (2000 and 2004) and raced in an A final of the lightweight men’s four at Athens ’04. He’s a rowing fanatic and knows the youngest O’Donovan brother well. Coakley is one of the Skibb rowers that a young Paul used to hound on the Ilen River, and now he has developed into the finest lightweight rower of his time.

‘Paul has the three pieces of the puzzle that every top sports star needs: physical, technical and mental,’ Coakley explains, before adding, ‘but a lot of us lose sight that sport is meant to be fun and that’s why we started in the first place, because it’s fun. Paul has fun on the water and in training. He enjoys it. He’s rowing because it’s fun and that’s important to remember.’

2016 Olympic rower Claire Lambe agrees, pointing out that Paul’s enjoyment is what keeps him coming back for more.

‘Rowing has been a part of his life for so long, since he was a kid in Skibbereen, and here he is now, still enjoying it and having fun. He’s not rowing to collect medals, he’s rowing because he loves it and the success is a by-product, albeit a very nice one,’ Lambe says. 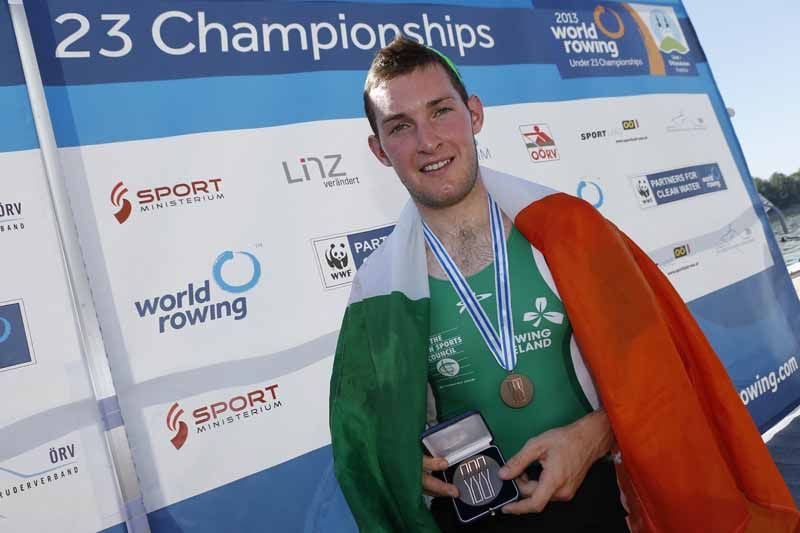 Paul O'Donovan with his bronze medal at the 2013 World Rowing U23 Championships in Linz-Ottensheim, Austria.

Paul’s medal haul is incredible. Along with his older brother Gary he won Ireland’s first-ever Olympic rowing medal (silver) in 2016. He has won four World Rowing Championship gold medals, two in the lightweight single and two in the lightweight double. There are two gold medals at the Europeans in the double as well. He has snaffled up six medals of various colours at World Cup regattas, and there have been silver and bronze medals at Europeans as well. And all this between 2016 and now, while he didn’t race internationally last year. He’s done it in a single and in a double, and in the latter with different partners, Gary first and now Fintan McCarthy. Paul is a medal machine. Like Coakley says, he has all the pieces of the jigsaw: physical, technical and mental.

‘I think his best attribute is his mentality,’ Lambe says.

‘He pushes the boundaries to see what is possible. He would always end up doing more mileage than anyone else and he is able to do that bit more. He is mentally so tough and he always enjoys training and is happy to be in that environment and pushing himself to the limit.’

There are tales of the incredible mileage he did in Banyoles, Spain, on a training camp ahead of the 2017 World Championships. Morning and evening, he pushed himself more and more. Coach Dominic Casey was impressed by what he saw. It was quantity and quality, and he went to the Worlds in Florida that year and defended his lightweight men’s single title.

‘Mentally, he has it all. He can deal with the pressure and with the nerves, and he has huge experience now as well. Hopefully he gets the chance to race the Olympic final and if he does it won’t be any different to him racing some young fella down the river in Skibbereen,’ Coakley adds.

Physically, he’s a beast. Gary O’Donovan has spoken before about the surge of power Paul brings to the boat. His current partner in the Irish lightweight double, Fintan McCarthy, says Paul operates at such a level that when you are trying to match that every day it just pushes you further.

‘Physiologically, Paul has what’s needed, he has a great engine and is phenomenally strong,’ Lambe explains. 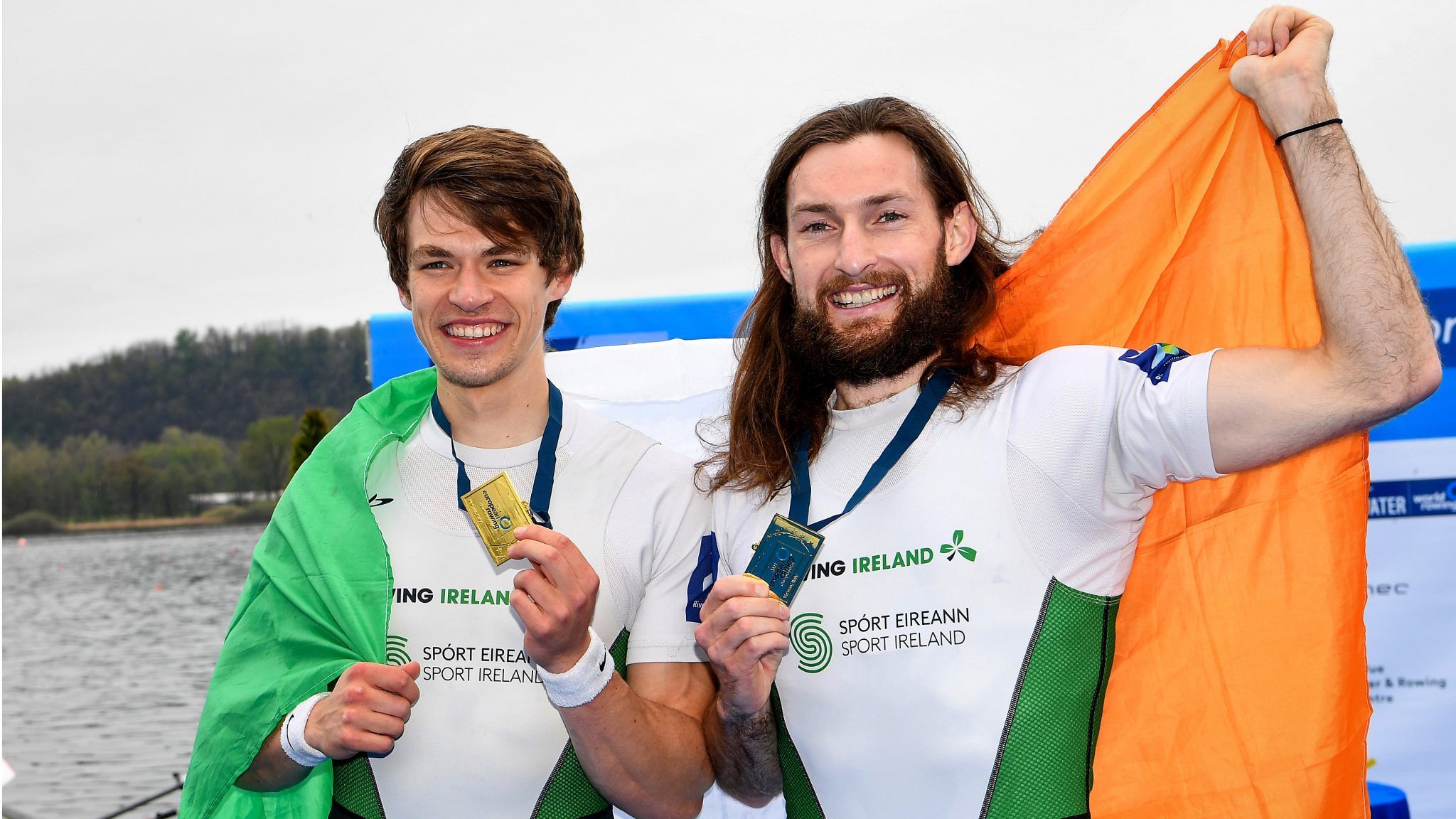 ‘His lung capacity is incredible. I’m not sure of the exact numbers but they say the lung capacity of the general public is three and a half to four litres, whereas with Paul it’s said to be up around the high fives, maybe even six. That’s substantially more,’ he explains.

‘If you look at a car, a two-litre car is going to be a lot faster than a one-litre car.’

Then there’s his technique – and who can criticise a rower that has amassed the titles that Paul has?

‘He has a long stroke so he is connected to the water at all times and that helps,’ Coakley explains.

‘People might say that he can do this or that different, but when you are looking at technique it comes down to the fundamentals. You might see people out there who look more stylish and they are sitting up more at the back of the stroke, but the fundamental that Paul does well is the length of his stroke, and he has that aggression and connection to the water.

‘He has all the pieces of the jigsaw that make up a world-class athlete, and he’s having fun at the same time.’

Paul O’Donovan is the full package on and off the water, and his legacy on water and land will endure. He has raised standards, normalised winning and brought an expectancy.

‘His record is outstanding and maybe we don’t recognise it enough,’ Lambe adds.

‘There is no doubt that the medal won in Rio has contributed to the success we see now because it showed what is possible, and it showed what hard work and training can lead to.

‘He has a legacy that will go down in history.’