THEY’RE Olympic champions, world champions and European champions – but Paul O’Donovan and Fintan McCarthy recently got their hands on the award that they really wanted.

After the perfect year in 2021, the dominant duo selected as World Rowing’s Men Crew of the Year were crowned the best in the west at the Celtic Ross Hotel West Cork Sports Star Awards.

Together, Paul and Fintan were named the 2021 West Cork Sports Stars of the Year – and this award means a lot to the popular Skibbereen men who have wowed the world of rowing since they joined forces in the Irish men’s lightweight double.

‘This is top of the list,’ Fintan smiled, when asked where the West Cork Sports Star of the Year accolade ranks in his bulging collection of honours.

‘There are so many talented athletes coming up (in West Cork) and doing amazing things so it’s really special to be amongst them (here at the awards) and just to be part of it all.’

Last year the Skibb-powered Irish men’s lightweight double was in a league of its own as Paul and Fintan won EVERY race in EVERY international regatta they competed in.

They powered to gold at the European Rowing Championships held in Varese, Italy in April 2021. The next month they were untouchable at World Rowing Cup II in Lucerne as they took gold, again.

Then, at the Games in Tokyo last July, the West Cork men didn’t creak under the pressure of being favourites for gold as they left their rivals behind them with a string of stunning performances to win the biggest medal in rowing: Olympic gold. They are the first Irish rowers to ever win Olympic gold, and they set a world’s best time in their semi-final. They also won the Double Sculls Challenge Cup at the Henley Regatta; another trophy added to their collection. Ruthless, phenomenal, supreme. 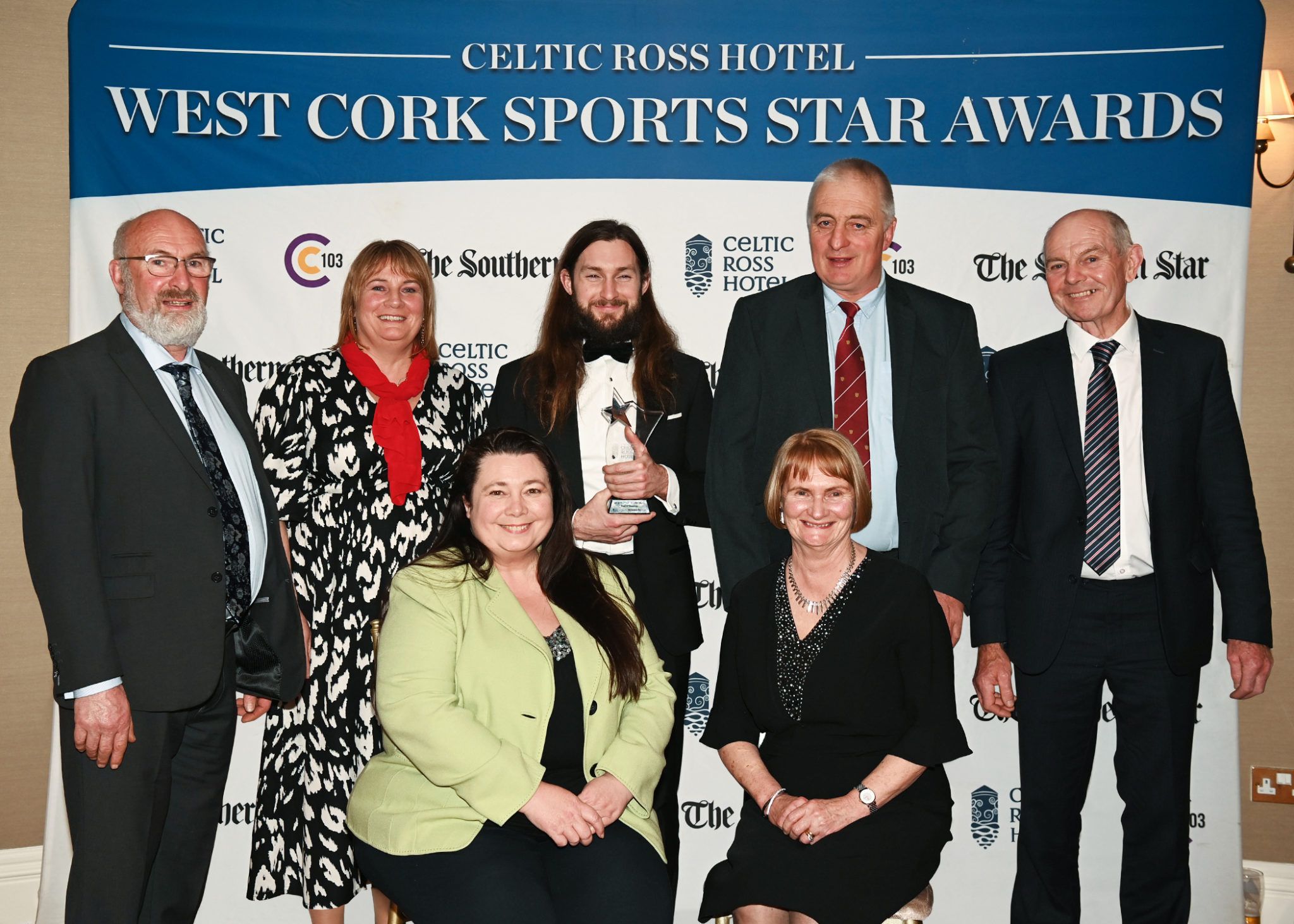 Their talent – and utter dominance – is recognised across the world, and here at home in West Cork, too. On Friday night, at the West Cork Sports Star Awards, the Skibb medal machine were popular winners of the 2021 West Cork Sports Stars of the Year award, and it means a lot to both Aughadown men to be honoured on home soil in front of family and friends.

‘This is definitely the most important for us,’ Paul smiled.

‘Myself and Fintan have been training really hard the past few weeks to make sure we got over the line and take home this award tonight! We were so keen to win this that we didn’t leave anything to chance – and we had to, what with all the tough competition from all the other competitors. We are really pleased with the evening.’

For Paul, regarded as the best pound for pound rower in the world, this is the second time he has won the overall West Cork Sports Star of the Year award. His previous triumph was in 2016 alongside his older brother Gary after their historic Olympic silver medal at the Rio Games.

‘All the times (winning this award) are equally special,’ Paul remarked.

‘It shows that I am getting old, that I am after winning this award for a second time – but I am still hanging in there!

‘It’s great to see the young talent that we have in West Cork and I think there will be a lot of bright stars in the future coming from these awards.’

Paul and Fintan stole the show at the West Cork Sports Star Awards at the Celtic Ross Hotel as their heroic feats of last year were celebrated, but the duo are firmly focussed on what lies ahead, not what’s gone before.

‘I can’t quite believe it’s been seven months since the Olympics, but we are looking to the next season, the next few races; you can’t rest on your laurels, especially in rowing because everyone is always getting faster and training harder so we need to do the same,’ Fintan explained, before Paul outlined the plan for 2022 that will include the European Rowing Championships in August and the World Rowing Championships in September.

‘I'm doing some school work at the moment so I am a bit behind and have a lot of catching up to do.'

Even after their gold-laden 2021, motivation isn’t an issue for the two men that power that best and fastest lightweight men’s double in the world. They are primed to go again.

‘It’s not a case of training every day to win more medals, we just love training and we love the sport. That’s something that I really realised after the Olympics; it’s not all about going there and getting the medals, it’s what we do every day is what we enjoy, training with our friends.’

Now they have the award they wanted and are officially the top sports stars in West Cork, Paul and Fintan’s 2021 collection is complete. It was the perfect year.