Carbery Rangers' Michael Mennis gets off his pass under pressure from Argideen Rangers' Lorcan O'Leary during the Bandon Co-op JAFC round three at Clonakilty on Sunday.

IT was a case of déjà vu for Argideen in this Bandon Co-op JAFC third-round clash of the Rangers at blustery Ahamilla last Sunday.

Last season, Carbery Rangers knocked Argideen Rangers out in the semi-finals, and this year they repeated the trick, as the Rosscarbery men advanced to the quarter-finals.

The winners were numerically disadvantaged for the last quarter when John O’Brien received a straight red card in the 45th minute. The 2020 beaten finalists ended up with 13 men in the dying embers when his midfield colleague Michael Mennis suffered the same fate.

However, it was a productive scoring spell between the 31st and 47th minutes, which yielded four unanswered Carbery points, that was the defining factor here.

The teams were deadlocked at the interval, 0-6 apiece. Patrick Hurley, one of Carbery Rangers’ crown attacking jewels, set the ball rolling with two sublime scores in the 31st and 34th minutes, with free-taker Timmy O’Donoghue having split the posts in between. Despite John O’Brien’s dismissal, they continued to call the shots as Michael Mennis stretched their advantage to four, 0-10 to 0-6, by the 47th minute.

But this tie was far from over as Argideen came roaring back and a searing solo surge by Finbarr Butler drew a splendid save from Ronan Milner in the 43rd minute. 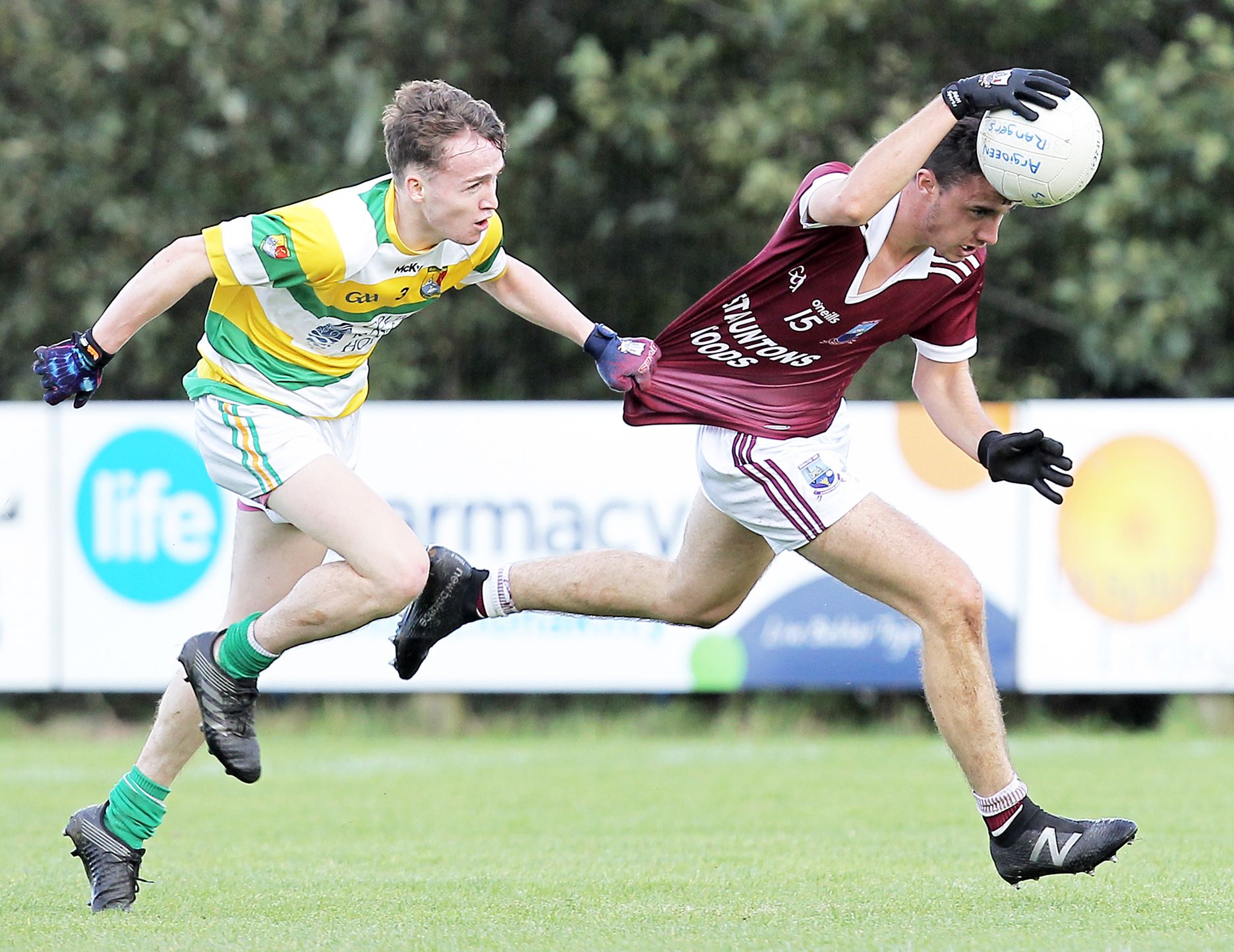 Argideen did eventually get one back through Darragh Holland. When Lorcan O’Leary hit the target twice in succession the excitement was palatable. Timmy O’Donoghue lifted the siege but the Timoleague outfit was on a roll as Holland made no mistake from a 20-metre free, 0-11 to 0-10.

A wonderful point from Hurley seemed to have sealed Argideen’s fate in the 63rd minute. But there was one more roll of the dice as Holland sent a free just inches over the crossbar for what proved to be Argideen’s swansong.

In a low-scoring opening half, points from Patrick Hurley (free) and Timmy O’Donoghue were cancelled out by two Oisín Dowling frees. Argideen hit the front when Bill Fleming scored a neat point. Fergal Walsh hit the target then only for a brace by Ciarán Calnan tying it all up, 0-4 apiece. Holland from play and a free obliged for Argideen, though a smashing Patrick Hurley effort and a Timmy O’Donoghue free ensured half-time parity, 0-6 apiece. 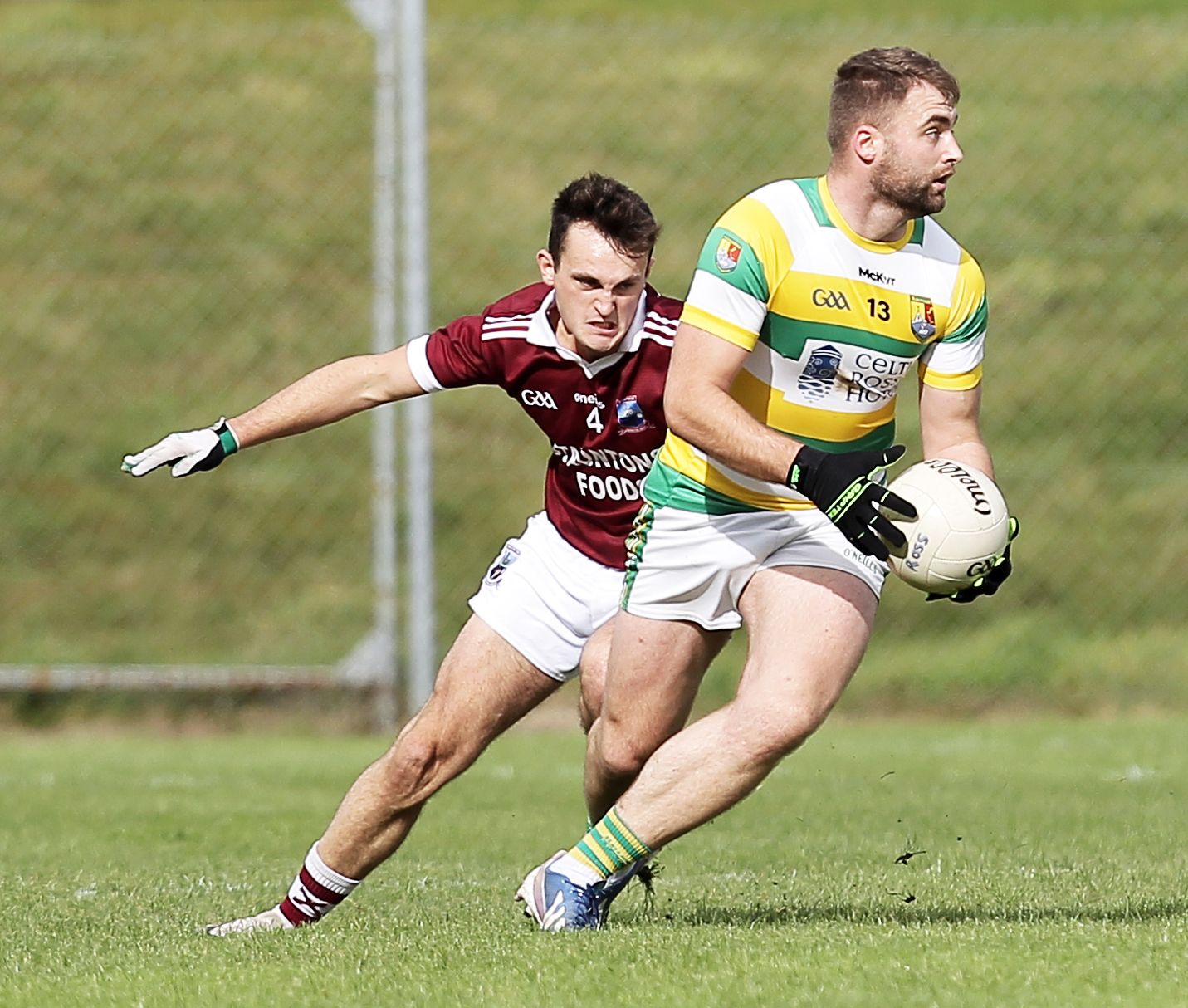 Niall Hayes, Carbery Rangers manager, felt that it was an encouraging victory for his young side.

‘We were poor in the first quarter. We stood off them, but when we pushed further up it helped us and the team generally played with more rhythm. That spell after half time when we got four points was vital. Patrick (Hurley) had a great game and took crucial scores, considering that he had dislocated his shoulder recently and was doubtful of being able to start,’ explained Hayes.