Goodbye to a great: Castlehaven's Nollaig Cleary will be rightly remembered as one of Cork's greatest ever ladies' footballers. 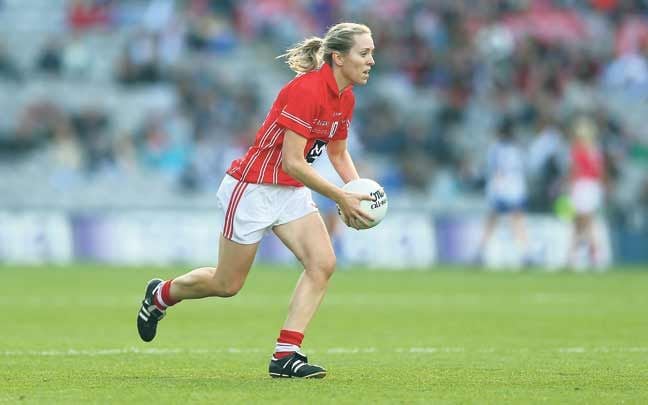 Goodbye to a great: Castlehaven’s Nollaig Cleary will be rightly remembered as one of Cork’s greatest ever ladies’ footballers.

There had been much speculation concerning the Castlehaven woman’s inter-county future with Cork as she sat out the county’s successful football league campaign that culminated in a replay final triumph against Galway last month.

Her absence from this year’s league was nothing unusual however, as over the past couple of seasons, taking a break from the league had become the norm for Gabriel Rangers ace Cleary, as she timed her return to spearhead Cork’s successful All-Ireland assaults.

Last year she rejoined the Cork panel in mid-June ahead of the Munster championship opener against Clare.

Having seriously contemplated retirement over the past two seasons, Cleary (35) has finally decided to hang up her football boots – for both club and county – as she exclusively told The Southern Star this week.

‘At the start of the year I said I would have a think about it for a while, but now I feel it’s time to call it a day. I have given everything I can at this stage to Cork football and now is the right time for me to retire,’ Cleary explained.

In a trophy-laden inter-county career that stretches back to her senior debut in 2004 and coincides with the start of Cork’s decade of dominance of ladies’ football, Cleary has won a staggering nine All-Ireland titles, seven national leagues, nine Munster titles, three All-Stars (2006, ’08 and ’09), 2006 All-Ireland final MVP and countless admirers.

Saying goodbye is never easy, and this was a tough decision for the West Cork great to make, but Cleary – who married former Cork footballer Micheál Ó Croinín last year – is now ready to embrace the next exciting chapter of her life, and everything that comes with it.

‘It was a difficult decision because at the start of the year I thought that maybe I might go back,’ she said.

‘The last couple of years I have waited a little bit before rejoining the panel because I have had a couple of injury problems with hamstrings and so on.

‘I felt if I played the whole league then maybe I wouldn’t be there when the championship starts. I was getting that bit older and I felt that I probably couldn’t do the full league and the championship season.

‘It was still a hard decision to make because it’s been such a huge part of my life for so long. I’m really going to miss it, but at the same time everything has to come an end at some stage and I feel now is the right time for me to call it a day.’

Having made her name on Gabriel Rangers’ All-Ireland club junior winning side in 2003, Cleary also revealed that she is ‘hanging up the boots completely’.

‘I’ve a great club and I’ve been very lucky to be involved with Gabriel Rangers,’ the North Presentation primary school teacher said.

‘Winning the junior All-Ireland in 2003 was a huge achievement and it pushed me onto the Cork team. Working in the city now, it’s a long journey down to Gabriels, and I’ve a lot of road travelled at this stage, so it’s time to step back from the club scene as well.’

Cleary becomes the third long-serving Cork footballer to retire, following Elaine Harte and Juliet Murphy who both stepped back from inter-county football within the last 18 months. Angela Walsh is also taking time out this year.

The Castlehaven woman was also named, at right-half forward, on the TG4 Ladies’ Football Team of the Decade in 2010 – further acknowledgment of her huge contribution to Cork ladies’ football success.

Cleary’s last appearance for Cork was in last September’s tremendous All-Ireland final win against Dublin when she came on at half-time for Annie Walsh, as she signed off in style and on a winning note.

She is also the youngest in a family of ten, with four sisters and three brothers, and both John and Denis are former Cork seniors while Edmund played minor and U21 for the Rebels. Her father, Ned, is also Castlehaven GAA Club President.