THERE was a sense of déjà vu as Newcestown took the latest Rebel Óg monthly award.

Seven years ago, the club was honoured for a county minor hurling and football double and a similar achievement – allied to an U16 victory – saw them claim February award at the Clayton Hotel Silver Springs.

Newcestown have long been a byword for overachievement in GAA terms, leading others to wonder just what the secret of their success is. The secret is, of course, that there is no secret, as club coaching officer Charlie Wilson outlined in his acceptance speech.

Describing the players involved as having the traits of fantastic employees, he said they showed ‘honesty, loyalty, courage, patience, reliability, bravery and when you ask them to do a job, the job gets done.’

It’s no accident that such qualities have been harnessed in a club renowned for maximising its resources. While numbers may not always be plentiful, that disadvantage can be turned into a positive.

This was something never more evident than in their recent Division 1 minor football final replay extra-time win over Clyda Rovers, according to Wilson.

‘We were down to the axles, as they say, due to injuries and sickness and players being sent off,’ he says.

‘You were having to replace guys and in extra time we were bringing in fellas from the U16 team that, at the start of the year, you mightn’t have expected to be using.

‘It didn’t faze them though as they had got a lot of game-time during the league when we were short on numbers. Sometimes, you’ve no option but to play fellas and it stands to them.

‘The U16 county win was nearly a bigger win than the two minor titles, because before 2019 they had never won a championship game in their own age-group.

‘I was at a coaching conference recently and (Cork U20 football manager) Keith Ricken was talking. He was saying how we tell every player that they’re important, but how can you say that if you’re never giving them a game?

‘We try to hold on to every player we can and when they’re playing, they’re more likely to keep it on.’

The U16 and minor teams trained together, something born out of necessity but which helped to foster a strong bond. The make-up of the management team was illustrative of the club ethos, with Wilson and Pat Kenneally – county senior hurling medallists with Carbery in 1994 – joined by current senior players Fionn Keane, Micheál McSweeney and Murt Kennelly, the latter two having been on the minor teams which claimed the Rebel Óg award in 2013.

‘It has been that way for the last five years or so,’ Wilson says.

‘Players at those ages have a lot on, guys would be excused due to involvement in development squads and schools’ games, so you need extra numbers. Then, exposing the U16s to that helps to bring them on.

‘Our motto is that less is more, there’s no point tiring fellas out or giving them too much work so it’s often a case of shortening sessions and letting them recover.

‘You’re not going to be successful every year – the highs and lows in terms of numbers can be crazy. There are 13 players in the U14s, three up to the age, and then in first class in the local school there are 36, half boys and half girls.

‘Just before Christmas, the priest told the congregation at Mass that there had been only 11 christenings in 2019, so that’s something we’ll have to deal with further on down the line! What you do is keep things going in the lean years and then try to make the most of the good years.

‘Momentum is obviously a huge thing, a lot of the same players were winning games and that can only help. Nine of those minors were starting with the U21s as well, so that obviously helped them at minor.’

As mentioned, the minor footballers beat Clyda Rovers after a replay while the hurlers saw off Kanturk in their decider in November. The U16 side beat Killavullen in the county hurling final and were unlucky to lose out to St Colum’s in the West Cork football final. 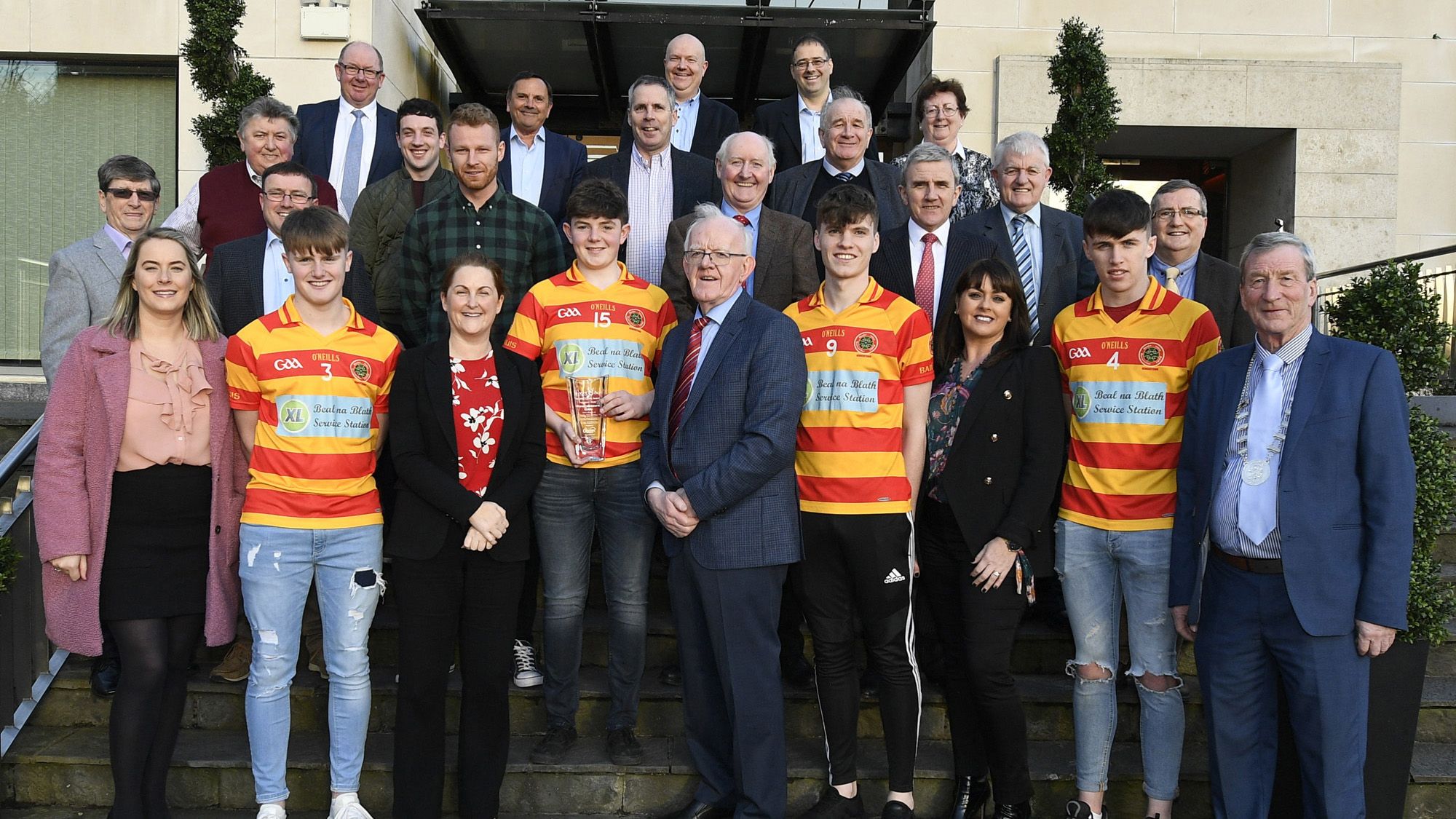