Newcestown’s Colm Dinneen (No. 5) scores his side's only goal during their game against Nemo Rangers in Brinny. (Photo: Martin Walsh)

IT seems that lightning won’t strike twice for Nemo Rangers. Last season they failed to qualify for the knockout stages of the Bon Secours Premier senior football championship. Given their display against a depleted Newcestown at foggy Brinny, it seems that won’t happen this year.

Without ever hitting top gear the Capwell boys sent out a clear signal to the other sides in this Group of Death that they will take some stopping.

Newcestown, short seven of last year’s team, were always required to put in a sterling first-half performance if they were to have hopes of victory. Unfortunately, it was Nemo that began like a steam train, as the city men reeled off four unanswered points from Alan O’Donovan (2), Barry O’Driscoll and Ciarán McCartan inside the opening eight minutes.

Newcestown were struggling to get a foothold on the game – scoring power, or more precisely a lack of it up front was a huge burden. Only David Buckley, who accounted for their first-half tally of two points, posed any real threat to the Nemo rear-guard. 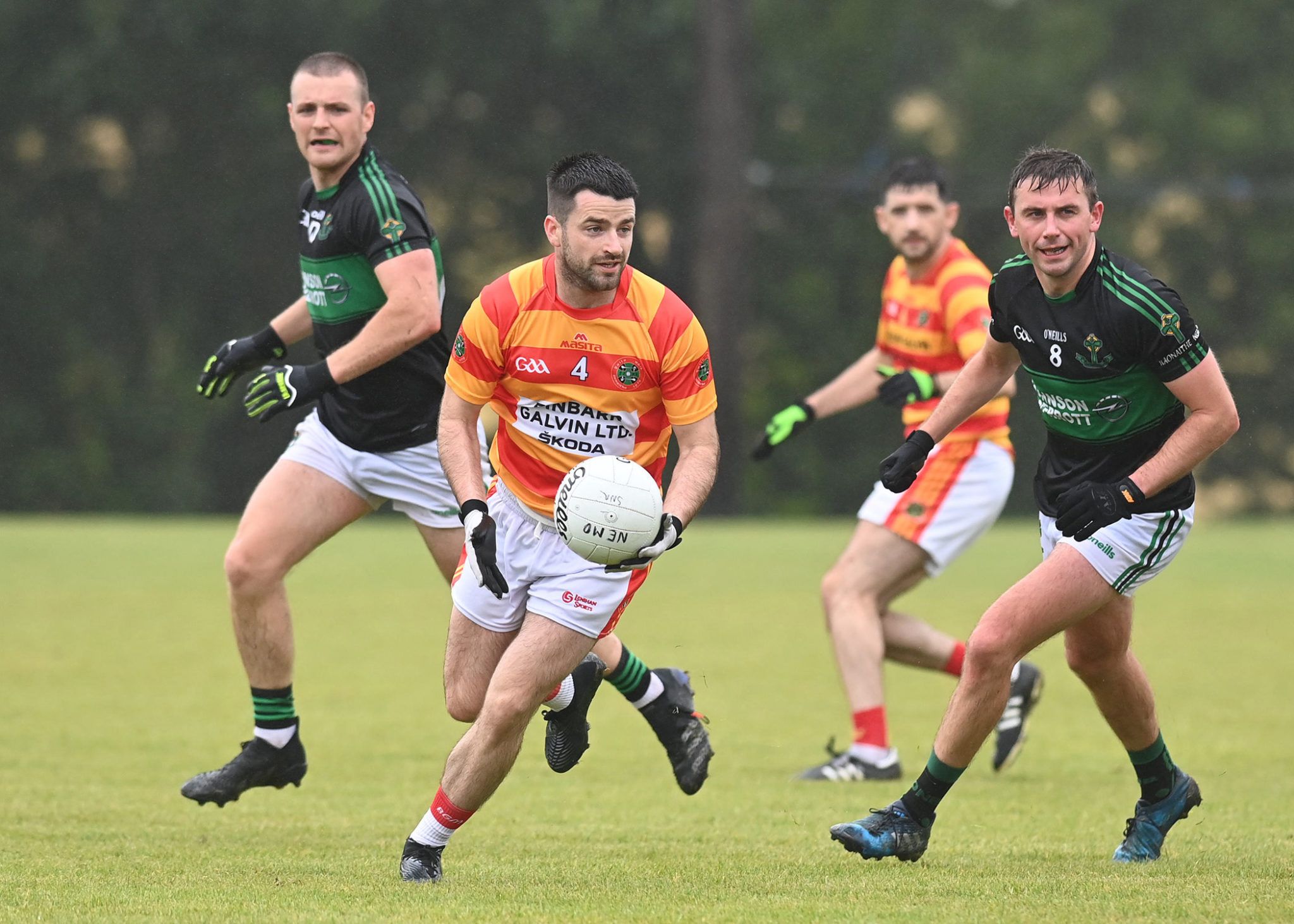 It was to get worse before it got better for Newcestown as Kevin Fulignati linked up with Paul Kerrigan whose cracking drive was expertly saved by Christopher White, only for the rebound to be whipped to the Newcestown rigging by the inrushing Mark Cronin. It was a major setback, but after Buckley and Connolly exchanged scores, Newcestown were thrown a lifeline in the 19th minute. Buckley was fouled but to Newcestown’s chagrin, Nemo shot-stopper Micheál Aodh Martin brought off a brilliant save from the resultant penalty.

To rub salt into the Newcestown wound Connolly fired over a fabulous point soon afterwards. When the latter fastened on to a super pass by Kerrigan to rattle the Newcestown net in the 25th minute, a mountain had become an Everest for the losers. Gamely, Newcestown battled on, but they trailed 2-7 to 0-2 at half time

Newcestown rang the changes, but it was Connolly who extended the lead before one of Newcestown’s better players, Colm Dinneen, saw his shot go in off the post in the 37th  minute. Martin’s reflexes were well tested by Sean O’Donovan in the 45th minute, but while their comeback is to be commended, Nemo still cantered past the winning post.

‘We were always playing second fiddle once Nemo got 1-4 early on. Look, Nemo were clearly the better team, but the breaks did not come our way. Too many turnovers conceded as well,’ Newcestown manager Tim Buckley admitted.

‘We had seven players from last year’s first-round game missing today. It was too much of a burden to carry, while others had been involved at inter-county level. In an overall context we are happy enough with our second-half performance.’