2022 proved to be a year of satisfactory progress for Carbery GAA on all fronts as was shown to the delegates at the AGM in the Sam Maguire pavilion in Dunmanway.

A large attendance from the 26 clubs in the division heard of the new junior championships being successfully introduced, the U21 championships being finished despite weather and pitch problems, financial matters being in the black following a few tough years due to Covid, a thriving coaching scene in the division and a successful run by the Carbery senior footballers after a few years in the doldrums.

The feeling of positivity bodes well for the 2023 season but the board didn’t have its head in the sand either as regards matters that needed attention from 2022 if the coming season is to run smoothly. 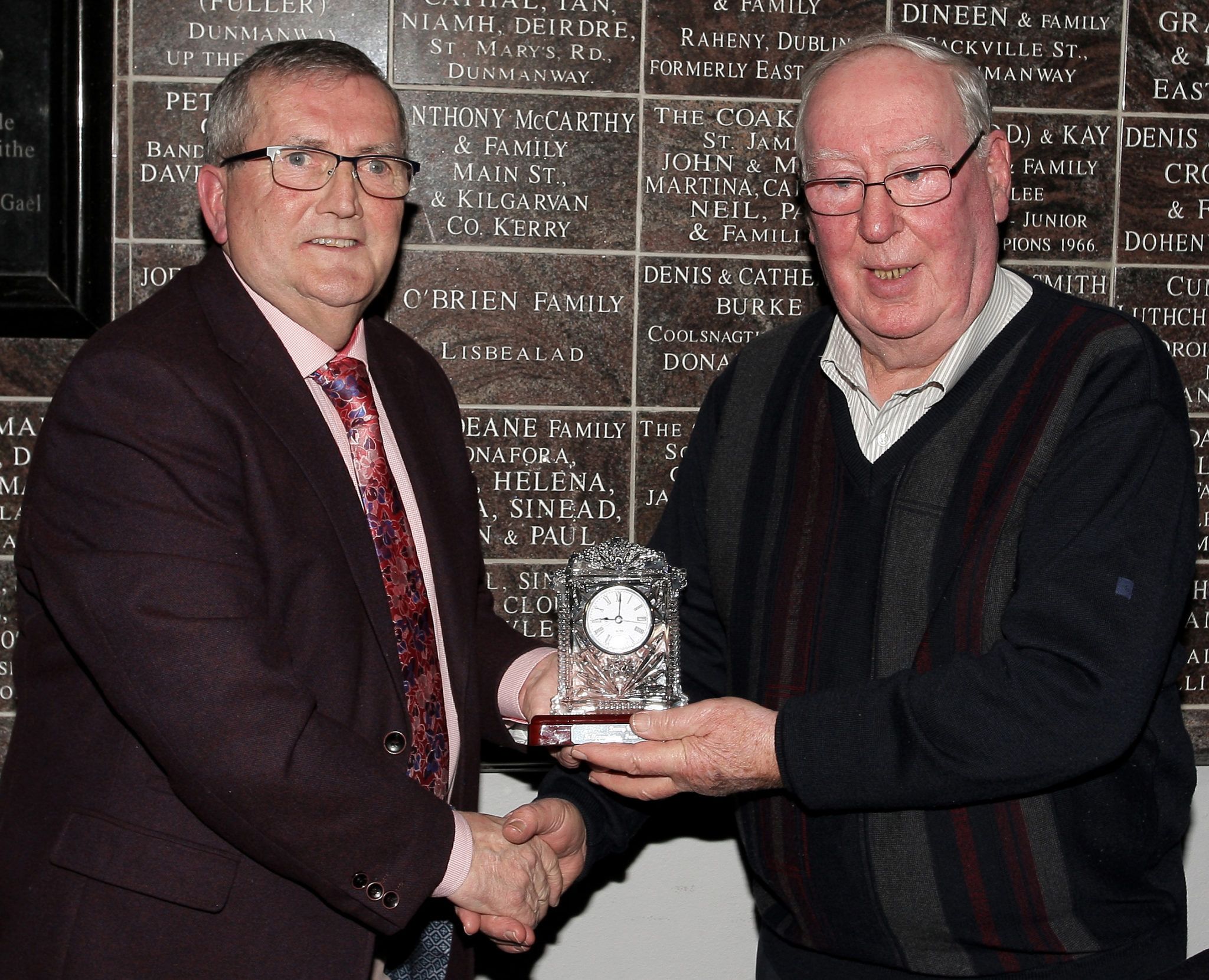 The outgoing president Danny Warren receives a presentation from the chairman of the SW Board Aidan O'Rourke at the convention.

Among those matters were the burden being put on dual clubs in the new split season, which saw some clubs being forced to play week in, week out with no break to recover from injuries and setbacks. Chairman Aidan O’Rourke admitted that mistakes were made as regards championship regulations, which caused one major hold-up in the competitions, but these had already been dealt with and he apologised to any club that had been a victim of such an error in 2022. A committee consisting of all the board officers, as well as former divisional officers, had been set up to revise both the divisional bye-laws and the championship regulations. The new championships had been a time of trial and error but overall, had proved a tremendous success on the field of play for players and clubs.

Eddie Moloney of Dohenys was critical of the introduction of penalties to finish GAA matches as such an outcome was foreign to Gaelic games.

‘My club was involved in a penalty shoot-out against Ballinascarthy in the junior hurling semi-final that went to sudden death,’ stated the Doheny secretary. ‘Our players went on the pitch at 7.15pm that night and didn’t come off until 10.10pm, three hours later. These are amateur players who have to go to work the following morning, as well as putting up with poor weather and conditions on an October night under lights. This is no way to finish games and replays should be brought back instead of penalties. Even the next score wins is better than penalties.’

Carbery GAA Secretary Don Desmond agreed with Moloney, adding ‘I would much prefer to see games going to replays.’

However, the chairman pointed out that the new split season, which was far too tight, dictated those fixtures under lights and there just was no room for replays under the present system. The dual clubs in particular were suffering, he said. 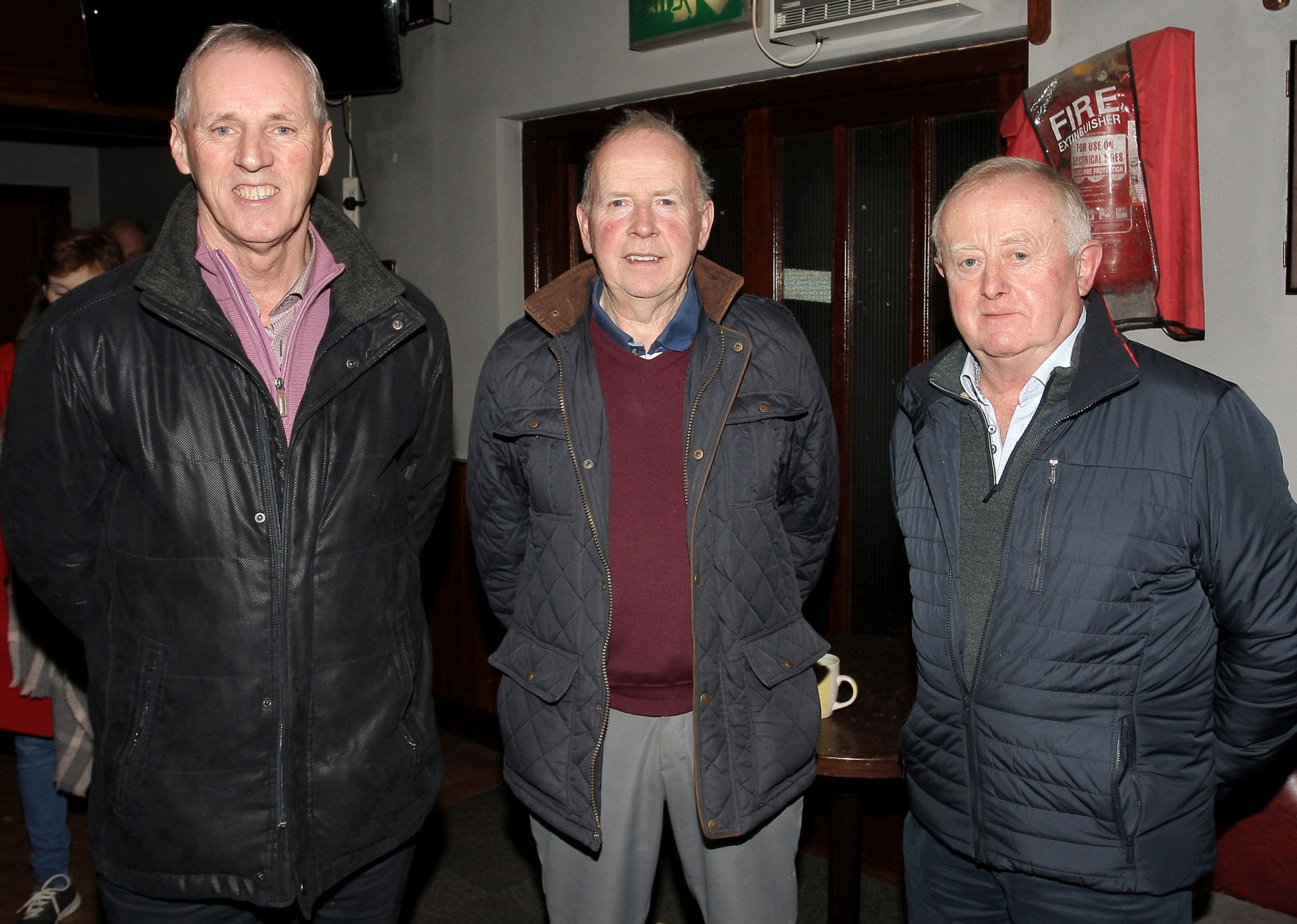 Liam Evans, St James, was none too pleased with the new split season either.

‘My club won the junior A football in West Cork and went forward to meet Kilmurry in the county championship,’ he stated. ‘However, in between the two games we had to play three hurling games. I have no doubt that was a major factor in us losing to Kilmurry. The new split season is just not working for the dual club.’

‘The U21 has always been a great championship and I can’t understand why the county board won’t run it again,’ said Kilbrittain delegate Dermot Hayes. ‘It’s fantastic to win your division but to play in the county then is an extra bonus for the winners. I think they should bring it back.’

‘It has always been one of the top competitions here in Carbery,’ he stated. ‘It provides great entertainment and draws big crowds and it’s hard to understand why there isn’t a county U21 championship.’

The timing of the U21 championship was also an issue. The recent county board regulations have instructed the divisions to play their U21 competitions in October/November and that those competitions take second place to minor, U18 and adult competitions.

‘The U21 football was played late in the season this year,’ explained Clann na nGael delegate Brian Deane. ‘The weather and the availability of pitches was definitely a factor and did us no favours, so we would want to look at the beginning of the season.’

If the U21 competitions are played at the start of the season, it would mean, under the new split season that teams would have no access to their Cork players and would be expected to field without them.

‘We had to play three U21 games in a week this season,’ stated Randal Óg delegate Frank O’Donnell. ‘If we are expected to play without our best players there is no way we would be able to field a team in the competition.’

Noel Calnan of Clonakilty agreed with O’Donnell. He said: ‘There is no way a team should be expected to play without its best players. That would be totally unfair. Our club would not be in favour of that at all.’

The outgoing treasurer of the board, Pat O’Flynn, was very much in favour of the tradition of playing the U21 at the beginning of the year, mostly for financial purposes.

‘The U21 drew very big crowds in the early months of the year and it was a huge benefit to the finances of the board. The weather at the end of the year keeps the crowds down and often the games have to be played on a home or away basis, with no gate being collected. Also, we had to play some games under lights, which cost money. The competition is too compressed at the end of the season and its absence leaves a vacuum at the beginning of the year.’

On a show of hands it was clear that the majority of the delegates were in favour of the U21 being played in the early part of the season, as was always the tradition.

Also, the AGM agreed to enter Carbery senior football and hurling teams in the county championships for 2023.