Cork ace Laura Treacy is a key player for the Rebels.

LAURA Treacy is staring into the distance, a deadly serious and contemplative look on her face, the epitome of a woman in her athletic prime and not to be messed with. She is to the left of Amy O’Connor and Amy Lee, both of whom are equally enraptured by something in the distance and seemingly considering quantum mechanics or the meaning of life.

The scene is at a promotional photo shoot to mark the announcement of Kearys Motor Group as sponsors of Cork Camogie and the resultant snap is imposed large on manager Matthew Twomey’s van, parked now on the side of the pitch at the county grounds in Blackrock.

'I’d say Matthew gets stared at every day driving down The Link (South Link Road). You’ve no fears of not spotting it anyway!'

Increasing visibility is a positive and just one of the many things that have changed since she came into the Cork squad a decade ago. One of the most striking changes is a different manager for the first time, though Twomey is a familiar figure in the set-up.

Coach Davy Fitzgerald is very new and his appointment garnered all the headlines. He has settled in well, helping the Rebels back to the All-Ireland final again, 12 months after their three-point defeat to Galway.

But there is no Paudie Murray, the man who introduced her to the squad in his first season as manager in 2012, nor his brother Kevin, a revered coach.

'Paudie Murray had me in, when I think back, 16 turning 17 that year. I had two years minor so I was playing minor that year and had another year to play minor again. It seems like an absolute lifetime ago. This is my 11th season now so it’s bizarre.

'There was a slight change this year. Davy came in, Matthew went to manager but there’s still a lot of similar faces around. Teddy (Donovan)’s still here, Neilser’s (Niall Collins) still about, Matthew’s obviously here. It kinda feels like a bit of continuity but at the same time a bit of freshness as well.'

While the dual All-Star and four-time All-Ireland winner owes Murray so much, the Killeagh defender is adamant that the game of camogie has a similar debt to the St Finbarr’s man in terms of raising standards and making the elite environment a high performance one. He also broadened the tactical palette which had been very much orthodox, while the rest of the Gaelic codes had moved on.

'We have learned so much from Paudie Murray. I give high, top credits to Paudie Murray about bringing on the game, I would think personally. Camogie in general, over the past ten years. He brought that standard up himself, brought us with it and then other teams had to follow. The Galways and Kilkennys always kept at us. I would give Paudie that much credit. He was phenomenal as a manager. His backroom team were always A1. He got the best of the best in. His brother Kevin Murray (as coach), what we learned from him was unbelievable.

'But people move on, they get new jobs and new people always step in and new voices is always nice as well.' 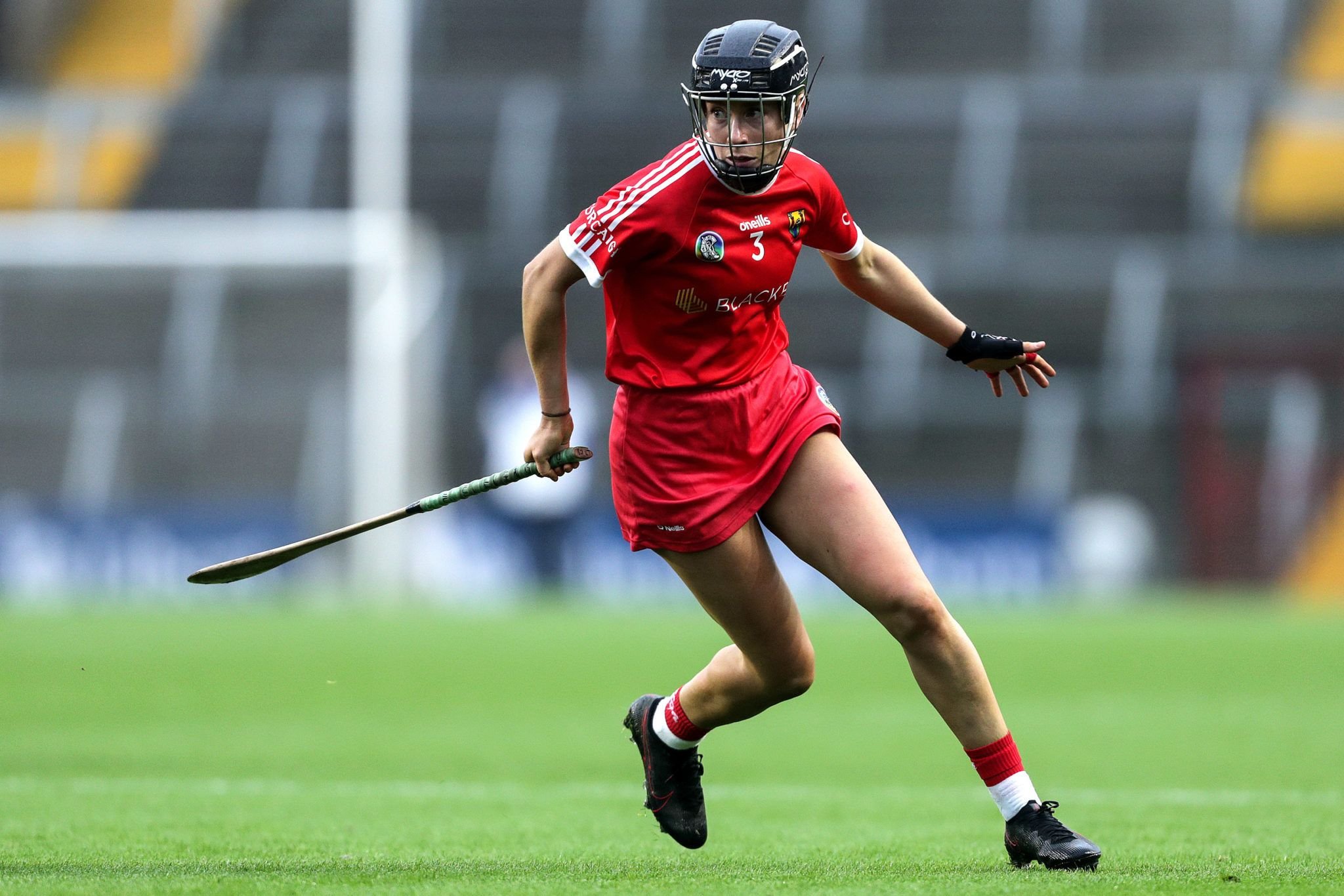 Laura Treacy in action for Cork.

She is the oul’ wan now.

'How has that happened?' she exhales, screwing up her face in mock horror. 'I will say Ashling (Thompson) is still five years older than me so she can have that record.'

To be fair, Treacy will only be 27 later this year but there is nothing she hasn’t seen. The fearlessness of youth is gone. But she can bring that gentle helping hand or word that legends of yore provided for her.

'I do feel I have a lot of experience at this point, especially seeing the younger ones coming in, the likes of Méabh Murphy, who’s the bones of 18, 19. Orlaith Cahalane, minor this year. I remember when I was that age coming into it. That’s many moons ago at this point.

'It’s completely different. My first Ireland in 2014, I was 18 turning 19 and I was a bábóg. I was so small, light in stature but I was given a job. I remember, Matthew Twomey was involved that year and for the semi-final and final, I remember Matthew and Paudie speaking to me.

'I particularly remember marking Ursula Jacob in the semi-final in Thurles. They told me, ‘Ursula Jacob usually gets on x amount of possessions a game,’ – I think it was seven or eight – ‘but she tends to score from them. If you can count it down from seven or eight; you’ve turned her over once, you’ve only seven more. You turned her over again, then you’ve blocked her, now there’s only five more.’

'Now, I’m looking after myself and I’m focussing on that a lot leading up to the big games but also making sure the girls around me are okay. Because, Gemma O’Connor, Aoife Murray, Orla Cotter, the likes of those girls always looked after me when I was that age. Checking in on me, always being there on the pitch as an option for me if I was on the ball. So I’m trying to do that too for the younger girls.'

Having come in as a corner-back when the current chiselled frame had yet to be sculpted, Treacy then stepped into full-back when Anna Geary retired. Centre-back was always her natural habitat and she is the reigning All-Star in the fulcrum position now.

'I was in full-back for longer than I expected. I never ever expected to be playing full-back for the Cork senior camogie team and obviously I would play anywhere to be wearing the Cork jersey but centre-back’s completely different. You seem to be more involved in the game and linking up with players a little bit more and the option to go forward maybe that little bit more as well. So I’m enjoying centre-back.' 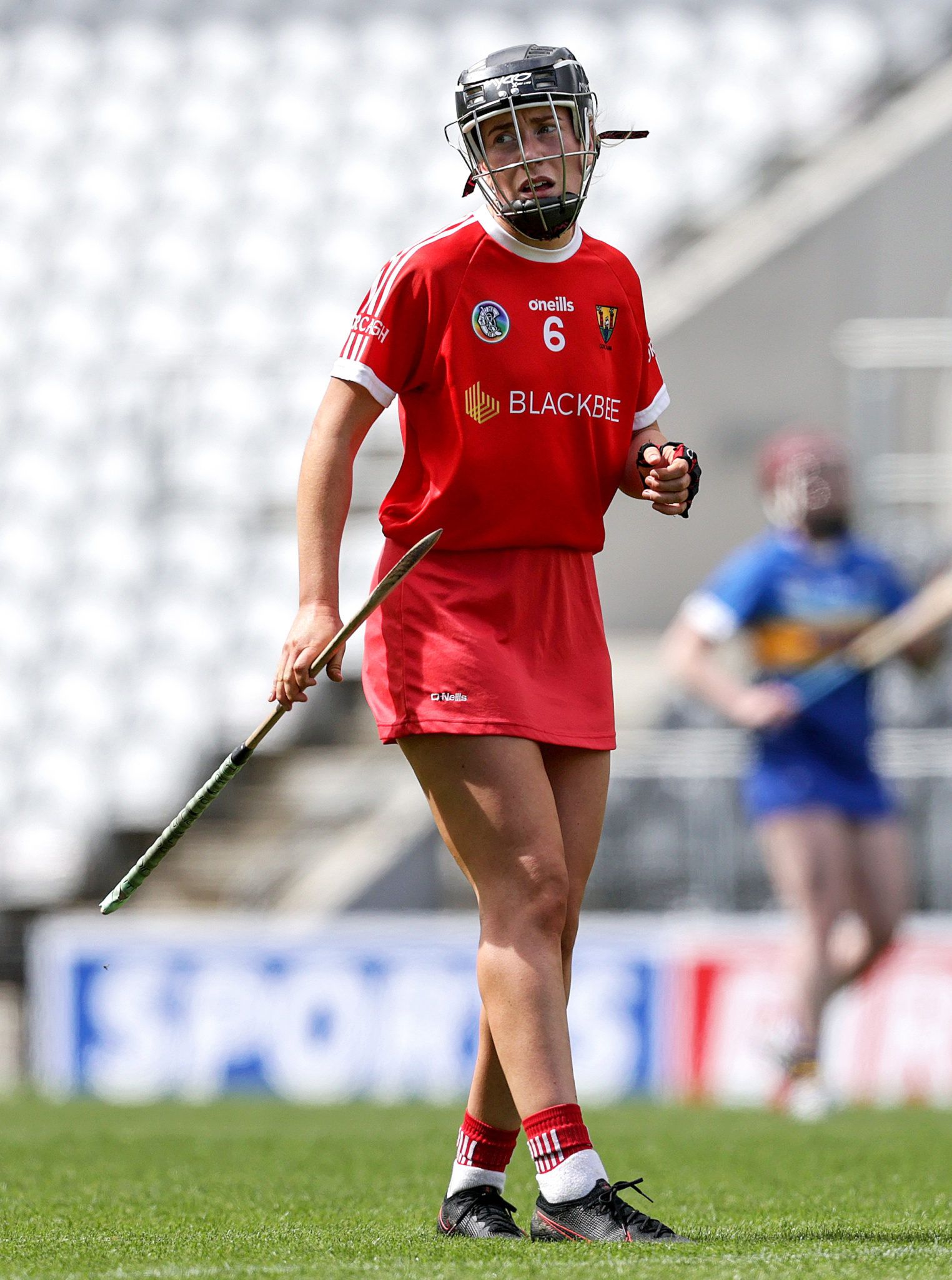 Laura Treacy will be a key player for Cork in Sunday's All-Ireland senior final.

She doesn’t promise the raking points á la Gemma O’Connor, happier to maintain her role as a defensive anchor and to supply the likes of Katrina Mackey, Sorcha McCartan, Amy O’Connor et al.

Kilkenny were the opposition in her first All-Ireland in 2014. Only Mackey and Ashling Thompson remain on the Cork team, though Joanne Casey is involved in the intermediates and the player she came on for in injury time, the legendary Jenny Curry (née O’Leary) is back for Armagh in the premier junior final.

Claire Phelan, Denise Gaule, Katie Power and Miriam Walsh survive for the Cats, while Emma Kavanagh and Leann Fennelly are still on the panel. They know each other well.

'Thinking back to the All-Irelands many moons ago, even 2016 when they beat us, they still have a lot of those players and so do we. So we’re well used to each other. We know what Kilkenny bring. They bring that absolute dogfight. They’re serious hounders. They won’t let you past easy and they really work hard at the simple things. It’s a big ask for us to match that I guess but we have to if we’ve any chance of winning this game.

'Throughout the year we’ve been hit with injuries, the loss of players like Orla Cronin through injury and stuff, so we have had to battle back from a lot and also dig deep to win games. That character is there. We showed that again against Waterford but if can’t show that character for a full 60 minutes or the immense work rate, we won’t come out with the win.'